When all else fails, it’s the personal relationships that save tech organizations

Curt Pederson has made a career of turning troubled organizations around.  Now at the University of Portland, he’s gone from being berated with insults about the IT department on his first day to being hailed as a miracle worker. His solution is simpler than you might think.

Pederson joined the University of Portland as CIO in 2013 at a time when morale was low and turnover was high. The university had had a revolving door of CIOs—the last one had tragically passed away—and the IT department was poorly regarded for only offering cumbersome and inadequate software solutions to students and faculty. 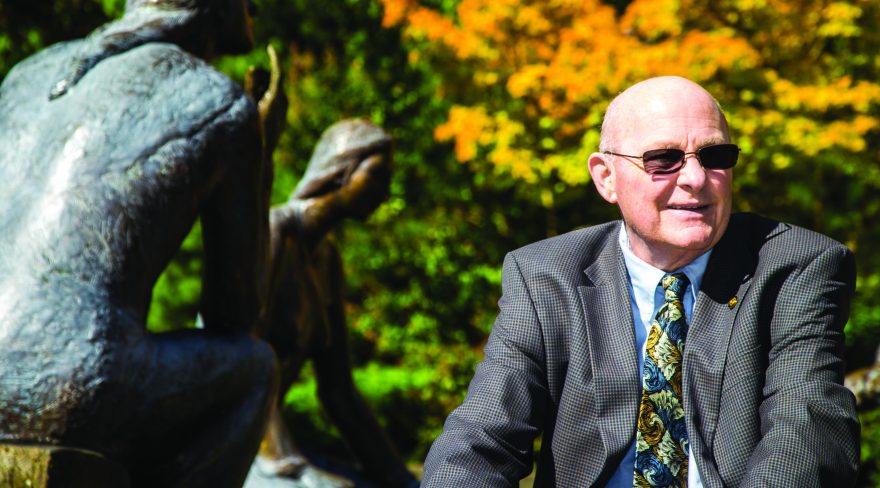 More than anything, Pederson was brought on to stabilize the organization, stop the spinning and improve damaged relationships.

This wasn’t the first time Pederson was brought in to turn an organization around. In fact, it’s the trademark of his career, and his motto “listen, care, respond” has made him successful time and again.

The first thing Pederson did when he arrived at the University of Portland—a thriving community of more than 5,000 students, faculty and staff, situated on a bluff overlooking metropolitan Portland, Oregon—was go on what he calls a “listening tour.”

“I walked around campus, and I ran into some really upset people, who weren’t happy with IT,” he says. “They said, ‘I don’t like what you do. You don’t do what I want.’ They really gave me an earful about our group.”

Pederson went back to the IT department and ripped its mission statement off the wall.

“I said, ‘I’m taking down the mission, goals and objectives because nobody reads them, and nobody refers to them,’ so I hid them behind a partition,” he says.

He told his new coworkers to do just three things: listen, care, respond.

The team started to ask priests, professors and staff what IT needed to do better. They were berated with complaints about the software platform that the university used for course registration, advising information, financial aid and billing and other academic administration tools but they listened, and they always gave an answer, even if it was just to offer an alternative.

“After three years, I get thank-you letters and kudos from people who were so angry with us they didn’t want to have anything to do with us,” Pederson said.

Pederson developed thick skin early in his career when he was made the interim chief financial officer of a large, public electric and water utility in Washington State right after it became, at the time, one of the biggest debtors in the largest public bond default in American history. What had been a utility with the lowest rates in the nation turned into a utility with some of the highest rates in the nation.

It became Pederson’s job, as interim executive director and CFO, to deal with angry rate payers and explain to bond holders that they would be receiving a dime on the dollar for their investments. The FBI got involved due to the growing protests, and there was fear of sabotage.

“I think that built my really thick skin,” Pederson says.

Pederson would drive to work in his ’79 Chevrolet Chevette. He wore an old rain coat and a thick beard.

“I could walk through the protestors, and they would never dream that I was one of the utility executives until I got out and started speaking or my face got on TV, but still I was more like one of them,” he says.

That ability to blend in and see things from different perspectives has served Pederson well and become a hallmark of his career.

While working fulltime and dealing with angry rate payers and bond holders, Pederson, a father of two, earned his associate’s degree, then his bachelor’s degree and finally his master’s degree in public administration.

From the public utility, Pederson was called on to become the first State of Oregon CIO. His new job was to consolidate several state-wide technology functions under one new division. As the state CIO, he convinced state agencies to consolidate their separate IT networks under one state network.

Pederson later asked the governor why she had hired him because, in his eyes, there were many more qualified people. “You want to know why we hired you?” Pederson remembers the governor saying. “Because everybody liked you and you were somebody we knew we could work with. I didn’t care about the other stuff.”

“I strongly believe that during your career, you will be remembered for how you treat people and not the grand projects we love to tout,” Pederson says.

Pederson continued to take tough but rewarding jobs, including CIO roles for Oregon State University (OSU), which had a multimillion dollar deficit in its IT department. It needed someone to make the tough decisions that would dig it out of the hole and still provide core services. While he was at OSU, he was also asked to be CIO for the Oregon University System (OUS), where he assimilated the central computing operations of four regional OUS universities and the chancellor’s office.

Along the way he fostered relationships that allowed for impressive accomplishments, like co-founding the Open Source Lab, an OSU nonprofit that that works to advance open source technologies. With Pederson’s help, Open Source Lab secured $300,000 a year from Google.

Open Source Lab had one student write his Google contact a handwritten letter thanking him for that financial support. Later when Pederson was in the Google employee’s office, he spotted the letter, framed on his desk.

“I strongly believe that during your career, you will be remembered for how you treat people and not the grand projects we love to tout,” Pederson says.

After three years at the University of Portland, Pederson is now remembered as a miracle worker. In his time there, he has made it a point to talk with the priests and makes sure IT helps to advance their projects, as well as celebrate the overall mission of the Catholic university.

At one point he called Father Charlie, one of the senior priests, and asked if he needed a new printer, which the IT department would buy with points it got from HP for purchasing printer toner. It turned out Father Charlie’s printer had failed the night before and he had prayed that God would find him a replacement. To Father Charlie, Pederson is now the guy who brought him the miracle printer.

When Pederson needs help, the University of Portland community goes above and beyond. One of Pederson’s coworkers has taken to driving Pederson because he is dealing with ongoing health issues. Pederson jokingly calls that coworker his Uber driver.

“He listens very intently and he asks me a lot of questions, and I find that a great compliment,” Pederson says. “Some of these employees are so personally grateful. I find it humbling and very kind of embarrassing because I truly love what I’m doing.”