Curtis A. Carver Jr. – University of Alabama at Birmingham

Results-oriented and no-excuses IT

Put yourself in the shoes and lab coat of a renowned scientist intent on curing Parkinson’s disease.

So beckons Curtis A. Carver Jr., who’s on a first-name basis with such researchers at the University of Alabama at Birmingham. And while Carver’s profession is directing info-tech, not biochemistry, he wants to be a partner in that scientist’s quest. 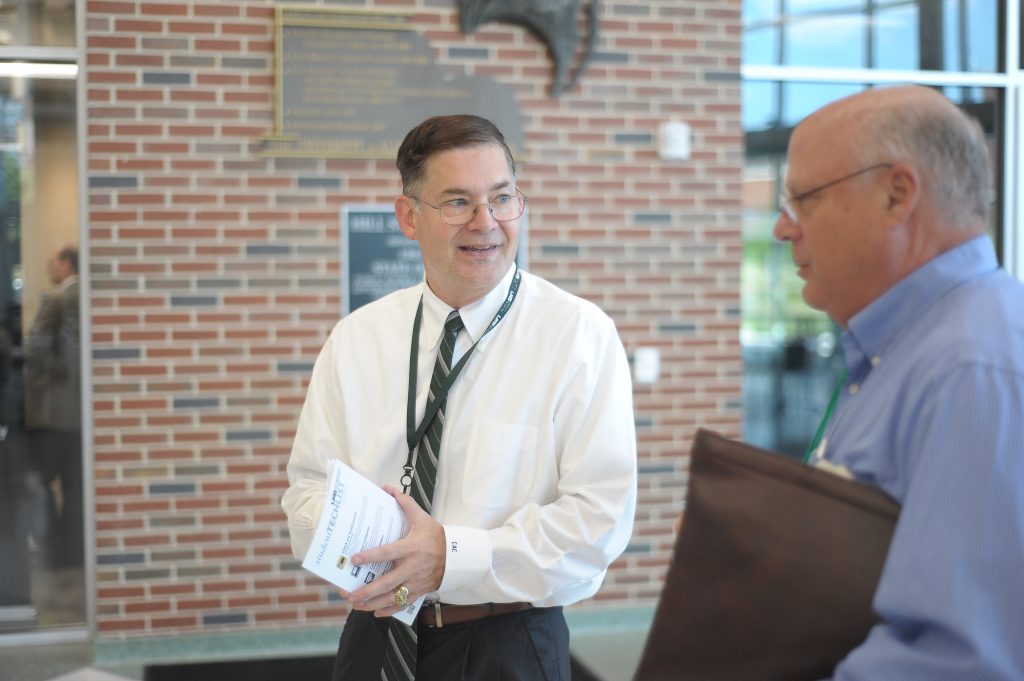 Therefore, right in the middle of some sensitive experiment, Carver says a note shouldn’t appear on that researcher’s computer screen, stating that his or her email box has reached its quota and to commence with deleting. Nor that the hard drive is using up too much space. Nor that the 90-day shelf life is soon to expire for the last easily-broken eight-letter password.

“There’s some variation of that scenario that everyone can relate to,” says Carver, who’s bent on removing all IT barriers that may impede any campus function, be it research, admissions, payroll or whatever. Indeed the IT’s been humming more smoothly at UAB since Carver brought his results-oriented, no-excuses approach to the campus in June 2015.

“Agents of innovation” is what Carver expects his 250-strong IT team to be, their mission enabling all-around campus efficiency. The collective intellect of UAB stands to contribute to a better world, Carver so often states. All the faster if IT helps rather than hinders.

“Universities don’t run on a 90-day schedule, they run on years,” Carver tells Toggle in the rat-tat-tat voice so befitting the West Point grad that he is. “We’ll manage the email and allow you unlimited storage and lasting passwords while you can solve Parkinson’s, and not have to tie up your efforts going through nine levels of a menu just to get to a common operation. An all-around win.”

And, like a coach, Carver’s keeping score. For upon coming to UAB after a similar role at the University System of Georgia, he outlined how the IT department’s big-picture focus would figure in its contribution to three general campus-wide goals: increasing revenues, improving cost-efficiency, achieving process innovation.

“I tell my team, ‘we don’t work on IT projects,’” Carver says. “We work on presidential imperatives.”

That president is Dr. Ray L. Watts, who embraced Carver’s Spark initiative, a crowd-sourcing website where all constituencies—students, faculty, administrators, staffers, community members—could submit, vote and comment on ideas for IT improvement. The ensuing feedback figured in the foundation of a strategic plan, and, after conducting 800 meetings in his first 100 days, Carver promised “100 technology wins” annually.

They’ve kept well ahead of the pace, Carver says, with victories including the aforementioned Parkinson’s scientist whose research has been aided by a high-performance computer capable of three experiments daily. Time was, when the system could be taxed by an experiment every three years. 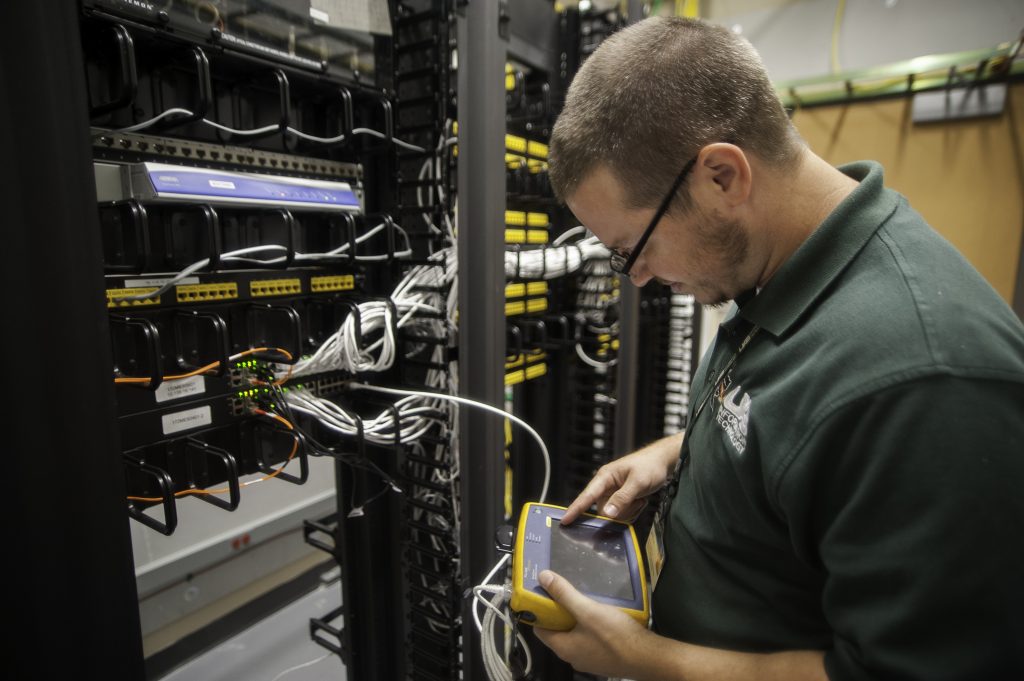 “The research curve has gone up exponentially,” he says. “That’s how Parkinson’s and other diseases will be cured; when you remove the barriers and let the researchers concentrate on their subject matter.”

Meanwhile, the next generations of researchers can take advantage of a simplified UAB visitation process that once entailed a 17-step procedure that Carver jokingly says demanded everything short of blood and urine samples.

“It’s since been basically reduced to ‘what’s your name, when do you want to come and we’re looking forward to seeing you,’” he says, adding that the admissions process now can link with an applicant’s social site, rendering additional user names and passwords that so many folks have trouble remembering, unnecessary.

“When people are trying to give you money, why would you possibly want to put up barriers,” muses Carver. And while he won’t take the lion’s share of the credit for increasing enrollment by 7 percent, he’s confident that streamlined IT has enabled the process.

“We’re one of the few universities growing in the U.S,” he says.

Always interested in high-tech, Carver says he opted for West Point instead of several other prestigious schools, and how transformational the military academy was, making first-year students study computer science. He’d graduate with a degree in the subject in 1983 and enhance it with a Masters in Computer Science and a PhD from Texas A&M, while spending 27 years in the Army.

“West Point was at the forefront in realizing how technology was instrumental to leadership in any field,” he says. “Just like if you didn’t know railroads in the 1860s, you couldn’t lead. Now without a technology background, your leadership ability is limited.”

His formidable hi-tech creds notwithstanding, Carver eschews the “Napoleonic approach,” leaning more toward leadership by example, not just for the IT team, but for all campus departments served. Raising the expectations of his own team has the largest of ripple effects through UAB, making it incumbent on other departments to perform to the best of their expectations, he says. Kind of like the biblical parable of: “To whom much is given, much is expected.”

Much is certainly appreciated.

Carver will always have fond memories of walking into a finance meeting only for it to turn into a celebration of the IT team’s early victories. More than once, while strolling with his wife on campus or downtown, he’s been approached and even hugged by someone whose name he didn’t always know.

But that person knew of Carver and his role in easing his or her duties. It’s a role he relishes.

“My life has been spent in public service,” he says. “I haven’t gone the commercial route. If I had I’d have made a lot more money. I’ve gone the route of giving back, an unrelenting journey of holding myself and others accountable while giving the tools to change the world. That’s been my path so far and how I’ll finish.”

That said, there’s a more literal path the 57-year-old Carver is pondering, upon retiring in seven years: the Appalachian Trail, the Georgia to Maine trek of 2,200 miles that’s been known to exhaust a man half his age. Should he chance upon any IT colleague on that path, Mrs. Carver won’t be there to witness any hugs. Unless, he says, it happens at one of the way stations where she’s agreed to bring supplies.