Claremont McKenna College (CMC) has been a fixture in undergraduate liberal arts education since 1946. Today, with more than 1,250 students in attendance, both undergraduate and graduate, the college has a curricular emphasis on economics, government and public affairs and is working to produce thoughtful, productive and responsible leaders through enhanced campus wide information technology (IT) and computer science implementations.

CMC understands that computer science pervades every sphere of society; it shapes how people communicate, socialize, work and play, gather information, make decisions and so much more. It is also the heart of major business innovations, scientific discoveries, public policy debates, research and development, arts and entertainment. 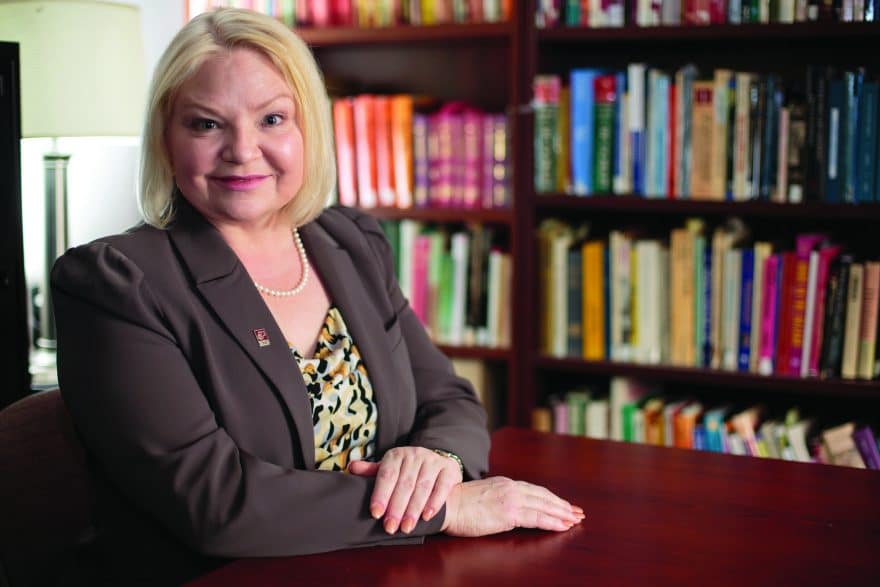 CMC has been committed to integrating the best in computer science education. Cynthia Humes, associate vice president and chief technology officer, is helping to move CMC’s mission forward. “Many of our students graduate with degrees in economics and business and we want to give them the real-world experience that counts,” she says.

Ties to the Silicon Valley

Part of Humes’s charge to improve the tech situation at CMC is not only sitting on committees and working with college trustees to seek funding for important programs, it’s also creating experience opportunities for students. “Starting in 2006 we organized a networking trip to the Silicon Valley,” says Humes. “We took 11 students to meet with c-level executives in tech.”

The program was an immediate hit and CMC now hosts an annual trip in January. Students get the chance to meet with companies such as eBay, Atlassian, Intuit and more.

“We developed this program with our board of trustees and now every Jan. 18 to 20 students attend the Silicon Valley Networking Trip,” says Humes. “They’re meeting incredibly important people in these companies and startups; they’re getting internships, positions and moving up to the area after graduation.”

The networking trip was so popular that CMC decided to create a semester-long Silicon Valley Program, whose mission is to provide students of the Claremont Colleges with an off-campus study alternative that allows students to explore theoretical organizational structures and apply classroom lessons to the daily tasks associated with an internship in technology.

Humes says she has seen a huge trend in the growing importance of computer science and student interest in this career path. “This is the biggest trend I’ve seen while at CMC; our alumni are increasingly moving into tech and I know I’ve played a part in that,” she says. “One of the most important influences was Bart Evans; he was a friend and longtime trustee who passed away in 2014. He was instrumental to our networking trip’s success and creation of the semester program. He always helped students find important industry connections.”

“10 years ago, CMC had 41 total registrations in computer science courses; in 2016, CMC will have 348, and we expect and hope that this trend continues,” she adds. This type of growth calls for a strong strategy to cultivate, meet, and channel the growing interest in computer science at CMC.

CMC also plans to create a computer science support and research lab for student projects. “Just as our writing center uses student advisers, a lab will require having a faculty adviser and advanced students who can help less proficient students to learn how to use the tools in effective ways,” explains Humes.

As computer science proves to be a promising career path with great demand and earning potential, CMC is not only providing the learning and experience tools; it is also offering financial support for budding computer science students. “We are developing a student financial aid and scholarship modeled as a mixed merit-need program, which will target about a half-dozen applicants per year who have an interest in computer science, liberal arts and leadership,” adds Humes.

With a doctorate in the history of religions and a specialty in South Asia, Humes joined CMC in 1990 as a religious studies professor. She has always been drawn to the utility technology brings to research and information gathering.

As a graduate student she assisted her Sanskrit professor with his Sanskrit text translations, using computer commands and search to streamline and improve the process. “In those days, there were no sophisticated font programs, so I inserted all of the commands necessary for the markup language to produce the special characters necessary,” she says. “I was able to show my professor how his translations of specific terms actually differed from day to day, and I showed him how the particular English words he used for a Sanskrit term were also often affected by particular contexts without his awareness. Once I showed him the commands to run all of the instances in which a term appeared, for example, he could review and make more informed decisions. That was not possible before using the computer program.”

“My professor was amazed at how moving the Sanskrit and its translation to a digital format made the process of translation more nuanced and accurate. Many years later he received an award from the government of India for preserving many ancient manuscripts,” adds Humes. Using technology as a tool to help drive research has been her passion ever since.

While a professor at CMC, Humes became the director of a teaching research center and led a program to implement a single learning management system across all of the Claremont Colleges with the help of a grant from the Mellon Foundation. In 2005, she stepped into her role as CTO. “I’m an active academic and writer,” says Humes. “I still teach a class each year although I’m thoroughly engaged in my tech role because I adore students. I want to make their lives better and improve IT for them, faculty and staff.”

With the help of dedicated trustees and strong industry connections, Cynthia Humes and her colleagues at Claremont McKenna College are ramping up integrated computer science and research programs that prepare students in the classroom, while bridging them to promising in-demand careers.