How many academic researchers does it take to transform high-speed computing?

If you’re expecting a snappy punchline instead of the word “analog,” look for another joke.

If you’re looking for a story about how the supposedly antiquated technology could power the U.S. in the coming decades, read on about Dale Mugler and his work at Ocius Technologies USA. 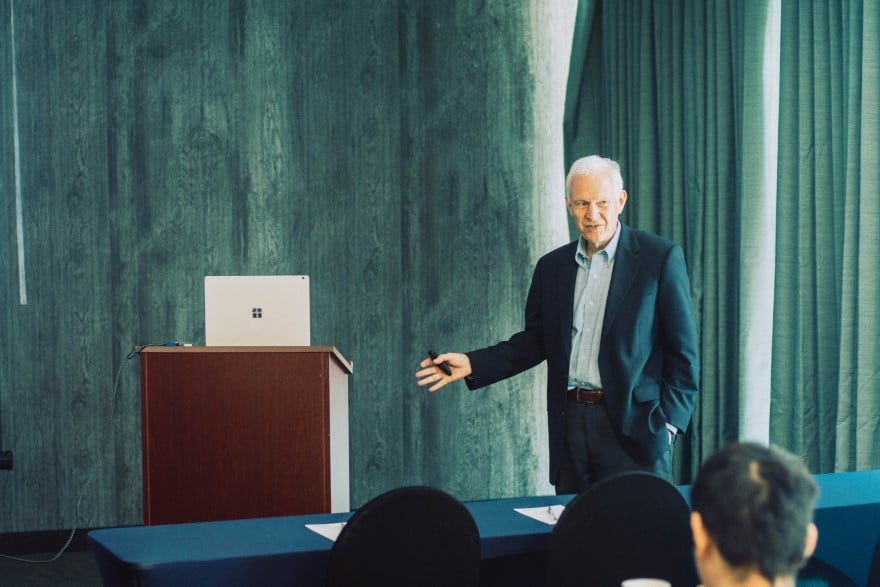 Only it’s not just about Mugler, because creating an analog chip with processing speeds that blow the doors off any digital chip in the industry is about his three colleagues, too. In fact, they’re the ones who initially put Ocius (Latin for “faster”) in motion to help make nuclear fusion power a reality.

“Only people of a certain age remember analog computing, and they have a vision of these giant boxes filled with vacuum tubes,” Mugler says. “But while digital computers give a speed measured in hertz, with analog the current just flows, just like light flows.”

Chip off a new block

Based in Akron, Ohio, Ocius Technologies was founded in 2014 and soon received a grant from DARPA, the U.S. Defense Advanced Research Projects Agency. The application for the initial $150,000 grant was assisted by the University of Akron Research Foundation; from there the company was born, says Mugler, the chief technology officer.

The first DARPA grant ran for 18 months and Ocius is now funded through a second phase agency grant of $1.65 million spread over three years. The grant expires in September 2020.

“This is government seed money that is put to a good use,” Mugler says about making analog computer chips that can play an enormous role in the future of nuclear energy and autonomous vehicles.

Mugler, who is joined by senior researchers Arjuna Madanayake, S.I. “Hari” Hariharan and Soumyajit Mandal, is not a typical CTO. 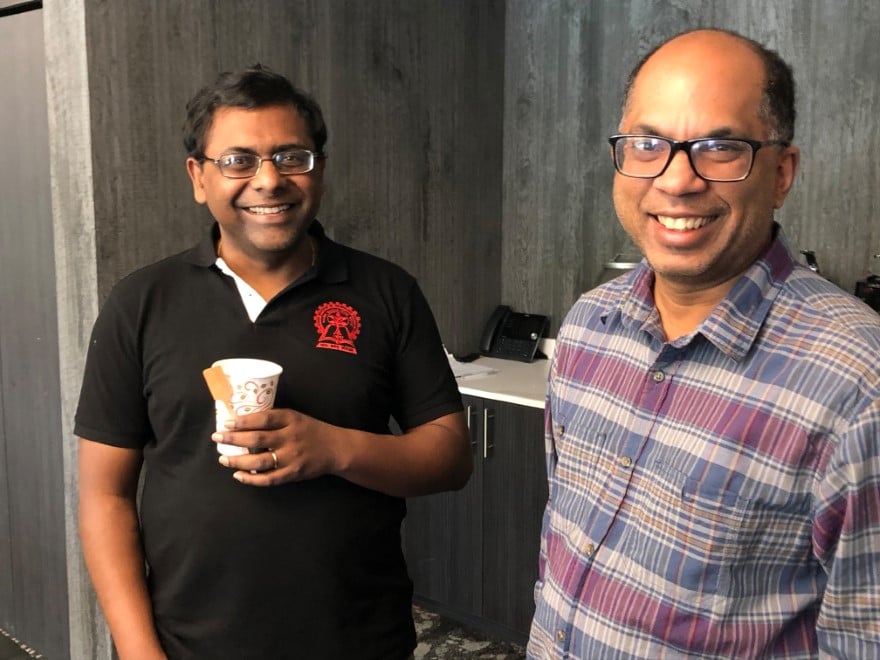 He credits Madanayake and Hariharan as the first to approach DARPA on developing analog chips, and Mugler considers himself the organizer who bridges the research and lab work with business development. Hariharan’s equations and algorithms drive Ocius’ simulations and testing. Mandal brings his expanse of electrical engineering knowledge to making the chip’s circuitry.

“We’ve concentrated on complex physics simulations—modelling the wave equation and systems for electromagnetics and fluid dynamics,” Mugler says. “I review reports and talk to our team members individually, but I spend as much time on business development as anything.”

At 3 mm by 3 mm, the analog chip can fit on a fingertip. However, it packs more power than a heavyweight champion’s punch, making calculations hundreds of times faster than its digital counterpart when linked to a digital computing mainframe, Mugler explains.

The chip could be integral in processing and calculating data to operate autonomous (driverless) vehicles, and significantly reduces the modeling time needed in researching nuclear fusion reactions. 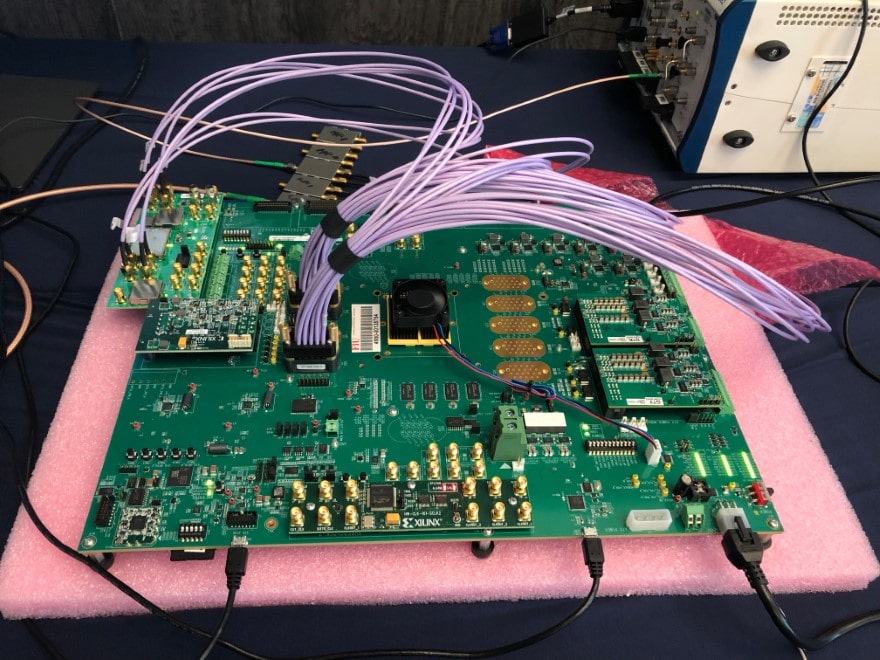 Testing the 3 mm x 3mm analog computer chip (small, in center foreground) on a circuit board

When it comes to nuclear fusion, don’t think of Chernobyl or Fukushima, two nuclear fission plants that overheated and melted down, creating environmental and public health catastrophes.

Instead, think of the sun, where hydrogen atoms merge to form a plasma releasing heat and energy. Energy released from nuclear fusion can generate enormous amounts of power without the toxic nuclear waste that results from nuclear fission.

But in labs replicating the fusion process, the plasma becomes so heated it will melt its storage containers, Mugler says. So it must be contained in magnetic fields, which are now simulated. Calculating equations and data from the simulations can take months or longer with a digital chip, but an analog chip does it way faster and way cooler. 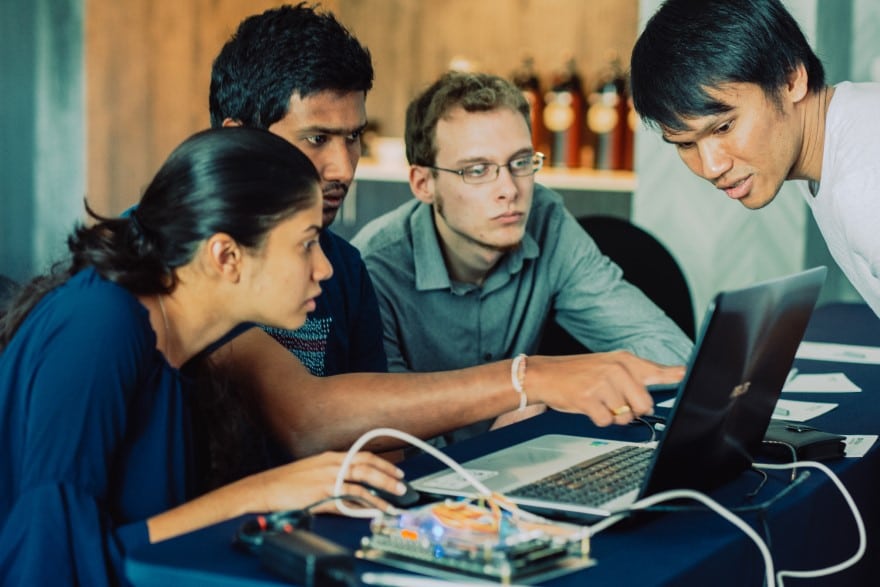 “We always felt they would be superfast and the low power is an added bonus to me,” he says. “Just think of all these large companies with banks of servers that produce a lot of heat. We can help them run faster and cooler.”

When the chips are down

Madanayake, Hariharan and Mandal guide the research, working with Florida International University and the University of Florida with teams of graduate students, where they also teach. As he did when pitching the chip to DARPA, Madanayake also travels widely to show how the chip can be applied as a research tool. 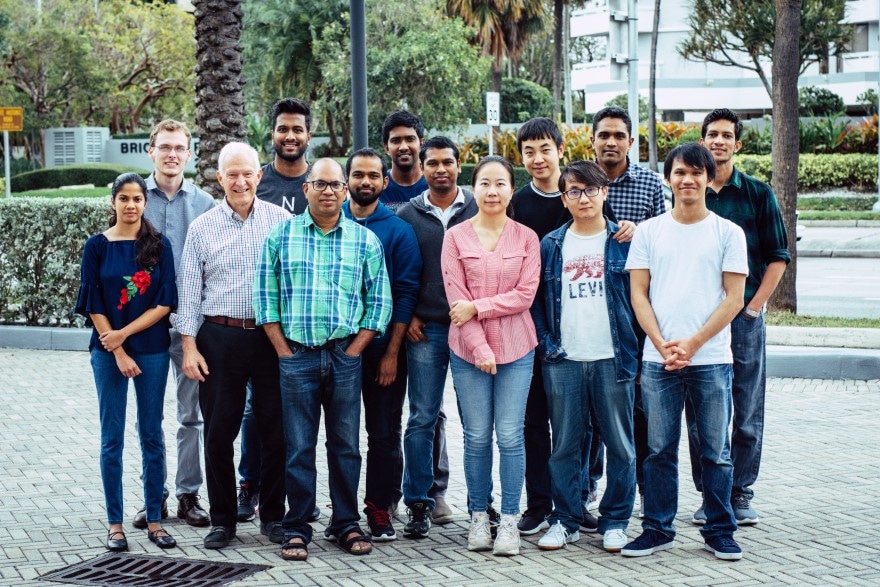 “We really understand each other although we don’t have the same backgrounds, so we tend to bring different things to research sessions,” Mugler says. “I take an overview. When researchers get involved deeply in a problem, they can sometimes overlook things a person who’s overseeing can notice and direct a way to go.”

The lab settings for making and testing chips are dramatic, he adds.

“There is certainly some analytics but this is a hardware approach, so the labs are pretty interesting places to be because there is so much equipment around,” Mugler says. “Just hooking up the chips to test them is interesting because they are so small. You see all this equipment and this little chip.”

The meeting of the minds that is Ocius draws from a very deep well of research in scientific disciplines and Mugler brings his own lab cred to the process, too. 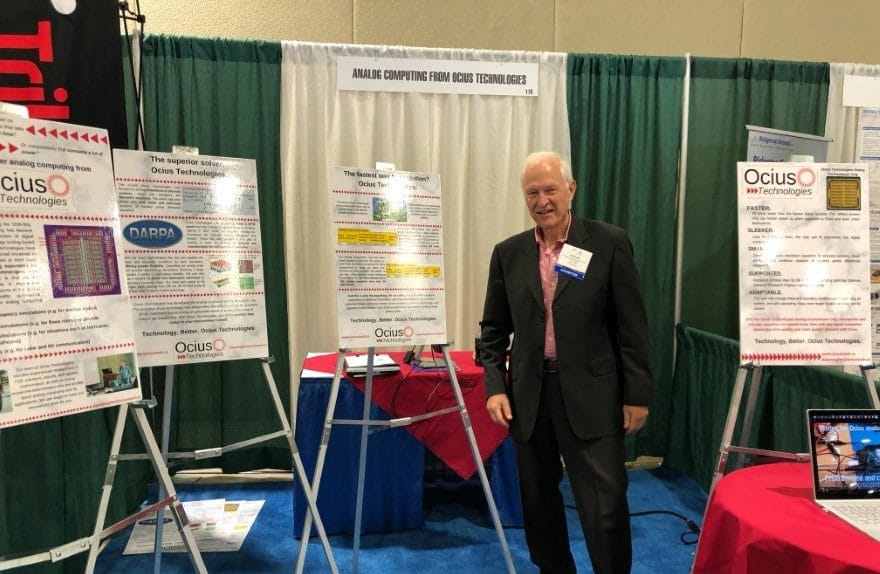 Mugler is averse to singing his own praises but was a drum major in the marching band while in undergraduate school at the University of Colorado, and now enjoys singing in and directing church choirs in his leisure time.

He’s cast in a director’s role at Ocius, too, but it’s the chorus of brilliance that gets the credit for reinventing technology that had been cast aside.

“This is something that’s cutting edge and will be transformational for society,” Mugler says, “but it has taken some really driving forces supplying all kinds of ideas.”