The secret to 18 straight years of growth? For Telestream, it’s about moving quickly yet carefully.

When he first met Shawn Carnahan and Steve Tilley at a preschool function 22 years ago, Dan Castles says he was just trying to shoot the breeze and keep his sanity around dozens of screaming children.

Castles struck up a friendship with the two other fathers and says he quickly learned that Carnahan and Tilley also worked in technology, specifically in video. After meeting often over the course of four years to discuss both business and life, Castles became business partners with the two friends and together they founded Telestream in 1998. 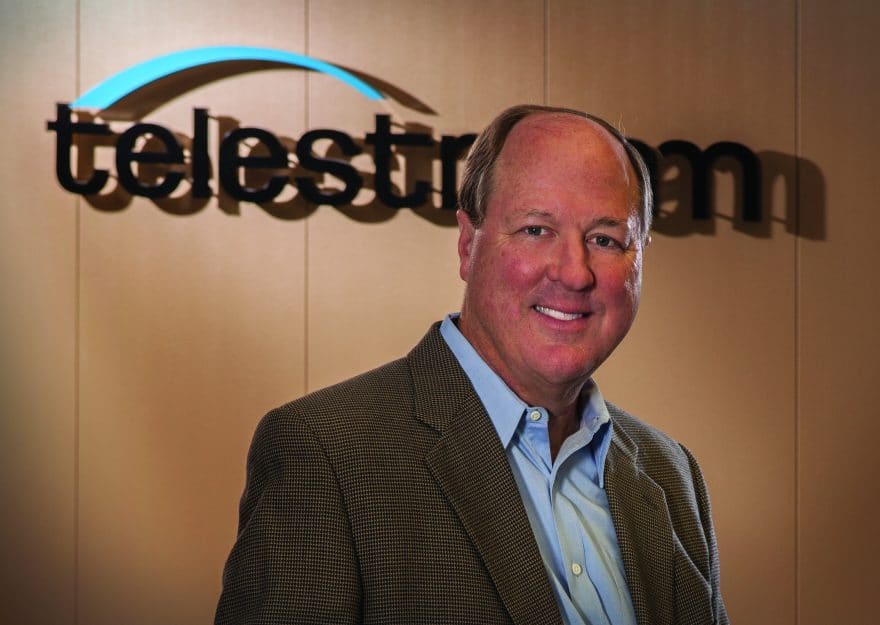 Now, 18 years later, their kids are all adults and their business has matured as well. What began as an 11-person startup has grown into a 250-person company that services virtually all of the United States’ top broadcast groups and 82 Fortune 100 companies.

Castles says that working with major corporations and broadcasters lends Telestream the stability to pick what new products and services the company invests in rather than desperately grasping at the most popular trend for its revenue—always a temptation in the tech world. At the same time, he says Telestream is still small and nimble enough to roll out new products quickly.

“We’re a very nimble, opportunistic company that’s stayed on a high level path,” he says. “Because we’re agile, we can step carefully.”

One piece of software to rule them all

All of Telestream’s high-end products contribute to the goal of making it easier to edit, send and stream video files between different file formats, devices and applications. To do this well, Castles says it’s important to stay connected to content creators. For Telestream’s most high-end products, the content creators are major networks like CBS, CNN, FOX, CBC and media companies like Comcast and MTV, among others.

In fact, Telestream is so highly regarded by the media and entertainment industry that it won an Emmy in 2015 for technology and engineering.

Telestream’s marquee product is the software suite known as Vantage that can transcode or convert video files to all commonly known file formats. The software can also automatically detect and fix errors within video files and even automatically create captions. The Vantage Traffic Manager, an optional part of the software suite, automates time-consuming jobs like inserting commercials into video files for a variety of stations without requiring a person to manually oversee each insertion for each individual station.

Catering to many markets

While Castles says that “[working with] broadcasters, postproduction and cable companies pays the bills,” it also lends Telestream the financial stability to explore new and emerging markets. It’s important to the company to cater to individuals and small businesses as well as billion-dollar goliaths.

Beyond Vantage, the company offers software geared for smaller businesses and even individuals. Products like Wirecast are used by churches and schools to produce and edit live-streaming videos of local events. At the very bottom of Telestream’s price spectrum are completely free programs that help individual Mac users play Mac-based files on Windows Media software.

“If somebody’s got a story to tell, there are so many products to improve and simplify how you get the content from your head to the viewing audience,” says Castles. With its range of large and small software packages, Castles says the company has no “blind spots” when it comes helping content creators.

In addition to creating products for a variety of price ranges, Telestream is rolling out technology solutions for customers who need both software and hardware. “We are, by DNA, a software company,” Castles explains. So Telestream has partnered with hardware company Arrow OEM Computing Solution to offer clients a bundle package of Telestream software pre-installed on servers and motherboards.

Though Telestream is expanding its products and services to take advantage of new technologies, Castles says there is a fine line between innovation and buying into hype.

“Small startups will ignite around one trend and hype it to death because they’re entire existence is built around it,” he says. Similarly, giant companies must decide to either go all in on a trend or ignore it completely, because they lack the agility to change their minds.

Telestream is positioned perfectly in between these two extremes—it can afford to be more cautious than startups when first considering a trend because it has plenty of reserve cash, but is more maneuverable than a massive corporation because it doesn’t need to run its decisions through countless executives, departments and boards of directors.

Castles says a good example of costly hype is formatting movies and television programs in 3D. “All the trade shows and production companies were hyping it,” he says. “We took a pass though. We thought that because we were nimble, we could get back into it later.” In the end, Castles says, “we were right and there was no market.”

Not only does being selective save Telestream money, but it lends to the company’s credibility. Castles says he “despises company spin” and would rather improve the company’s identity through sound business practices rather than rampant marketing and hype.

Castles says an outsider might, “conclude that we’re slow to do something brand new.” But he adds, “I think that’s a compliment because it means what we’re already doing is working. How would customers view it if we got distracted [by a trend] and did something insane?”