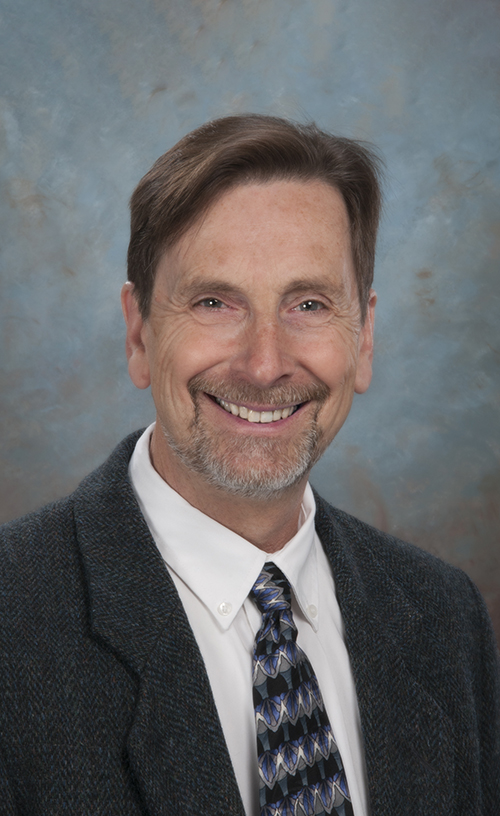 The printing revolution was kicked off by German Johannes Gutenberg’s proto-printing press, first used in 1440. By some accounts, that revolution is still underway. Except you can forget about the messy ink and toxic lead castings. Instead, think digital printing which, like the digital revolution surrounding it, has the power to disrupt the status quo and transform industries.

Dan Harrison knows this as well as anyone. After spending 16 years at the iconic Eastman Kodak—a stint that ended in 1998, just as the digital revolution began in earnest—Harrison joined digital printing pioneer IIMAK, where he now serves as CTO.

Based in Amherst, New York, and founded in 1983, IIMAK develops and manufactures inks and supplies for industrial and medical applications. The company employs more than 1,000 people worldwide and has additional manufacturing, distribution and sales operations in Belgium, Brazil and Mexico.

At its core, digital printing allows users to directly transfer a unique image with every impression—unlike analog printers, which reproduce many copies of the same image and require an involved setup process and more (costly) physical resources like ink.

The rapidly evolving digital technology has many benefits, including the mass customization of printing, e.g., printing sports uniforms with individual players’ names and numbers. It’s less expensive, more efficient, safer for the environment and enables printing on a wide range of items and materials, even metal. 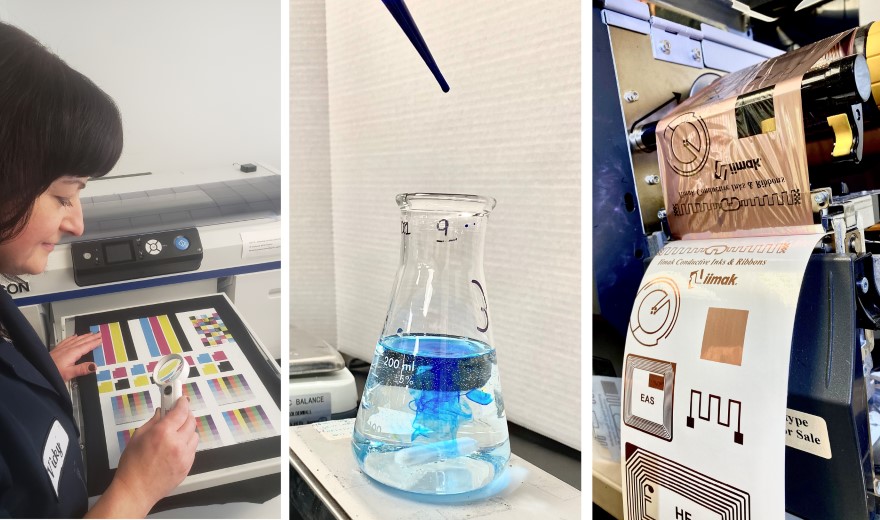 Harrison, though a digital printing technologist, is also a chemist with a bachelor’s degree in chemistry and a Ph.D. in polymer materials science from the University of Connecticut. He earned his MBA at the University of Rochester’s Simon Business School, making him a businessperson as well—with more than 100 patents under his belt.

“I was one of four people on the original team that developed a digital printing method for photographs at Kodak,” Harrison says. “I developed the paper that would hold a stable photographic image that would be durable, resistant to fade and also feel like a photograph—just without the darkrooms, developer baths and other wet chemicals.”

Over the 15 years he worked on the project, the derived business revenue grew from zero to a billion dollars for Kodak—until the smartphone camera made printing pictures less of a thing.

With his move to IIMAK, where he continues to innovate, Harrison says digital printing is “fundamentally changing many different industries and will continue to evolve,” adding, “I guess I’m doing the same. New challenges open your mind up to new ideas.” 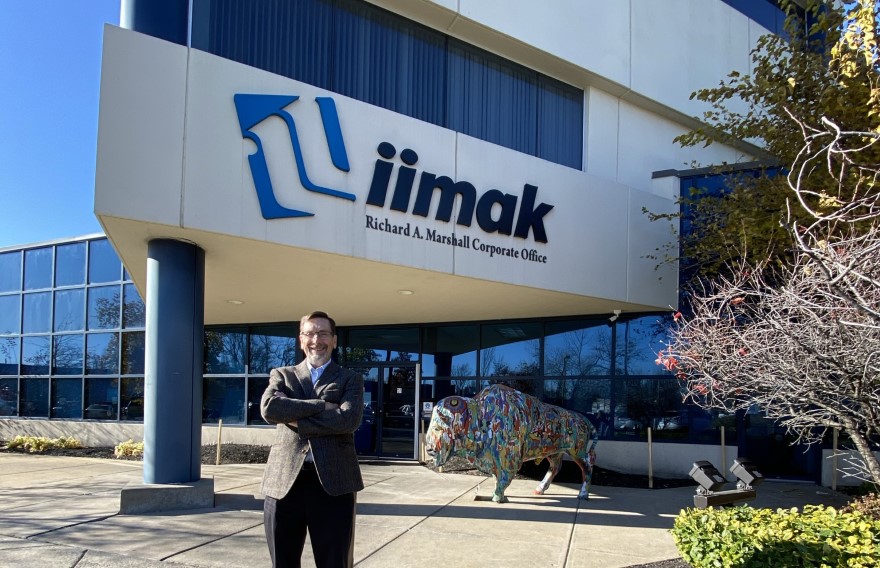 “Digital manufacturing is an extension of digital printing,” Harrison says. “I think the term is just starting to be more widely recognized as the technology evolves and becomes more widely available.”

It’s also changing how America’s most iconic fashion item—denim jeans—is made. For years, manufacturers went to great lengths to make jeans appear worn and faded by washing them repeatedly, a process that created large amounts of pollution. Through digital printing, none of those steps are necessary. Instead, the dye is printed in predetermined patterns to give the appearance of wear.

Digital manufacturing is also set to transform the electronics industry, he notes.

Harrison and his team are currently working on digitally printed flexible circuits. These can be designed, printed and adapted instantly as opposed to the conventional approach, where companies send a CAD drawing and wait for the board to be made. This allows circuit designers to test and advance designs much more quickly. 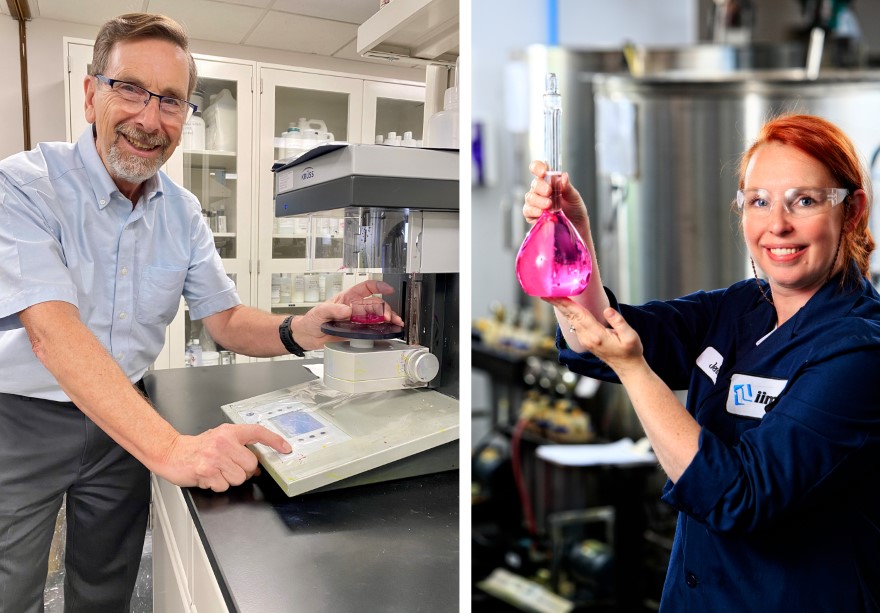 Harrison works with customers and industry organizations to increase awareness of this new technology and to support the development of new applications. For example, he’s deeply involved in developing RFID tags (the new bar code), as well as other innovations, via Metallograph® printing. It’s a critical aspect of the ongoing development of the IoT.

A few of the many uses of this increasingly eponymous technology: automatic alerts for perishable materials during shipping, individual machine parts signaling for replacement, and over-arching benefits like inventory management and monitoring long-term sales trends.

“Electronics and digital printing are allowing us to integrate RFID onto smaller and smaller packages—sometimes right on products,” Harrison explains. “This reduces waste and opens up a whole range of new uses for the technology.”

Digital printing of variable information including lot numbers, expiration dates and bar codes onto manufactured products continues to be a key focus at IIMAK. Harrison and his team are evolving these legacy digital products to superior levels of performance while reducing cost and waste. Future products will be more easily integrated into the packaging process, eliminate unnecessary components such as adhesive labels, and have superior durability and fade resistance.

Overall, digital printing is being accepted as quickly as the technology warrants. It’s not capital intensive, meaning companies don’t have to commit to a multimillion-dollar piece of equipment. The cheapest digital printers cost around $1,000 while industrial printers run anywhere from $10,000-$250,000. 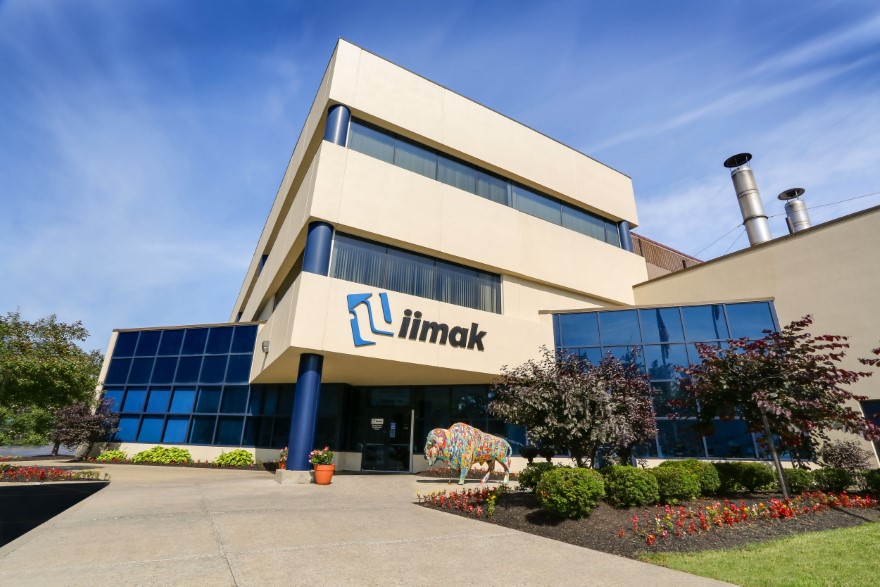 “From here on out, we’ll probably see companies investing in purely digital printing solutions,” Harrison says. “The IoT will drive many new applications for digital printing, the idea being everything is connected in a way in which information from a device or item is automated and allowed to communicate with the world.”

A born problem-solver, he says he loves to help create new products and support innovation.

“As a kid, I always wanted to be a chemist. I never dreamed of being in the printing business, but I’ve had the opportunity to participate in an industrial revolution of sorts,” Harrison says. “I learned to deal with failure and realize it’s a temporary thing at a young age, due to a learning disability, and it’s served me well ever since.”