Seeing the forest —and the trees

You might say Dan Raiha uses tech to help people see the forest for the trees.

The CIO for the Idaho Department of Lands makes sure Idaho uses data to best manage 2.5 million acres of land. 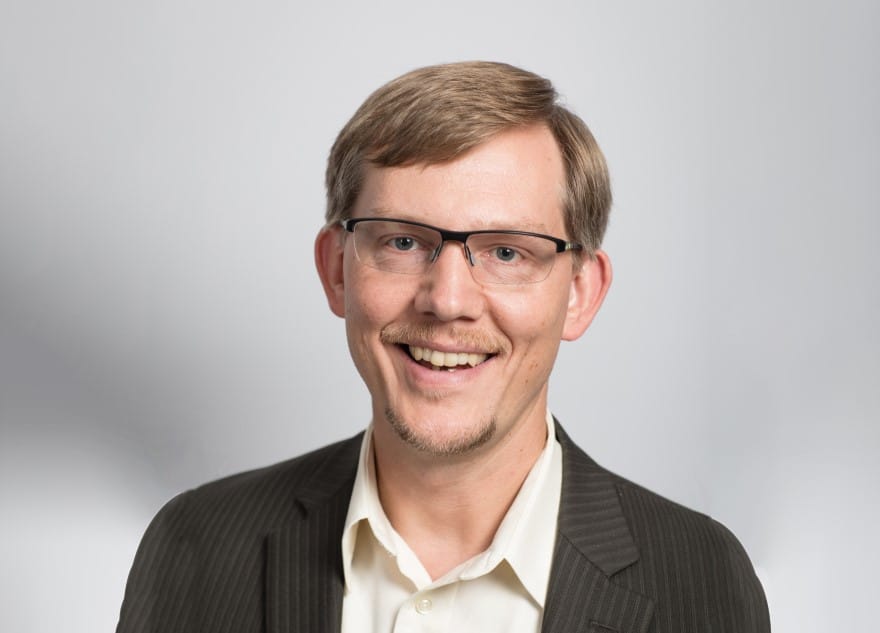 That’s a perfect role for an Idaho native with a degree in mathematics and a deep appreciation for the outdoors.

“We are enabling foresters to enter info once then have it available for others to use, instead of multiple entries into disconnected documents, or losing all accumulated knowledge when people retire,” he says. “It ensures that their timber sales are sustainable for future generations and yet will still generate enough revenue to support the state in the moment,” Raiha says.

Raiha has achieved this tech-fueled brand of stewardship by creating the Land Information Management System (LIMS), software aimed at providing foresters the data they need, where and when they need it.

The land managed by the Idaho Department of Lands—about 5 percent of the state’s area—is owned by 9 endowments such as public schools and other institutions. The lands were granted to the state in 1890 at the time of statehood to be managed in trust. The department aims to maximize long-term return for those institutions via timber sales and other activities. 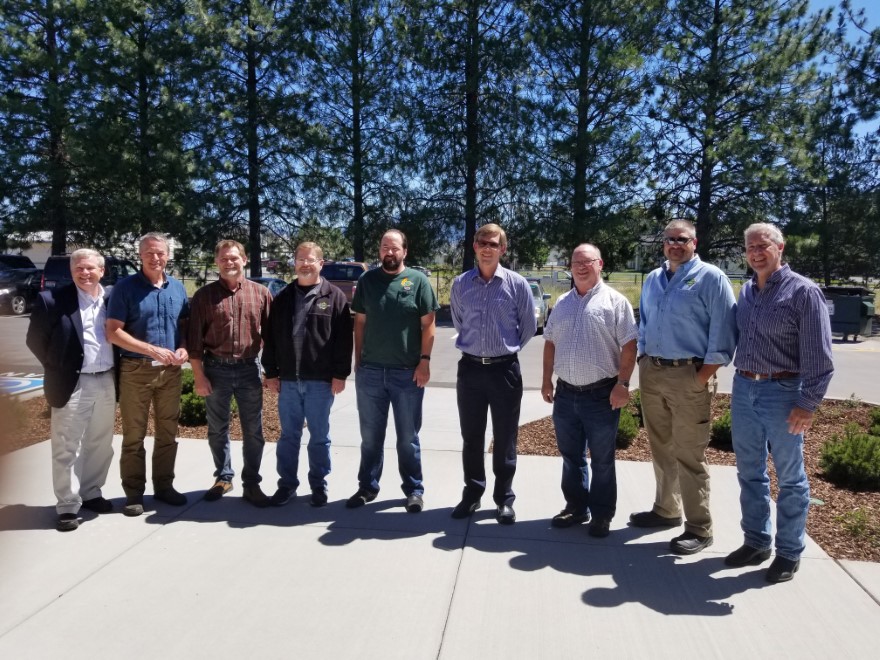 Of 900,000 forested acres, there’s a subset of 600,000 actively managed acres and a 300,000 less-productive or inaccessible acres. For the longest time, that was about all the detail Raiha could wring out of his systems without printing something out or opening a spreadsheet.

“We didn’t previously have a central system at all,” Raiha says.

So began a needs assessment in 2007, which eventually led to what would become LIMS, “a couple different software systems combined” that Raiha started designing in September 2013.

LIMS looks at forest inventory on a stand level. It both tracks standing inventory and uses growth models to predict future growth; and logs day-to-day activities like timber sale planning and completion.

Out on a LIMS

That growth and yield information feeds harvest models that optimize long-term financial return while accounting for biological and other constraints. Over the next four years, IDL will increase harvest by nearly 30% based on the more accurate data provided by LIMS. Robust data availability also allows foresters to take advantage of market trends. 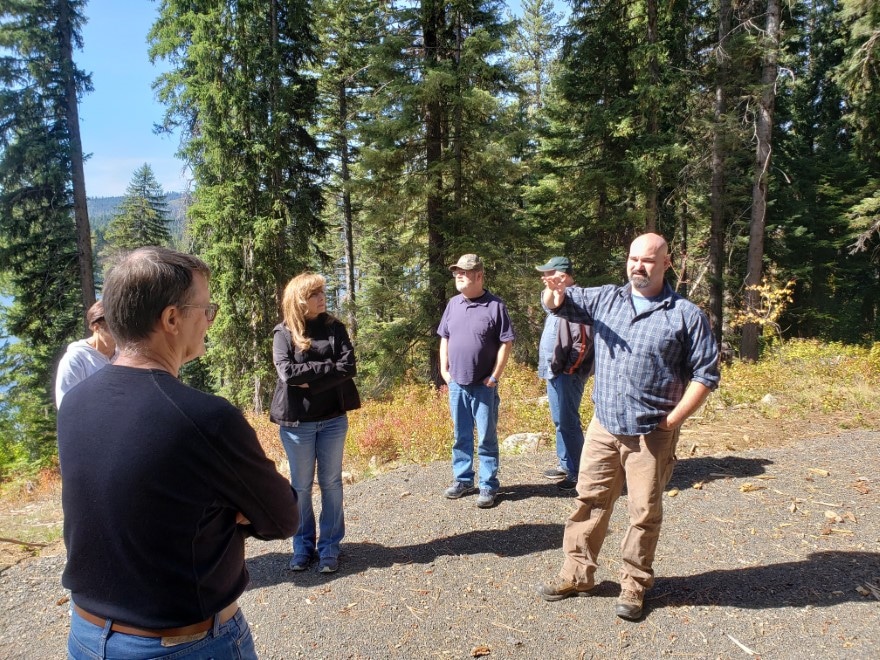 In the meantime, LIMS has made harvesting decisions much easier, driven by biological considerations such as when stands are most valuable for harvest, plus practical logistical considerations: Is there road access? Can they plan sales together to achieve economy of scale?

As would befit a leisurely walk in the woods, Raiha sometimes likes to harken back to the good old days some 25 years ago when desktop GIS was first used at IDL. “PCs at that time lacked the processing power to manage information at a useable scale. Today’s systems easily handle statewide data sets, even with much greater detail.”

“LIMS allows us to be more responsive to changing conditions on the ground, whether there’s an insect or disease infestation of some kind which could rapidly result in trees not being marketable, we can capture the value more quickly.” 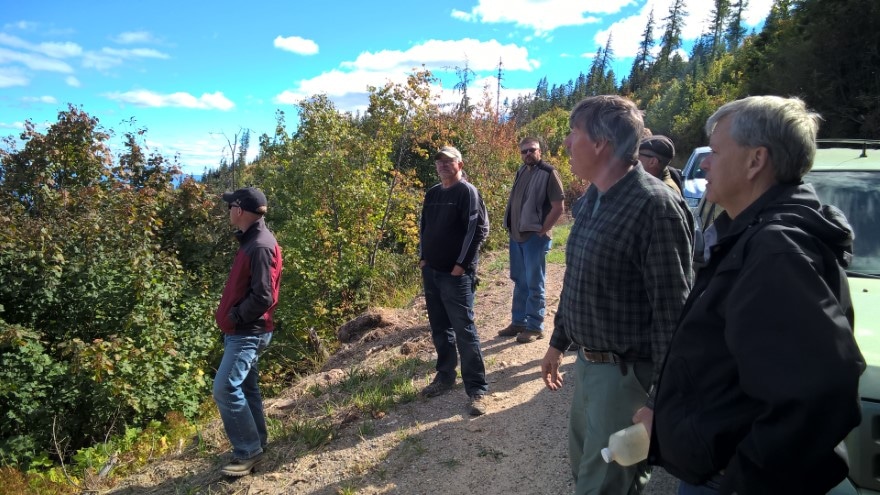 GIS could tell the location of a stand, but not the advanced metrics LIMS offers on the entire lifecycle of stands—from measurements of the tress, to whether they seeded naturally or were planted, to whether the trees were treated.

“It’s spatial and it’s also interconnected with all of the other activities we’re tracking in the landscape,” Raiha says of LIMS.

And, actually, Raiha is not taking that leisurely walk in the woods.  His team is busy using LiDAR- and PhoDAR-based data collection to leverage the comprehensive information available in LIMS.

“Idaho has among the worst cell reception of any state,” Raiha says. “So we still do rely on handheld and mobile radios for real-time communication. It’s tried-and-true technology that really works.”

Raiha earned a bachelor’s in mathematics but has always been passionate about forestry because of his deep appreciation for the outdoors.

Being born and raised in Idaho, he has always been motivated to protect the natural beauty of his home state. 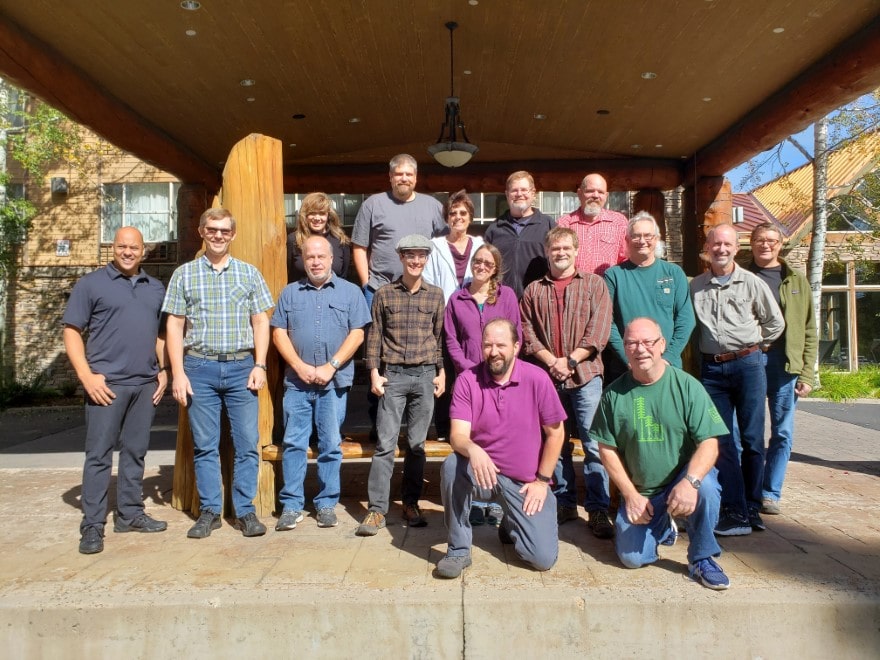 That must be why he began his career with Idaho Department of Lands as a seasonal wildland firefighter in 1992 while still in college and has spent most of his career there.

It even runs in the family; his uncle owns and operates a nearby mill and Raiha does small-scale forest management on his own 9-acre property, including logging and replanting.