Tech for investing is more than ‘bits and bytes’

While commercial real estate investing hasn’t quite resumed its robust pre-COVID ways, it’s been far from dormant. Then there are the many investors taking advantage of low interest rates by refinancing their properties.

All of which spells more opportunity for NorthMarq, the nation’s largest privately owned mortgage brokerage, and where Daniel F. Ritch has been entrusted with optimizing operations through technological upgrades.

A veteran tech professional who joined the Minneapolis-based firm as senior vice president and CIO in the autumn of 2019, he oversaw major initiatives last year, allowing the internal team to improve their output, with more upgrades expected to be in place by mid-2021.

“How have things been here? Awesome and exciting,” the affable Ritch tells Toggle in February. “We are investing and executing our vision and doing well despite the pandemic. Our business seems to be thriving as our customers look to capitalize.” 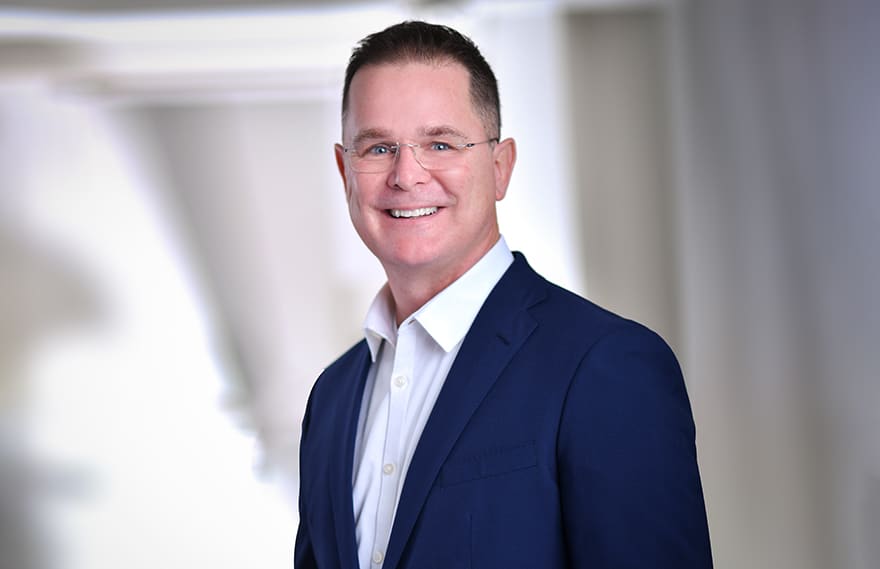 He and his team of seven direct reports and around 20 others intend to make it easy for the NorthMarq staff to aid those seeking debt, equity and loan servicing from the firm’s financing options.

The infotech team got off to a good start in 2020 with the implementation of Enterprise!, a loan management system to support NorthMarq’s $62 billion servicing portfolio. A program that streamlines asset management, investor reporting and loan servicing and accounting, Enterprise! is noted for increasing productivity, reducing operating costs and improving workflow.

But that was just one of last year’s upgrades, another being the migration of NorthMarq’s existing activity and data from a legacy system into a Salesforce platform that harnesses Agile concepts, enabling internal staff to essentially take the technology for granted, while focusing on clientele.

And more is en route.

The ambitious infotech agenda hasn’t skipped a beat as 2021 progresses, with Ritch overseeing automation and further digital transformation. Of the former endeavor, he says his team has mapped the business every step of the way, all eyes focused on automation and freeing staff of mundane tasks. 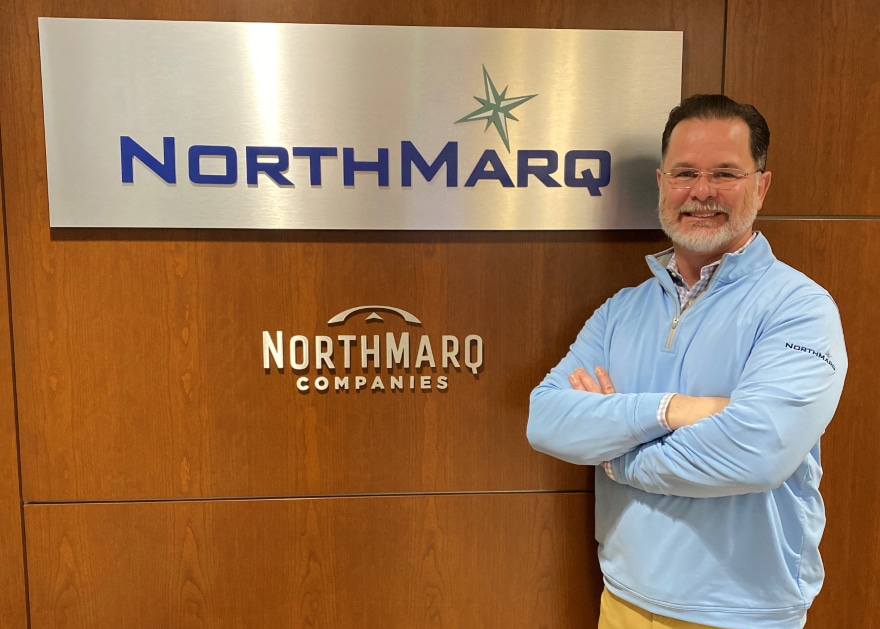 “We also feel that going robotic helps us on the front end with docu-sharing,” he says. “There’s a ton of opportunity for us to get better and better with customer service.”

As far as the digital transformation goes, Ritch hopes to have a revenue-generating product line in place by next year. That should prove popular, he notes, with NorthMarq’s primary clientele who buy trailer parks, condo and apartment complexes, and retail space. With the firm able to access capital from life insurance companies, banks, Fannie Mae and Freddie Mac, and commercial mortgage-backed securities, there’s likely a solution for every client.

“We want our data to be as mobile as our people,” he says, echoing a company phrase.

Ritch has shown much mobility throughout his career, even coming into infotech unconventionally, having majored in history at Eastern Michigan University and initially intending to teach. He has done that in multiple roles, only about here-and-now technology rather than the events of a distant past.

And he’s satisfied some very demanding people along the way. Including one particularly notable man who addressed him as “young fella.”

That was the late H. Ross Perot, whose company hired the then 25-year-old Ritch during the late 1990s to teach an infotech curriculum in Dallas and Detroit. Up until that point “young fella’s” know-how was essentially about the Macs he had used in college. But to Perot, Ritch was “humble, hungry and smart” and possessed a skill set that couldn’t be taught. 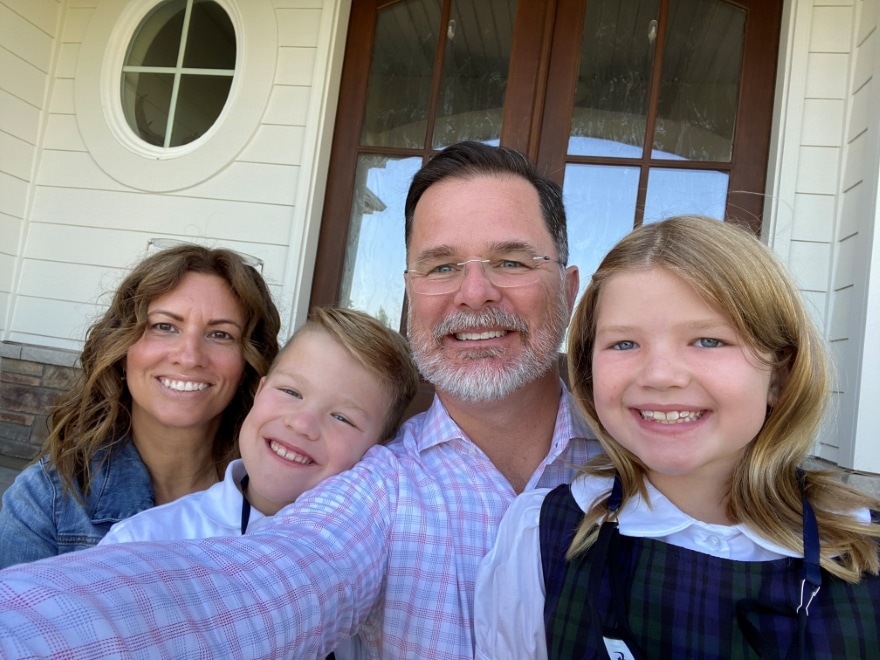 “We can teach you the technology,” Ritch recalls being told. “You’ve got a whole lot of personality that can’t be taught.”

Sure enough, he picked up the tech skills, even building what’s known as a People3 program to match an employee or prospective employee’s hard and soft skills. He’d distinguish himself in infotech roles for several years each with Dell Technologies, IBM Global Services, Remy International, Crane Co., Magna International, Dura Automotive Systems and Honeywell before accepting the NorthMarq challenge.

Ritch explains that NorthMarq is a subsidiary of the Pohlad Companies and how steeped the family is in the Twin Cities lifestyle, Jim Pohlad having inherited ownership of the Minnesota Twins following the death of his father, Carl Pohlad, in 2009. A family like culture endures, says Ritch, who tries to enhance it in his own way.

“I hire 10-year veterans with a whole lot of humble, hungry and smart attitudes,” he adds. “It acts as an internal mentor program.”

He’s also enhanced his 1994 degree in history from Eastern Michigan University with a master’s in systems management from Walsh College and the designation of certified information executive from the University of South Carolina. Now 50, he’s happily settled in the Twin Cities area with his wife, Michelle, and 8-year-old twins Avery and Olivia—a son and daughter—and tries to put aside his Detroit sports loyalty by supporting the Vikings, Timberwolves, Wild and, of course, those Twins who have been such a feel-good story the past couple of years.

As have Ritch and his team, and he intends to build on last year’s productivity. Should the COVID crisis mitigate, there’ll be even more potential to harness, he says, noting how NorthMarq is a stronger entity with an expanded service bank and new investment sales team—and a mindset that runs from the CEO and COO on down.

“I think I’m successful because I came at it from a different perspective,” Ritch says. “It’s not just about technology. It’s also about people.” 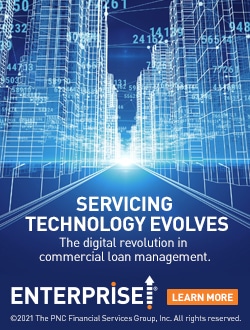