Danielle DiStefano wants to be first to test something on a small scale. Sometimes her team is skeptical, but she says her risk-taking is usually vindicated as she pushes the boundaries of TV.

Such was the case in 2017 when she, as ITV America’s vice president of post-production, advocated for remote editing capabilities. Somehow DiStefano sensed the increased pressure her team would be under to ready a reality show for the small screen.

Working with the post-production and IT teams, she’d strategize and manage the technicians entrusted with the task, arranging for around 20 remote editing systems to be installed at the company’s new Connecticut production facility. 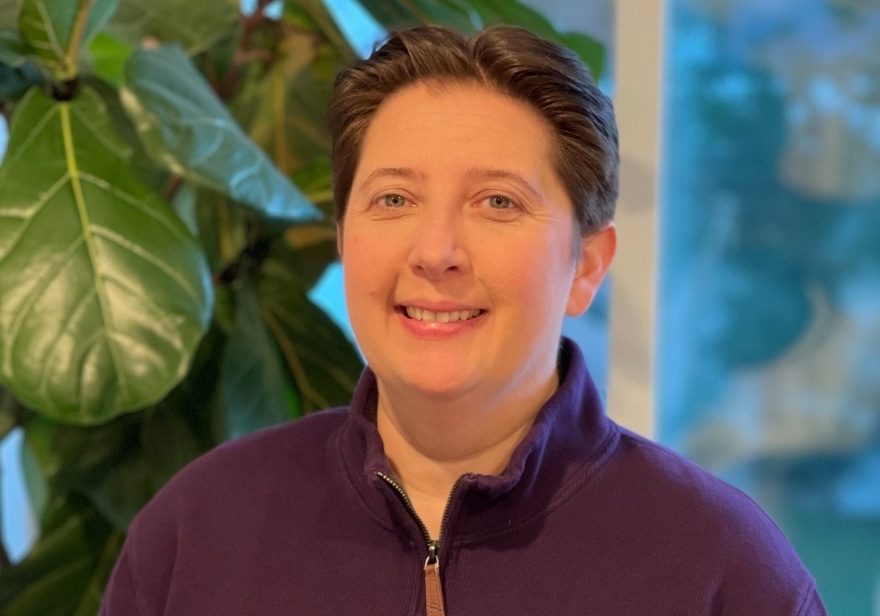 With the help of ITV’s IT department, eventually it became 80 systems with Remote Graphics Software linked with Hewlett Packard’s tools to deliver high-quality desktop user experience complete with video, web flash animations and graphics intensive applications. Fast-forward a couple years and when COVID-19 made its debut, the shows could still go on for ITV America.

“We were ahead of the game in the sense that we had tried and tested the systems and had them in place,” DiStefano tells Toggle in January from her new locale at ITV America headquarters in North Hollywood, California. “We didn’t have to put a band-aid on an old system. We had created a system that worked.”

They still had to scramble to get remote access for all users in all U.S. locations come mid-March 2020, but they were ahead of the game and with DiStefano making a case, the company bought more computers to expand its RGS footprint. Partnerships with such vendors as T2 Computing, VTG and AVID fast-tracked the process. Among the fruits of their labor: the second season of “Love Island” in the U.S.

It’s a reality dating show and an international phenomenon where contestants—aka “Islanders”—live in a luxury villa and must pair up with one another to stay on “the island” as they search for true love. A $100,000 prize awaits the winning couple.

But while the islanders may have their relationships stretched to the limit, the biggest test of 2020 just might have been faced by ITV America’s production crew. Under ideal circumstances everything would have been done in a tropical location, but the pandemic and its consequences forced the production to Las Vegas and technical support to be remote from Los Angeles, New York and Australia. 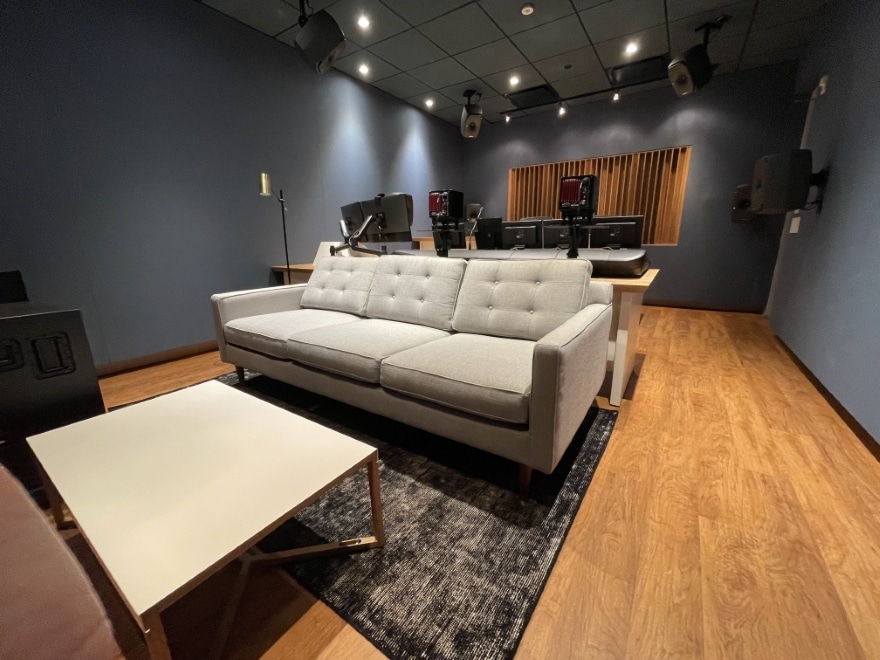 Continuing to deal with the pandemic in 2021, ITV America produced the third season of “Love Island” in Hawaii with post-production fully remote for the second season in a row.

With the post team working remotely in Los Angeles, a small group in Hawaii supported the technology and delivery of daily media back to La-La Land. Over six weeks, ITV America delivered “Love Island” six nights per week to CBS and Paramount Plus as well as to a Canadian simulcast.

Again, partnerships factored, DiStefano lauding the roles of Bexel/NEP, Cutting Edge Australia, The Switch and Hawaii Telecom to link the locations with broadband. ITV America’s post-production team of 80 performed hybrid-style from the Los Angeles offices and remotely, all accessing media from a makeshift data center in Burbank.

“I’m proud of the team in how quick we jumped into action,” she says. “We knew when COVID happened, it wouldn’t be quick, but we were already well prepared.”

It’s quite the workload at ITV America, the company producing such shows as “Queer Eye” for Netflix, “The Chase” for ABC, “Real Housewives of New Jersey” for Bravo and “Hell’s Kitchen” for Fox. There may be 40 projects in progress at once, and when her employer produces content for different networks, it doesn’t always have control of media format.

“We can’t create one singular pipeline for all of our content,” she says. “We have to be prepared for anything. If a network changes its specifications, we must accommodate.”

But at least since her years at State University of New York College at Oneonta during the late 1990s, she’s been able to adjust to new circumstances. She had some bad breaks her sophomore year and ended up directing her extracurricular interests toward the college yearbook and newspaper.

Rarely lacking confidence, she walked into a senior executive’s office at New York’s fabled 30 Rock and scored a job as a production assistant in 2000. She’d go on to be a part of NBC’s coverage of four Olympic Games, including the 2012 London Games in which Distefano won an Emmy for her role in the network’s Media Management of the Games. DiStefano saw up-close how NBC would innovate and, equally important, keep cool under pressure which has helped her in her current role at ITV America. 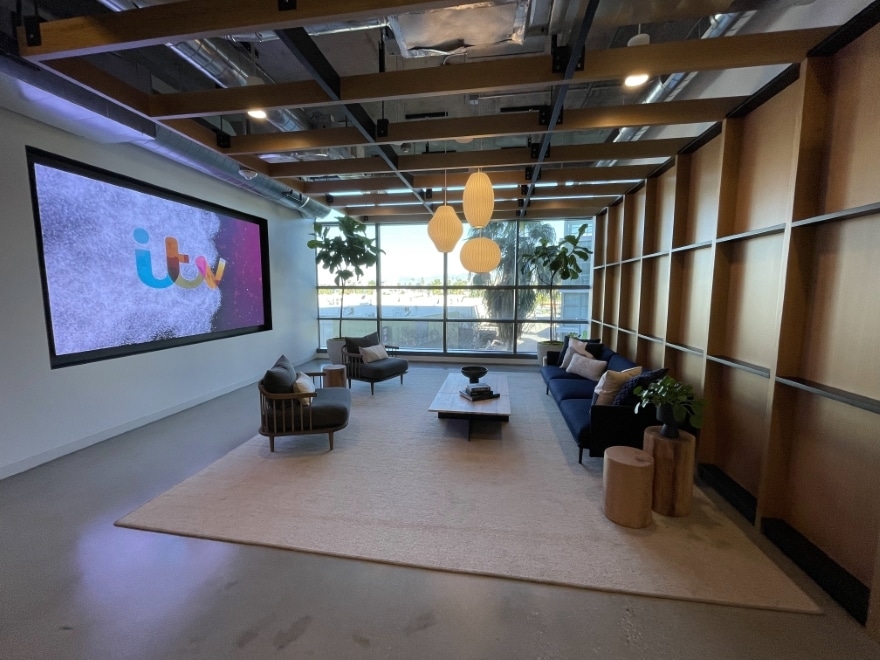 “It pushed me to want to do that for my own department,” she says.

And she’s been doing that ever since, building a career through stints that included VH1, MTV Networks and, of course, Leftfield Pictures, which set her up for her role since 2016 with ITV. Life’s indeed good on the West Coast for DiStefano, her wife, 8-year-old daughter and two dogs.

She’d also like to share her success with other women, noting that for whatever reason they’re a rarity in Tech leadership. She participates with Chief, a private network intent on preparing women for top roles in all industries and WIN, the Women in Non-Fiction groups.

“We hadn’t expected to do all this in just a couple years, but here we are at last,” she says. “Four hundred or so computers deployed and managed with producers, editors and assistant editors working very efficiently.” 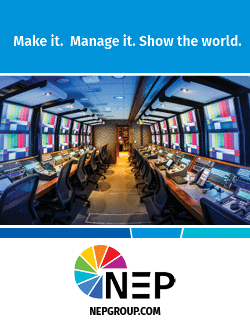 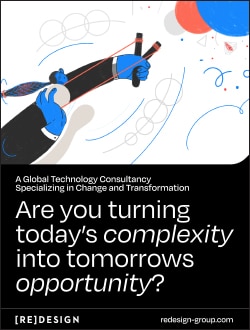 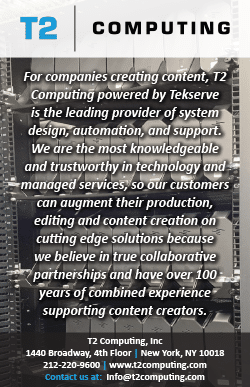 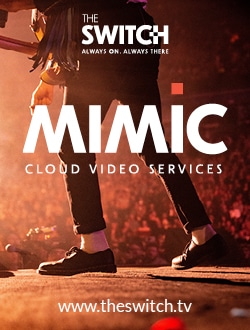