Darshna Patel – City of Philadelphia Department of Planning and Development

Like most government agencies, the City of Philadelphia’s Department of Planning and Development held its community meetings in person. But with this structure, not everyone could participate.

The planning meetings were held at night and would often go late, which meant residents who worked the third shift or who had young children were left out of the process. So, Darshna Patel, the department’s deputy chief information officer and director of geographic information systems, came up with a solution. 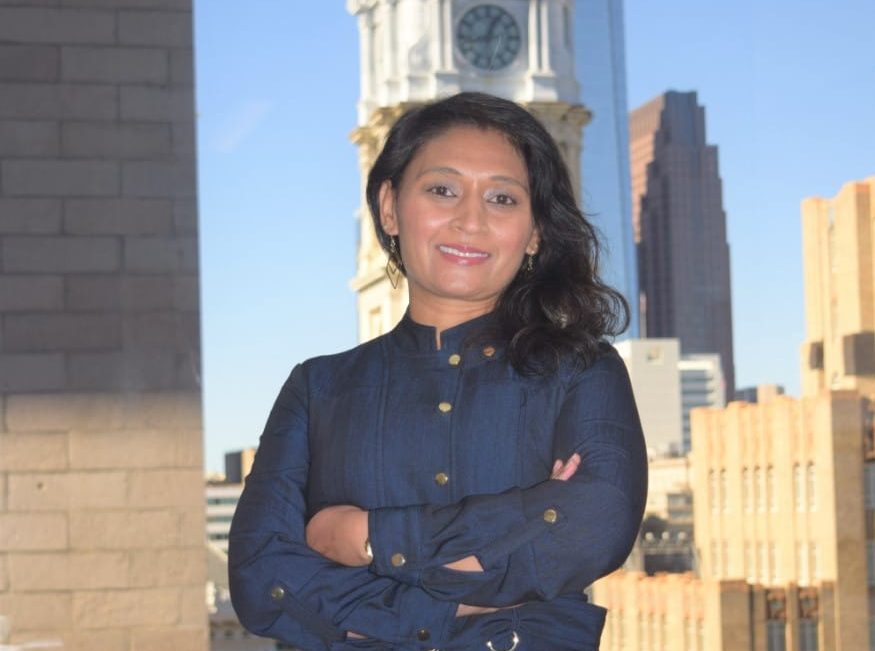 She took the city paper maps being used during the meetings and created interactive versions of them online, which allowed residents to add their own input and ideas. The positive feedback led the department, which first used the maps as it implemented its comprehensive plan, to update other online maps with land use data to support other planning efforts.

“GIS allows for more community engagement, which is one of the things I love about it,” Patel says.

More recently, she’s been using technology to help residents during the COVID-19 pandemic. With the Department of Planning and Development overseeing housing for Pennsylvania’s largest city, Patel has been ensuring its emergency rental assistance program can manage the increased need.

“We help keep the residents of Philadelphia in their homes and give them access to the tools needed to understand their property and their neighborhoods,” she says. “I have a passion for the IT industry and for GIS, so being able to take both of those areas and merge them together to produce the applications that we do, most of which are home grown, is something I love.”

At the start of the pandemic, Patel says the city was receiving an increase in calls from people struggling to pay rent and fearing eviction. Her department implemented a rental assistance program, which has distributed more than $200 million in federal funds during the pandemic.

Patel and her team created the program application using Quickbase, an application development platform requiring little to no coding. The program is now in phase four, with each phase being customized based on requirements for distributing funds.

Looking ahead, Patel and her team plan to work with the Philadelphia Housing Development Corporation to create PHL Rent Assist Direct, a pilot program to distribute direct cash assistance. She says they’ll use Quickbase to develop this, too. 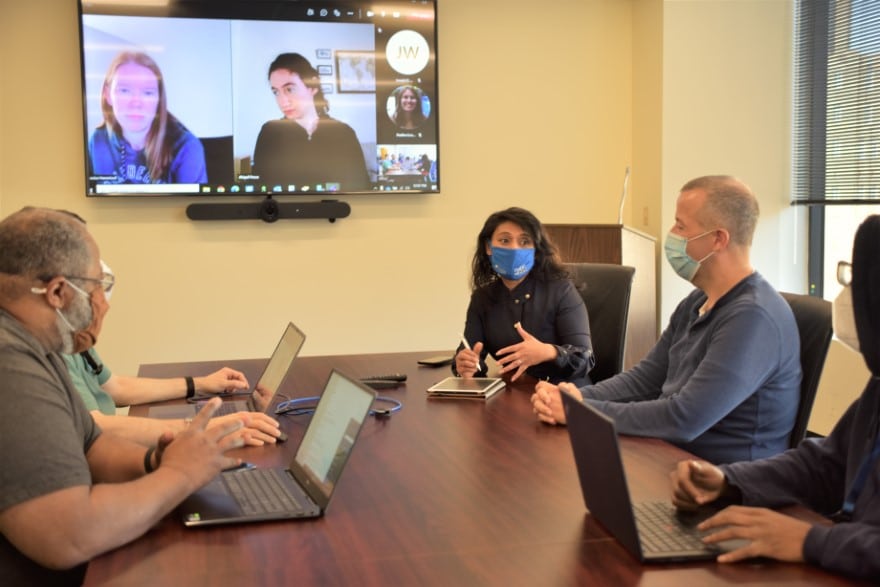 The systems, which managed basic systems repairs and disability services programs, among other things, are now in one place, which has simplified processes and made them more efficient, Patel says. The CRM, which she finished in May 2020, also gathers data and allows her to do more reporting.

“Everything was separated, so it was cumbersome and time-consuming to move client information from one place to the next,” she says. “It was critical to have the new CRM during the pandemic with everyone working remotely.”

Most of the programs Patel develops are made to simplify things for the people using them. However, she also wants to see where the new CRM can be used by other departments to help them map or track data. For example, the Department of Planning and Development is sharing CRM data with its policy development partners to help track the success of its programs.

Patel’s team also creates applications for use by the public. For example, they created a zoning summary generator app that allows residents to understand what they can build or add on their property. It’s accessible to developers, as well.

Now when someone searches for a land parcel, they can see what’s allowable on the property instead of having to read complicated legal jargon. 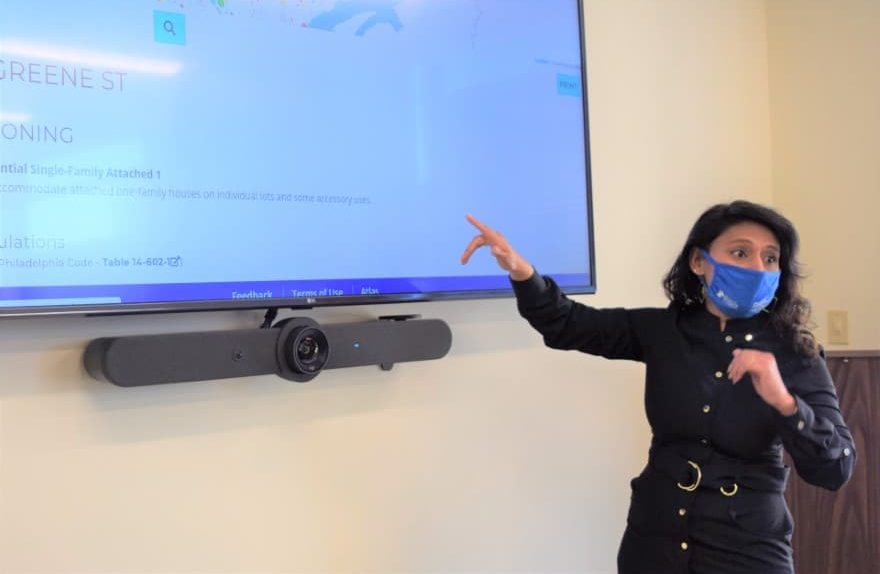 “My job is to get information out there to people, which means I need to consider how information is distributed and how it’ll be consumed,” she says.

It’s important to Patel that there aren’t barriers between government services and the people being served. She says this mindset guides everything she does and gives it more meaning because she knows it’s helping people.

“Whenever we look at a project, we view it through an equitable lens,” she says. “If the work didn’t matter to me, I wouldn’t stay here.”

And she has stayed—she’s been with the department for almost 20 years.

After graduating from Rutgers University with a degree in computer science, the Queens, New York, native applied for a GIS specialist trainee position with the City of Philadelphia without quite realizing what the job was. In addition to being good at it, she really enjoyed it and was promoted to GIS specialist the following year. 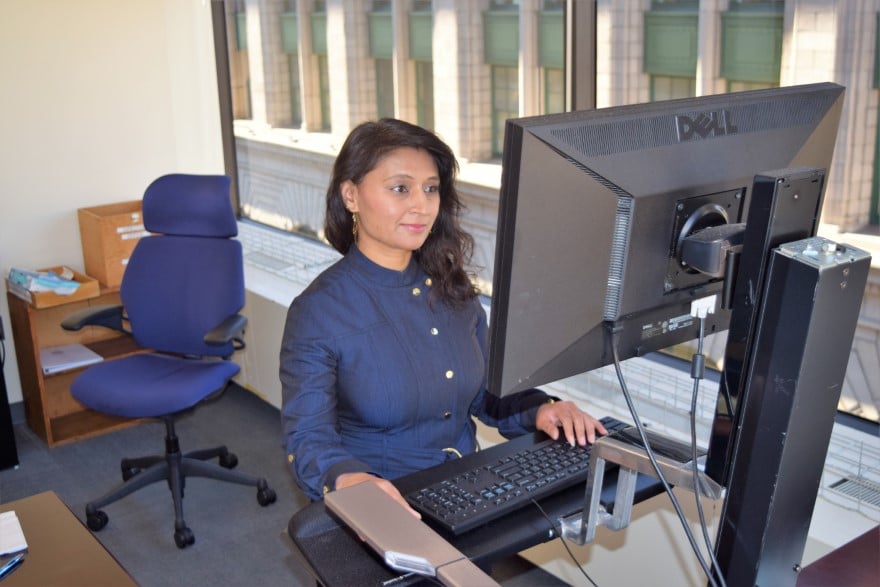 Patel received a couple other promotions in the years that followed and was promoted to her current role in 2012. She says the work has been rewarding and that she likes knowing her department improves the lives of people in the city.

“When I look back at my portfolio of work, I’m proud,” Patel says. “It brings me joy to see things I work on come to fruition. We’ve taken information and made it available to the general public, which really helps people.” 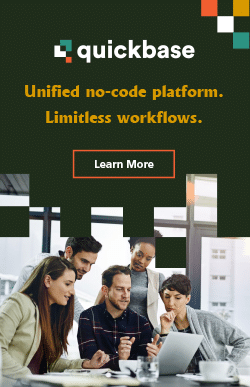