The IT pro helping Alberta innovate

He’ll be among the many participants at this June’s Inventures Unbound, an annual gathering of creative minds that will be conducted virtually instead of at a convention center in Calgary.

But that’s OK with David Almond, the new executive director of IT at Alberta Innovates, a Canadian Crown corporation that’s publicly funded but largely free of government oversight. Its mission: Partnering with business to foster research and development in the western Canadian province. 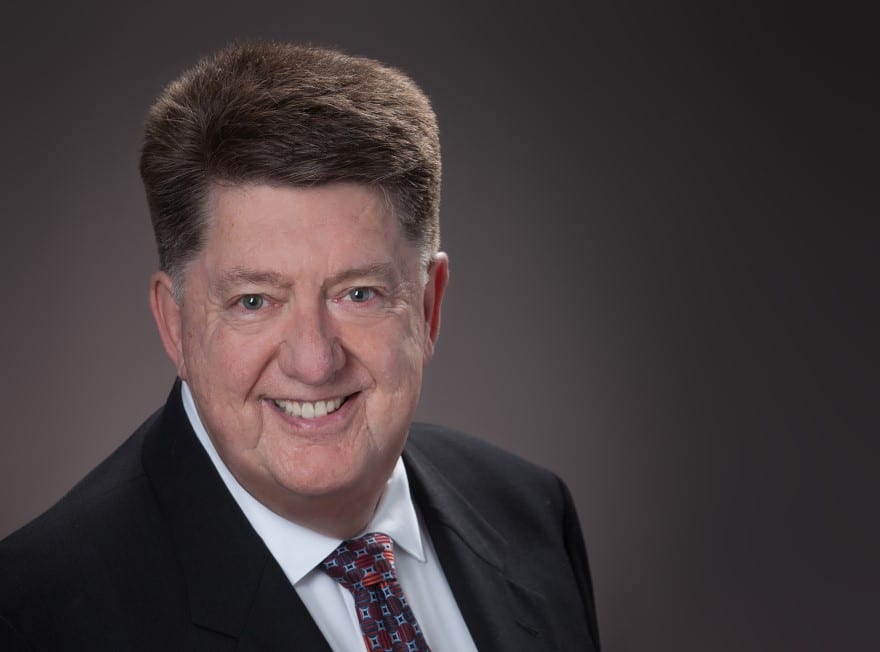 He’s at ease working remotely and says that if there’s an upside to COVID-19, it’ll be the push it gives to any organization—his included—to take further advantage of technology.

“It’s so important to stimulate innovative thinking,” the congenial Almond tells Toggle this spring from his office at Edmonton’s Bell Tower. “We’ve all got to move from being IT laggards to IT innovators. We need to be at the edge pushing the boundaries.”

Inventures Unbound should provide such inspiration, the conference assuring fresh insights into six areas: innovation of work; agriculture in the technology age; the future of AI; healthier living; smart cities; and data in the digital world.

All of which Almond sees as essential to the economic well-being of this spacious province noted for prairies, the Rockies and two major metro areas: Edmonton to the north and Calgary to the south. From agriculture, ranching and forestry to energy and technology to tourism and recreation, Almond says there are plenty of industries here that could use a partner like Alberta Innovates.

“Happy to be home again, playing a small part to help the province recover from the challenges of depressed oil prices and economic woes of COVID-19,” he says. “Crisis brings opportunities with it.”

A native Edmontonian with undergraduate degrees in business administration and management, as well as an MBA from the University of Alberta, Almond returned home late last year after nearly three decades of plying his tech skills in the U.S.

Indeed, he blazed quite a trail through the western states between 1990 and 2019, making stops of varying lengths in Los Angeles County, California; Honeywell’s aerospace services in Tempe, Arizona; Oregon’s Department of Revenue; Guidepost Solutions and  CORTAC Group in Seattle, working at Microsoft. 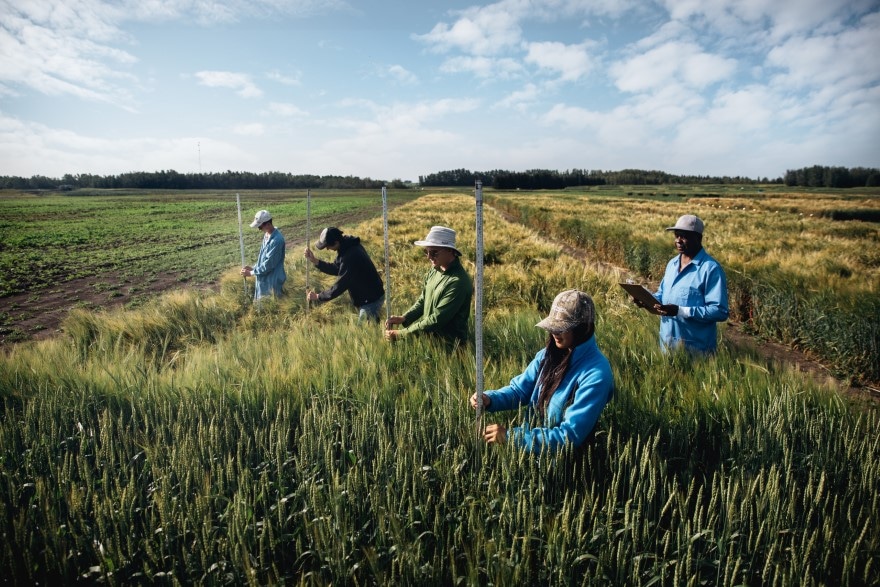 There’s a common denominator he’s noticed on both sides of the 49th parallel: how the public sector lags behind the private in terms of innovation. Too often, Almond laments, an IT department is seen as a service rather than a solutions provider and business partner, and he’s driven to update that mindset.

“Candidly speaking, I can say that when I got here, they were doing good work at basic blocking and tackling,” he says of his team of 16 staffers and six contractors. “But they were still behind the curve.”

Since joining the organization in late 2019, Almond feels he’s made a change in direction. A backlog of documentation is being digitized and made available to the public in byte-sized chunks. He’s restructured his team and given team members more responsibilities, while cutting them slack when needed.

And while the COVID-19 pandemic has forced almost everyone to pivot on the proverbial dime, Almond says progress hasn’t been seriously interrupted. It should even mean a more capable staff, as everyone has had to be more self-reliant.

Should there be small failures along the way, it’s all part of the larger evolution, Almond believes.

“You can’t progress without some failings,” he says. “A workplace needs a healthy tension. We need to be on the leading edge, not necessarily the bleeding edge.”

Rather than have his team immersed in wiring and cabling, he’s outsourcing those functions in order to focus on the big picture of enhancing the innovative ecosystem. Given the organization’s offerings, many provided through grants, Almond wants to streamline the application process through artificial intelligence. Along with retooling IT, he’s introduced an enterprise architect and cybersecurity specialist, all while applying lessons from those 30 years south of the U.S.-Canadian border. 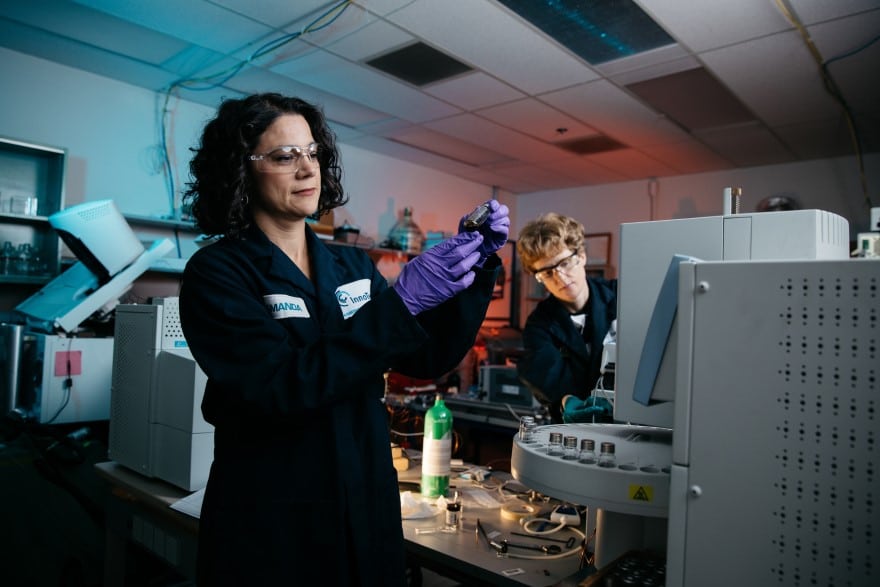 His stint as chief information officer with the Oregon Department of Revenue has proved especially valuable, Almond’s role being integral as the agency shifted from old-school IT to modern methods that necessitated new skill sets. Impressed with his performance, Oregon’s Department of Administrative Services recruited him to drive its transformational change.

To that end Almond would recruit subject matter experts in Lean Six Sigma, the method that relies on collaboration to systematically remove waste or redundancy. Twenty-four projects would be delivered in 18 months in an average cycle time reduction of 25 percent.

The same can happen with Alberta Innovates and other Canadian institutions, Almond says, adding that the talent is here—though the national attitude could use some adjusting.

“One reason I came back was to bring some U.S. business culture,” he says. “There are people in our group I’d put on any level in the U.S. But in Canada we work fewer hours, our productivity is lower and our adoption of technology isn’t as aggressive. At the provincial level, Alberta talks about data transformation, but the mindset isn’t as advanced as in the U.S.” 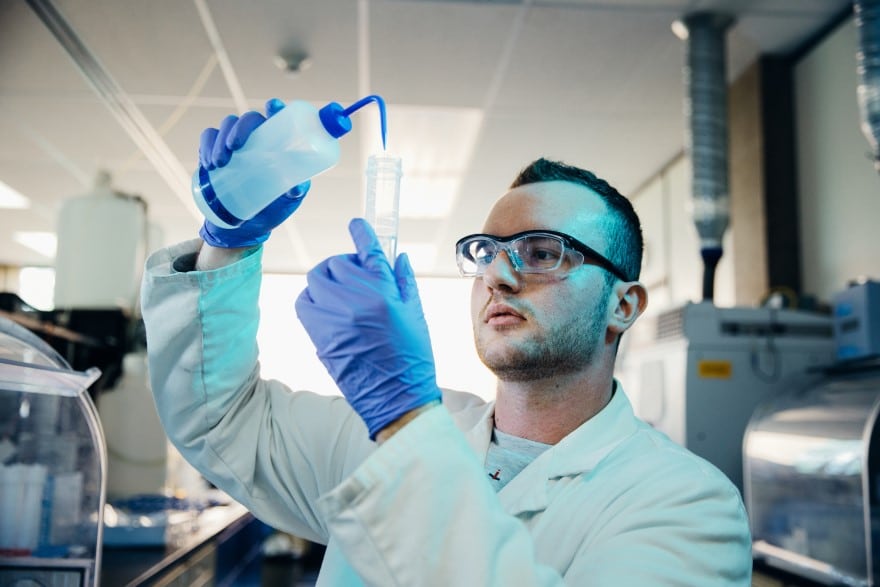 Almond intends to make a difference in his home province, so rich in the resources that made it an economic hot spot. More recently the province has taken a hit from slumping oil prices, though some economists predict a turnaround in the next few years.

However, all agree in the need for this province—and the others—to keep diversifying their economies and to harness the benefits that technology offers. Almond couldn’t agree more, though he’d rather not be classified as a technologist.

“I’m a businessperson who has technical expertise,” he says.

He’s also an accomplished singer who’s performed with Arizona Opera and various choruses—skills he says translate more than one might expect.

“The job of a chorale conductor parallels with what I do here,” he says. “My job is to make the best sound we can.”