Leveling the IT playing field in rural Texas

One hundred miles northeast of Amarillo, surrounded by the stark and limitless landscape of the Panhandle, sits the hamlet of Canadian, Texas.

With a population shy of 3,000 and a downtown covering four square blocks, you can’t get much further from the big-city bustle of Dallas and Houston (or the big-city tax base). All of which can make transforming a school district’s technology infrastructure a tall order. 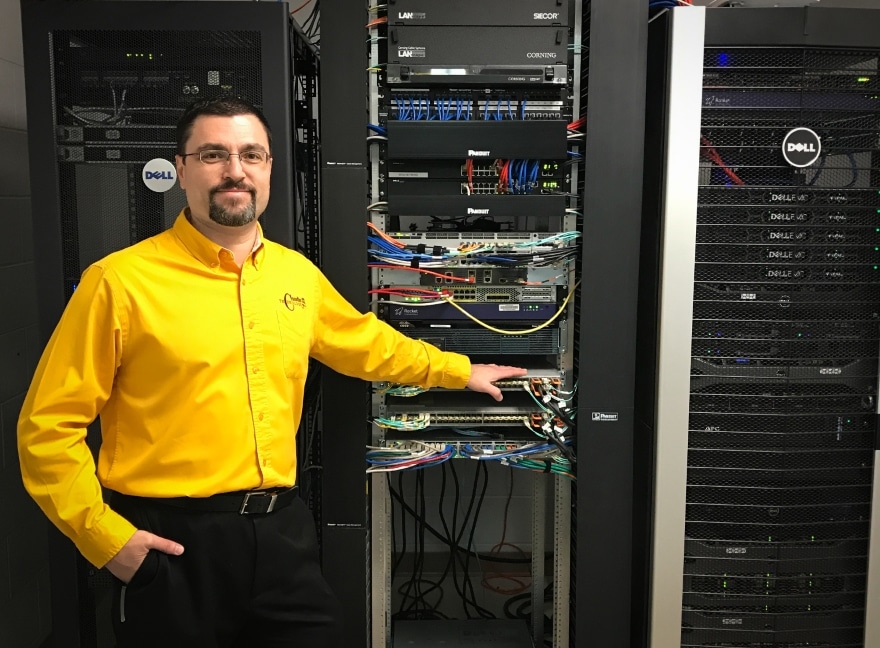 Luckily, David Calabrese knows what to do.

“I’d come from a similarly small Panhandle district, where we were able to leverage the resources we had in creative and effective ways,” says Calabrese, technology director for Canadian Independent School District (CISD). “Canadian already had a solid foundation in place. It was just a matter of building on top of it.”

By 2012, the year Calabrese joined CISD, the district was already moving toward full 1:1 (one device for every student), beginning with 500 students in grades 6-12. 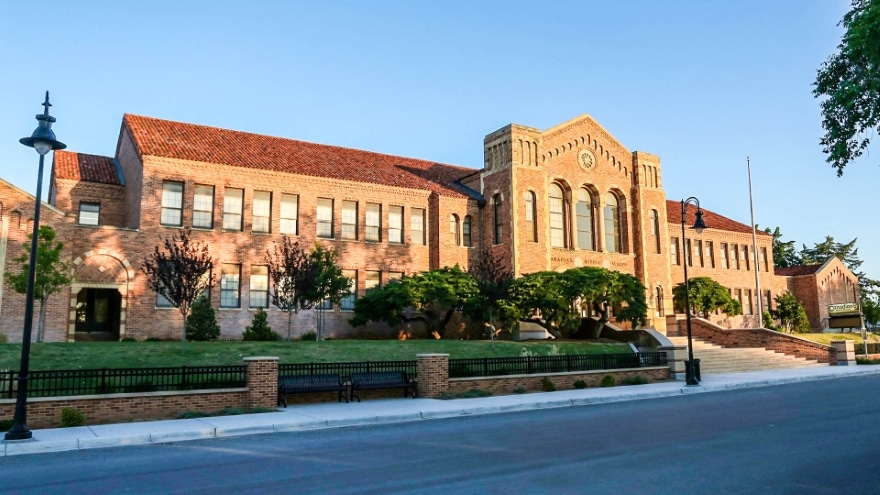 To help teachers become familiar with the new tech, Calabrese launched Technology Tuesday. Held during teacher conference periods, the sessions were inspired by a similar initiative launched by Calabrese while working in nearby Memphis, Texas, aimed at empowering educators to rethink the role of technology in the classroom.

“We’ve put a lot of emphasis on the SAMR methodology, where the goal is to move from simply substituting technology for older tools to redefining how students create in the classroom,” Calabrese explains. “To do that, you need to have your teachers on board, because they’re the evangelists in the classroom.”

For the 1,000 students who’ve received the device, the upgrade has been particularly powerful. Given Canadian’s remoteness, things like field trips—a luxury many in urban and suburban districts take for granted—are few and far between. Thanks to CISD’s new iPads, students can experience everything from virtual museum tours to hospital procedures.

Calabrese also credits videoconferencing technology for adding an “experiential layer” to the student learning experience. During Christmas, for example, younger students are taken on a virtual field trip to the North Pole, complete with letter readings from Santa himself.

By 2015, teachers in CISD’s K-2 classrooms were asking to join the tablet fray. After upgrading the entire 3-5 grade stock with next-generation iPads, Calabrese and his team wanted to hand down the used tablets to the district’s younger cohorts. 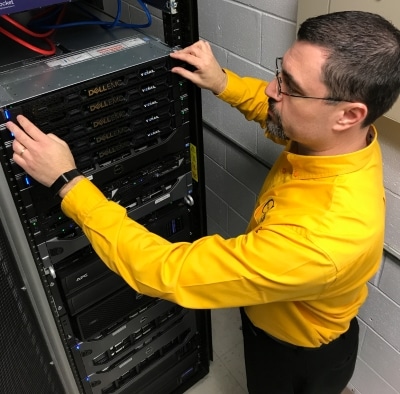 There was just one small problem: CISD had already invested in a new fleet of Windows-powered Dell devices, and the learning curve was proving steeper than expected.

Calabrese’s idea: Use the 120 Dell tablets to reinforce the district’s computer labs. In addition, the tablets were synced to create a virtual desktop infrastructure (VDI). Now, whenever a teacher requests a new application, Calabrese simply uploads the software to a single computer and, within minutes, every Dell tablet in the district will include the app.

In time, the technology promises to have a profound effect on the district’s testing methods. Before, students taking online tests would be inundated with notifications and other distractions. With the new VDI, Calabrese can “push out” the testing operating system to every device—and even schedule it in advance—without any bells and whistles bogging it down.

“When you’re a team of four in a district this size, you’re always operating on a shoestring,” Calabrese explains. “Everyone here understands the benefits of technology—that much is clear. But in order for our department to be effective, we have to automate as much as possible. The Dell solution was the perfect example of that.”

More than keeping up

More than any one measure, Calabrese credits VDI for giving his department the breathing room necessary to tackle bigger and bolder projects. In 2017, CISD used funds provided by E-Rate, a public-private program that provides tech subsidies for school districts to overhaul their fiber optics networks.

The resulting infrastructure—a revamped firewall and edge switches, dozens of new wireless access points bolstered by a 10-gigabit backbone—has been nothing short of transformative, creating what Calabrese calls a “level playing field” throughout the district.

More recently, CISD consolidated its aging servers into a new, cloud-based VxRail system. In the event one server fails, VxRail automatically alerts Dell’s customer service, which in turn will put in an order for whatever part might be needed—say, a new drive.

“What we’ve done is create a system that we don’t have to hover over and babysit,” Calabrese says. “That frees us up to do the important work, which is collaborating with teachers, administrators and parents to figure out the path forward.”

Lately, however, Calabrese’s efforts have extended well beyond the CISD walls. For years, residents of Canadian and other Panhandle towns—as well as many businesses—have been forced to pay significant premiums for broadband access.

Together with Larry Gatlin, a local tech expert and business owner, Calabrese launched the Canadian Broadband Initiative (CBI) in 2017. Over the next 10 months, the team surveyed Canadian residents about how the town could improve internet access. 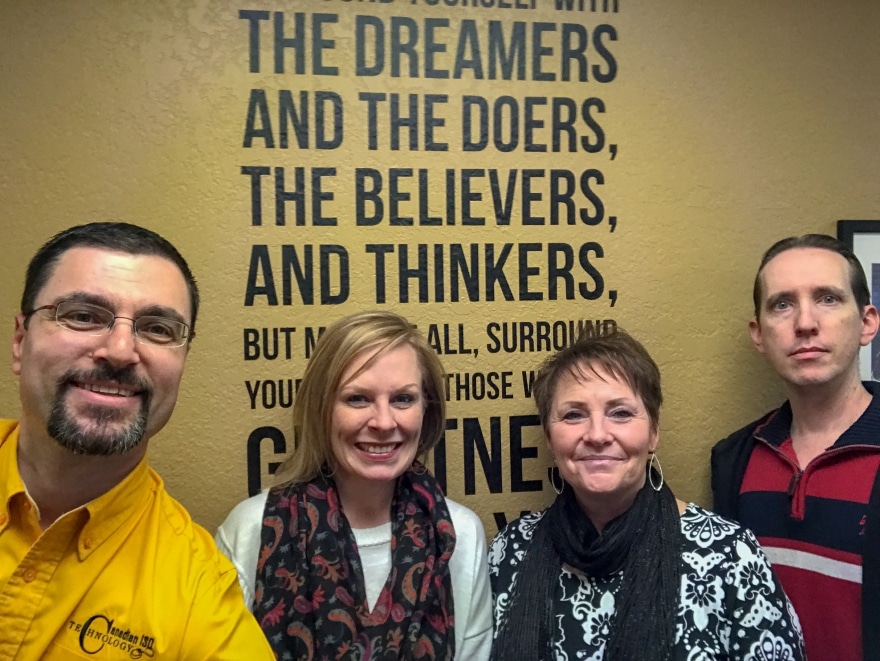 Not long after, PTCI, a local telecom company, offered to give the town a steep discount on a brand-new fiber optics network. According to Calabrese, by 2023, every resident within the city limits—and some beyond—will have high-speed fiber in their home.

“It’s part of what makes Canadian such a great place, and why it has a great school district: People come together to solve problems,” Calabrese says. “In terms of the big picture, this is going to do wonders for our district.”

He’s even finding ways to help other Panhandle districts make their IT dreams a reality. In 2018, he helped launch the Texas Panhandle Technology Conference. Now approaching its second year, the conference—whose vendors include the likes of Apple and Microsoft—gives regional tech directors a first-hand look at the present and future of IT.

Enamored as he is with big ideas, Calabrese says it’s the little moments that matter most. Indeed, it’s not uncommon to see Calabrese making the classroom rounds, helping teachers and students navigate new programs and applications.

The goal, he says, is to foster an environment where technology can “bridge the educational gap” in a way that would’ve been impossible even a decade ago.

So far, the vehicle he’s using to get there is proving a powerful one.

“At my previous stops, I always felt like I helped build the car, but never got to see it drive,” Calabrese says. “I’m starting to see it here. And that wouldn’t have been possible without buy-in from our board, staff and community. This is their journey, too.”