On-the-job safety is the real gas

Canaries can be grateful to Industrial Scientific, the Pittsburgh company that long ago spared them the hazardous and involuntary duty of detecting toxic gases in coal mines.

That gratitude can be shared by the countless men and women whose occupations carry them underground or anywhere else where the air might be tarnished by unhealthy and even life-threatening compounds.

They don’t even have to go that deep to be in danger.

For as David DiLeo, Industrial Scientific’s 45-year-old chief information officer, explains, once one descends more than 4 feet within a pit, tub, vault or vessel, he or she is in confined space and subject to a slew of risks not present at ground level—risks, of course, that may increase exponentially the deeper one goes. 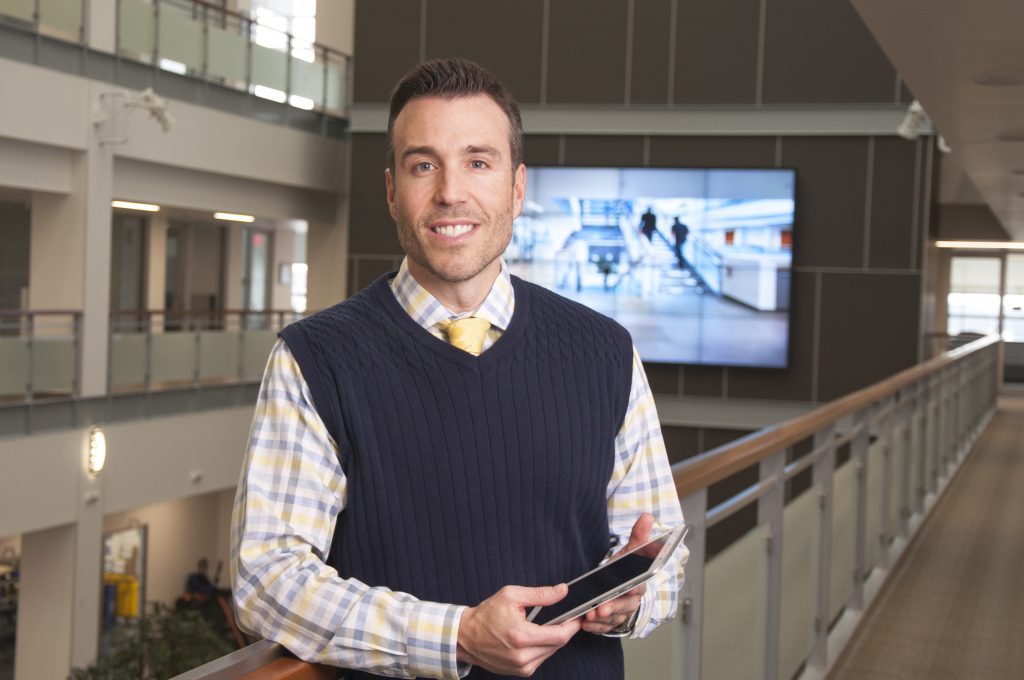 But they can breathe easier if their employer is part of an Industrial Scientific client base that shares the common goal of no more on-the-job deaths by mid-century.

A member of the team since 2013 and CIO for the past three years, DiLeo is trying to move up that timeline from his info-tech role; one that’s becoming an increasingly important part of the industrial safety equation.

They have your back

“You can think of us as the central nervous system of the operation,” DiLeo tells Toggle in late March. “Or the backbone of the company, the spine. We play a critical role internally with connected devices essential to industrial safety.”

DiLeo’s responsibilities include oversight of a large cross-functional IT team and data center that remotely monitors the air safety at worksites and factories throughout the world. In addition, several key partners and managed service providers are used to augment and extend the team’s capabilities. 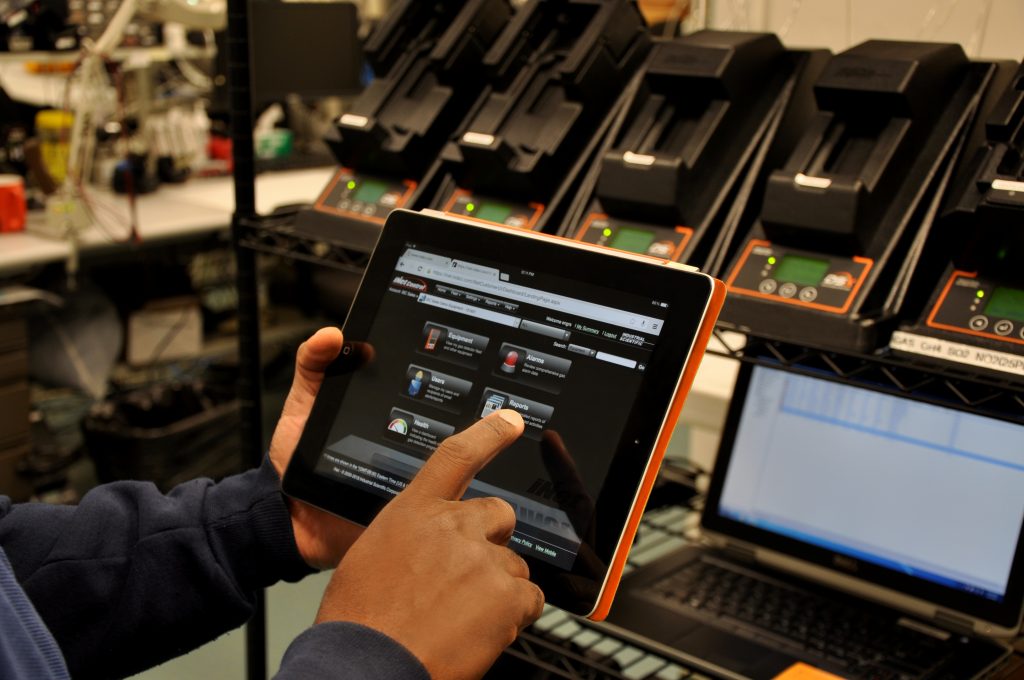 NetServe365 provides 24/7 monitoring of the network, database and application servers, while Computer Enterprises Inc. (CEI) provides software development and quality assurance services, and, over the years, has helped with the development and implementation of the automated monitoring devices, including cloud-enabled IoT solutions, that have contributed to the company’s growth.

Whereas the region’s coal mines comprised Industrial Scientific’s entire client base in the years following the company’s 1985 founding, the oil, gas and petrochemical industries now make up the biggest segment of business at about 40 percent. Other customers come from water and wastewater treatment, public and private utilities, food-processing, pharmaceuticals, telecommunications, transit, health care, papermaking and basically any entity that operates a lab.

The diversifying client base keeps the company thriving and in perpetual proactive mode, DiLeo says. There’s always a new constituency in which to satisfy and share the safety goal.

“Over the course of 30 years, we’ve undergone an evolution that enables us to outfit clients with smaller, but more reliable and feature-rich, gas detection devices,” he says. “Our competitors might offer gas detection in addition to other safety products and services. Here, it’s our specialty and we’re getting better and better at it and leveraging our data to get to the bottom of a problem.”

Sometimes no need for alarm

Sometimes the problem is a false alarm that turns into a learning experience for the client, DiLeo says. While withholding identification, he explains how the gas alarms were frequently sounding at one of Industrial Scientific’s customers, forcing costly work stoppages and evacuations. Upon reviewing the data, the problem was found to originate from a limited number of employees who were mishandling Industrial Scientific’s very reliable devices.

“The data gleaned was very insightful in identifying they had a training issue with a few people,” DiLeo says. “Other companies have fallen short here, as well. As they become more adept with our devices and the insight the software provides, they’re all the safer for it.”

Good thing too, he reminds, for as the old line goes, industrial safety is no accident. And rare is the industry that’s not at some risk.

Sulfur dioxide may result from processes as diverse as oil refining, papermaking and food processing. Carbon dioxide is heavier than air and thus prone to concentrating in low-lying, poorly ventilated workplaces. Should oxygen levels drop below 19.5 percent in any workplace, it’s cause for alarm at any site.

For all of these situations and more, Industrial Scientific can provide an array of portable detectors, mostly wearable and connected to the Pittsburgh data center that never sleeps.

“We provide lifesaving equipment and services that smart companies can’t afford not to have,” says DiLeo, whose IT smarts might be matched by his business savvy.

For business administration, not computer science, was DiLeo’s major at Central Connecticut State University, class of 1995. But he was already self-taught in computers and running IT for a Meriden, Connecticut, insurance agency while still in high school.

Post-graduation, there were significant IT gigs with Bristol-Myers Squibb, Pratt & Whitney and PNC Financial Services Group. Along the way, he earned an MBA from the University of Hartford. 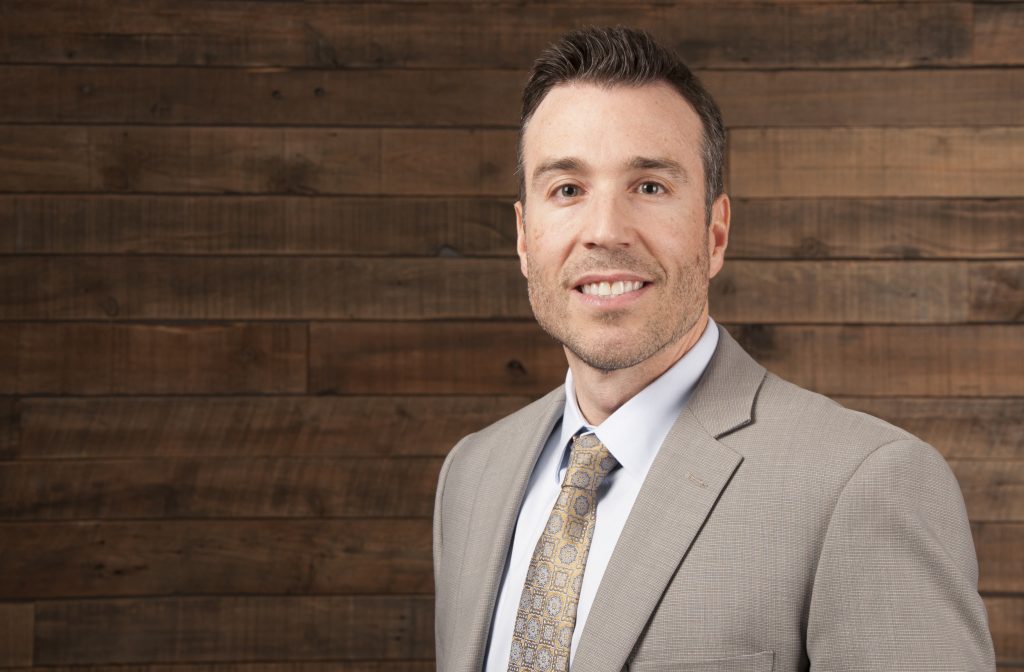 “Any IT leader has to have one foot each in the business and technical world,” he says. “IT and business go hand-in-hand. I love problem-solving and finding an innovative way to move a company forward.”

Industrial Scientific obviously felt he was the man to do so. It had hired DiLeo as its global IT director, giving him opportunity to apply his skills in such areas as enterprise resource planning, IT security and international infrastructure, and he acquitted himself well by assembling a transformational strategy for the company.

A couple of years later, his performance made him an easy choice for chief information officer, a decision further supported when the Pittsburgh high-tech community bestowed him with its CIO of the Year award in 2017.

“There seemed to be an acknowledgement by senior management that we had some catching up to do,” DiLeo says. “We had invested in ERP and the connected-device system was growing, but IT really wasn’t on the front burner, and they put a lot of faith in me to move it ahead. Fast forward to now and we’ve come a long way. My team is at the table.”

Only they won’t sit still for long. Not with Industrial Scientific’s growing clientele and the shared goal of a casualty-free work place by 2050.