Sustaining a culture of quality and security at leading accounting firm

Anchin, Block & Anchin LLP (Anchin), based in New York City, has been providing high-quality accounting, tax and consulting services to clients since 1923. Over the course of more than 90 years, much has changed. Anchin has always maintained a strong commitment and attention to client service. Its growth over the decades has required the firm to develop operational precision and efficiency, two areas that benefit from a strong technology program.

David Emmer, the firm’s chief information officer (CIO), has been with Anchin for almost a decade. His role – much like the role of technology in business – has evolved over time. Starting out as the firm’s chief technology officer, Emmer’s focus was primarily on strengthening the network, applications and infrastructure that serve the company. Now, as CIO, Emmer plays a strategic role in creating and developing policy and procedures that enable the firm to provide its clients with excellent service — a core value of Anchin. He has built a core team to help deliver and respond to the needs of the firm. 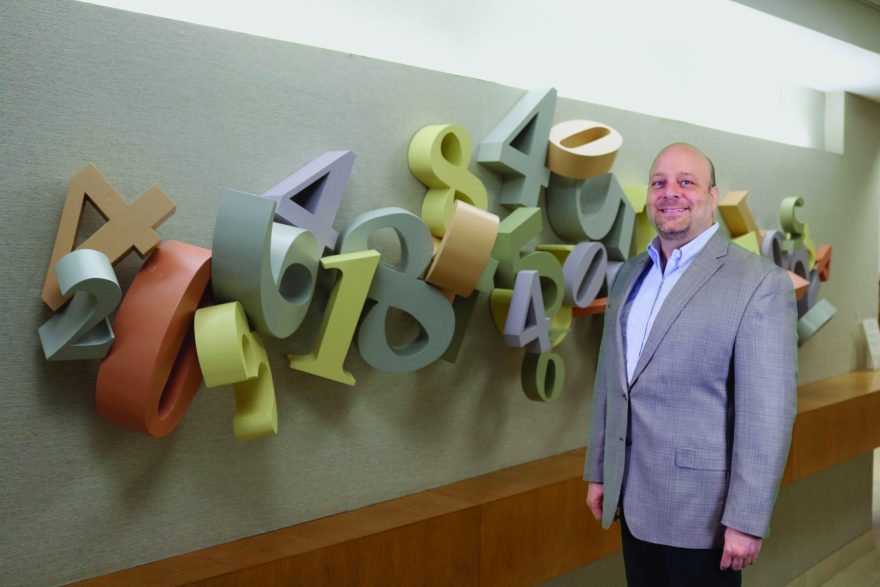 As an information technology (IT) executive, a major focal point for Emmer is user experience. His team of IT professionals ensures that smooth operations, data retention, workflow efficiency and security are well-maintained. Anchin, with its approximately 350 personnel, depends on its IT team for these protections as well. Some of the tools that Anchin has incorporated into its practice are a document management system, an electronic work paper program and a workflow automation solution. The firm also adopted a client portal that has enhanced Anchin’s ability to exchange information with clients easily and securely. Anchin’s IT team is constantly pursuing improved technology and process. They understand the value this brings to Anchin, and it is a priority for the group.

IT for employee performance

Often in larger corporate settings, employees can get lost in the mix — becoming numbers in a system geared toward efficiency. Anchin’s executive team places high value on human capital and employee satisfaction. “There are several ways we keep employees at the forefront, providing them resources and channels for communication,” says Emmer. An open-door policy is a tenet of the company culture and the ease of communication extends digitally as well. “The home page on every computer is Anchin’s intranet, providing a platform for internal communication. This includes a suggestion box, which connects the entire firm with the executive committee, IT and department heads,” Emmer adds. “We find that this platform adds to the company culture and promotes connectivity among staff.”

One suggestion the IT team received was for an easier way to digitally exchange large files with clients. The result was a newly developed secure file-transfer system. In another instance, the staff wanted to be able to access their data anywhere in the building without having to physically be at their desks. Based on that suggestion, Emmer and his team rolled out a secured Wi-Fi solution throughout the office’s seven floors. Subsequently, Anchin staff was able to fulfill a request of a different sort: streaming music, which has contributed to a relaxed yet productive atmosphere at work. Emmer explains, “When you have happy and satisfied employees, they go the extra mile for the company and the clients.”

Suggestions for upgraded hardware, programs and technology also flow through the system. “Anchin’s Executive Committee looks at the technology expenditure as an asset rather than as an expense,” Emmer adds.

Among the more recent projects completed by the IT team was an email migration to Office 365 and the rolling out of an email continuity feature. This enabled the firm to move email into the cloud, which provides for greater redundancy and resilience. Communication, automation and hardware upgrades are all constant priorities in the flow of the IT department.

At the tail end of 2015, Anchin made a significant investment in network infrastructure, increasing connectivity to 10 gigabytes. “That project involved running state-of-the-art fiber cables throughout our office and replacing all the equipment on seven floors of our building, including the data center,” Emmer recounts. “We invest heavily in our technology resources and we are proactive in moving the firm forward.”

Another major initiative for Anchin’s IT team is a firmwide practice management and ERP update. Anchin selected Star Practice Management and Microsoft Navision as its products. This major project includes a new general ledger, accounts receivable (AR) and accounts payable (AP) system. In addition, the project provides a more efficient system for time and billing, expense reporting, business intelligence, staff scheduling, job budgeting and more. This will bring the data into a cohesive system that will allow for a much improved practice analysis to be used by the executive committee and practice leaders that will assist the firm in its growth.

With the right team, vision and willingness to invest both internally and externally, Anchin has been able to drive major technology initiatives, supporting its core professional business and adding to the efficiency and effectiveness at Anchin, Block & Anchin LLP.