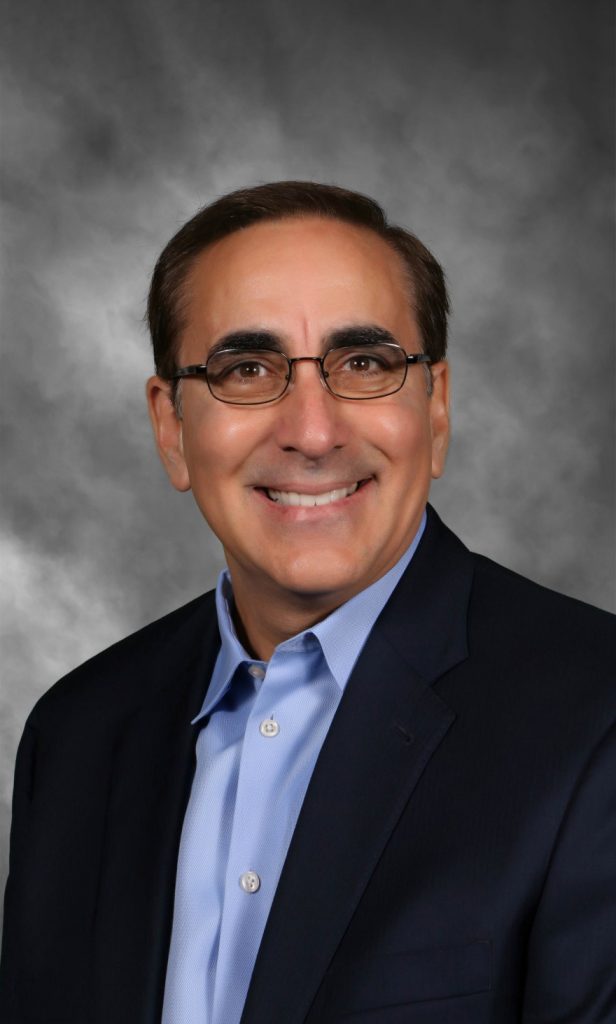 During an IT career that began in the last years of the Reagan presidency, and took him from city hall to prestigious prep schools that educated future presidents, there’s little that David Hasbany hasn’t helped automate or improve.

Whether it’s storing municipal tax records once relegated to dusty file cabinets or building the digital network connecting ivy-covered academic halls and dorms, Hasbany has worked with the hardware and software making the digital age a reality—improving that reality as tech innovates with the times.

Now the CIO for the Salem School District in New Hampshire, Hasbany’s career has kept him close to his New England roots, and one lesson still resonates in his work.

“Because I’ve done this for so long now, when I have the opportunity to talk to younger staff members, I try to steer them away from the tech and to think about the customer service first,” he says. “And you can only provide good customer service if you build relationships.”

Sitting on the Massachusetts border, Salem is nicknamed “Gateway to New Hampshire.” The city has a population of about 29,500 and there are 3,500 students and 700 staff in its school district, comprised of one preschool, five elementary schools, one middle school and a high school.

Hasbany says that while the Salem School District didn’t have an official 1:1 program supplying devices to students before the COVID-19 pandemic, it had built enough inventory to provide 1:1 in-class access at the elementary schools. The ratio is closer to 1:2 at the middle school and high school, with mostly Chromebooks throughout. 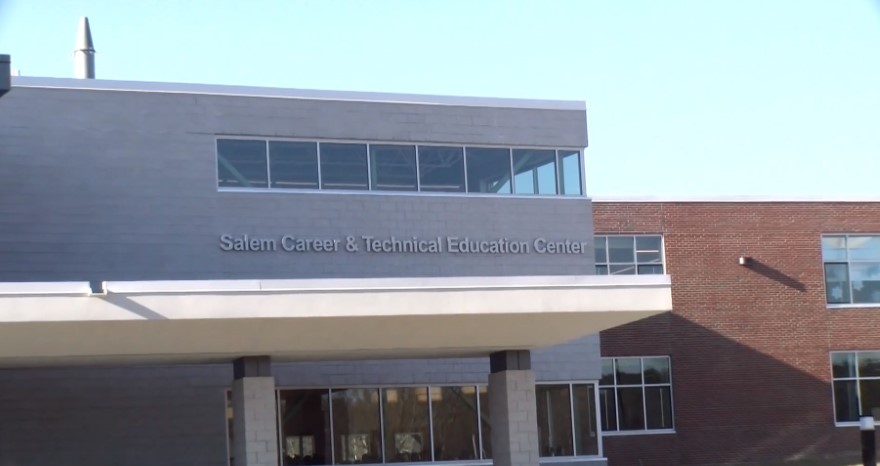 Elementary school students have access to iPads that support specialized math, science, engineering and technology, or STEM, courses well, but Hasbany says Chromebooks are a good choice for general use. Not only can they run for an entire school day on a full battery, they cost about half of what a conventional laptop does. They’re also well-supported by Google’s G Suite and other online content.

While Hasbany may have been looking forward to a quiet weekend at home in mid-March, COVID-19 quickly squashed those plans. Instead, he spent his quiet time that Saturday at the office, sketching how to quickly shift from in-class to virtual learning if New Hampshire Gov. Chris Sununu ordered schools to close.

That “if” happened quickly. By the time the school district’s leadership team met the next day to work out details on the shift to virtual learning, Sununu had issued his executive order closing schools for three weeks. That was followed by an order in mid-April for schools to close for the rest of the spring semester.

Two days later, on St. Patrick’s Day, the IT team, in partnership with the library media specialists, provided professional training for staff to go remote. Hasbany’s team collected and prepared devices for distribution to students. In addition, they procured 40 Wi-Fi hotspots for students facing connectivity issues at home. 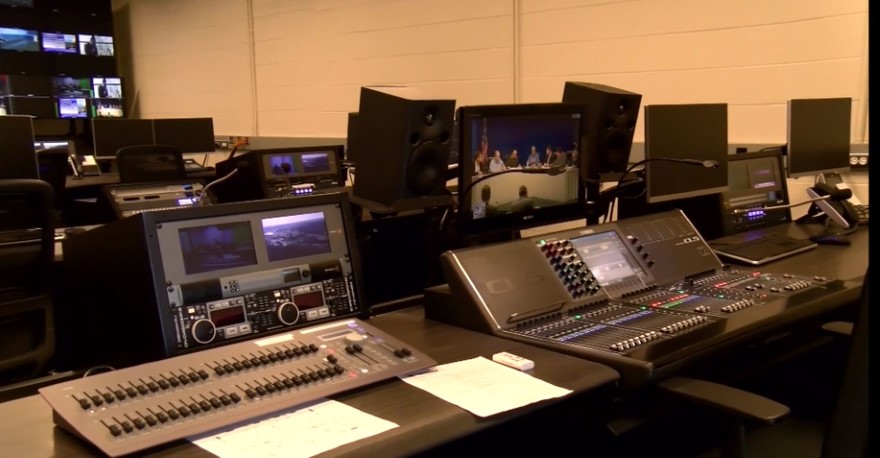 Well prepared for virtual learning with G Suite, there were still some needed tweaks, Hasbany says. He and his team implemented Zoom for the virtual classroom and reintroduced Screencastify to record, edit and share videos.

The team remained at the administrative office for a couple of weeks after the students went remote, and frequently found home connectivity issues were resolved with basic steps such as minimizing the number of items running on the computer at the same time, and occasionally restarting the home router, Hasbany recalls.

Through the summer, he and his team continued to tweak the offered services, especially by adding Remind, an app staff and faculty use to communicate with students and families while their phone numbers remain private.

Remind can also be used for texting, which Hasbany says is supplanting email as a more immediate form of communication.

He and his team also spent the summer cleaning devices returned by students, prepping 1,400 more for use (all Salem schools are now at a 1:1 device ratio) and storing devices and chargers in neoprene bags. Schools reopened in the fall though some students have opted to remain at home.

Going back to school

Born and raised in Methuen, Massachusetts, just over the Salem border, Hasbany was still working on his math degree at the University of Massachusetts Lowell when he was hired as the data processing manager for the city of Methuen in 1987.

He stayed at city hall after earning his bachelor’s, helping automate city systems in assessing, tax collection and finance while handling all aspects of IT bids from vendors. 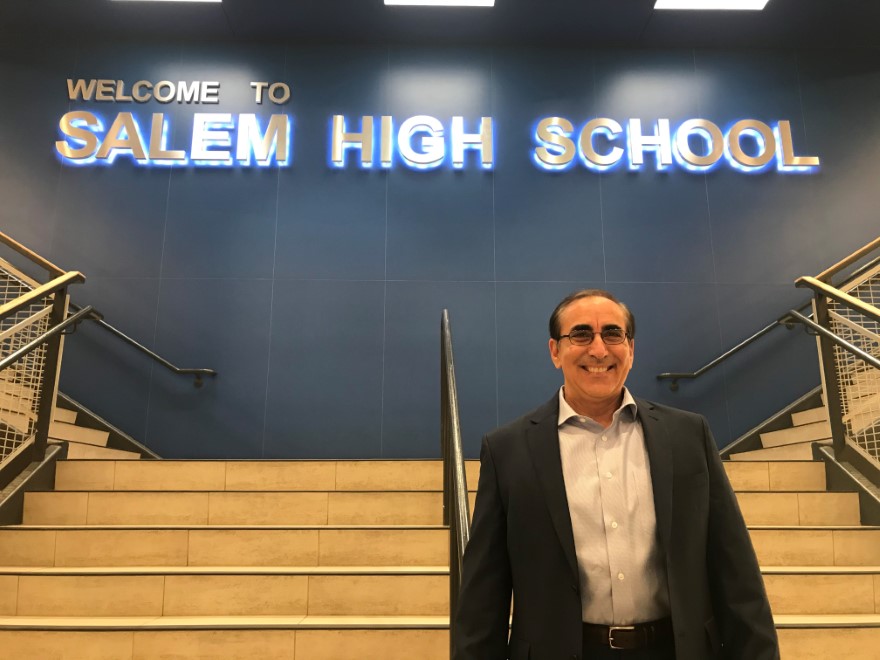 In 1995, he shifted from municipal government to private education when he joined Groton School as director of information services. For two years, he built out the voice and data communication systems at the exclusive boarding school that counts Franklin Delano Roosevelt among its alumni.

While finding IT in education suited him well, Hasbany was asked by a friend to bring his skills to Phillips Academy in Andover, Massachusetts—a school that has George H.W. and George W. Bush among its alumni, and wanted to expand its network to all dormitories.

By 2012, Hasbany had become associate director of technology at Phillips, but was looking for a change. He found it when he joined the Salem School District as its IT director.

However, the shift from prep to public schools was not as big as leaving city hall for education.

“Technology is technology, the equipment is pretty much the same even if how it’s used changes,” Hasbany says. “But you do have a sense of making a difference working in education.”

To strengthen his foundation and understanding, he went back to school and got his master’s in education.

One came from Superintendent Michael Delahanty when Hasbany joined the Salem School District, as he told Hasbany not to bring anything to him that didn’t directly benefit students.

The second came when Hasbany was part of the technology review exploring how other districts integrated technology with learning.

“I was told ‘you only have that one teachable moment, and you don’t want technology or anything else to lose it,’” Hasbany says. 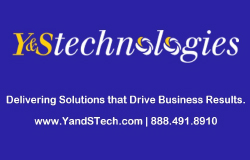