Digging at construction sites can be a case of “one strike and you’re out”—out of power, off the internet or even out of your home or office because of a gas leak.

Especially in urban environments, there’s likely a crisscrossing underground network of steel water pipes, gas lines, PVC conduits and phone, cable and electrical lines. So before the excavator revs up, companies hire locators to map the infrastructure, not just for convenience, but because of the potential consequences of blind digging. 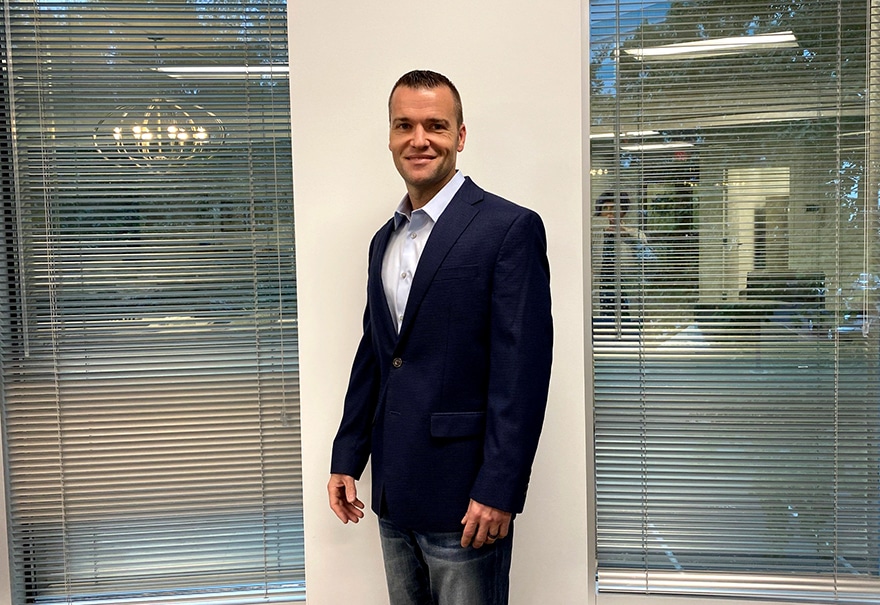 Stake Center Locating is one of the companies that gets those calls, notes CIO David Kennedy, and while he’s not involved with digging, he helps to map the company’s future—digitally.

“There’s way more to it than you’d think. You see the sign saying ‘call 811’ but it’s way more complicated. Still, we’re capable of meeting needs of all the utilities in the U.S.,” Kennedy says. “We’ve grown through personal relationships and word of mouth, but we’re changing that to get our name out there for people to know we’re a serious player in the space.”

Founded in 1997, Stake Center Locating is headquartered in Greensboro, North Carolina. In 2008 and 2009, it grew from working in four states to 37 and now services the entire continental U.S. In 2014, the company merged with S&N Locating Services LLC, and the operations of the two companies were fully combined in 2018. 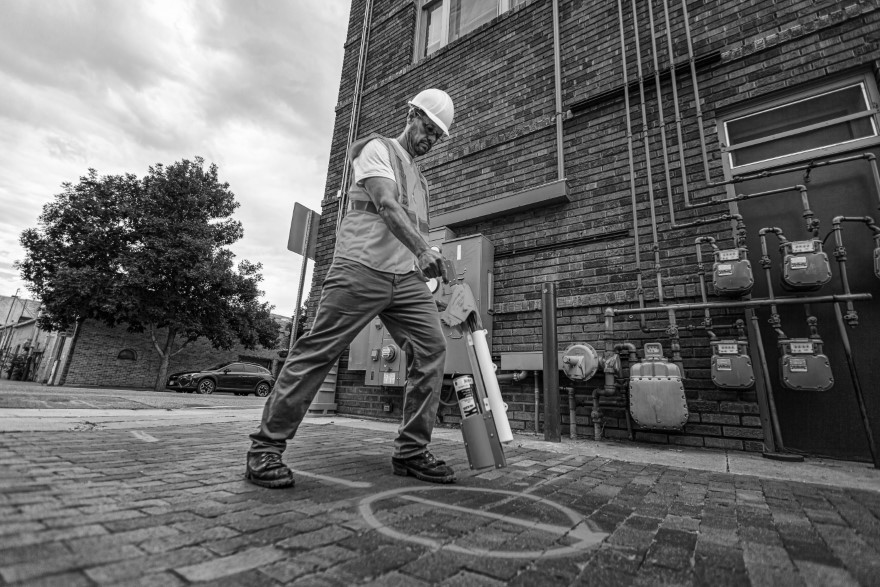 How does it work? Contractors, builders and homeowners are required to alert a state’s “dig safe” 811 number before shovels break ground. Once a work ticket is issued, it’s sent to utility and telecom companies. They, in turn, have their own locating company to map and mark sites. Those locating companies have 48 hours to respond and also assume the liability that comes if a search misses existing infrastructure.

A locating service that has multiple contracts with utilities can have an advantage because it can check for everything that’s in the ground—cable, electric and water—all at one time and bill each customer, Kennedy explains. In certain instances, customers prefer an approach where only their facilities—just water and not electric, for example—are located by a Stake Center visit.

Stake Center Locating now averages 600,000 locates per month, making it the third largest in its field. It serves several of the nation’s largest telecommunication and energy companies, Kennedy adds.

Of the company’s 900 employees, Kennedy estimates 800 work in the field. They use devices and instruments to mark the paths of cables, pipes and conduits now equipped with GPS and able to automatically record and store measurements and other data. 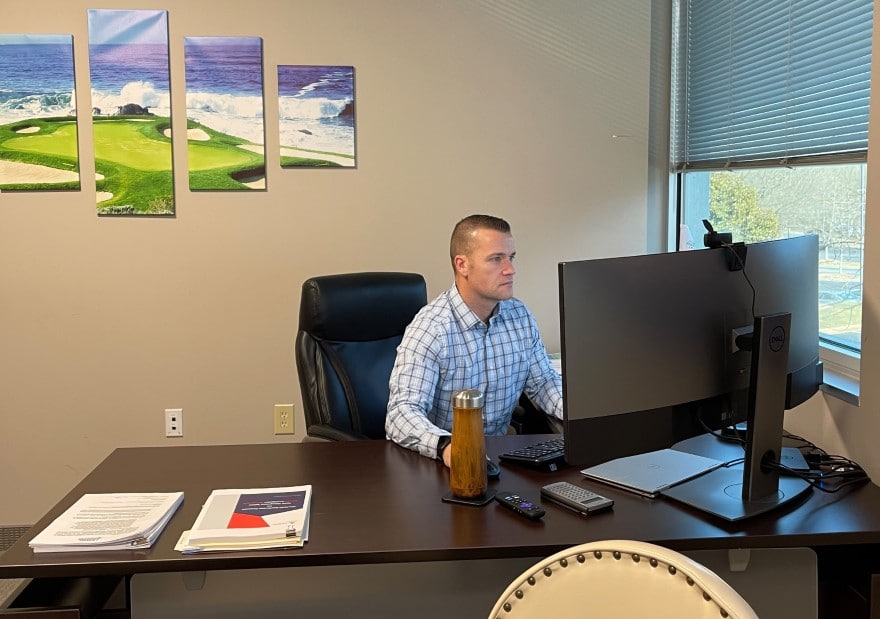 Kennedy’s challenge, then, has been to harness that data and move Stake Center Locating operations into upgraded and scalable platforms and software.

“How do we enable technology to grow a company for something that’s long been a manual, labor-intensive activity?” he poses.

One answer lies in building a database from job tickets. Kennedy and his team are constructing a proprietary application with information from the tickets that also draws site coordinates from Google Maps as well as utility company maps.

The artificial intelligence not only creates a better understanding of what’s underground before Stake Center Locating begins assessing, it also assigns risk to sites and the need for an on-site investigation and markup.

Not every site requires an in-person visit, says Kennedy, who expects reducing them as the company grows will enhance its on-time performance and customer satisfaction. 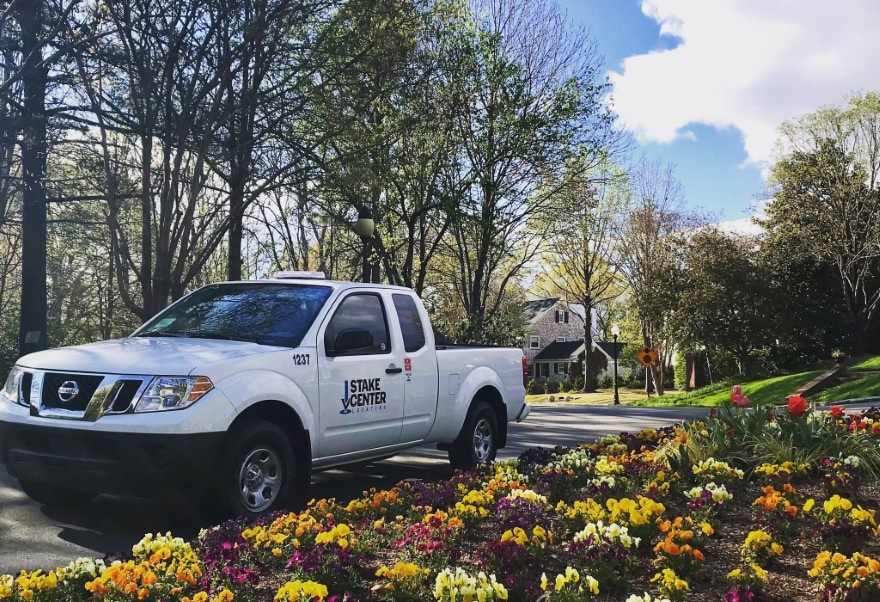 He anticipates the database to be completed by the end of 2021, along with a shift to the Microsoft Azure cloud, encompassing all operations from the field to finances. Stake Center Locating is already a Microsoft shop, so employees are familiar and won’t find a trip to the cloud daunting, he notes. With the tablets and laptops they already use, employees in the field can tap into Azure’s platforms and enjoy fast and safe transmission of massive files of photos, maps and other data.

“The people in the field are the backbone of the industry,” he says. “We’re only enhancing what they do by giving them the tools to be more successful.”

From finance to fiber optics

Initially, it seemed Kennedy was wired for in a career in finance more than tech, and after graduating from the University of North Carolina Wilmington in 1999 with a degree in finance, he continued to High Point University to earn his MBA in finance in 2000.

He began his career as a senior cost accountant for Newell Rubbermaid in 2000, and in October 2002 became senior manager of finance process implementation for Hanes Brands Inc. As he progressed through that role, Kennedy became more immersed in tech. 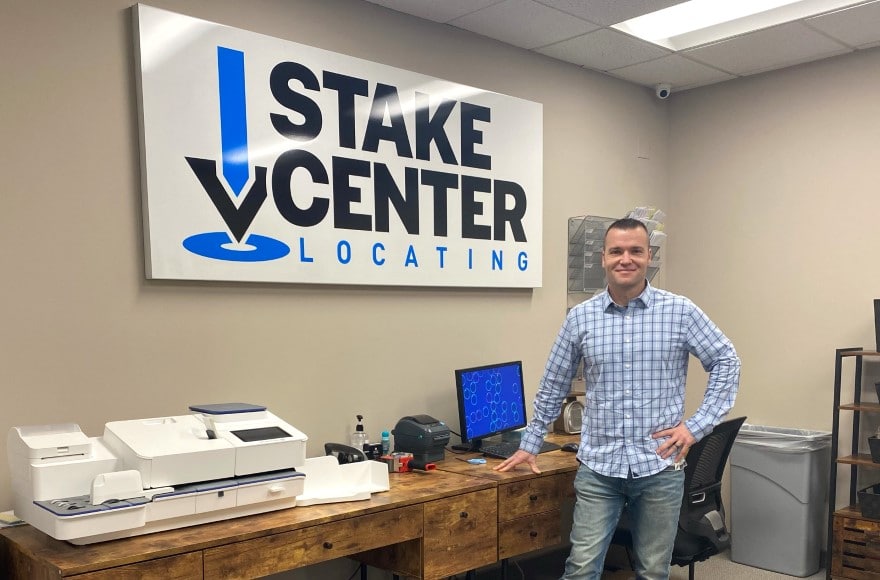 In 2009, with a focus on fueling systems, he became the global director of manufacturing IT for Gilbarco Veeder-Root, which provides technology solutions for convenience stores. There, he managed a staff of more than 20 in global IT application strategy, as well as software development and applications design and support before joining Inmar Intelligence of Winston-Salem, North Carolina, in September 2017.

Kennedy joined Stake Center Locating in September 2020 after a tip from a former colleague, and he’s excited by what he can add to its growth.

“We control our fate as to how quickly we want to grow. Getting our system upgraded and in place will help ensure agility and scalability,” he says. “I’m driven for success and looking to see how I can better myself and the company I work for.” 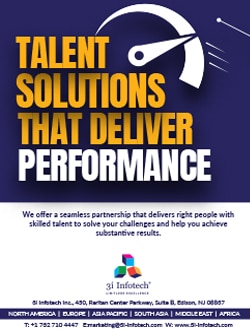