The integration of health information technology into primary care includes a variety of electronic methods that are used to manage information regarding people’s health and health care, for both individuals and groups of patients. The use of health IT can improve the quality of care, even as it makes health care more cost effective. 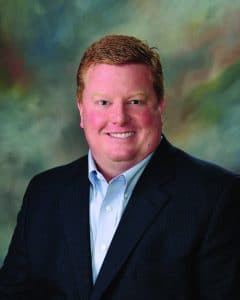 With the constant advancement in information and technology systems, the health care industry is witnessing an integration of technical support with administration. At Magnolia Regional Health Center (MRHC) in Corinth, Mississippi, chief information officer David Parker is at the forefront of combining these duties. “When I took this position, I was not aware of how much administrative work I would be doing,” says Parker. “A lot of the technology that we are applying is not presented to administration by the IT department any more. It’s brought forward by other executives who see a need and then work with the IT department to get it implemented.”

Parker’s role in the mix of things is to review what is being presented and determine what type of resources will be required, be it hardware, software, consulting or human resources. “There is not a department in this organization that the IT department does not have some sort of involvement with,” shares Parker.

With the mission of improving the health of the community — it serves one patient at a time — Parker says that MRHC remains the proper size to view patients as individuals rather than a number. “We typically know each patient and their family on a personal level,” Parker explains. “As a community hospital, we’re the largest employer in town. I think that helps to set us apart from the bigger city organizations.”

Parker leads an IT team of 29 employees with the department broken down into select groups. A help desk group is present to perform break/ fix services, as well as a clinical informatics group that deals with clinical aspects of the electronic medical records (EMR) system. “I also have an infrastructure group that handles the data center, wiring closets and all the backend server functionality and storage structures,” Parker explains. “In addition to that I have a business analyst group, IT director and cyber security analyst.”

Parker has worked in the health care IT field his entire career. Upon graduating from college with a degree in finance, Parker immediately accepted a position supporting a finance system for a local hospital. “At the time I didn’t really know that much about IT,” recalls Parker. “I had some contacts at the hospital and they were interested in me due to my finance background alone.”

After being trained in the IT system, Parker dove right in and began working his way up through numerous positions, starting as a supervisor and soon settling into a management position. Parker would eventually leave that position to lead a major electronic medical records (EMR) project at another health care facility. Upon successful completion of that project, Parker worked his way into a corporate position as an IT director for a group of hospitals scattered across the country. “I did that for about 18 months,” says Parker. “I then became an IT director for a larger health care system in Oklahoma for about 10 years. MRHC then made an offer to me to be their CIO and I’ve been here for nearly five years.”

When it comes to platform-based systems, MRHC has been using MEDITECH since the early ‘90s. As a complete MEDITECH facility, the software is used from the time that a patient schedules an appointment, all the way through inpatient and outpatient procedures and billing. “MEDITECH is a very good fit for a facility of our size,” says Parker. “It’s a very integrated program.”

MRHC is currently in the process of upgrading to MEDITECH’s latest 6.1 operating system, which presents a completely different environment. “We’re also implementing an anesthesiology system by Drager, as well as a speech recognition system from Nuance,” shares Parker. “When you’re doing implementation of this magnitude, a lot of the systems that partner with MEDITECH have to be upgraded as well.”

Upgrading platforms and operating systems is a part of MRHC’s initiative to become a Stage 7 hospital according to Healthcare Information and Management Systems Society (HIMSS). Currently a Stage 6, Magnolia Regional Health Center is aiming to be upgraded by February 2017. Under the guidance of David Parker, the facility will remain current with integrated systems as health care becomes a paperless industry.