Having a longtime rapport with a headhunter whom he had relied upon for info-tech talent, David Rettig fielded a call from him in 2016, only to find that it was his own expertise being recruited.

Then, the IT director of The Institute for Study Abroad at Butler University in Indianapolis, Rettig was seen as a fine prospect for a similar role at a metal buildings company in Waterloo, 150 miles to the northeast.

“He (the headhunter) says to me, ‘check this company out and tell me what you think about it.’ I tell him I don’t want to invest my efforts for a manufacturing company that doesn’t invest in technology,” Rettig tells Toggle during a late December interview. “He tells me, ‘believe me, this one does.’” 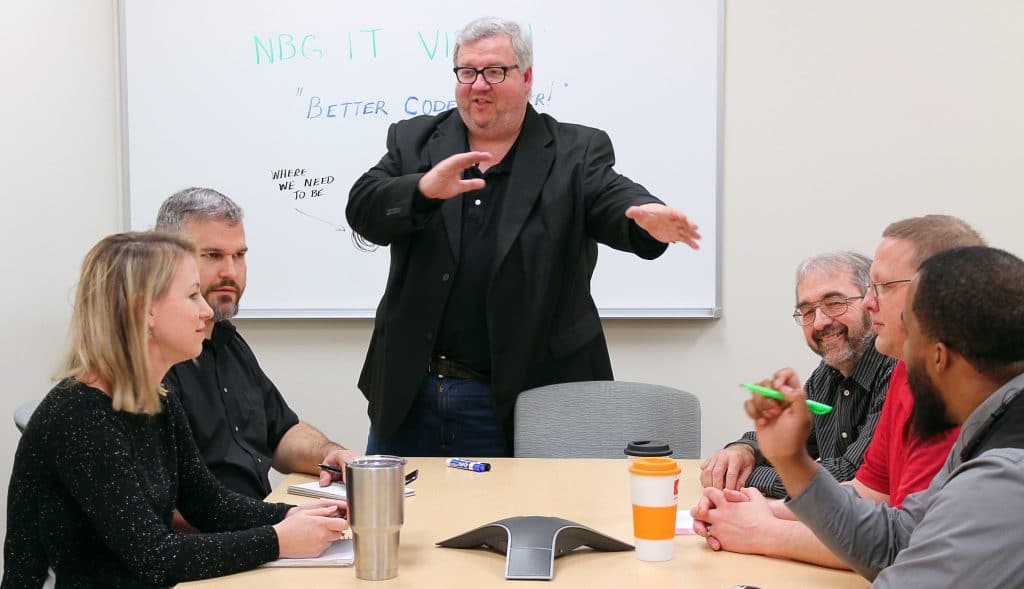 “This one” was Nucor Buildings Group, part of Nucor Corp., which bills itself as “The little steel company that could.”

It “could” already, with its affiliates and operating facilities throughout the U.S. and Canada, be America’s top steel producer and prove so adept at recycling that it was influencing much of the industry into taking a new look at scrap metal.

Maybe it “could” do even more once its tech systems were standardized to foster more collaboration among the various Nucor Buildings Group divisions and brands.

Rettig’s initial reticence notwithstanding, Nucor has proven the right fit for the 50-year-old technologist with a philosophical approach when it comes to leading six geographically dispersed IT teams nearly 100-strong, entrusted with creating the applications and infrastructure for 11 divisions and four corporate brands.

He doesn’t do it by programming skills alone.

“Technology is interesting, but people are more interesting,” Rettig says. “Technology is like a puzzle; what can I do to make this computer do X while the router does Y? I can tell the computer to do X and it’ll do X 100 times in a row.”

People, he explains, are far more complex. Tell them to do X, and a less committed employee might do half of X, while a more committed one will do 150 percent of X. Others might do X, Y and Z, with even a dose of A for good measure.

“As a leader, you have to figure out how to move them in the right direction,” he says.

Asked how much of an adjustment it is applying skills previously used in an academic setting to heavy industry, Rettig says it’s nothing that out of the ordinary. A veteran of many vertical organizations, he says “people are people” anywhere, all having hearts and minds, but not necessarily the passion and commitment to excellence. When interviewing a prospect, he wants to be “intrigued” and looks well beyond simple competence.

“If I can see fire in them, then I’ll want to learn more about them,” he says. “I can tell you what to do and you may do it as long as I’m watching. But if I can get you to believe what I believe, you’ll do what I need you to do whether I’m watching or not.”

Told that he sounds like a high-tech version of New England Patriots Coach Bill Belichick, Rettig takes it for the compliment it can be. After all, the players under Rettig’s wing will be counted on to collect and crunch the numbers that will enable the Nucor brass to make high-stakes, data-driven decisions at a time when the U.S. steel industry is challenged by well-documented global issues.

Nucor may be hoping for relief from Washington, but isn’t putting its plans on hold. So everyone on Rettig’s team had better relish playing under pressure, because it’s there where much of the game plan originates.

Last year ended on a winning streak for Nucor, with announcements of pending groundbreakings.

Nucor will build a rebar micro mill in Sedalia, Missouri, that’s anticipated to open next year. The project is consistent with Nucor’s strategy for profitable growth, and builds on its position as a low-cost producer, says President and CEO John Ferriola.

The Kansas City area also positions the company to supply rebar to current and future clients. The $250 million project is expected to create 255 full-time jobs in addition to the 450 who will build the facility. 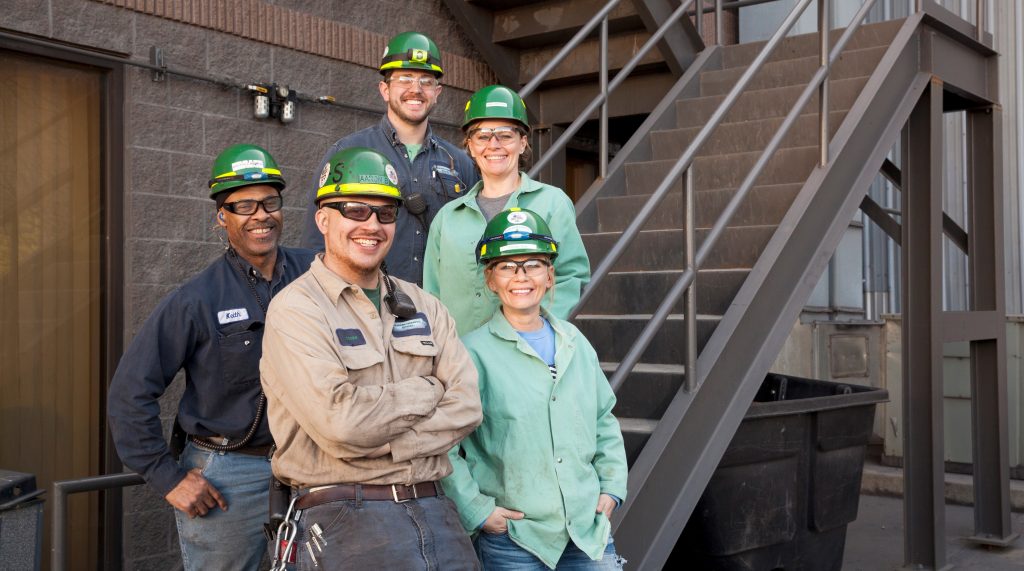 Then there’s a full-range, merchant bar quality mill, to be built at a Nucor location in Bourbonnais, Illinois—a $180 million facility also expected to open in 2019.

So there’s an ample to-do list, further reason for the team to soak up the challenge of working for a heavyweight, Rettig says. Last year the company soared to No. 26 on Forbes’ list of best U.S. places to work, with Apple and Microsoft looking up from notches below.

Turns out, a steel company has been the right place for Rettig to ply the skills he’s been accumulating since he was a kid.

For Rettig was all of a precocious 13 and reading a long-defunct magazine, Creative Computing, back in 1980 when he responded to its pitch for submissions. He wrote an assembler code displaying binary objects that could be moved about on a screen. Not only was it published, Rettig got a $75 check for his efforts.

“I just wanted to show off my code and they paid me,” he remembers. “That’s when I figured out, ‘wow, I could make a living at this.’ I was hooked.”

That passion is only being sustained, as January found Rettig starting a doctorate program in business administration at Wilmington University. When Rettig gets that degree—he’s anticipating 2022—it’ll go on his wall next to a Master of Science from WGU Indiana and an MBA from Franklin University, where he also got his undergrad sheepskin.

“I feel strongly about continuing education for my team and myself,” he says. “I’ve encouraged my team to go back to school, and acquired grants from my alma mater. Eight members of my team have enrolled in higher education, and I’m really proud of them. Technology as an industry changes so very fast that you have to invest in yourself.”