As the current chief information officer at McKinney Independent School District (ISD), David Spann has spent 33 years in public education. Starting out as a classroom teacher, he eventually transitioned into an assistant principal role where he became involved with and in charge of the technology at the high school where he was working. 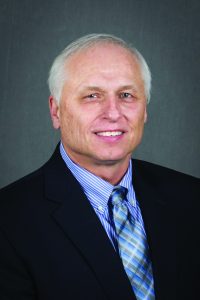 After receiving training in network administration, Spann led a project that involved wiring the school’s first computer lab in 1994. “I received a call from the superintendent from another district and he let me know that there was a director of technology job opening at one of his schools,” recalls Spann. “I applied for it and got the job; that propelled me into the technology world full time.”

After spending 11 years in that position, Spann moved to another district as the executive director of technology for five years before becoming the chief information officer at McKinney ISD, where he has been for two years. Some of Spann’s key initiatives have included implementation of a Learning Management System, building a backup data center and migration to cloud storage for students and staff.

From his days as a classroom teacher, Spann approaches every aspect of his job with concern for how it will impact the students. He has also found that the role of a chief information officer has transitioned from a strictly technological position to an administrative and managerial one. “We receive so much input from many different resources,” says Spann. “It comes down to the fact that it’s not about what technology we want, but what is right for the classroom; that involves a lot more people than just the IT department.”

One of the biggest initiatives that Spann has been involved in with McKinney is a project called 1: The World. In September 2014, the McKinney ISD board of trustees passed the initiative, which was intended to redefine the way its students collaborate, create and communicate. The district distributed 2,000 laptops to students in a matter of days. “It was a very rewarding experience for us,” says Spann. “It has been a great way to interact with the students. We’ve done it the past two school years and each year has been very successful.”

McKinney ISD has been implementing the use of devices such as iPads and tablets in grades K-8 and integrated them into project-based learning that engages the students’ creative thinking and problem-solving abilities. The variety of devices varies depending on the grade level, from iPads to tablets. The closer the students get to high school, the more the focus is shifted to Macbooks and laptops. “When they get into high school, it’s all about preparing them for college,” Spann explains. “The 1: The World project generates from the initiative to help them prepare for the next stage in their life.”

One of the aspects of preparing the students for college life is the activity of receiving and turning in assignments electronically. With the implementation of Blackboard, students are now prepared for the ins and outs of communicating with teachers and professors via an online portal. “One of the great things about the 1: The World program is that many of these kids have never had a laptop before,” says Spann. “I’ve had parents come up to me and tell me how great this experience has been for their kids.”

With the number of networks and technological aspects going on at McKinney ISD, the IT department maintains the ability to support all systems internally. Depending on the complexity of a job, the district may outsource certain aspects to aid in the process. An example of this is when the 2,000 laptops were given out, Spann used the services of an outside company that received the laptops, unwrapped them, installed any images or software on them and delivered them to the district, ready to be handed out to the students. “We do that mainly because of the amount of time it takes to do that and manage all that packaging waste,” Spann explains. “They also recycle as much of it as possible.”

Building relationships with outside suppliers, vendors and resources has been of utmost importance to Spann and his team. “When we’re spending taxpayers’ dollars, we have to ensure that we are getting the very best price while also providing the best service for the students,” shares Spann. “There are also times when certain things happen and we may need some additional support right away. You want those partnerships where you know the other party will be there and be able to take care of it for you.”

With a passion for combining education and technology, David Spann will continue to implement new initiatives and systems that provide a better learning experience for students of all ages throughout McKinney Independent School District.