Comfort zone in a new challenge

Comfort zones are for slackers. That seems to be the mindset of Dena M. Ghilani, the chief information and technology officer at SESCO Enterprises, a trading and risk-management firm in the Pittsburgh suburb of Greensburg.

If Ghilani is comfortable there now—and she seems to be relishing her role which began in October—it’s largely because she’s so used to taking on new challenges and adjusting on the fly. It took some doing to depart what had been a high-profile info-tech gig at pharmaceutical heavyweight Mylan MV, just as it did for her to leave other choice gigs, But Ghilani isn’t one to, well, remain comfortable. Not if there’s another chance to put her mix of IT and business skills to yet another test.

More on that mix later, but as Ghilani tells Toggle in March, going to a smaller firm should never be seen as a step back. Not when it includes opportunity for more interaction with all departments and a chance to see the fruits of her labor without the bureaucratic delays that can hamper a larger operation. 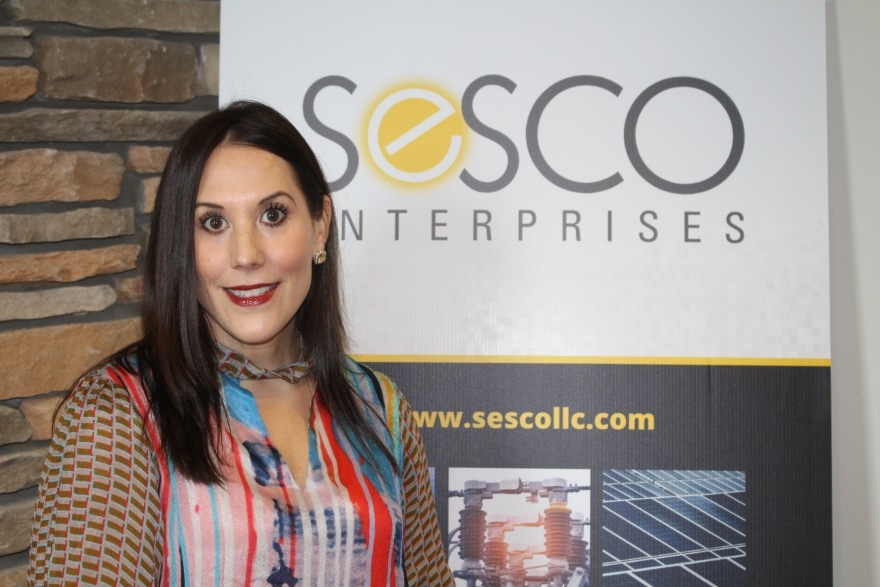 “We’ve everything here that you’d see in a Fortune 500 company,” says the personable Ghilani, who’s worked and consulted for a few of the big players. “It’s a really good place for someone like me to come aboard as a leader. My vision is so compatible with the CEO’s.”

CEO Mike Schubiger’s vision can best be described as generating higher than market return for SESCO’s investors, shareholders and stakeholders, and doing so in an industry beset with all the variables of the wholesale electricity business. Thus, the need for leveraging high-tech savvy to mitigate the risks and assess the options.

A company like this could already have been counted upon to have a formidable IT infrastructure in place before Ghilani came aboard. To be sure, SESCO did, but it’s been her mission to assess the needs for today and an imminent tomorrow, and take software such as SESCO’s proprietary trading and Tableau software to the next level.

Early duties included embarking upon an independent security and infrastructure maturity assessment that, among other consequences, has led to SESCO strengthening its security posture, compiling a two-year strategic map and staffing model, and an ongoing move toward migrating some functions to the cloud.

There’s no neglecting her daily duties of keeping the systems and applications humming. And while SESCO will invest in IT, she’s not going to spend for the sake of spending.

“I run my department in a very fiscally conservative manner,” Ghilani says. “But I’ll never make all my decisions based on cost alone.”

In this area, she may well operate with an advantage not widely shared among other info-tech leaders.

How her skills add up

A liberal arts graduate at Dickinson College with an early eye toward law school, Ghilani opted to study financial management and analysis at prestigious Carnegie Mellon University for reasons that might elude other far-sighted and ambitious people.

“I thought I was bad at math and didn’t want to carry that weakness,” she says with a chuckle. “So I told myself, ‘let’s do finance’ and confront that weakness.”

It seemed she was underestimating her intellect, though no one else was. Certainly not after Ghilani enhanced her newfound IT passion with credentials spanning software process implementation and improvement, quality and organizational excellence, ITIL and Six Sigma to ascertain her skill set and experience.

The U.S. Department of Commerce would welcome her aboard as a statistician from 1997 to 1999 and she’d build an impressive resume over the next 20-plus years. There would be a consultant’s role at CGI-AMS, a quality assurance manager’s responsibility at Anteon Corp., a nine-year stretch as IT director at Thermo Fisher Scientific and almost five years at Mylan, the last couple as head of Provider Functions IT of North America and Brazil and Global Commercial Shared Services.

Such a resume more than prepared Ghilani for SESCO, where she can put her hard and soft skills to use—the latter being the ability to manage a modest team as well as get her hands dirty tinkering with new and upgraded systems.

“Technology’s always changing, so I look for people who can adapt and evolve,” she says. “I can be more open to people with a diverse background like mine as opposed to someone who may be more technologically driven. You can do anything if you’re willing to embrace new challenges. Don’t let yourself get comfortable—or afraid.”

And, again, there’s no need for her to be dealing with a lengthy chain of command. CEO Schubiger’s door is always open to her.

“We are smaller but nimble,” she says. “I can put my fingerprints on what we do and see the results, and that’s rewarding for any technologist. In a large organization you have teams focused on one discipline. Here you have yourself, and that’s fine. There are strengths to being less bureaucratic, though we must wear more hats.”

Hats others might find uncomfortable, but which suit Ghilani’s adaptable style.