Denys Diaz may not really want TowneBank to be operated remotely from its parking lots, but it could happen in a pinch, if need be. In fact, it could be run from just about any location.

After four years of preparation, the bank’s core system and other critical software were replaced in early November. In tandem with other major changes, including an improved customer experience and banker-customer relations, in now much more competitive, says Diaz, the banks CIO. 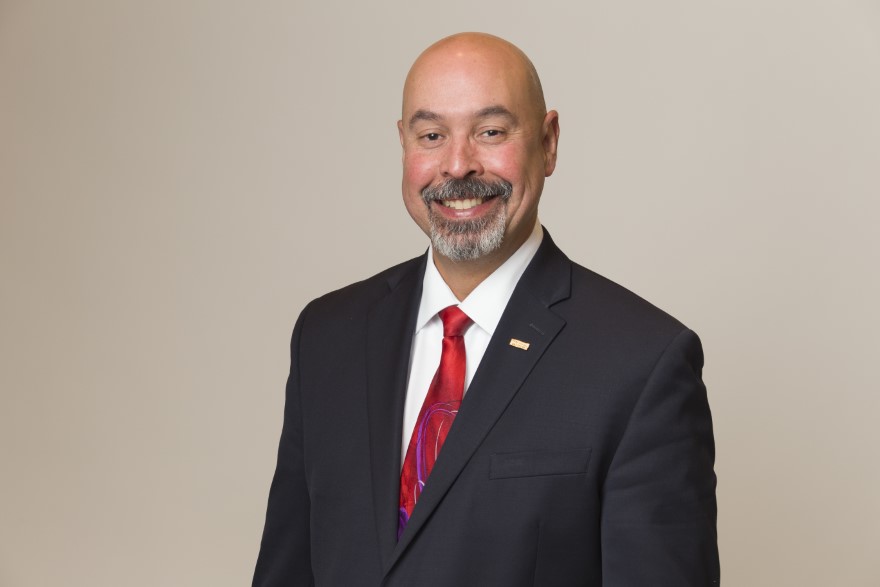 “I love creating solutions that help the customers and do well when the status quo’s not accepted,” he says. “We try to implement positive change with a wide net, allowing our teams to adapt to and adopt the change. We’re a transformation engine that runs at 2 mph and never stops.”

When COVID-19 arrived in March, impacting branch operations and forcing many employees to work remotely, the technology improvements Diaz and his team made (based on requirements for a comprehensive disaster recovery and business continuity plan) ensured bank business continued.

TowneBank has more than 40 branches in Virginia and North Carolina, extending along the coast and inland as far as Richmond and Charlotte. The bank also underwrites mortgages from Pennsylvania to Florida and offers home, health, life and vehicle insurance across the U.S.

Diaz joined TowneBank in June 2016 as it acquired Monarch Bank, where he’d been executive vice president and CIO. From the beginning, he knew tech upgrades were needed to maintain the existing business as well as scale for growth. 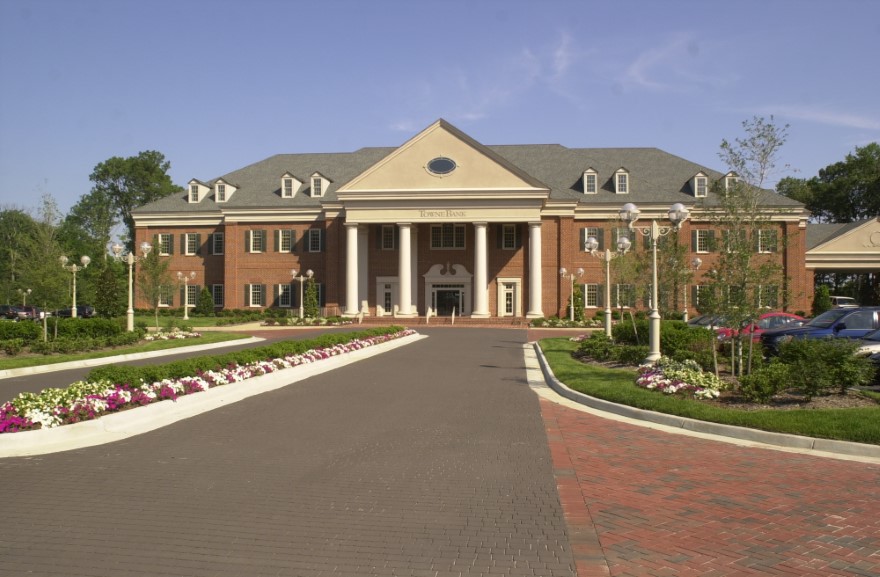 But the overhaul was not something he rushed into.

The deliberate approach to modernize the bank’s core system began in 2015, before the acquisition. As Diaz joined TowneBank, the work to examine and formulate a future technology platform intensified through collaboration and partnership with consultants from CCG Catalysts and core provider FIS.

“We needed better capabilities to do more things,” Diaz summarizes. “The bank is about product creation and allowing more sophisticated lending. We needed to convert our core to move from a legacy to a more robust system.”

With additional help and guidance from partners including Achieve One, Diaz forged ahead on a cloud migration strategy to ultimately create the foundation for more efficient operations. Completed in the latter part of 2019, the shift makes the bank more nimble and secure, he notes.

To ensure the strategy to shift to cloud services and remote work capabilities was secure, TowneBank partnered with Presidio, a New York-based firm with offices throughout the U.S., and a provider of infrastructure consulting, process automation, hardware, software and cybersecurity solutions. 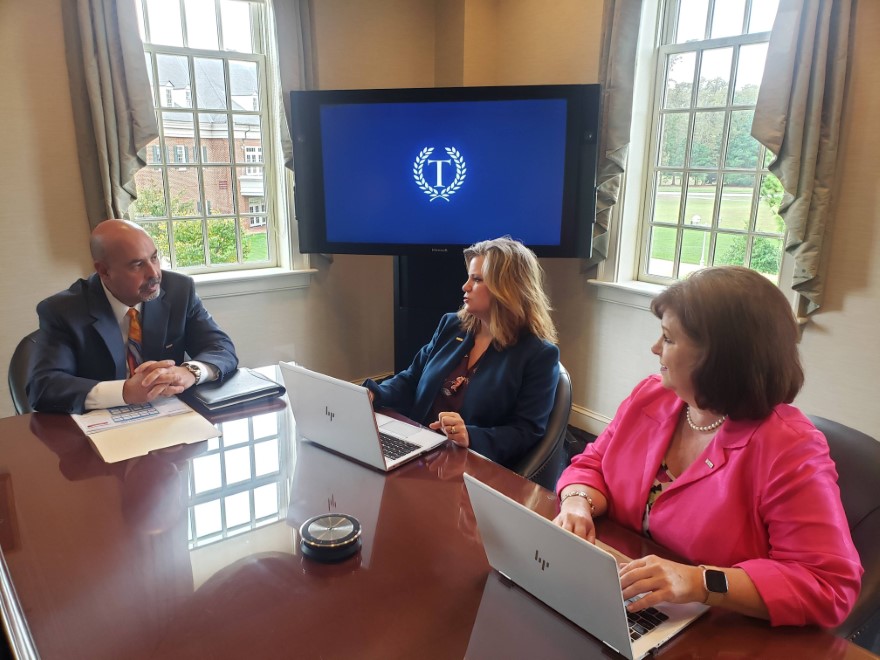 “Presidio’s experience made them a natural choice,” Diaz says. “Showing that a shift to the cloud is secure was a key to moving forward.”

“We value the partnership and trust we have with Denys and his leadership team that allowed us to assist them on this transformational journey,” he says. “We look forward to seeing continued success and innovative technology adoption in the future.”

The cloud migration also takes quite a load off TowneBank’s equipment and systems management. Reaching 2025 or 2030 while relying on an on-premises data center would have placed the bank in a competitive disadvantage, Diaz says.

As part of the overhaul, he adds, new tools and capabilities were brought into service to automate, digitize and streamline business processes for banking operations and administration.

“We know what we want to do and have the tools to do it,” Diaz says. “It’s a matter of mapping and executing on a steady cadence of progress.”

Proof in the pudding

The need for these tools was readily apparent when COVID-19 arrived and about 75 percent of TowneBank’s employees began working remotely. There was also the challenge of creating a new program to serve customers through the Paycheck Protection Program. This is when the four years of steady investments in technology really paid off, Diaz notes.

Partnerships with Intrado and OnCall Telecom enabled a shift to cloud-based communications so it appeared that TowneBank employees were still at the office when they might have been working in their kitchens or living rooms. OnCall, based in Virginia Beach, provided cloud consulting expertise and project management resources, Diaz adds. 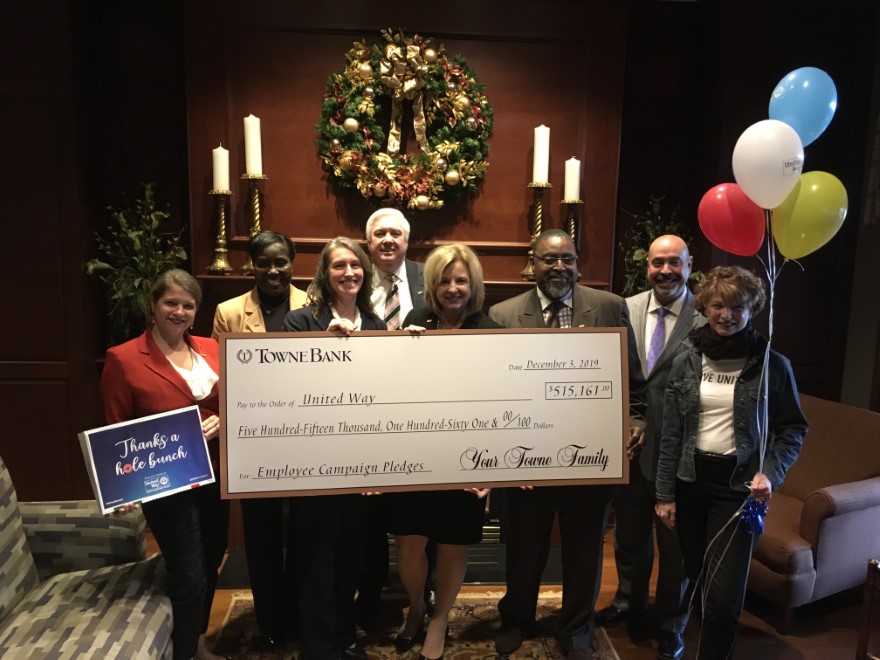 “They were the consulting arm of the phone project,” he says. “I’ve known them for years since coming to Virginia and TowneBank was a perfect fit for what they offer and what we need.”

Oncall President John Finguerra remains excited by the results of the shift.

“It was an honor to be able to work with Denys and the entire TowneBank executive team on this paradigm shift of their go-forward communications strategy,” he says. “We needed to ensure stability as well as a non-business-impacting implementation. We are very excited about all it does for TowneBank and its clients.”

The pandemic also ushered in new perspectives for employees on how they could work effectively on campus or remotely.

“It’s the age-old adage ‘no one likes change’ and it’s very true,” Diaz says. “We do what we do strategically; we’re not going to force change but rather deliver improvements everyone will welcome.”

Keyboard over drawing board

Born in Cuba, Diaz moved to Florida when he was 15 with a developing interest in technology.

“I’ve always had a more mathematical type brain as opposed to language arts,” he says, although his love for computer science was equaled by his love of architecture.

In fact, when Diaz started his college career, he pursued architecture first. By the time he enrolled at Florida International University in 1987, it was clear computer science was the better path and he earned his bachelor’s degree in 1990. 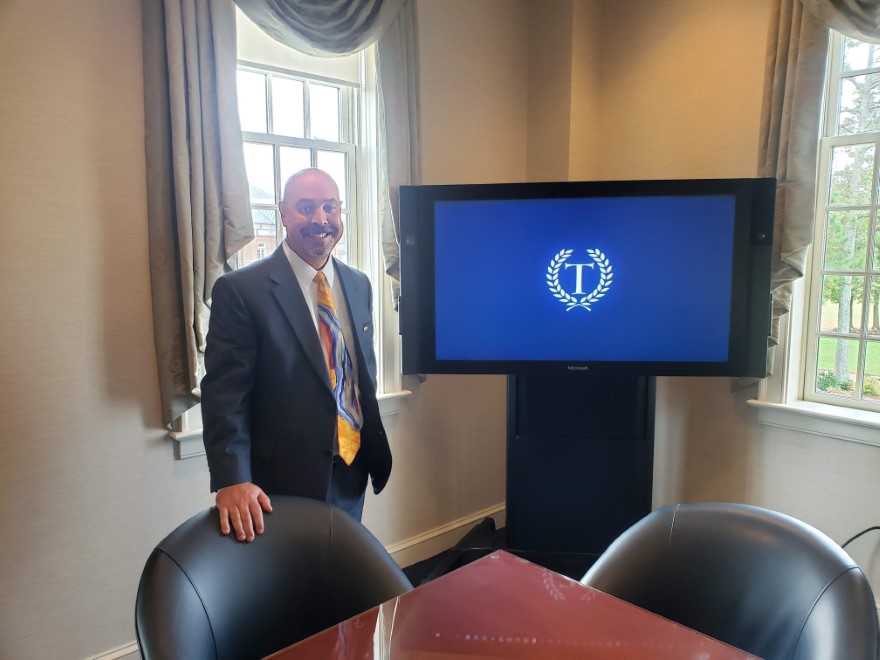 After college, Diaz began applying his tech skills in the banking industry and had his first leadership role in 1998 at Lloyds TSB, ultimately becoming vice president and director of IT.

In January 2008, he moved on to become a senior vice president and chief information and technology officer at Hillcrest Bank in Kansas City. Two years later, in April 2010, Diaz joined Lone Star National Bank in Texas as its executive vice president and CIO.

After a year at Lone Star, he moved north and east to join Monarch Bank in Chesapeake, Virginia, as its executive vice president and CIO. While at Monarch, he also graduated from the University of Virginia School of Bank Management. When Monarch was acquired by TowneBank in 2016, he continued in the same role.

Along his career path, Diaz has also come to appreciate the level of creativity needed to be successful in IT.

“What I bring to the table is years of experience,” he says. “This is my fifth opportunity at being the first CIO a company has had. I’m well-versed in starting from scratch. We are now in a better position to compete with larger banks, and we have to demonstrate we have the capabilities to do so to the communities we serve.” 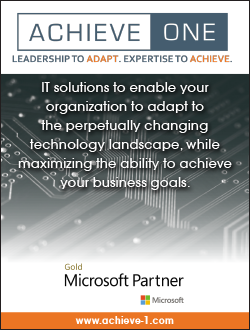