In 2016, Salesforce.com Inc., one of the largest cloud computing companies in the United States, leased Indiana’s tallest building as part of the company’s expansion. The newly named Salesforce Tower, located in downtown Indianapolis, will bring hundreds of high-paying technology jobs to the state in areas like engineering, finance and IT.

That development surprised many outsiders who might have associated the Hoosier State with old-fashioned manufacturing jobs, not a modern tech boom.

“But from a tech perspective, I think Indiana is something of a sleeper. You won’t really know what it’s got until you experience it, and it is an extremely vibrant community,” says Indiana’s CIO Dewand Neely. 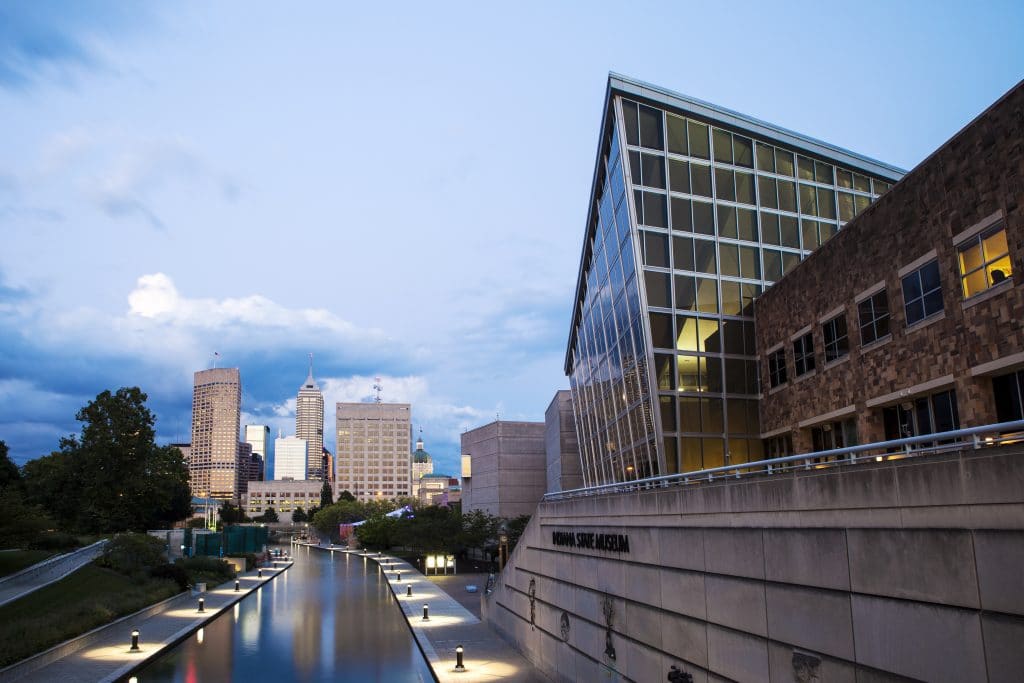 Cities across Indiana are investing in state-of-the-art facilities to support the growing technology sector. Fishers, Indiana, for example, a city just 30 minutes north of the state’s capital, recently opened the state’s first “Internet of Things” (IoT) lab, a 24,000-square-foot workspace that will allow entrepreneurs and researchers to develop IoT products and technology.

In early spring, the space held the AT&T Internet of Things Civic Hackathon. During the event, Indiana officials shared state and city data with groups of programmers, developers and coders, who are then tasked with providing a solution. An example would be finding a way to shorten a common commute by analyzing data from the Department of Transportation.

Neely, who has spent the majority of his career in public service, says these initiatives represent a paradigm shift for the role of IT in state government.

“I feel like we’re at a decision point right now in terms of technology,” he says. “The cloud is not going away, and as it becomes more mature, we’re really going to have to evaluate how we are going to operate in the future and how government is going to keep pace giving citizens that continuous service.”

From siloed to data sharing

This revolution in IT began in 2005, when the state’s then governor, Mitch Daniels, created the first centralized IT agency to consolidate Indiana’s technology infrastructure.

“Before then, all the executive branch [of state government] was siloed, meaning they had their own IT staff, their own servers, own email and file servers on networks and they managed their own software contracts,” Neely says.

The new IT department helped standardize all of the government’s end-user hardware, shut down five superfluous data centers and centralized the department’s help desk by strategically placing engineers throughout the state.

These efforts have resulted in massive savings for the entire state, “but the real fruits of the labor are when we take on innovative efforts like data science, data analytics and data analysis because we have made it so much easier for three or four agencies to come together and find solutions,” Neely says.

For instance, in 2015, the state government used a data-based approach to begin tackling the nationwide epidemic of opioid abuse.

“In Indiana, just like everywhere else, we had a major uptick in deaths by overdose, so one of Governor Pence’s initial goals was to save more lives and create something to help these people find hope,” says Neely.

The IT department began collecting data from the city and state police forensic labs, the Department of Health, even pharmacies that had experienced break-ins, to identify which areas were experiencing the most overdoses or drug-related incidents. With this information, the state could then change the policies and codes in these hotspots to counteract the epidemic. One change was allowing police to carry Narcan, the drug used to block the effects of opioids, and in the case of an overdose, hopefully save the person’s life.

But the payoffs aren’t always obvious, and some of the 120 government agencies are still nervous about sharing data or are confused about how the exchange of information happens.

“We really try to sell it as a two-way street. You give us your data, and we’ll give you access to something much bigger that could actually save lives and help people,” Neely says. “Policies can only be made by looking at all this data together and not separately.”

No more waiting in line

In 2015, the department helped Indiana’s secretary of state launch INBiz, an online resource for people to register and manage their local businesses.

By encouraging partnerships both in and outside of Indiana’s government, CIO Dewand Neely says the Hoosier State is becoming a hub for technology innovation.

In the past, registering a business meant traveling to the State House in Indianapolis to sit down with employees from the Secretary of State’s office, the Department of Revenue and the Department of Resource Development. “If you were lucky, that meant only three separate meetings, worst case scenario you’re having six different interactions just to get your business registered,” Neely says.

With INBiz, new business owners enter information once and the website sends it to the correct agencies. Business owners can also use the website’s portal to renew their registration and file unemployment claims.

“This is a testament of how well Indiana government works together,” Neely says. “Because the secretary of state is not a part of the executive branch, they are separately elected, so even though we don’t interact very often we were still able to work together on this partnership.”

As a born and bred Hoosier, Neely enjoys seeing these efforts directly impact the people of Indiana.

Neely, who started his career in public service in 2004 as a senior systems administrator in the Family Social Services Administration, has been with the centralized IT department since its inception.

Neely worked with people from nearly every agency as he rose through the ranks of IT, and when he finally accepted the role of CIO in 2015, he had established relationships with all the departments.

“I had built a certain level of trust because they know I understand what they are trying to accomplish,” he says.

Businesses also seem to understand that vision. With Salesforce.com coming to Indianapolis, more big fish are sure to follow. And with them, ever-greater demands on the state’s IT infrastructure.

“It’s hard for me to imagine finding a place where I could get that level of satisfaction coming home from work,” Neely says. 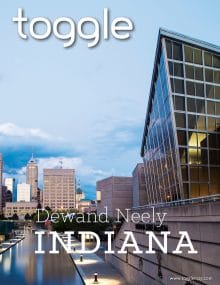