When he was growing up in Venezuela, Diego Ferrer used to get excited when he saw an airplane fly overhead. Little did he know that he’d one day be in charge of keeping airline passengers safe and improving the traveler experience at one of the largest airports in the world. 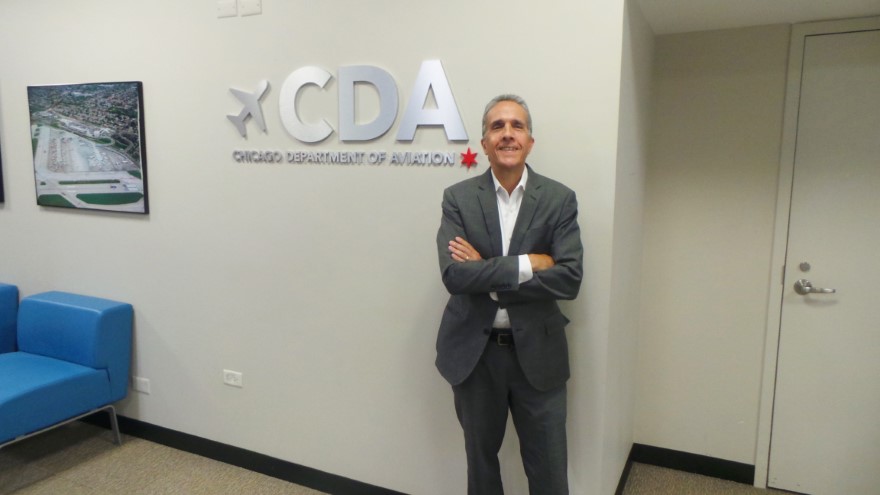 Ferrer is the CIO for the Chicago Department of Aviation (CDA), which runs both O’Hare and Midway International airports. Aside from making sure federally regulated safety measures are met and passenger satisfaction remains high, Ferrer has been managing the organization’s response to the COVID-19 pandemic.

Luckily, Ferrer says, all the technology used at O’Hare, where his office is located, is easily scalable and transferable to Midway, a smaller airport where more than 90 percent of the flights are operated by one carrier: Southwest Airlines.

“Operating two airports is really beneficial from an IT perspective because we have redundant data centers, and I can have everything replicated from one airport to the other,” he says. “Certain systems, like our financing platform and administrative processes, serve both airports,” though not all of that can be managed remotely, even during COVID-19.

The pandemic has impacted the airports under Ferrer’s charge in many ways. For starters, he says partial remote work makes privacy and data security concerns more pressing, even though the city and the airports use virtual private networks to communicate—it’s “hack proof” in his words (notwithstanding phishing attacks). And there’s been a shift to systems and technology that prevent the spread of COVID-19.

As of mid-June, Ferrer was working on implementing a surveillance system that could detect distance between people, but he says distinguishing between family members or travel parties has been challenging. He says O’Hare is considering technology that would allow the airport to measure temperature on a massive scale, to identify potential carriers of the virus.

If all that seems a bit like Big Brother, Ferrer says just consider how much contact people have at airports. Whether it’s a baggage handler, ticket agent, security personnel or gate attendant, human-to-human contact has been an airport staple since, well, forever. The current healthcare crisis is forcing CIOs like Ferrer to come up with solutions to make airports as touchless as possible. 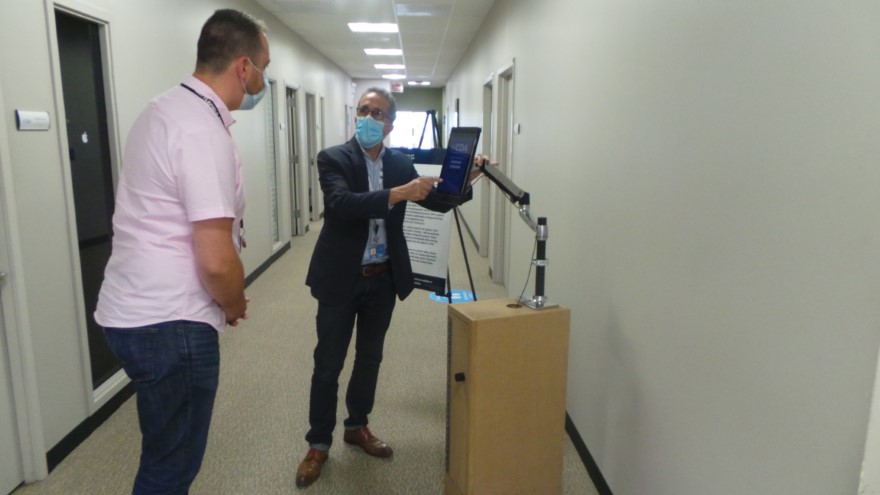 “Right now, we’re using facial recognition on international flights, so you don’t have to hand someone a boarding pass,” Ferrer explains. “Agents used to touch a tablet to move between screens, but now they use voice recognition and say ‘next.’”

Facial recognition began in fall 2019 after a mandate from U.S. Customs and Border Protection. Rather than pay a heavy price to license the software, Ferrer and his team built it internally. There’s another group, Metropolitan Washington Airports Authority, which developed its own and is licensing it, and Ferrer says it’s something he hopes the CDA can do in the future.

For airport technology, the future is now

That future includes improving the passenger experience—which is easier to do with the lower passenger volume caused by the pandemic. To do that, airport IT workers have been quickly installing new electronic signage and improving digital kiosks so they can be used without requiring a person’s touch.

“I’m so excited about what’s coming next and what we’re going to be able to do at our airports,” Ferrer notes. “I don’t have a crystal ball, but there are trends, and facial recognition is only going to get bigger and better.” 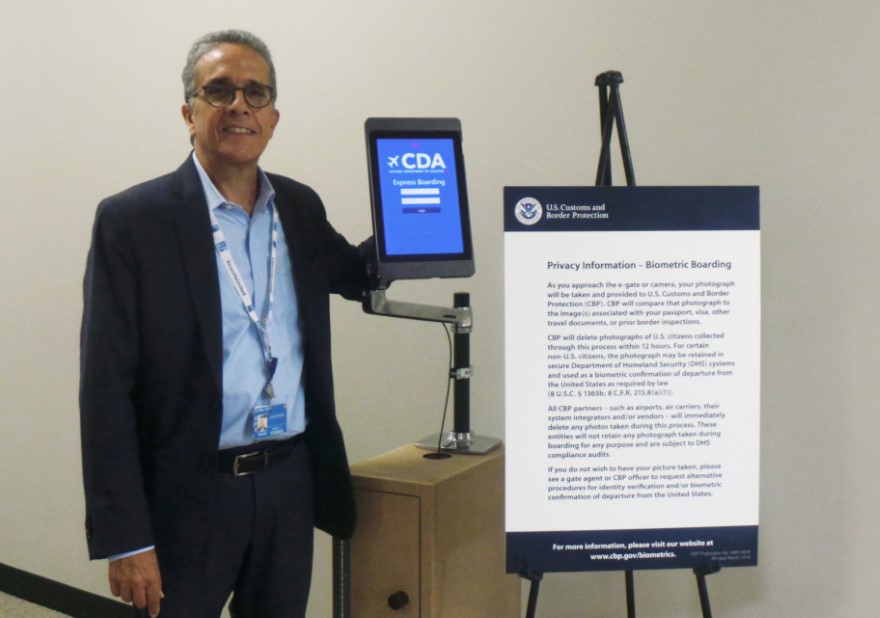 Ferrer says a trend in aviation called Airports 4.0 will eliminate much of the interaction with agents. If a person opts into the program, they’ll be greeted at the airport by a digital kiosk before dropping their bags on their own. Next, a camera will take their picture as the person moves through the TSA checkpoint and is assigned a seat right before boarding the plane.

Increased privacy concerns come with facial recognition, Ferrer acknowledges, because there are plenty of people out there who don’t want their picture taken and stored on an airport server. But Ferrer assures travelers that the picture is kept where nobody can access it or view it.

“If someone was to hack into the system, there’d be nothing there,” he says.

More than removing your shoes

Not only do Ferrer and his team oversee the people who monitor TSA security lines, they also monitor and secure the networks, frequencies and radio bands used by the many agencies operating on airport grounds—including the Federal Aviation Administration, TSA, Chicago Police Department, Chicago Fire Department, Illinois State Police and the FBI. And don’t forget animal control, because, as Ferrer jokes, you can’t have a coyote running across the airfield. 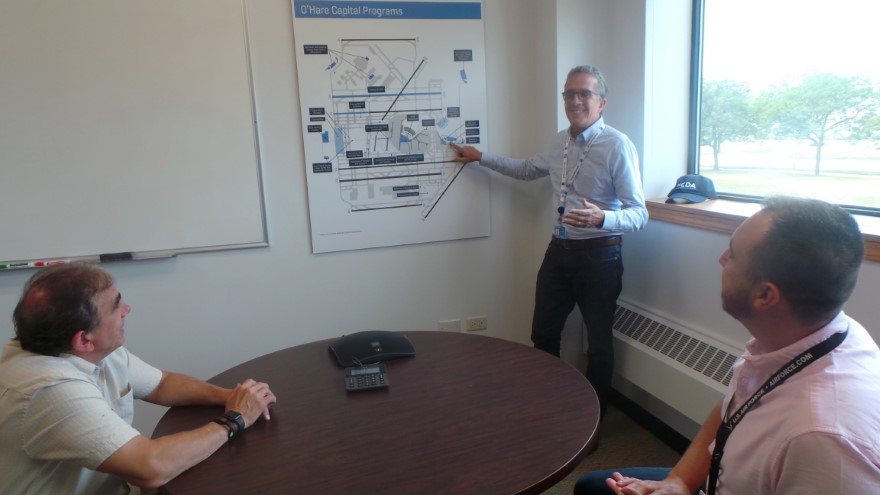 To meet the demands and better secure the network, Ferrer has installed a new truncated ratio system called TETRA—the first time it’s been used in a domestic airport. The security officers using those radios monitor the networks, and the most effective attacks are the social ones, like phishing scams, Ferrer says.

“We have some interesting things happening here with social engineering, like diverting payments, because of the billions of dollars and countless pieces of personal information that pass through our network,” he says. “We get different bulletins from different agencies that alert us of potential cybercrimes.”

A long career has–finally–taken off

Dealing with cybercrime at O’Hare wasn’t always in Ferrer’s plans, and he definitely didn’t expect to be in this position when he was a kid. Heck, even six years ago he couldn’t have imagined running IT for one of the world’s largest airports. 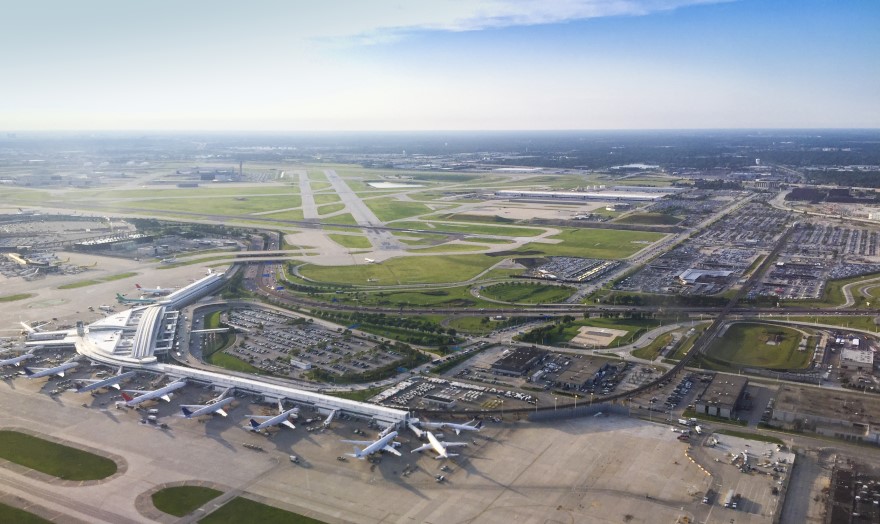 He began his studies at Simon Bolivar University in Venezuela, graduated with a degree in electronics from DeVry University, and started his tech career at Hewlett-Packard in Venezuela before moving to Illinois in 1989.

“I knew then that there was no better country in the world to study electronics than the U.S., who leads the world in STEM careers. I’m very proud to be a citizen of this country and to contribute to its success,” Ferrer says.

After working for a consulting firm for four years, he spent 11 years with Electronic Knowledge Interchange before serving as a managing principal at Orinoco Systems for eight years. He then became managing deputy commissioner and CIO for the CDA in 2016.

“My first step was creating a more solid foundation for the airport’s digital infrastructure. Standing up a new financial system with appropriate redundancies to handle the billions of dollars that get managed by the CDA and moving over to a proper data center was crucial to this,” he explains. 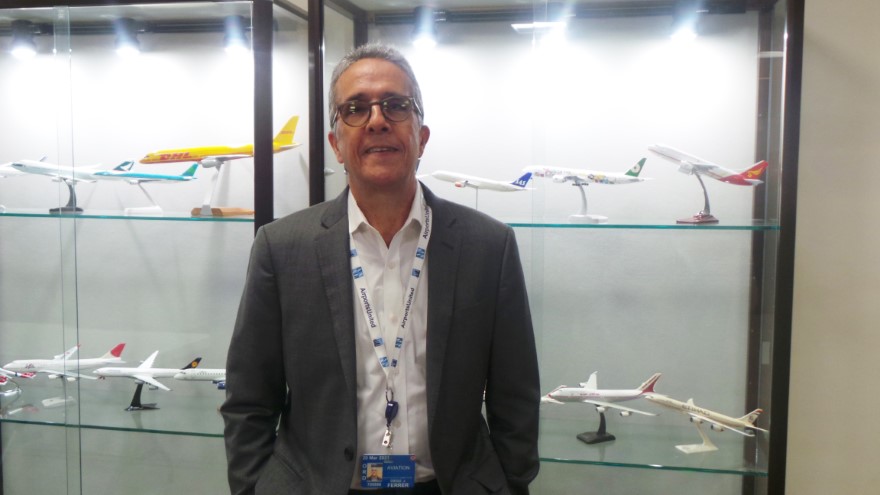 There was a very small team when Ferrer got to the Chicago Department of Aviation, and he compared the perception that the organization had of the IT division to the Geek Squad—a bunch of people fixing computer problems after they happened. It didn’t take long before everyone realized that an organization of the CDA’s size needed a strong, dedicated IT team, not just someone who could fix a hard drive.

“I’ve been able to evangelize the organization with a very strong support from upper management, and I think we’re looking at IT as a transformational and informational tool,” Ferrer adds. 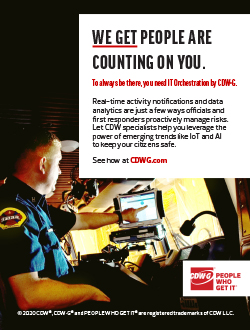 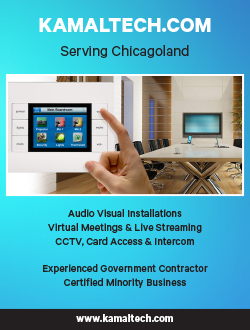