It’s been a long time coming, but students in Oregon’s Portland Public Schools—particularly those in the Northeast Albina District—will finally get the technology they deserve, thanks to the passage of the largest capital bond in the state’s history last November.

During the past century, the city endured its fair share of racial strife, and Portland Public Schools CTO Don Wolff says Portland will now allocate $128 million of the $1.2 billion bond to technology and classroom modernization—helping bridge the digital divide between the city’s more affluent communities and those that have been traditionally underserved. 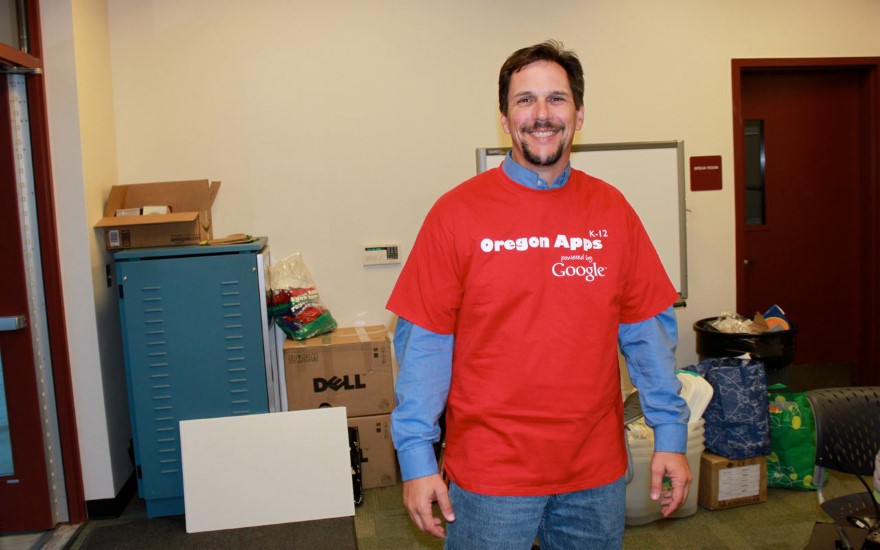 Every student in grades 3-12 will now receive a Chromebook; students in pre-K through second grade will receive the devices using a 2:1 ratio. Meanwhile, all staff members will have their current devices replaced. Another $60 million will be dedicated to the development of Portland’s first Center for Black Student Excellence.

“There’s incredible work being done by Portland Public Schools in partnership with the community to address the technical inequities that have existed alongside racial inequity throughout the district for years,” says Wolff. “It’s an exciting time.”

Happy news of the funding came on November 3, 2020 when a whopping 75 percent of voters supported the bond initiative.

“It’s pretty amazing this happened in the midst of pandemic,” he says. “This is the third bond in a series of capital construction bonds to address critical health and safety issues, as well as create modern learning environments. With students in full distance learning now, the need for technology and curriculum development couldn’t be ignored.” 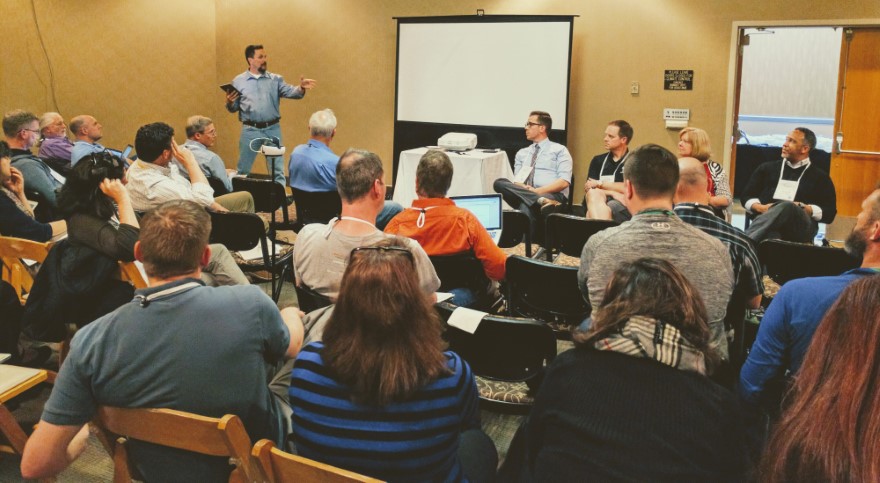 In 2017, as part of a broader vision for the future of PPS, the district established a 10-year technology development vision to revamp its schools’ programming from the ground up, while also expanding culturally and racially relevant digital curriculum offerings for the district’s 50,000 students.

Educators from around the country took a year to connect with the community to find out what they wanted to see in Portland’s educational systems and graduating students. According to Wolff, the goal is nothing short of reimagining how the district works—and how its students, staff and community can stay connected.

“Ultimately, it comes down to the belief that each student is entitled to a free and open public education that provides opportunities for every student that enters the system,” he says.

Sadly, that wasn’t always the case. Like so many schools in the district’s aging fleet of generations-old buildings, Jefferson High School—located in one of Portland’s predominantly African American neighborhoods—needed major renovations. Thanks to the recent bond, PPS will soon begin work on a $300 million modernization plan. 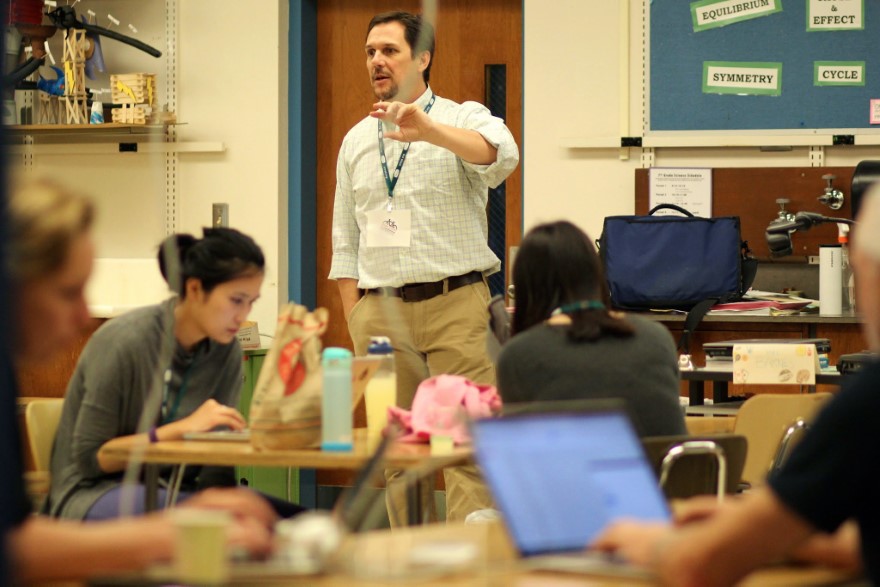 “The students there were failed by the system with efforts that largely supported traditional education for white students in our state,” Wolff explains. “There’s been a long-standing history of racism here—individual and systemic—that runs deep. The time had come to develop racial equity for all students to succeed.”

Also in the works are  mounted projectors, wireless video displays and—for students whose primary language isn’t English, or who may have hearing difficulties—voice amplification technologies. Some of those projects are contingent upon the pandemic and the school’s calendar. 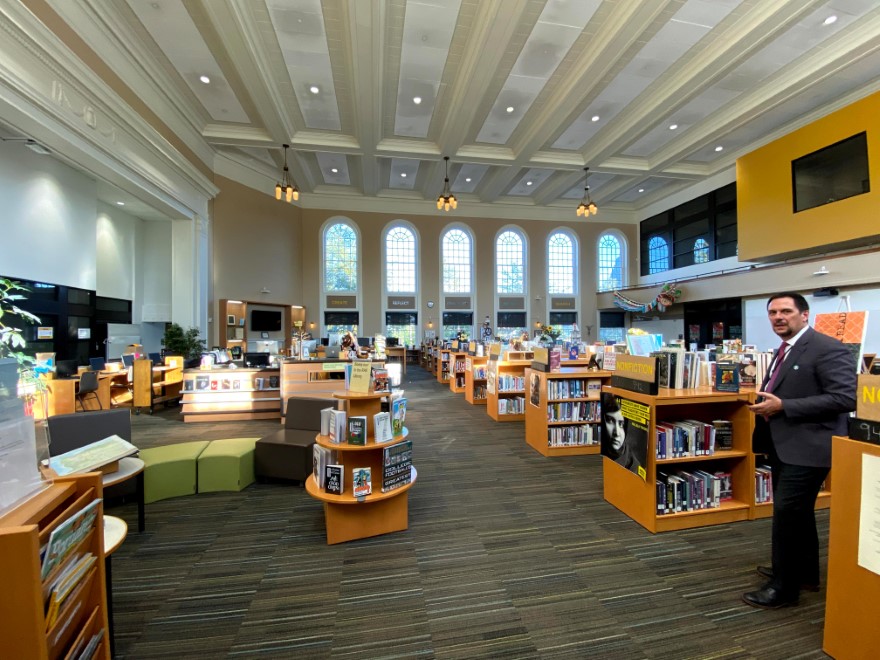 In addition to the many planned tech upgrades, the Center for Black Student Excellence may one day become the crown jewel in the city’s Albina District, Wolff notes.

Once home to 80 percent of Portland’s Black population, the district has undergone significant gentrification, with many minority residents squeezed out. As part of the 2020 bond, the decision was made to put the CBSE back into this historic district.

“Gentrification and inequity are phenomena that have played out around the country,” says Wolff. “With the support of the Albina Vision Trust, this enormous initiative is a significant investment and step forward in further developing and realizing the promise of Black children, youth and families thriving.”

According to Wolff, none of these plans would have come to pass were it not for two critical factors. First: the efforts of Chief Operating Officer Dan Jung and Deputy Superintendent of Business and Operations Claire Hertz, who found ways to create a bond schedule that didn’t raise taxes —introducing new bond requests while rolling other bond projects off the tax rolls to keep the fiscal landscape stable. 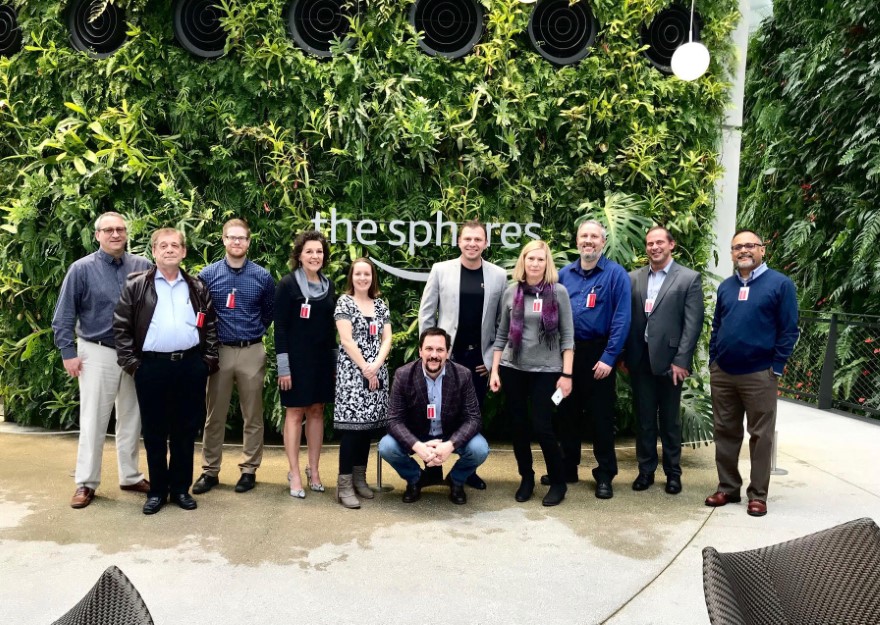 The second factor was the 2017 arrival of Superintendent Guadalupe Guerrero, who made it his mission to support racial equity and social justice for underserved student populations.

“He recognized something had to change, and brought people in to join him,” says Wolff. “That included me. As a white person growing up in Oregon, I had no real understanding of how a lack of technology was impacting people of color, but I was dedicated to becoming an ally to develop solutions and advocate change.”

Jumping into the fray

While serving as CIO in the nearby Hillsboro School District in late 2018, he got a call from a colleague (the aforementioned Hertz), who told him about an opportunity to join a game-changing initiative in Portland.

At first, Wolff was wary. Portland had earned a reputation over the years of being a challenging district—one that historically had experienced high leadership turnover, declining outcomes for students and more than a few controversies.

“Portland schools were the lightning rod of what could happen in a large district,” he says. 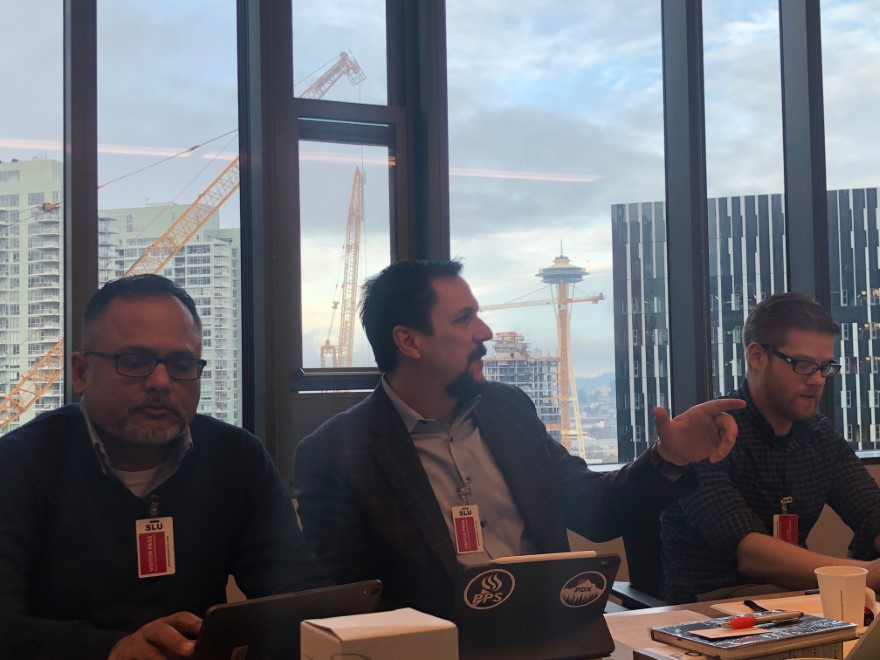 Arriving with a strong track record of success in urban districts (including San Francisco and Boston), Guerrero began shaking things up—building momentum and creating a new vision of what the district could be by pulling in top talent for the project from Los Angeles, San Francisco and Houston. He immediately built a senior leadership team, comprised of educators and administrators from throughout the country, and launched a series of initiatives—including the creation of a district vision.

With 28 years in education—along with degrees in elementary education and teaching from Southern Oregon University and a Master’s degree in educational technology from Pepperdine University—Wolff was ready for the challenge.

“It looked to be an opportunity to make a difference in partnership with the community, families and students,” says Wolff, who joined the district in February of 2019. 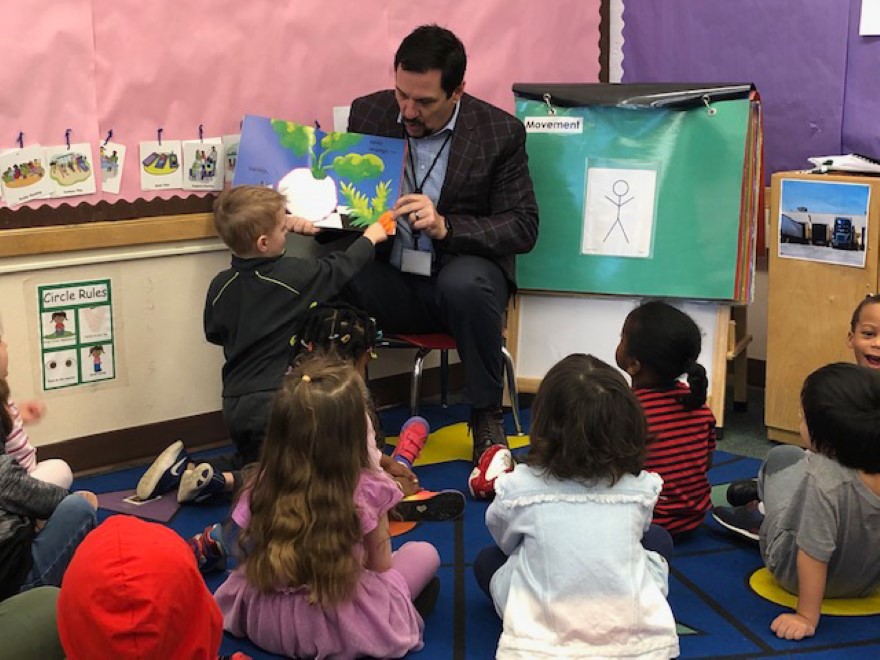 The leadership was empowering; the mission, strong and focused. A former classroom teacher, he believes that education is the cornerstone of a functional democracy—one where bold initiatives like those happening at PPS are the rule, rather than the exception.

“The only way we can develop understanding is with a well-educated population,” says Wolff. “If we’ve done our job right as educators, we should level the playing field and open up the world of possibilities.” 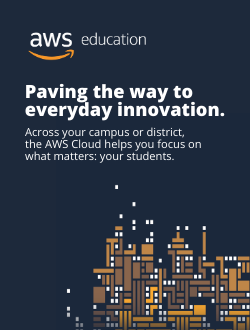 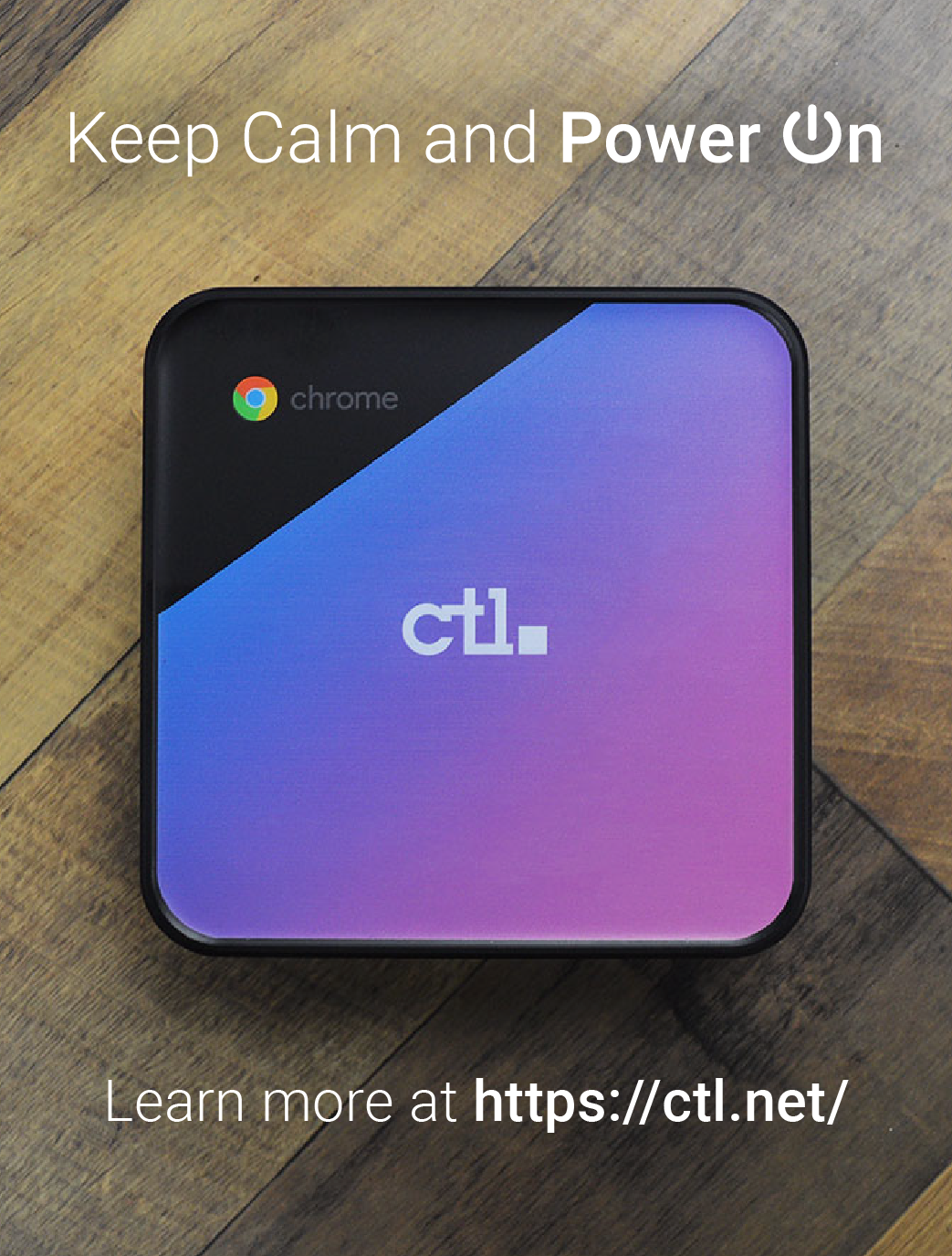