There was no need for Doug Duncan to be a disruptor when he stepped into the role of CIO at Columbia Insurance Group in August 2017. The midsized commercial property and casualty insurer in Columbia, Missouri, was already a stable operation bolstered by a capable info-tech department of nearly 50.

So the midcareer technologist’s responsibilities would be more about positioning the company for the future, inculcating his staff with new technologies and cutting-edge tools, and setting the stage for major system transformation, all while supporting business as usual. 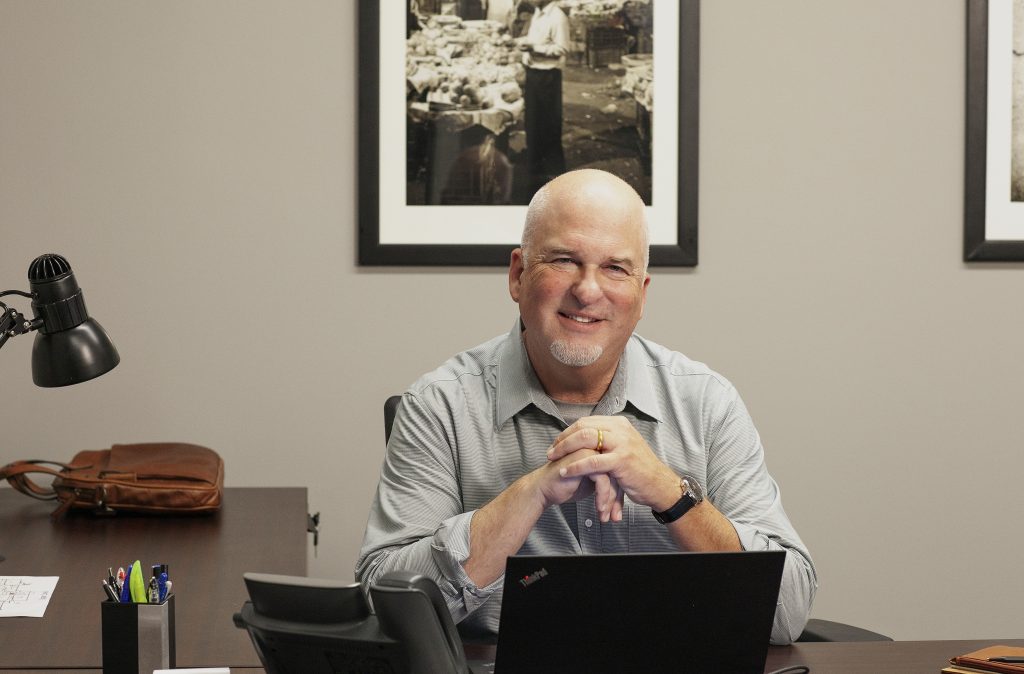 “I’m not fighting major uphill battles here, the team is open to change,” the soft-spoken 57-year-old Duncan tells Toggle about a year after he came aboard from 11-plus years in multiple roles with Swiss Re Corporate Solutions. “The biggest challenge has been figuring out the right place to start without causing massive disruption. I have to hold myself accountable and not initiate so many changes that they cause confusion. At the same time, we must move forward, and there is a lot of work to do.”

With the support of the farsighted Columbia brass, Duncan has overseen changes such as adopting Agile project methodology, moving new implementations to the cloud and laying the groundwork for DevOps. As he puts it, “The future of business IT are the three Ds: Detaching to the cloud, Designing for microservices, and Deploying via DevOps, all within an Agile framework.”

He has the support of his team, though being in Missouri, some still say “Show Me.” New IT can be a challenge for some folks to get comfortable with, but Duncan has a knack for telling the story of why it is important and how it can be done.

Salesforce is with them

To some it might seem a less exciting mission than some of Duncan’s previous responsibilities, one of which was designing, staffing and managing a service hub in Bangalore, India, for his previous employer. But Duncan is feeling quite fulfilled in the Heartland and quietly chalking up achievements for Columbia.

Late last year Duncan initiated a pilot program with Salesforce technology that went live this past spring, upgrading the company’s Customer Relationship Management capabilities with a system for tracking customer needs and expectations in a way easily shared across the organization. 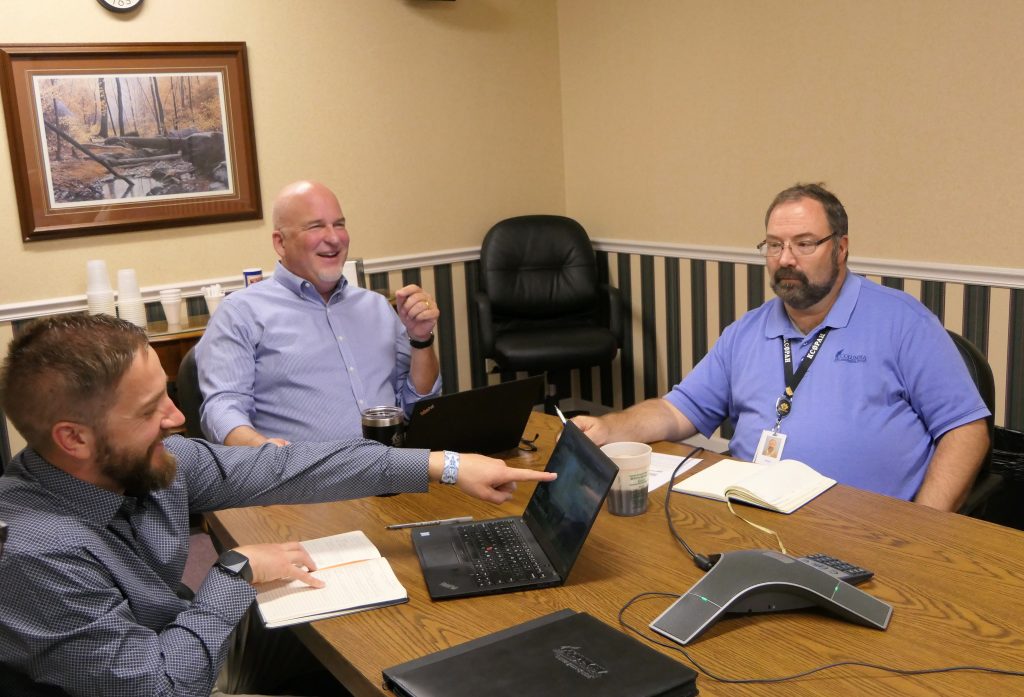 A portal enables users—in this case, territory managers and underwriters—to track information about their Independent Agency customers. As Duncan describes, it’s a “toe in the water” for the implementation of cloud software that’s on his to-do list.

“Interactive tools like this give us more visibility,” he explains. “In the past, we’d track with Word documents and it wasn’t easy to share. This is more systematic and cloud-based; it allows you to log into it from anywhere on most any device.”

Salesforce fits with the subsequent implementation of TouchPoint, the technology that makes online quoting easy for the agents. At Columbia, agents now have a better means of generating quotes for some key lines of business. The system was also rolled out with the company’s new Safeguard product, which further simplifies the process for smaller firms to get quotes.

Next on Duncan’s agenda is the autumn rollout of a new product for TouchPoint and laying the groundwork for his internal initiatives to make the IT organization more effective. Expanding the use of Agile, upgrading his user interface tech stack, adopting DevOps best practices and creating a Digital Services team are high on his priority list going into 2019. Duncan puts a lot of effort into explaining the changes to his team and stakeholders at Columbia, leveraging interpersonal skills that dovetail so well with his IT savvy.

“We are doing a lot more joint team activities,” Duncan says. “Instead of having the traditional IT stovepipe, we’re breaking down all walls.”

Could be one of Duncan’s attributes is the understanding that technology can’t be separate from the human element. He himself isn’t an IT lifer, having graduated from the University of Kansas with a geography degree and spending part of his early career working retail, selling life insurance, and being a Special Agent of the U.S. Department of Transportation, which steered him into technology. 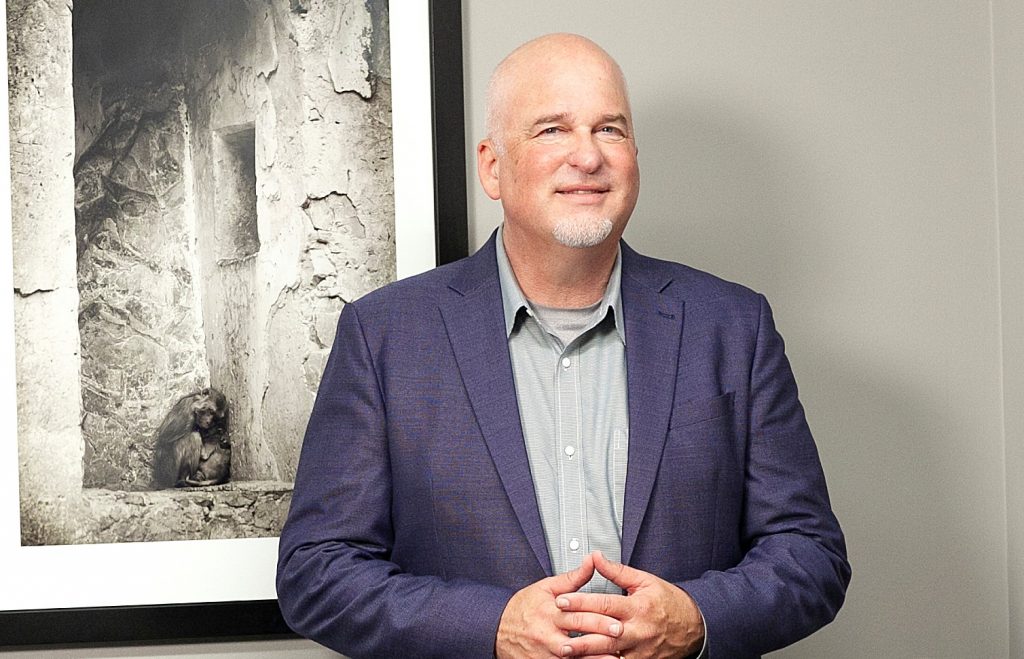 “Whatever job I was in, Omaha Steaks for example, I always seemed to be the guy who wound up doing the tech-related stuff,” he says. “I taught myself Lotus 1-2-3 macros and spreadsheets, and then more complex coding, and became the ‘computer guy.’”

While with the U.S. Department of Transportation, his duties included writing up trucking violations using a tedious process in WordPerfect. Convinced there was a more efficient method, he dabbled with Delphi software, finding a way to condense what had been a two-week process into four hours. His method became the DOT standard, with Duncan going on to train the other agents in his new software.

Now certain that IT would be his profession, in 2000 Duncan offered his services as a consultant to GE Insurance Solutions in Overland Park, Kansas, even though he lacked professional certification at the time. The dot-com bubble had burst, and with jobs drying up, Duncan wondered if he had made the right move.

But GE granted him full-time status and Duncan’s been an IT man ever since, enhancing his creds with an MBA from the Colorado State University in 2005 and garnering the professional designations of Six Sigma Black Belt and PMI Project Management Professional.

Duncan left GE Insurance in 2006 for Swiss Reinsurance, beginning as IT director and being promoted in 2011 to head of global workflow and document management, the role that later sent him to India for six months. He wore multiple hats back then, which was good training for his current role as Columbia’s CIO, where he is accountable for everything IT.

And at 57, he’s very aware of how a younger work force needs to take the reins. Perhaps especially so in the insurance business, where Duncan notes “sort of a right-loaded age distribution.” Columbia gets this and shares his concern by providing a workplace culture that’s changing with the times and welcoming to the younger demographic.

“If you want to attract the best talent, then you need to recognize that you might have to operate a little bit differently in the future than you did in the past,” Duncan reminds. “One thing that I was so impressed about when I joined Columbia was how focused the company is on their employees. We do really live our values here.” 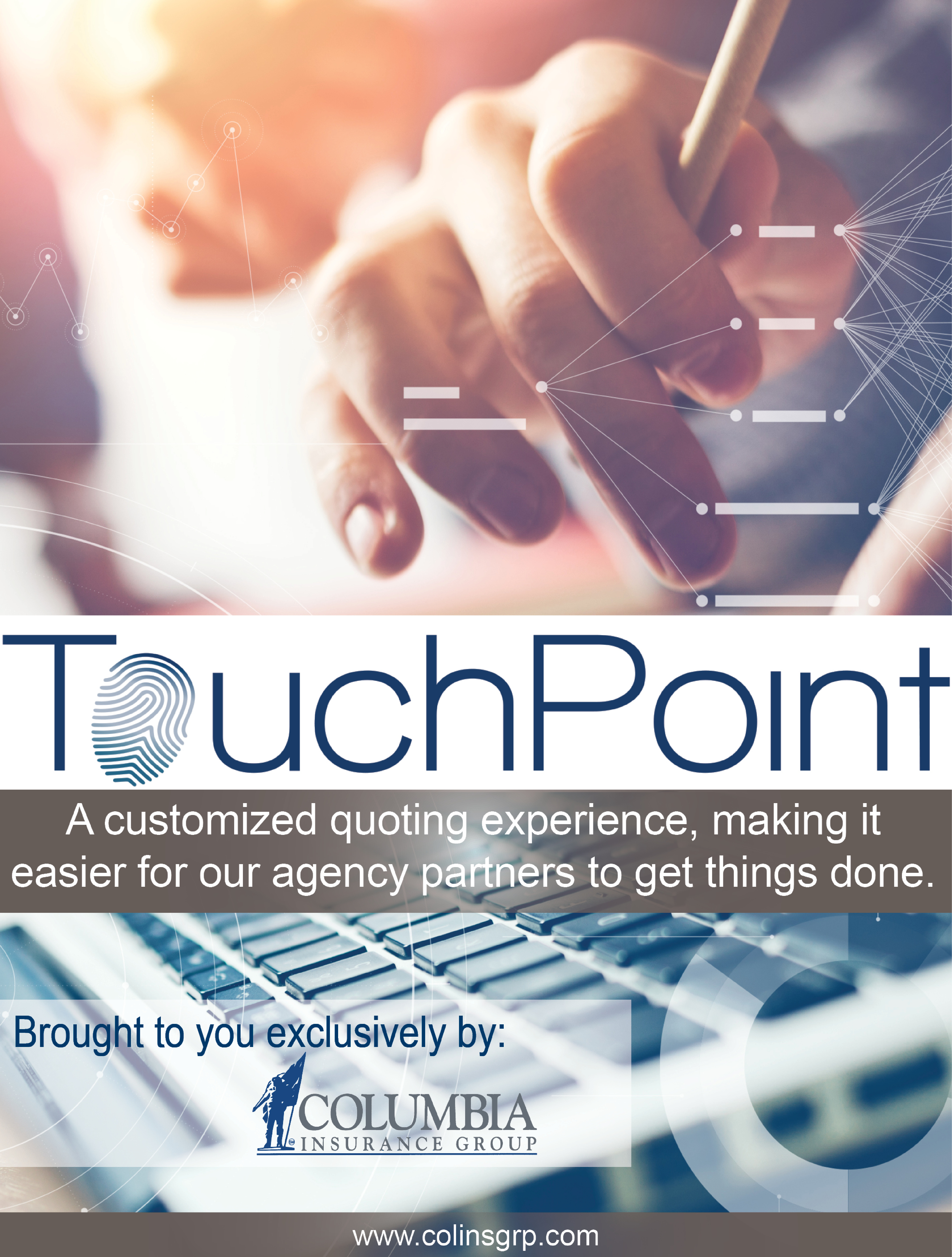