Energy IT configured with passion, expertise

Configuration over customization. Done with the right people, it’s a game plan for efficiency. So says Doug Liddell, who’s done much of it since being hired in late 2018 to build IT infrastructure at a new Western Canadian midstream energy company.

NorthRiver Midstream Inc., based in Calgary, is the result of Toronto-based Brookfield Asset Management having acquired the assets of a pipeline operator in Alberta and British Columbia. But while the transaction bequeathed NorthRiver with massive infrastructure for processing and moving natural gas in two resource-rich provinces, sophisticated IT was not included in the acquisition.

“It was up to us to build systems that you take for granted,” says Liddell, who was promoted to IT director in March 2020 to oversee a team of 28. He’s proceeded with projects that have included migrating more than 43 communication towers and 34 facilities onto NorthRiver’s networks. The last of the work was completed in October.

Then came a massive upgrade of SCADA—the supervisory control and data acquisition control system, networked data communications, and graphical user interfaces for high-level process supervisory management. Not only was the original SCADA a legacy system that came with the acquisition, Liddell says it was seven revisions behind. In just three months, however, his staff updated it anmigrated it to the cloud, enabling operators to have disaster recovery anywhere there is internet.

All that restructuring allows better access to valves, plants and pressure monitoring, Liddell explains while lauding his team for doing in 12 weeks what it might have taken other companies eight or nine months to accomplish.

“Finding the right team members will pay for itself 10-fold, and giving them ownership and accountability also gives them some purpose rather than just punching a clock,” he tells Toggle in May.

Moving forward, Liddell says they’ll continue configuring rather than customizing as NorthRiver expands its cloud presence. In his mind, customization is just too intricate and precarious.

“If we align what’s out of the box to the platform, there’s a better chance of success,” he says, citing the implementation of a cloud hosted SAP solution as a prime example. “We don’t want to build an environment where square pegs must go into round holes.”

The pandemic has also hastened a new normal for the workplace, he goes on to say. Most of the IT now off premises, staffers have acquitted themselves with laptops. While he values face-to-face interaction, he says the Microsoft M365 platform has brought further efficiencies and data security. 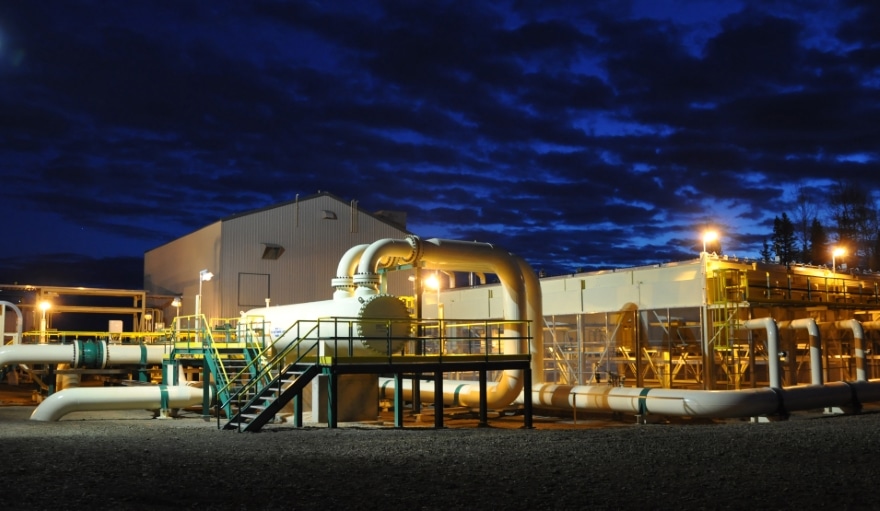 Liddell, like everyone else in the energy IT profession, took strong notice this past May when the Colonial Pipeline, which moves nearly half of the fuel for the U.S. East Coast from Gulf Coast refineries, was shut down by hackers who demanded—and received—over $4 million in ransom. NorthRiver supplying energy markets in Western Canada, the U.S. Pacific Northwest and U.S. Midwest, he needs no reminding that the company’s cybersecurity defense never rests.

“Those events bring to the forefront just how susceptible our industry is,” Liddell makes clear. “Generally, field-based operations may be legacied but a lot of attention is being brought to this area which will only create a more secure and reliable operations.”

While the recent upgrades he’s overseen do much to safeguard NorthRiver’s systems, he ensures further protection by following guidelines set by the National Institute of Cybersecurity (NIST) and what’s known as Interconnection Security Agreements (ISA) —the latter being pacts between organizations connected by IT.

Such precautions notwithstanding, Liddell still emphasizes the need to educate employees and vendors, particularly with so many working remotely. “We haven’t overlooked regular audits and testing,” he adds. “Cybercriminals shift and change and get smarter.”

Now there’s enough resiliency and security so Liddell doesn’t have to babysit the systems. But IT being so dynamic, there’ll always be a rising curve.

“How do I keep pace? By watching the news, finding new reads and meeting with industry peers and vendors to gain exposure to emerging technologies,” he says. “But in my past life I was a mechanic, and I’ve always loved troubleshooting.” 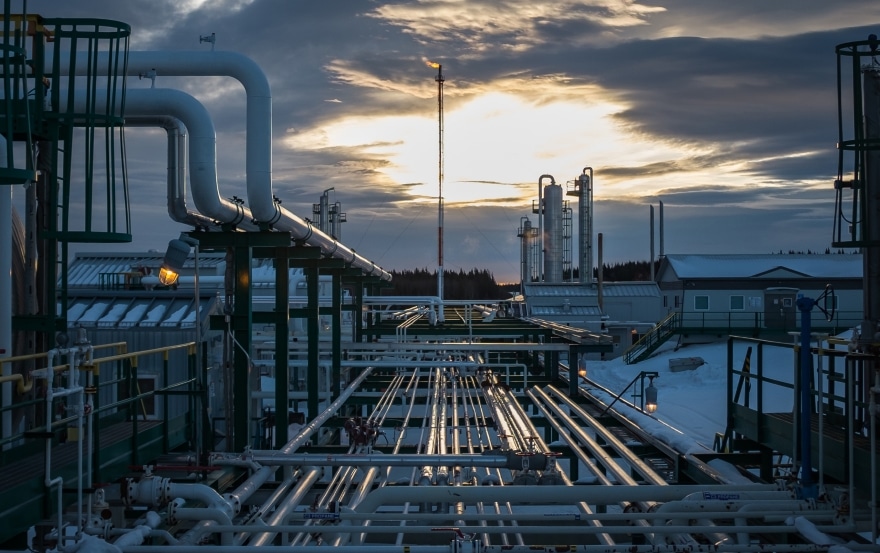 His mechanical interests evolving into technology, Liddell earned a degree in network and internet support in 2001 which prepped him for a career in the wired world. He plied his tech expertise with various companies, his longest tenure being over a decade with ARC Resources Ltd., another Calgary energy operation that’s one of Canada’s largest dividend-payers.

He followed that with a couple of years each at Parkland Fuel Corp. and Synergi-FX, both also in the Calgary area. Then NorthRiver came calling with its opportunity to build IT from scratch—and fast.

The Calgary lifestyle also appeals to Liddell and his two children, all taking advantage of Central Alberta’s means for outdoor recreation. Biking, water and snow skiing, and trips to the Rockies make for a fulfilling life.

As does the job itself, with the 46-year-old welcoming the challenges of each new day.

“Maintaining status quo is equivalent to moving backward,” Liddell says. “The future is way more exciting than what happened yesterday.” 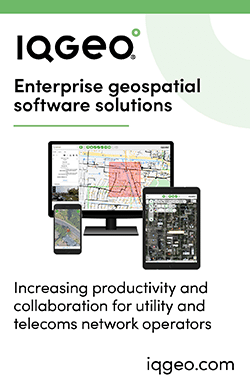 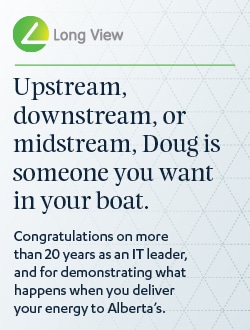