Doug Rutledge didn’t have to undertake much digital transformation when he started as CIO for EyeCare Partners in April 2018 at its headquarters in the St. Louis suburb of Ballwin, Missouri.

For it was a farsighted company long before he came aboard, and needed to be, its business model being rapidly expanding while partnering with successful independent medically focused primary eye- care practices. 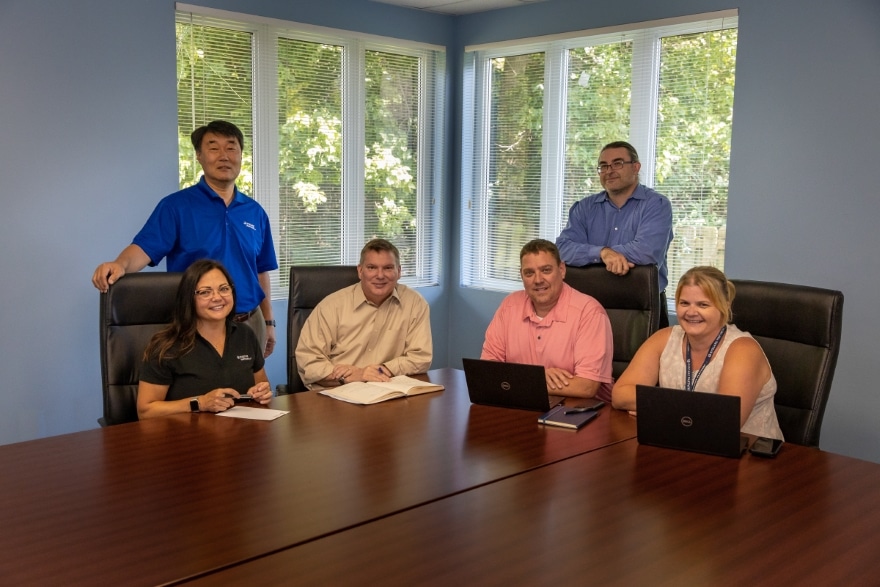 EyeCare Partners had even developed its own management software program during the early 2000s, still a few years before infotech became the business necessity it’s since been for practically everybody. The firm hired its own application development leaders who came up with what’s called Eyecare360, which is HIPAA compliant, scalable and capable of being customized to the advantage of newly acquired clinics.

When the Obama administration created federal incentives for healthcare administrators to go paperless, EyeCare Partners developed its own system for electronic records management that stands the test of time.

But there will always be the need for a high-tech upgrade, particularly for a company as aggressive on the expansion front as EyeCare Partners. Hence Rutledge saying that even after a year and some months on the job, it still can feel like a rollercoaster. But with his calm demeanor and good humor, he’s able to smooth out the ups and downs.

“When I came aboard, Eyecare360 was quite advanced, but in other areas of program and project management, we were less advanced as a team,” the veteran tech boss tells Toggle this past spring. “But we’re maturing, with innovations in the last year in infrastructure and data security as teammates old and new have jelled.”

With EyeCare under pressure to stay ahead of the tech curve, in March the company expanded its physical presence into an 11th state, Michigan, by partnering with Ann Arbor-based Bennett Optometry. That came on the heels of EyeCare acquiring three optometry practices in Alabama and Georgia in January. 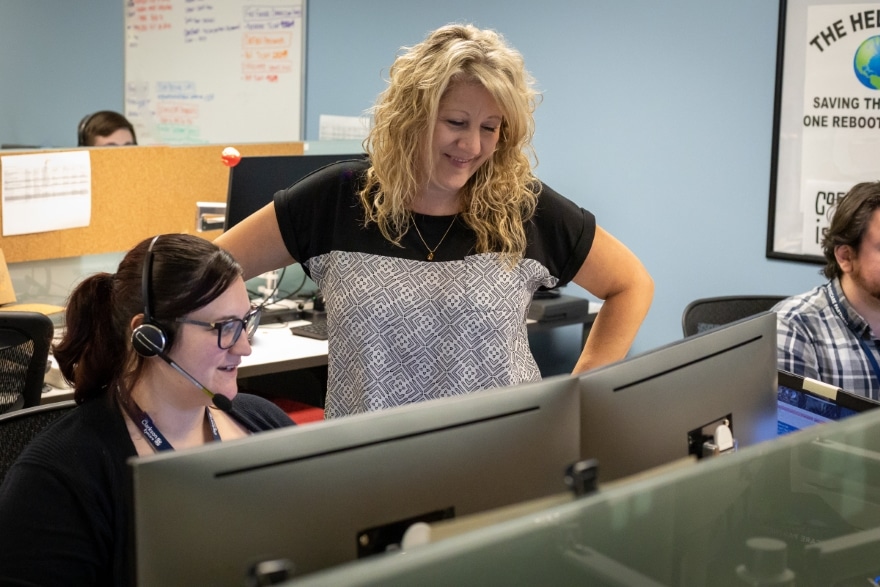 While it’s always looking for others to partner with, it still may be hard to top last year’s productivity when no fewer than 15 optical care providers were welcomed into the fold.

“What’s so interesting about EyeCare Partners is it’s built this acquisition-driven growth vehicle around optical care,” Rutledge explains. “We’re constantly partnering with and integrating new practices, and for the IT team that means having to think creatively and proactively with our IT partners about how we accommodate this growth.”

Optometry and ophthalmology being EyeCare Partners’ major business lines, Rutledge has organized his 40-member IT department into separate teams. IT is a team sport, he likes to say, adding that it starts with building trust at the basic level and giving the team flexibility as long as they’re aligned with the mission of serving EyeCare Partners’ patients and fellow teammates at the more than 300 sites in which it provides care.

Going with the Workflow

With a workflow engine now enhancing Eyecare360, offices benefit with billings done on a patient’s behalf and physicians being notified electronically if they’ve neglected a devil-ridden detail on some document. Prior to then, Rutledge says, the message came via phone call or fax.

“The team has done an outstanding job of partnering with our business colleagues” he says. “We want our IT teammates, as well as our IT partners to think of it as ‘our’ business – not ‘the’ business.  It’s a subtle systemic shift which goes a long way toward building empathy and a shared sense of focus on patients.”

Ophthalmology being an especially intensive practice, the company has worked with Keystone Technologies, an AWS partner, to develop an innovative data layer which provides the central billing and financial teams the information they need while allowing doctors to continue using their own software to serve the patient.

“We design and architect our software to incorporate the importance and uniqueness of the physician-patient relationship,” Rutledge says.

And, like all of EyeCare Partners’ technology, the apps are most user-friendly. The doctors much appreciate the convenience, Rutledge goes onto say, as they’re free to focus on patient care instead of having to learn new software.

For the patients, two-way text communication provides reminders of appointments, the flexibility to reschedule, and notification when their glasses or contact lenses arrive.

As far as data privacy is concerned, there’s an annual Health Insurance Portability and Accountability Act risk analysis, with the latest measures for encryption so personal information can remain off limits to hackers.

A Michigan-born son of a doctor, Rutledge briefly mulled a career in medicine, but opted to study management information systems and personnel management as a Central Michigan University undergrad.

“I was more interested in applying technology for business use rather than creating it,” says the father of three young adults. “Though I didn’t think I’d have the career I’ve had—the CIO title didn’t even exist back then.” 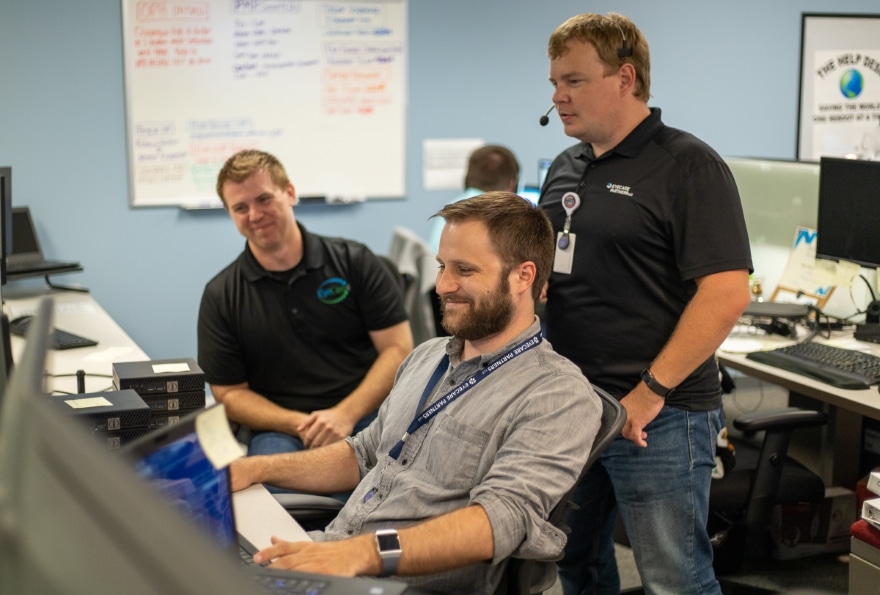 But the high-tech world has always been turning fast, and Rutledge would earn an MBA from the University of Chicago Booth School of Business and begin what’s been a fulfilling career that still has years to go.

He’d spend over 12 years in various capacities—including CIO—with the hypermarket retail chain Tesco, being stationed in Bangkok, Los Angeles and London. He’d return to Los Angeles to be executive vice president and CIO at Apria Healthcare from 2010 to 2014, and then take a similar position at DaVita Rx in the Dallas-Fort Worth area for the three years preceding EyeCare Partners.

Having merged his high-tech and business interests with healthcare for the past decade can make Rutledge feel a bit wistful. He remembers his late father, like so many doctors of that era, keeping records on notecards. How much easier it would have been for Dr. Rutledge had the world gone digital a couple decades earlier.

While there’s no going back, the younger Rutledge and his IT team can take pride in making life easier for today’s optometrists and ophthalmologists, as well as for the patients.

“What’s so great about EyeCare Partners’ story is the tremendous opportunity it creates for its teammates,” Rutledge says. “So much of what IT traditionally focuses on is cost and process optimization. But with EyeCare Partners’ strategy, the IT team has a clear line of sight to how it’s efforts are helping to create a great business.  It’s exciting and scary—what we’re doing now for 200 or so offices I might soon be doing for 500. The volume of growth has been that intense.”