While many people working in healthcare have proven resilient, especially since the start of COVID-19, Douglas Moore wants to ensure healthcare structures are equally strong.

At Temple University Health System Inc., where he’s the chief technology officer, Moore is making the IT foundation more stable, so it can support the organization’s growth. This effort, which he says has had great success so far, comes from “being in a period of catch up” due to a lack of funding in IT. Based in Philadelphia, TUHS is comprised of five hospitals and dozens of clinical support offices.

“Aligning ourselves to an architectural  structure that can perform consistently well in a growing market will be critical,” Moore says. “Maturing the ways in which we do business and increasing the maturity of our capabilities will only enable Temple Health to grow.” 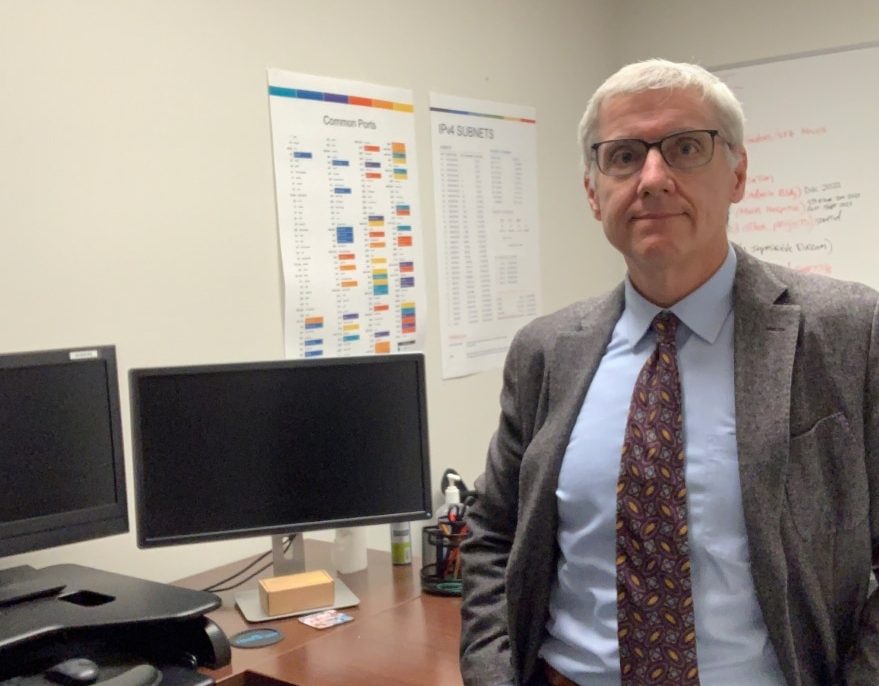 He says the technology teams within his department have been taking on work that’s “more than the sum of its parts” and that by strengthening collaboration between the teams, projects have been completed more efficiently. Since joining TUHS in December 2021, and being promoted to his current role in March, Moore has developed four focus areas with his team.

The first focus area is operational maintenance, which entails keeping all systems working as they should. The second is sustainability, which comes from the team’s focus on being held accountable for using IT investments to make platforms, systems and processes built to last.

The third focus is creating more independence between the systems used by TUHS and Temple University. The organizations, while related, operate separately and have different needs, so using the same systems for both is hindering growth, Moore says. With growth—both virtually and in terms of brick-and-mortar locations—being the fourth focus area, Moore and his team are working on expanding capabilities for TUHS.

“We’re currently working on the building blocks of a mature model,” he says. “We need to build a strong IT environment with a manageable life cycle and hire innovative people to support and grow it.”

According to Moore, the driver behind TUHS’s growth goals is the desire to become more people-focused and create a better experience for patients and staff.

He says that historically, hospitals have struggled to keep up with regular system updates. So, to keep TUHS from falling behind, his teams have implemented regular patch updates. For example, the new process will automatically deploy Windows updates for medical support systems so there are no interruptions and staff can use the most up-to-date versions.

“It’s not that the updates were being ignored, but it’s that there wasn’t a patch management or lifecycle management system in place,” Moore says.

Patch management is now in place for TUHS’s servers and Moore and his team are now working on the organization’s workstations. They’ll then work on medical internet of things devices, which CyberMDX enhances visibility of. CyberMDX is a cybersecurity company that specializes in protecting medical devices connected to healthcare networks.

Moore says the company gives TUHS a view of all connected devices in its network, ranging from hospital equipment to patient interfacing monitors, and ensures that they’re secure. Using CyberMDX to observe the devices allows Moore and his team to identify vulnerabilities and operational issues that could give hackers access to those systems.

In general, Moore and his team are working on improving the organization’s security. He’s been working with Rubrik, a company that provides zero trust data security and backup. The company provides tools such as immutable backups and a logical air gap restricting access from the network, which Moore expects to have in place this fall.

“There are many vendors that offer backup solutions, but Rubrik focuses on security breaches, not just disaster recovery,” he says. “They don’t just store our data—they keep it secured and controlled.”

This level of security is becoming increasingly important, Moore says, especially as he moves TUHS to the cloud. The organization is partially on the cloud already, but moving all systems and networks there will allow TUHS to expand further and be more flexible, he adds. It will also enable the autonomy he’s hoping to achieve from Temple University.

“This creates clearer lines within our business and increases our virtualization, but we’re doing so in a way that isn’t putting all our eggs in one basket,” Moore says. “We’re taking a look at our virtual environment, improving it and breaking it into manageable sections of what is most critical.”

This approach is necessary, he says, given the size of the organization and the impact change will have on patients and staff. It’s also why he’s implementing a change management database, which, in addition to improving security, will provide more stability to the organization as it adds new systems and processes.

With all the change taking place, Moore says he needs to hire more members for his team, including network and security architects. He says these roles are usually siloed, so he’s hoping to build a more connected and collaborative department.

“This will allow us to look at issues with more perspectives and have more constructive conversations and solutions,” he says.

Having worked in IT for 25 years, Moore is excited to share his approach with younger people in the industry—and to learn from them, too.

“One thing to remember when working in IT is that nobody’s perfect,” he says. “We need to learn from our mistakes and use them to grow and become better. I’m not aiming for perfection out the gate.”

The bulk of Moore’s career was spent in banking with almost 22 years at Wells Fargo. He started as a system analyst in 1999 and a few promotions later became technology manager. He left the company in 2021 when the COVID-19 pandemic made him rethink his career.

“I felt the desire to work in something more people-focused,” he says.

Moore took a role as the lead IT security analyst with the Delaware County government in Pennsylvania, through which he volunteered with the Medical Conservation Corps. Setting up vaccination stations made him realize he wanted to work more directly with the healthcare community.

He knew TUHS from growing up in the area and joined the organization as a security architect in a contract-to-hire role. He was promoted to CTO a few months later. While healthcare is quite different from banking, he says his corporate experience gave him the skills he’s now using to integrate a recent acquisition of TUHS’s. In August, the organization announced it was purchasing Chestnut Hill Hospital, also in Philadelphia.

“I really enjoy the fast-paced time we’re in,” Moore says. “Working here I get to impact people on both sides—the patients and clinicians on the medical facing side and the staff that work behind the scenes to operate the hospital.” 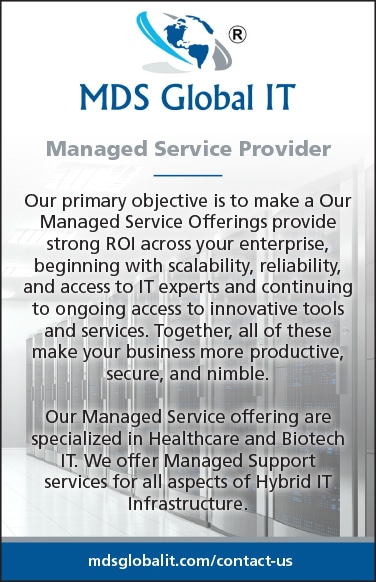 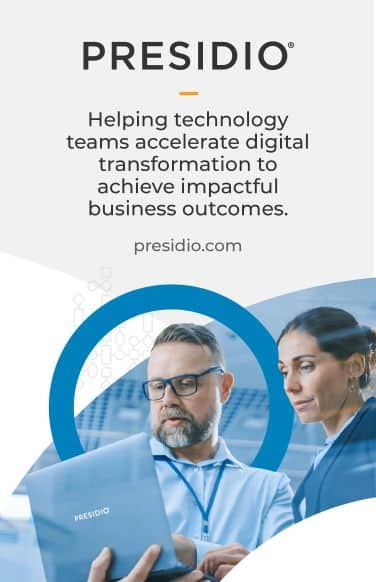 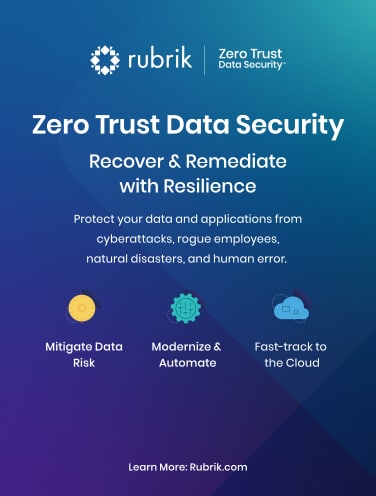 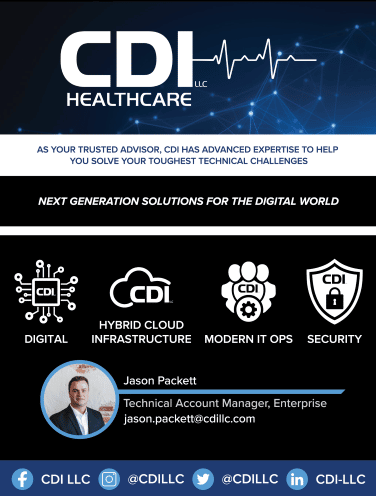 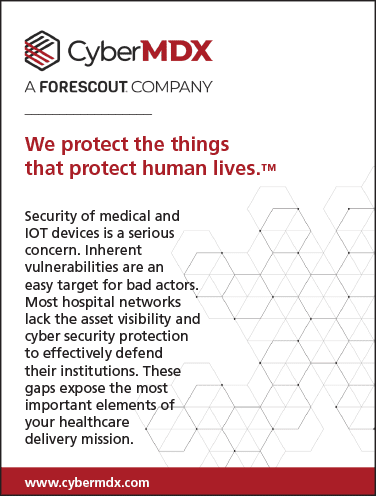