A two-fer for hospital efficiency

Newly hired in June 2017 as chief operating officer at Jackson Parish Hospital in Jonesboro, Louisiana, Dr. Jason A. Thomas gave the CEO a compelling reason to put him in charge of info-tech as well.

“I emphasized IT’s evolving role in health care and that it would be best for me to negotiate the contracts since no one could get around me to another C-level for contracting,” explains the 37-year-old Thomas, who had built up credentials in the two professions. “In the CIO role, you see where vendors can take advantage because they suspect the people in charge of hospital operations or finances aren’t very knowledgeable about technology. All too often, they’re right.” 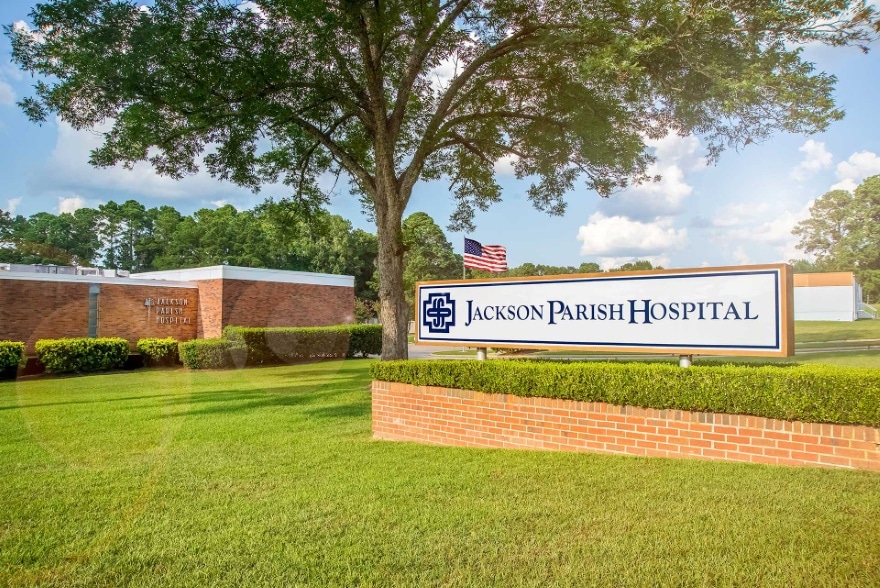 Any such vendors aren’t likely to attempt to put something over on Thomas. Word may already be out on those who have tried.

“I won’t use names, but there had been a lot of situations where vendors were gouging the hospital for excess money,” Thomas tells Toggle in September. “They’d do this in roundabout ways, and coming from a CIO background I was able to look at the contracts and see that they didn’t have our best interests in mind.”

One such company that had been entrusted to deliver phone lines was padding what should have been a routine project just so it could bill the hospital three times the work’s worth, Thomas says. Needless to say, that company won’t be scoring any more contracts and Thomas has begun shifting the business to others.

For reputable operators, however, there’s opportunity aplenty to join in advancing this hospital’s standing as the health care provider of choice in this northern Louisiana parish.

Thomas has engaged a number of vendors for projects, such as Allegiance LLC to assist with a complete datacenter move to free up the old space for clinical treatment, as well as a new phone system with greatly enhanced call reporting capabilities to support centralized scheduling and Voice over IP phones (VoIP).

This phone system installation has reaped added benefits already, including being able to help support a new remote telemedicine platform project being implemented with the local parish school district, with little more needed than additional phones.

The projects underway are more overhaul than incremental, he explains, as the work includes installation of an industry-leading Cerner EMR (Electronic Medical Record) platform across the enterprise to modernize patient care and integrate clinical systems that previously operated entirely independently and did not share data. A previous EMR system had been rushed into place in 2008, Thomas says, and has never lived up to expectations.

“That system built up a culture of hindrance and blame and the only way to break that mindset is to completely get rid of it so we can move forward,” he says. “What we’re doing now, with Cerner, is going to vastly improve the quality of care we can provide to the community we serve. One record across all points of care, with all of our clinical systems integrated into it.”

And having been built in the 1950s to supposedly withstand the atomic blast that seemingly weighed on everyone’s mind during the Cold War era, Jackson Parish Hospital hasn’t been known for energy efficiency. It will be, Thomas assures, adding that the single-pane windows from the original construction—“energy suckers”—are being replaced, which should lower heating and cooling costs exponentially. A new building heating and cooling platform along with motion-activated LED lights in hallways and patient rooms are also being installed.

“With the new fiscal year (Oct. 1), we’re a much different organization,” says Thomas, glad to juggle both the high- and low-tech responsibilities. “I come to work excited every day, because every day I can make a difference that benefits my facility, my staff and my community.”

Most encouraging for Thomas may be the way the hospital community has embraced the changes. That can’t always be taken for granted in health care, he notes with some irony, going on to say that while hospitals are expected to be progressive in the delivery of medical care, they tend to be behind the curve on IT.

Fax machines and outdated Windows software often are par for the course, with doctors and other providers continuing with the same paper communications that they’ve relied upon since medical school. To some extent, that’s understandable, he says, doctors often focusing their intellects on their specialties rather than the latest in IT.

But there’s no getting around the need for IT literacy in any line of work.

For though this is a small community hospital with just 25 beds and no surgical capacity, it’s the de facto general hospital and emergency department for Jackson Parish. It also has one of just a few 3D mammography systems in Louisiana. 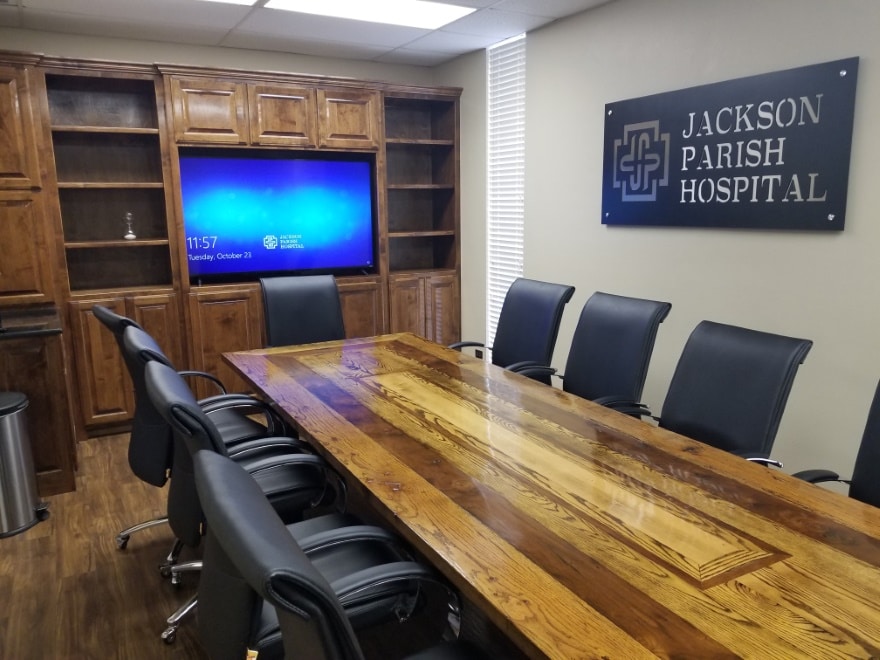 Thomas remembers how scores of community hospitals went under during the 1990s for lack of enough patients, and won’t let this facility suffer that fate. He’s also increasing its role in the community, having met over the summer with the parish board of education and commencing with a telemedicine program at five schools.

“This program, too, reflects the trust and faith that the community has placed in the hospital,” says Thomas, noting that the program has been embraced whole-heartedly by the school board and they are hiring more staff out of their budget to help ensure its success. “The schools are just the first step down this path … we’ve already been approached by other parish organizations to participate as well, and we haven’t even turned up the first site yet.”

Given the many economically challenged households in this rural parish, telemedicine’s role seems essential.

For Thomas, the past year and few months have solidified his family’s decision to remain in Louisiana, though they all agree how unforgiving the long, hot summers can be. It wasn’t that long ago when cool Colorado seemed the next destination for Thomas, his wife and children. But how rewarding the Jackson Parish Hospital experience has been.

“We’re in a good place here with employee buy-in and an amazing staff that don’t just care about the community, but are also a part of it,” he says. “The community outreach and efforts to improve the quality of care we offer has added to the positive effect. Almost every other week there is a front-page article in the paper about something positive the hospital is doing for Jackson Parish.”

Thomas also has no shortage of extracurricular activities, one being adjunct professor of the Department of Health Informatics and Information Management at Louisiana Tech University. “It really helps with recruiting quality employees when you get the opportunity to interview them over multiple semesters,” he notes.

Thomas always had a knack for IT, earning three degrees in engineering at Northwestern State University, then enhancing them with a Master’s in IT management from the Florida Institute of Technology, a doctorate in information assurance and security from Capella University, and now, nearing an MBA in health care administration and management from the University of Louisiana at Lafayette.

After a few early jobs in IT in the education sector, Thomas moved into health care as IT director and CIO at Green Clinic Health System in Ruston, Louisiana, from 2008 to 2017, further accumulating the skills now enabling him to wear two hats at Jackson Parish Hospital.

A rare two-fer in the health care industry, and a script for efficiency.