It was a hectic day at Mather Hospital in December when Toggle caught up with Dr. Joseph Ng, as he rushed in and out of the emergency room to address the post-Thanksgiving Day surge of COVID-19 patients.

As a critical care intensivist, NG cares for critically ill patients. His second duty is serving in the specialized role of chief medical information officer, a technological position. Both of his responsibilities are folded into his additional duties as the assistant vice president of medical affairs at the 248-bed teaching hospital. 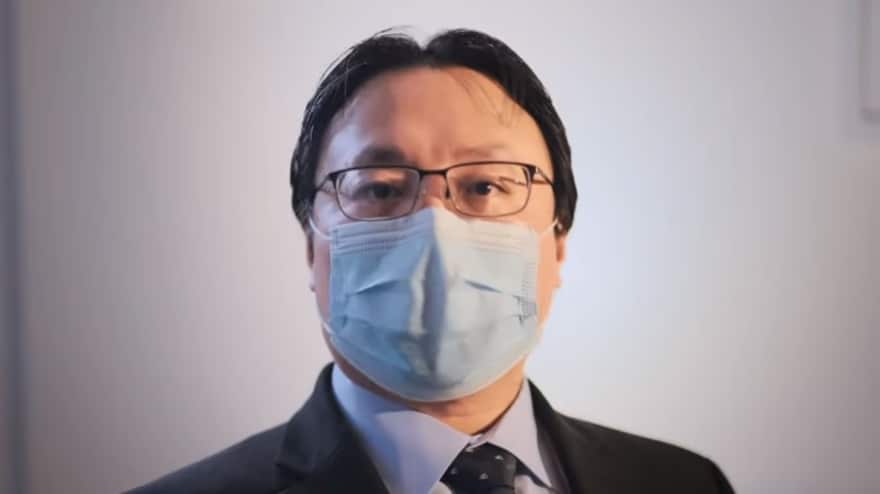 So, as was happening, the days can get hectic.

“Hospitals have historically been compartmentalized to the detriment of the patient,” Ng says. “Now by using systems to break down silos of information separating departments, we’re streamlining the process so everyone gets more reliable treatment.”

Releasing a torrent of technology

Mather Hospital has served patients in Port Jefferson, New York, since 1929. Becoming the CMIO in 2010, Ng’s been busy improving the management of health care records, integrating them with Northwell Health, a regional healthcare network the hospital joined in 2017.

In October 2010, Ng was part of a team that began implementing Allscripts EMR, a newly digitized and automated medical recoding system that ensures access to pertinent patient data and protocols. It also added M*Modal systems, a speech recognition software helping doctors accurately relay information into the system that may replace typed or written notes.

Cureatr, new prescription-tracking software compliant with the Health Insurance Portability and Accountability Act, was added in 2016 to improve the acquisition of home medications, preventing errors in administration.

Mather also integrated its outpatient wound treatment centers into its electronic medical records in January of 2019 and is working to do the same for its interventional radiology department using Allscripts Acute Care in 2021. 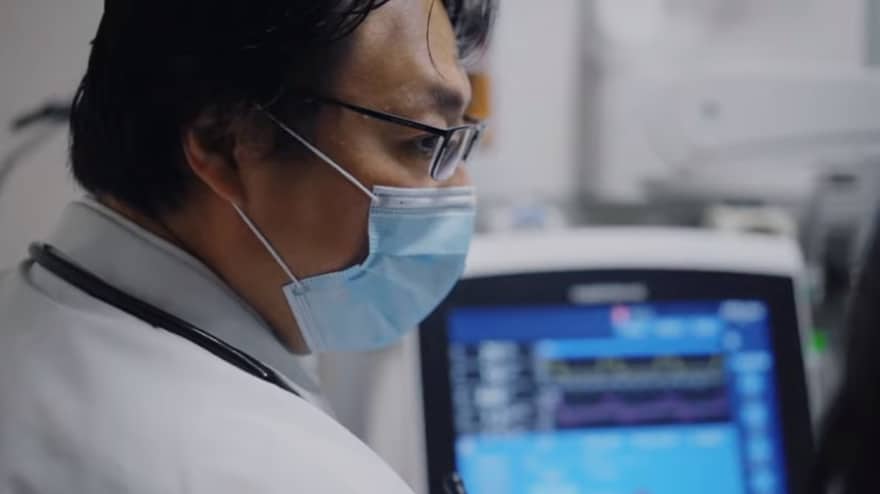 As it continues to integrate into the Northwell Health system, Mather’s using a system which not only shares data among Northwell hospitals and providers, but is linked into Healthix, New York’s Regional Health Information Organization to give providers access to clinical data to improve care. Looking ahead, in May 2021 its state-of-the-art cardiac catheterization lab will go live.

“A lack of communication is rarely talked about in medical circles, but looking at the data, the number of medical errors and deaths occurring in this country is the equivalent of a 747 crashing every day,” says Ng.

The arrival of COVID-19 in 2020 accelerated the need for good recordkeeping to provide better patient care. Ng says severely ill COVID-19 patients gasping for air are unable to provide staff with their medical histories and the medications they’re taking.

“If a patient can’t breathe, collecting their health history is impossible,” he says. “Bridging the technology gap allows us to overcome obstacles and reduce errors. It might even save a life.”

As Ng explains, technology silos are common in the corporate world. In hospitals however, things are different: the lab doesn’t have a personal conversation with the clinician; the nurse may not catch the physician at the bedside because there’s an emergency elsewhere at that same moment; and the pharmacy is usually at the other side of the building.

“Everyone’s priorities and job descriptions are different. What adds to the complexity are the thin profit margins in health care, as well as a shortage of physicians, nurses and staff in general,” says Ng. 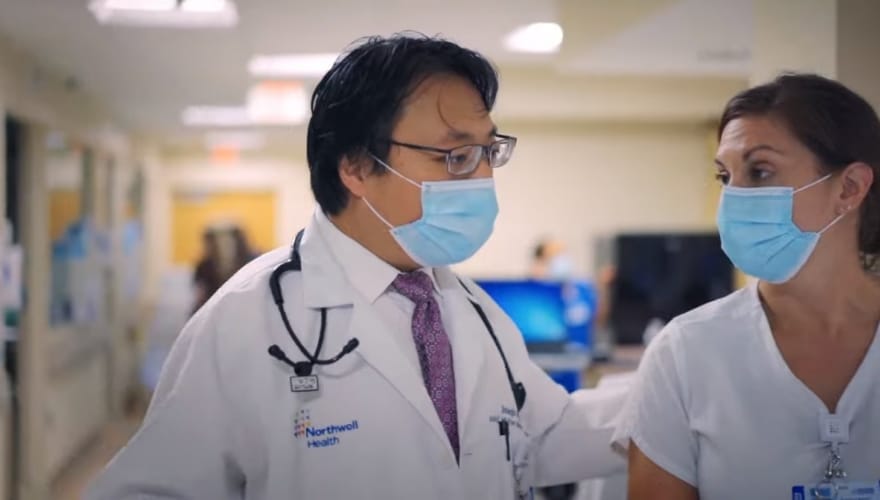 That stress applies to the technology choices as well. Every department wants the best-in-class program to get its job done, resulting in a patchwork of systems and software.

“The best EHR system may be great, but if it doesn’t work with the billing system, no one gets paid. And if the EHR is great for surgery cases, but not for inpatient care, the procedure could be a success, but the patient may never get to leave the hospital,” he says.

With the new technologies at Mather, the goal is consistent information from the emergency room to the operating suite.

Better serving patients is a theme of Ng’s journey, ultimately leading him to his current position.

Fascinated by both technology and medicine for years, Ng started his degrees in biology at the Universidad de Puerto Rico in 1993; another degree in biology and psychology at the Stony Brook University in 1998; and his M.D. in Medicine at Ponce School of Medicine in 2002.

Familiar with the Stony Brook area from his college days, he eagerly joined Mather Hospital as a critical care intensivist in July of 2009 after his fellowship at Mt. Sinai Medical Center. Part of his intrigue was its CMIO program that was less than a year old.

“It was clear to me that Mather had a vision to provide the best quality care,” says Ng.

The eventual transition to becoming the CMIO in 2010 was as much a surprise to him as it was to the administration. The need arose during the Centers for Medicare and Medicaid’s implementation of Meaningful Use, part of the HITECH Act which was then a part of the American Recovery and Reinvestment Act of 2009. 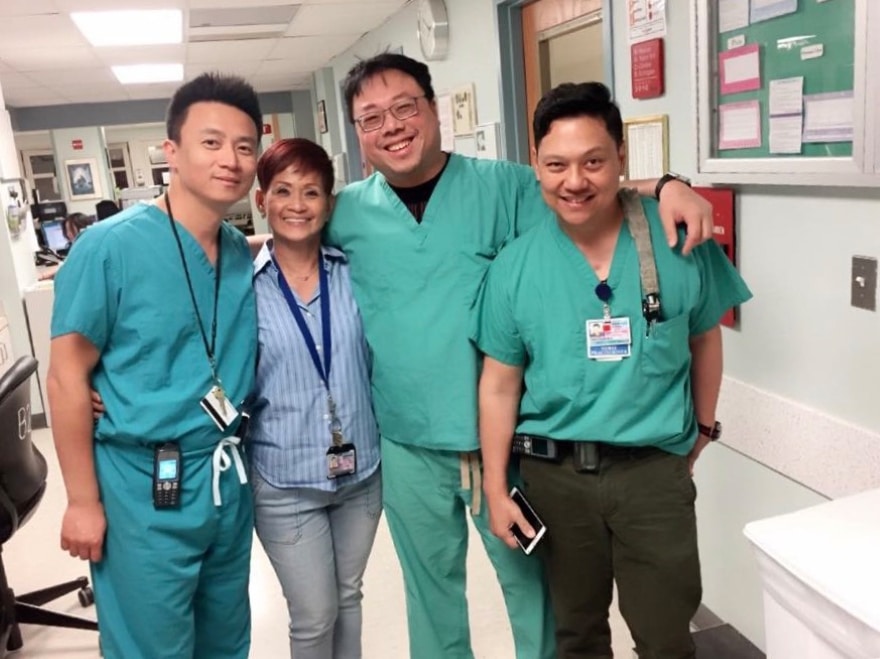 “Here I was given the opportunity to grow professionally,” he says. “My voice is heard and respected and the open-mindedness of the administration is resulting in safer patient care.”

Throughout it all, Ng was always tinkering with systems to track data in his clinical work. What he discovered was that the systems were only as good as the data physicians entered—which sometimes lacked detail and accuracy.

“It’s not standardized. I just happen to be both doctor and CMIO,” says Ng. “It was a bit of a juggle having two jobs in this developing field.”

Sometimes, when pressing physicians to take that extra time entering data, Ng saw pushback. But as a critical care internist, he wasn’t asking them to do anything he wouldn’t do himself. Board certified in Internal Medicine; Critical Care Medicine with a focus on surgical critical care; and recently board certified in Clinical Informatics (which has now become a medical specialty requiring a two-year fellowship after residency) he knew his trade well.

“If I’m telling 1,000 doctors to give better care by entering the correct information, I know what the job is like,” says Ng. “I’ve got the street cred. They know if I do it, they can do it, and it will save a life.”

That ideal is at the heart of his mission. Support from family guided him to continue to learn—even after he was already working at two hospitals to pay off student loans.

“My satisfaction comes from being able to diagnose a patient, make  them better, or take away pain and suffering,” says Ng. “As a CMIO, I have experienced firsthand I can prevent harm, guide clinician practice at a much larger scale and affect patient care in a way I couldn’t do as an individual physician. My favorite part is knowing I can make patient care better for all patients, not just my own … and I have the data to back that up.” 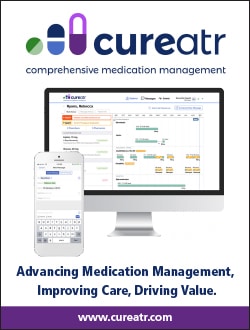 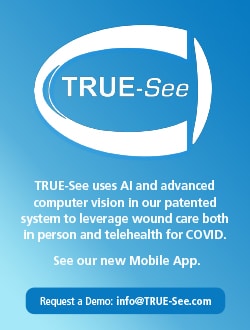