IT equity a must for University of Vermont CIO

When Franklin Delano Roosevelt was inaugurated as president in 1933, he moved a legislative agenda through Congress to fight the Great Depression. He was so successful that the first 100 days of any presidential term are now a measurement of success. 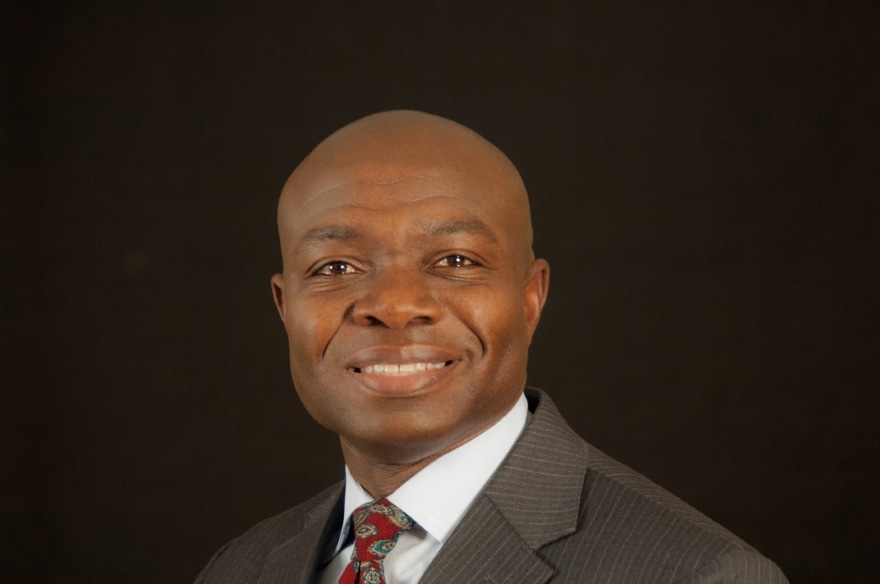 Dr. Simeon Ananou took FDR’s tack at the University of Vermont when he became CIO in 2018, by creating a plan to improve UVM’s overall IT operation and infrastructure in his first 100 days. The plan may not have restructured the U.S. government like FDR’s New Deal, but Ananou follows a similar theme as he ensures technology serves the campus and beyond.

“We’re a dedicated team and a service organization,” he says. “We strive to create a sense of digital equity on our campus, to allow all of the campus community equal access to technology, and to ensure our technology supports teaching, learning, research and administrative processes.”

The University of Vermont is as old as the state itself—both were established in 1791. Located in Burlington, UVM has about 12,500 students (10,500 undergraduate) and more than 100 bachelor’s degree programs, 61 master’s degree programs and 27 doctoral programs, as well as a medical school.

Ananou, who also holds a faculty appointment in UVM’s Department of Education, looked to enhance the university’s research role, as well as its online offerings, though he says he wanted to keep a balance between in-person and online interactions because of the university’s residential tradition. 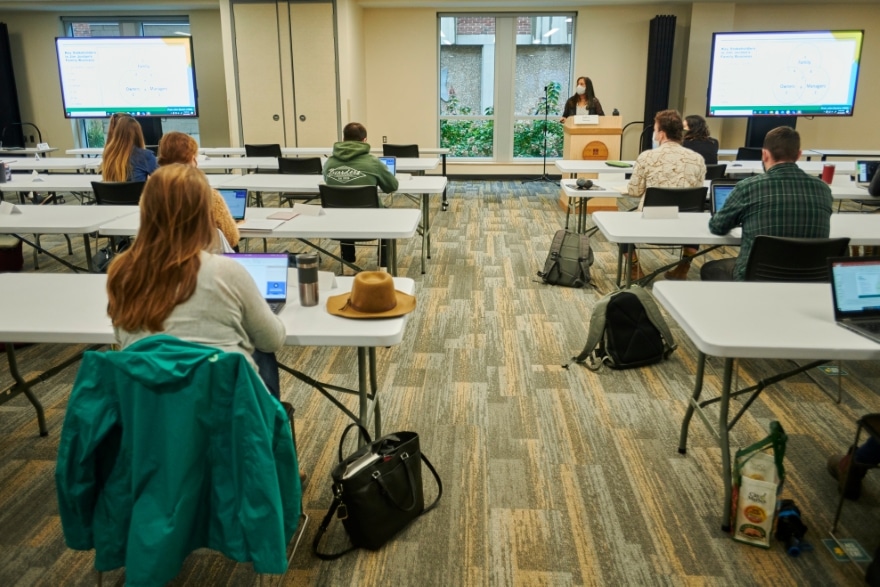 The residential and remote learning balance was altered by COVID-19, which led to full online instruction midway through the spring 2020 semester. Though most students (who are required to own a laptop) returned in person for the fall 2020 and spring 2021 semesters, Ananou says the pandemic hastened UVM’s tech transformation.

That’s involved equipping the university’s 250 classrooms with webcams, projection systems and computers used by professors for remote teaching. Those additions were part of Ananou’s plan, but only became a reality after remote instruction and telework became required, he says.

But installing hardware is only part of the process, he adds. Student “classroom producers,” Ananou says, are like undergraduate teaching assistants and provide in-class, real-time technology support for faculty. They also helped students with their studies by making sure questions in chat boxes are answered, Ananou says.

“We pivoted from in person to remote in days,” he adds. “I give a lot of credit to the IT leadership and professionals for their dedication, expertise and knowledge.”

Ananou and his staff also found the whiteboards used in class were hard to see on video, so instructors switched to tablets and document cameras. They also worked with UVM’s Student Accessibility Services to determine which pens worked best with document cameras, so all students could see the content and instructors’ notes.

Remote access to on-campus computer labs, containing learning software and materials students can’t get on their own, is crucial. AppsAnywhere, developed by Software2, was implemented as the portal from a student’s device to the university’s software library, Ananou says. 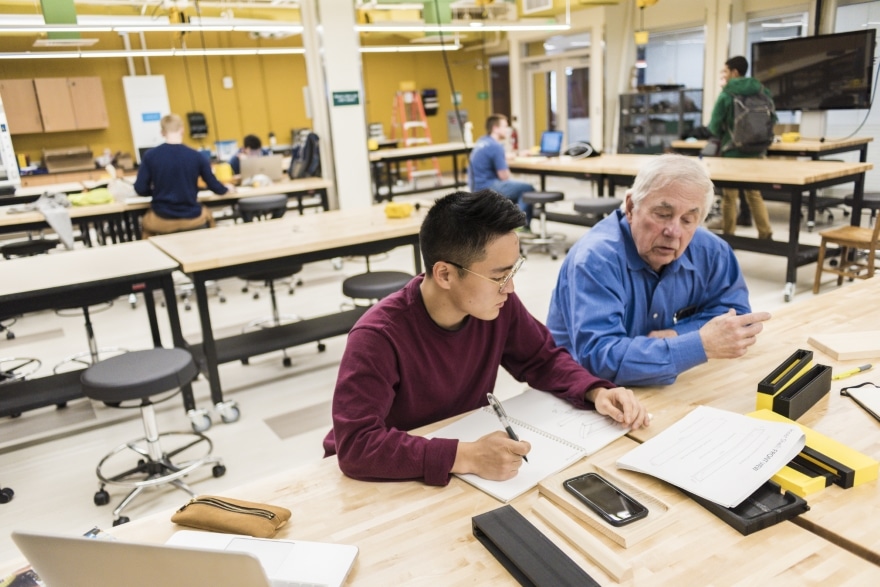 UVM already used Blackboard as its learning management system, and Ananou says it’s using a Salesforce customer relationship management platform to manage the volume of communications and inquiries at its COVID-19 center.

Ananou and his IT staff are looking beyond those links to a bigger one—allowing greater use of the UVM supercomputer that’s traditionally been the domain of graduate research.

With three high-performance computing clusters named BlackDiamond, Bluemoon and DeepGreen, the Vermont Advanced Computing Core is considered a multidisciplinary research facility. The DeepGreen cluster was added in 2019, with a $1 million grant from the National Science Foundation, and boosts the core’s artificial intelligence capabilities.

DeepGreen’s computing speed is the equivalent of 20,000 laptop computers working in tandem, according to a UVM press release, and Ananou wants to tap into it for undergraduate use in groups of 20 to 40 students, he says. It will take modifications to the curriculum and operations, but DeepGreen can provide career preparation in a variety of ways because of its speed and analytics, he says.

“I am an educator with a passion for technologies,” he adds. “Our students will be better served if they know how to gather and analyze data with the supercomputer.”

At home on campus

Applying technology to education and business is a passion for Ananou because it’s how he began his tech career while a student at Ohio State University. Born in the African country of Togo, where his father administered the U.S. Peace Corps program, he moved to the U.S. as a teenager with his family because of political unrest. 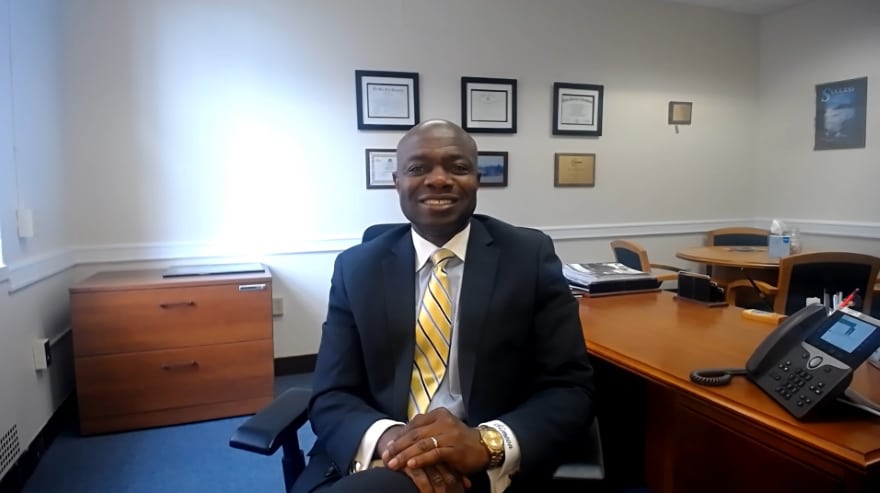 While studying electrical and computer engineering at OSU, Ananou also worked in its Office of Information Technology. He supported the university administration’s digital shift from legacy and paper-based operations, becoming a fulltime employee when he was a sophomore.

While he worked in administration, Ananou earned his bachelor’s in international relations with an emphasis on diplomacy, before adding an MBA in computer information systems from Baker College. He earned his doctorate in higher education administration and leadership studies from Indiana University of Pennsylvania and attended Harvard University’s Institute for Educational Management.

“I went to college and never left,” Ananou jokes. “My Ohio State experience exposed me to administrators, professors and researchers, and I knew I wanted to become a CIO at a major university to serve and create opportunities for others by embracing the power of education.” 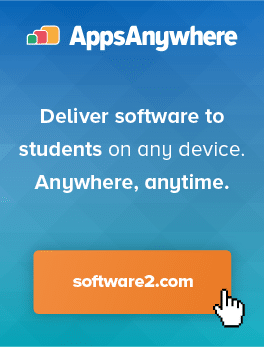