Often when school bus drivers communicate with each other, they speak in code in case their radio channels are intercepted.

Doing so helps protect information about students, such as their names and addresses, from being exploited by people who shouldn’t be listening in. Last year, Drew Taylor began exploring a more secure option.

After gathering input from drivers, mechanics and the leadership team at Hopkins County School District, he implemented a private, more secure radio system. 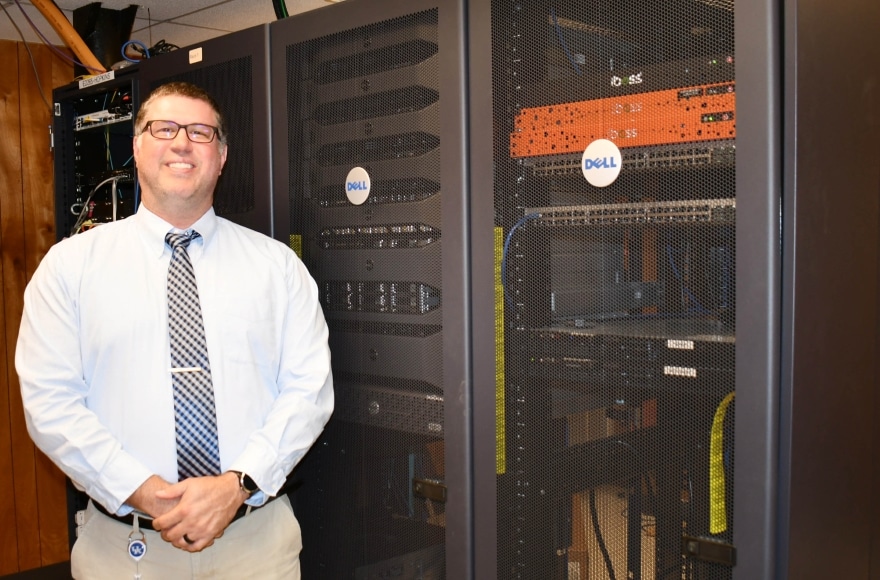 “It was a proactive approach to improve security and efficiency,” says Taylor, the chief information officer. “We’re always looking for ways to stay ahead of issues.”

This  approach is typical of what he and his team manage, with many digital efforts affecting students’ physical safety, he says. Like most districts throughout the country, Hopkins County is staying vigilant amidst the rise in school shootings and other security incidents.

“I want to provide the best for teachers and students, so they can focus on what they need to do, which is teach and learn,” Taylor says. “If I can help prevent a bad situation, that’s a win. I feel like I’m making a difference.”

Located in Madisonville, Kentucky, Hopkins County School District serves nearly 6,300 students in 15 schools. When the district decided it wanted to use a new bus radio system, it worked with AT&T and FirstNet to build a closed network using Samsung tablets and FirstNet radios.

According to Taylor, the district’s bus drivers previously used handheld radios, almost like walkie-talkies. The new system, which was installed over the summer, is encrypted and secure, so drivers can share their location and student information without speaking in code. 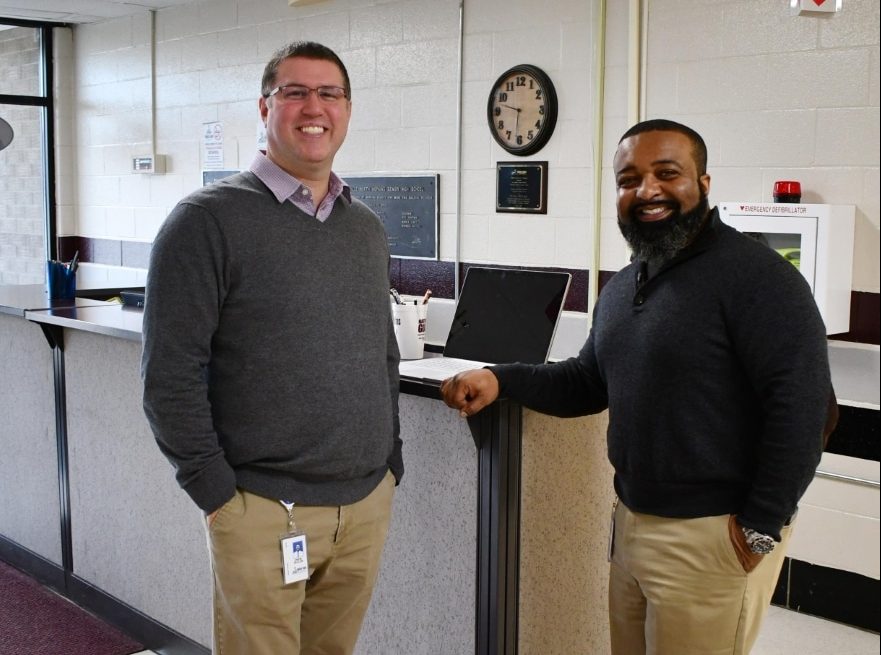 The radios also have a wider coverage area and a stronger connection, which makes them more reliable, Taylor says. And the tablets have GPS navigation, so drivers can see their routes and real time traffic information. This connects back to a portal that leaders in the transportation department can use to see where buses are. Drivers can also share their exact location with other drivers or the district if their bus breaks down and they need assistance.

Taylor says the tablets were also chosen for their large screen size. In addition to maps, the tablets show drivers the name and bus number of who they’re talking to.

“We don’t want drivers to worry about someone eavesdropping when they’re sharing information about themselves or students,” Taylor says. “The new system allows them to focus more on safely getting kids to and from school.”

Unfortunately, Taylor says, eavesdroppers aren’t the only threat to safety. A few years ago, he and his team implemented a new check in system to identify visitors and ensure they’re not dangerous.

The system, which is made by Raptor Technologies , requires visitors to scan the barcode on the back of their license before they can enter a school building. School employees at the front desk use this to verify that the ID matches the visitor. The system also alerts staff if the visitor is a registered sex offender.

If the person is a sex offender, but they’re also a parent with an appointment to meet with a teacher, a school employee must escort the visitor throughout the school. If the person is not there for a legitimate reason, they’re not let into the school. 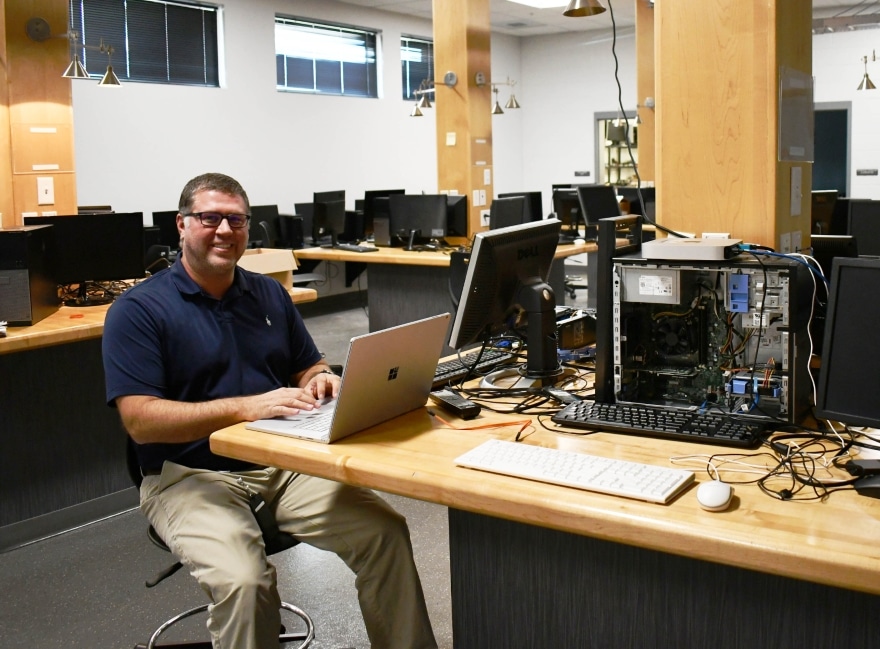 All visitors scanned into a building must share where in the building they’re going and how long they intend to stay. They must also scan out when they leave, which Taylor says helps staff account for everyone in the building.

In early October, Taylor and his team implemented new access controls on internal doors in the district’s two high schools.  The controls require teachers and staff to swipe their school IDs to unlock doors. The high schools also have proximity access controls securing the exterior doors.  That system can be accessed virtually so all doors can be locked within seconds.

“If there was an active shooter, all the doors would be locked and stay locked until law enforcement opens the door ,” Taylor says. “You hate to think about why it’s needed, but you have to think about how to prevent awful things from happening.”

The district uses a system that recognizes if an employee tries to share personal information, such as a social security number, in an email. If that information is entered, the person’s identity must be verified before sending the email.

Taylor has also acquired advanced Microsoft licensing that allows for conditional access. Many systems in the district’s network use “if/then conditions,” meaning if a user tries to access the network from outside the U.S., access will automatically be denied. Taylor has also created employee policies around multi-factor authentication and passwords. For example, if the network recognizes unusual behavior, such as changes to login patterns or impossible travel scenarios, the risk level will increase and the user will need to create a new password or meet conditional access requirements. 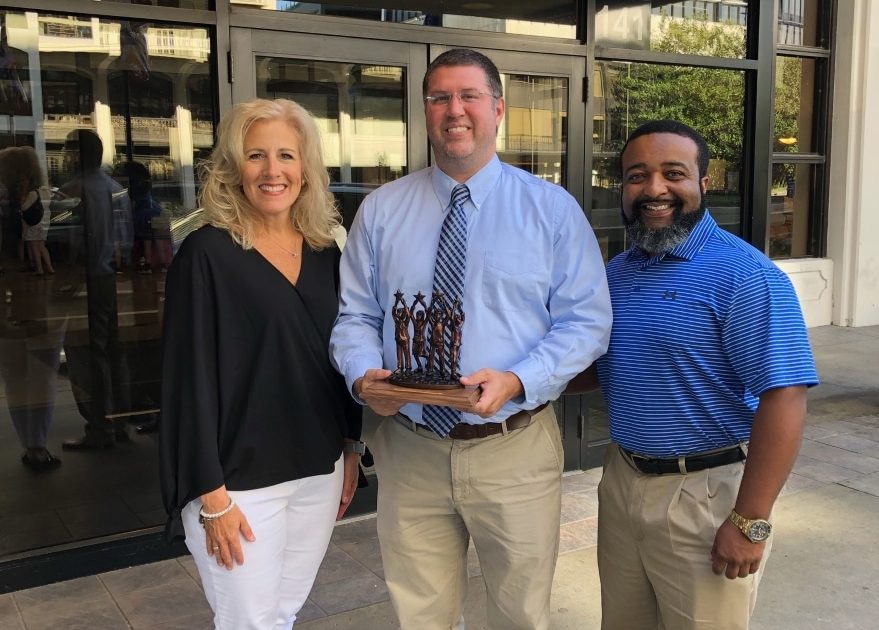 Given the success of these efforts, Taylor was asked to serve on a statewide committee to enact similar cybersecurity policies for all other districts in Kentucky. He says it’s been very rewarding to be part of because most of his career has been spent in education and at Hopkins County.

After graduating from the University of Kentucky with a bachelor’s degree in computer systems networking and telecommunications, he spent seven years as an IT specialist for Hopkins Country Schools. This is now his third time being employed by the district, having left twice for the private sector. He’s been with the district for a total of 17 years and became CIO in 2017.

Taylor now has two young kids in the district and his wife works there, too, as a nurse.

“I love the district and the people I get to work with here,” he says. “The leadership team is great, and I really enjoy my tech team. I’ve had great mentors invest in me, so I like to pay that forward to my team when I can.” 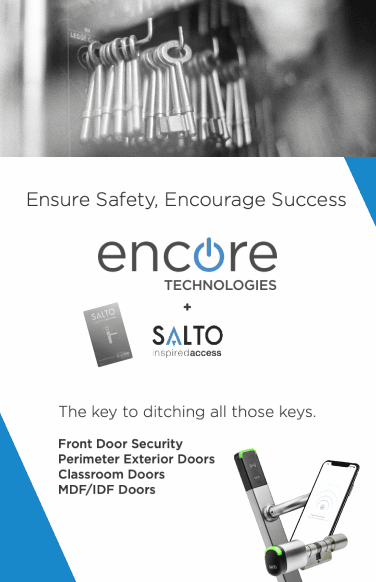 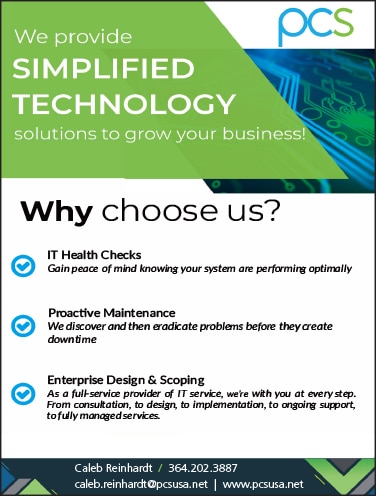