Well, if nothing else, the attorneys and staff at Canada’s Department of Justice got used to virtual meetings and hearings in 2020, recalls CIO Dugald Topshee.

The year began with him adding digital tools to enable Department of Justice attorneys supporting 40 federal departments to work on the go. It ended with those attorneys and justices signing in to more than 50,000 virtual meetings and hearings. 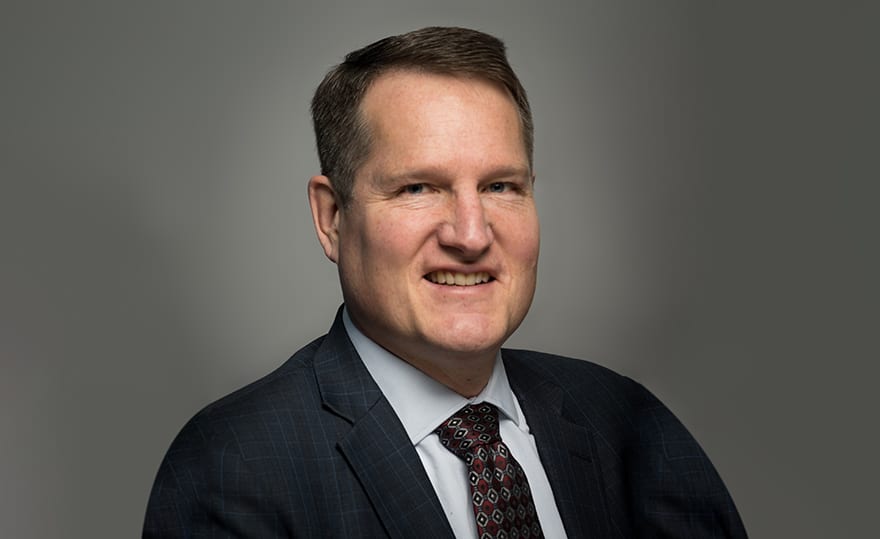 Baby steps begat big leaps, and Topshee says implementing wider applications for technology indicates what the Department of Justice can do when forced because of an emergency situation. It’s also whetted his appetite to continued transforming how the department operates as a norm.

“This pushed things forward more rapidly than we expected,” Topshee says. “But people discovered what they could do and my team was there to help them throughout the changes. Moving forward, we’re hoping to sustain this pace of change.”

So much to cover

Headquartered in Ottawa, the Department of Justice also has 17 offices across the country and about 5,000 employees supported by Topshee and his team of 320.

Along with handling the information management and technology systems and supporting the employees, Topshee and his team administer Access to Information Act and Privacy Act requests—the Canadian equivalent of the U.S. Freedom of Information Act governing requests for public files and records.

In comparison to the U.S. Department of Justice, the Canadian counterpart differs for its lack of a law enforcement agency such as the FBI. It’s also responsible for drafting legislation for consideration by Parliament of Canada that creates new laws or amends existing ones. 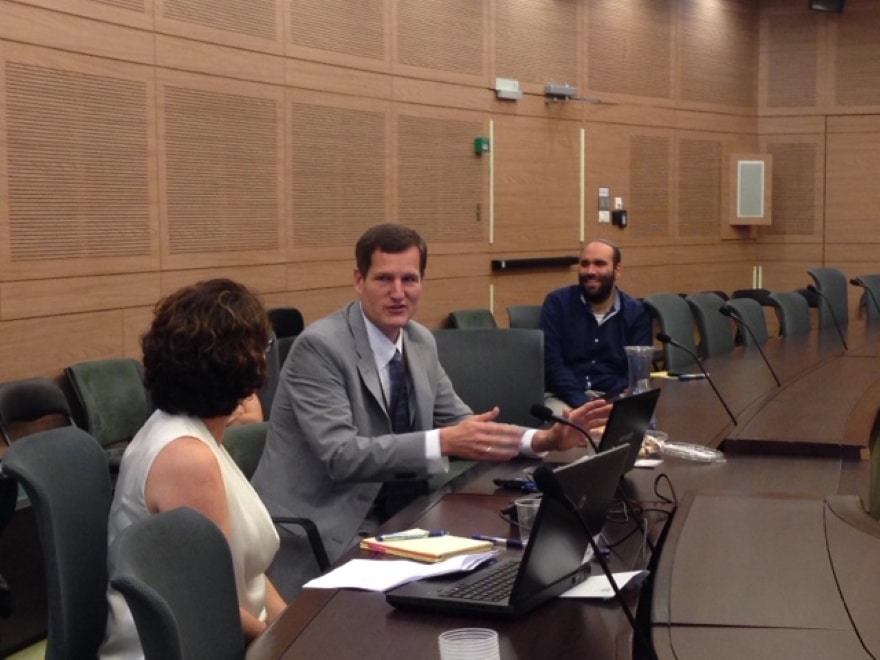 Although the Department of Justice does not take part in criminal justice proceedings, its complement of lawyers and paralegals represent the Canadian government in a variety of civil court proceedings.

It can be more like working in a giant law firm, Topshee says, albeit one that differs from a private sector firm because it doles out millions of dollars annually in support of community organizations and other levels of government.

Even before the COVID-19 pandemic arrived in 2020, Topshee had begun supplying laptops and tablets to staff, while also subscribing to electronic legal research tools and reducing reliance on print manuals. The changes added a level of needed mobility and access for attorneys, he says, even as there was some resistance to change.

When the pandemic set in, so did change at a quicker pace. Nearly every government agency was changing rules and regulations while department staff burned the midnight oil writing and rewriting laws for parliamentary consideration.

“For my shop, running information management and IT, we went from working with a small number of early adopters to suddenly having more demand than we could manage,” Topshee recalls.

It was hardly an immediate or easy transition. In fact, he and his team had one request to print nearly 40,000 pages of documents shortly after the remote work started. While that didn’t occur, it indicates the scope of the adjustments his team and department attorneys faced, he says.

Because much of the work was also being done remotely, Topshee’s department was providing employees secure access, at a distance, to sensitive information. Protecting the network was obviously crucial and required quick decisions based on risk management and careful interpretation of existing regulations.

This could not have been accomplished without collaboration with partners across the government—in particular, Shared Services Canada—the department that provides network services to federal organizations, Topshee notes.

“The tools and the advice were changing quickly and it was legitimately hard for a lot of our workforce to live in that level of ambiguity,” he says.

Topshee and his team are part of a system that provides a high level of judicial independence to the courts. That independence includes individual justices deciding which platforms would be used for virtual hearings—if any. In fact, most tax courts remained open for in-person proceedings. Individual courts also decided how files would be stored and shared.

Courthouses for all areas of law are reopening in 2021, but those decisions are made at the local level, too, he says.

So while a CIO serving another federal department typically has greater say about what technology will be used and how, Topshee and his team can be put in a position where the tail wags the dog. Whether it’s Teams, Zoom or Webex, he says the virtual platforms have to recreate some of the nuances that are part of face-to-face hearings and meetings.

“By definition, litigation is an adversarial model, so the technology we give them has to work because there’s someone on the other side trying to make them look bad,” he adds.

Building upon the success of the digital transition, Topshee says he’ll be looking to shift more operations to the cloud with Microsoft 365. He’s also looking to add artificial intelligence to help attorneys prepare cases and arguments, particularly when they must sift through years of legal decisions and opinions.

“We need tools to read the content we have and highlight the key points for our staff so that they can focus on the areas where they can bring the greatest value,” he says. “Paper is great, but there are things you can’t do with paper records that you can do with digital records.”

They also need to improve how the systems interact. For instance, court rules from the various jurisdictions should be incorporated automatically into the systems in use at the Department of Justice, and there needs to be a way to better integrate scheduling functions, he explains. 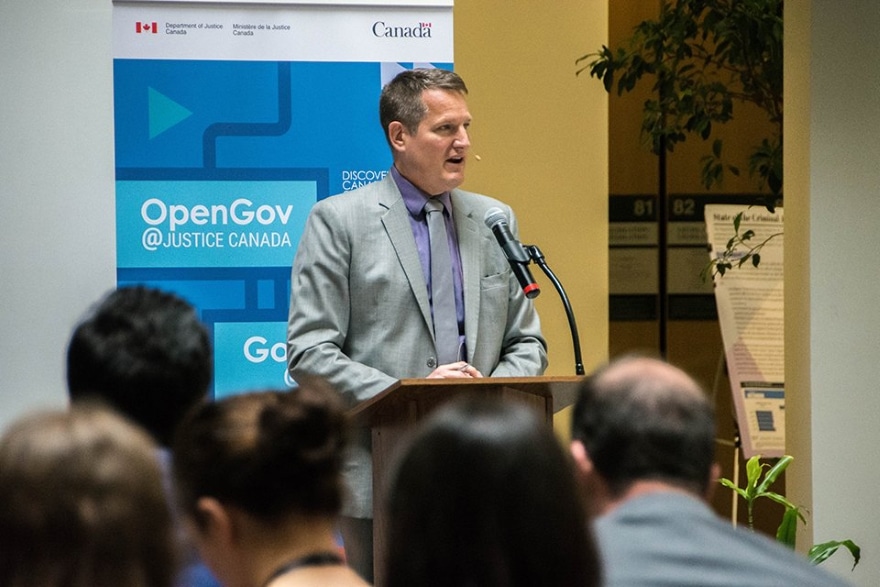 With each improvement, Topshee and his team will continue to bolster network and file security, he says, and they’re currently considering encryption methods that can offer protection even from advances in quantum computing.

Though interested in computers and technology from an early age, Topshee would not seem destined for an IT career given the Master of Arts in Philosophy he earned from Carleton University in Ottawa in 1998. That degree followed the bachelor’s in philosophy and political science also earned at Carleton in 1996.

But the master’s did not mean Topshee spent his days pondering our existence, at least not professionally, as he joined Nortel Networks as an information architect in July 1999. In 2001, he started his own consulting business, working in both the public and private sectors, designing systems and updating internal and external business processes.

As luck had it, one customer was the Department of Justice. Topshee built the drafting systems used to write proposed legislation and found he enjoyed working with attorneys. So in 2009, when offered a department job managing a new project, he took it without reservation. Topshee was promoted to CIO in 2018.

“It’s challenging to bridge the gaps and the silos between us through technology,” he says. “My team has worked across Canada in a volatile, complex and uncertain world and they helped bring about changes we can keep building on to improve how the department serves Canada.” 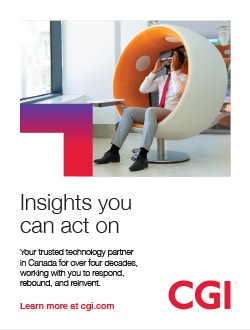