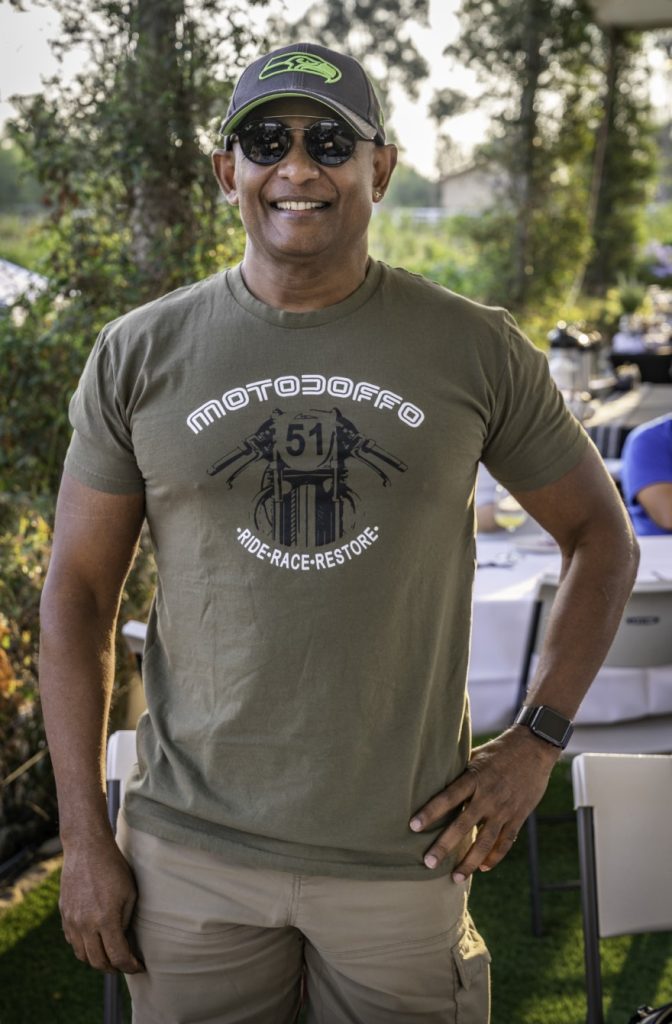 The respite seemed welcome for Duleep Wikramanayake. A few decades of infotech management in various industries coast to coast can be mentally exhausting, but it had been a rewarding career for the native Sri Lankan who’s made the most of himself as a U.S. citizen.

Having retired in late 2018 after upgrading technology and protocols for Dallas-based Solis Mammography, life seemed good for Wikramanayake and wife Andrea, time finally on their hands with their two children in college.

But the couple had wanted to retire to Arizona, which just happened to be where one of Wikramanayake’s old industry colleagues, Dr. John Simon, oversaw SimonMed, one of the nation’s largest outpatient medical imaging providers and physician radiology practices. Years earlier Simon had offered Wikramanayake a job, but the timing wasn’t ideal for him to leave a choice position at Advanced Radiology Consultants in Connecticut.

Now an offer was tendered again in January 2019, from sunny Scottsdale. With a touch of desperation, too.

“Dr. Simon is telling me, ‘Someone’s got to fix my infotech. My team’s holding me hostage,’” Wikramanayake tells Toggle in September. “He’s saying how he pays so much but gets nothing done.”

Wikramanayake’s response? Along the lines of: I’ll come if you let me do my job and execute your vision. I won’t play politics.

He came to SimonMed in January 2019 as the new CIO, entrusted with what was planned as a three-year digital transformation. That was consummated in half the time, but with Wikramanayake having much fun on the job, he’s staying around. This may well be his last job, but there are still some sensitive projects to navigate.

“Dr. Simon’s vision is to make imaging not so expensive,” Wikramanayake says. “We need a patient portal and other means of taking the burden off medical records and scheduling. It will happen this year.”

And it all starts with an IT department that he has strengthened by mentoring some old hands, replacing others and enhancing the abilities of all with an A-team of vendors including Global Paradigm LLC, DataEndure, Connection, Jett Enterprises and Netreo that can be called upon to deliver.

A Dallas-based management services provider that Wikramanayake had relied upon in previous stops, Global Paradigm partnered with SimonMed’s IT team to revamp infrastructure and flexible monitoring systems. Well-versed in HIPAA and PCI environments, the firm’s services were a good fit for SimonMed’s needs. “They’ll go out of the way to fix things, even if it’s on their nickel,” Wikramanayake says, lauding how the company built and operates the network, data center and cybersecurity. 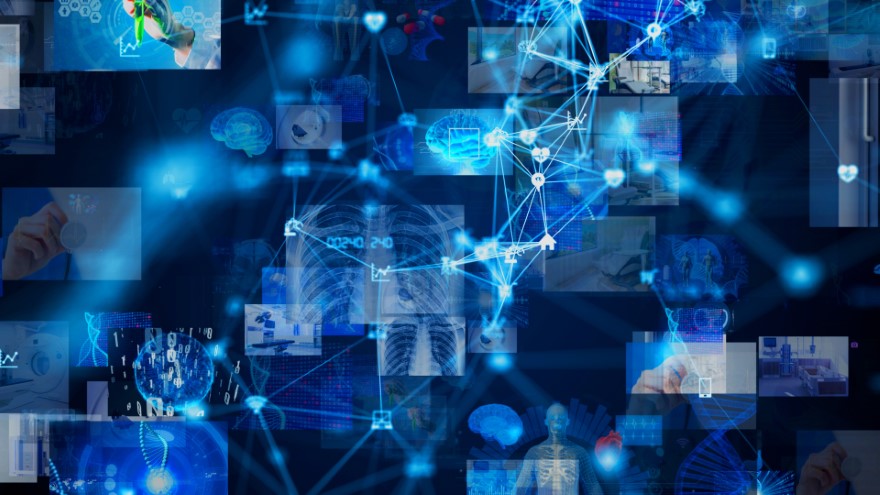 “We don’t just provide out-sourced managed services for what is already built,” says David Keyser, Global Paradigm’s managing partner. “We partner directly with the stakeholders in the business to architect, build, and help run their IT transformation.”

Digital resilience being DataEndure’s stock in trade, the San Jose company has strengthened SimonMed’s ability to acquire and integrate the right security tools, storage capabilities and other niche solutions, while performing regular health checks on infrastructure.

“I can count on DataEndure to bring the right solutions to the table that help me manage risk, improve performance and respect my wallet,” Wikramanayake says. “They’re more focused on a client’s success than anything else.” “

“DataEndure understands SimonMed’s needs for a digitally resilient infrastructure with a strong ROI to continue delivering affordable healthcare to patients,” shares Vince Zappula, CRO of DataEndure. “That’s what we make sure we always provide.”

Another top solutions provider, Jett Enterprises’ specialties include designing remote and home offices, which have been essential to its clients throughout the pandemic.

All these vendors allows Wikramanayake to do what he likes best, which is focusing on the professional growth of his hires.

“My job is to make you marketable,” he tells those under his wing. “When we get to where I can’t afford you, my mission is accomplished.”

Getting them up to grade

But going from IT greenhorn to rock star isn’t a process that happens overnight. When he took command, Wikramanayake assessed the team’s ability as 3 on a scale of one to 10.

However, he wouldn’t need the allotted three years to bring out the best in them—sometimes via the tough love approach he says he learned from a strict but loving grandmother. The pandemic might have even helped the cause, he says, with everyone aware of the upgrade’s urgency as revenues dropped with the state putting elective medical treatments on hold.

By all measures, his expert touch is proving out. The company’s three-year transformation initiative has been completed in 18 months. Revenues that previously fell to 25 percent have since more than tripled, largely due to SimonMed’s enhanced ability to scan remotely. New data centers in Phoenix and Dallas enable the company to operate in nine states and more than 150 facilities that are American College of Radiology-RadSite certified. 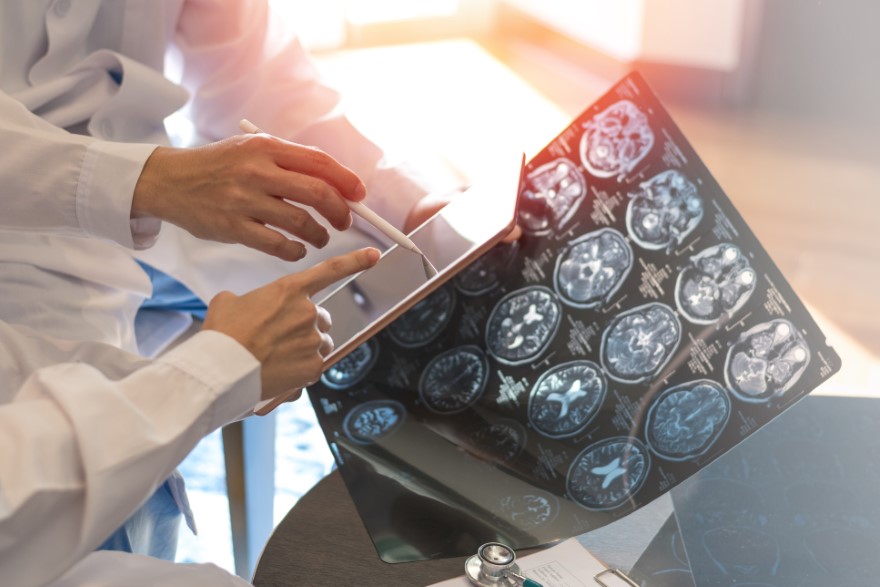 Patients have more control over making appointments using online scheduling and kiosks to check in and get their imaging results quicker. Old systems have given way to centralization and technology migration. Online security is tighter, and while there’s been no need for disaster recovery, better means to do so are in place. When COVID-19 forced stay-at-home orders in March, the process largely proceeded seamlessly.

“How did it all happen?” Wikramanayake asks rhetorically. “By our external and internal staff working so closely, along with our partners.”

At home in IT health care

And there’s a particular satisfaction Wikramanayake takes from applying IT to health care, which he’s been doing since managing desktop and LAN operations at Oxford Health Plans in 1999. Subsequent positions included various roles with Advanced Radiology Consultants, TRA-Medical Imaging, and Solis Mammography, and in all stops he’d see a common denominator as to why medical costs were always soaring. 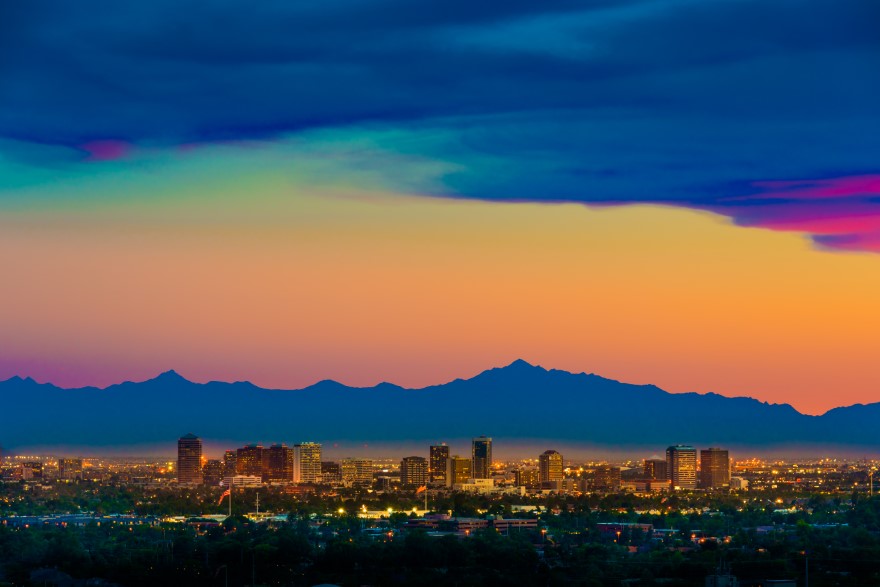 “A reason is that healthcare entities and networks haven’t invested in the right IT infrastructure,” he says. “They go with safe methodologies, and with no return on investment in the systems that they use, the costs are passed to the patients.”

Mammograms and other imaging procedures not being a high-value reimbursement for clinics, there’s added need for streamlining, he goes on to say. Just as he led his previous employer, Solis, in setting an industry standard for efficiency, he wants to do the same at SimonMed. He and the boss being on the same page, Wikramanayake is motivated to delay more talk of retirement.

“Dr. Simon is a visionary,” Wikramanayake says. “He’s very innovative and wants to be around innovators. The past 20 months have flown and so will the next 20 months.”

Wikramanayake seems a visionary too, though with a unique foresight inspired by that grandmother, who largely raised him in Sri Lanka. Foreign ancestry notwithstanding, there’s a bit of Horatio Alger in him—having overcome a troubled home life and lack of education to become a bookkeeper in his native land for Save the Children.

Impressed with his drive, the nongovernmental organization offered him a position at its Westport, Connecticut, office in 1982. When the first personal computer came out a couple of years later, he invested in one and taught himself programming.

Though he studied accounting at Norwalk Community College, IT still beckoned as he applied his skills at publishing houses and eventually moved to health care. But while he can take the lion’s share of the credit for his success, Wikramanayake acknowledges it didn’t all come as a result of his actions alone.

“Yes, I had humble beginnings, but there were people who helped me at critical times,” he says. “I’ve been incredibly blessed by those who picked me up along the way. It’s now my goal to inspire people to be all they can be.” 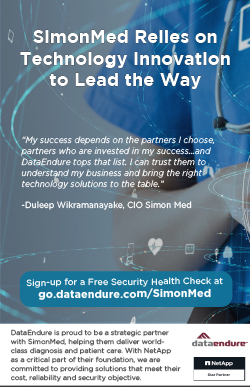 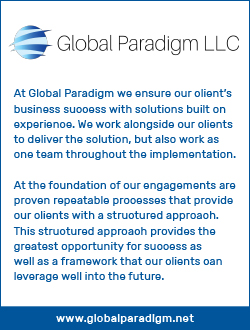 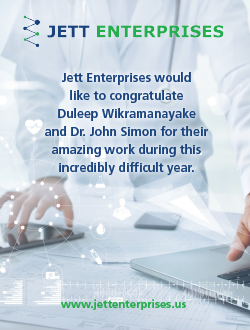 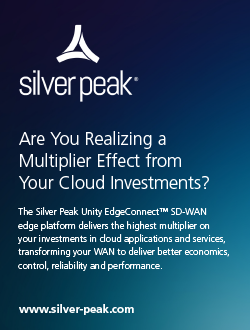