For a stress-free cancer screening

Given that few things are as stressful as breast cancer screening, the term, Peace of Mind Mammogram, may sound like an oxymoron.

But it’s more than just a tagline for Solis Mammography, the nation’s largest screener of such cancer. It’s also a goal that, however hard to achieve, the company vigorously pursues with the indispensable help of an info-tech team that’s recently grown from six to 28.

With the Dallas-area operation intent on tripling its 40 nationwide satellites in the next few years, that tech team stands to increase even more.

After all, such an ambitious plan wouldn’t be feasible without the most reliable IT, but Solis has long invested wisely in this area, seeing it as more asset than expense. All of which has Duleep Wikramanayake convinced he made the right decision when Solis recruited him to be chief information officer, luring the native Sri Lankan from a Tacoma, Washington, radiologist in October 2016. 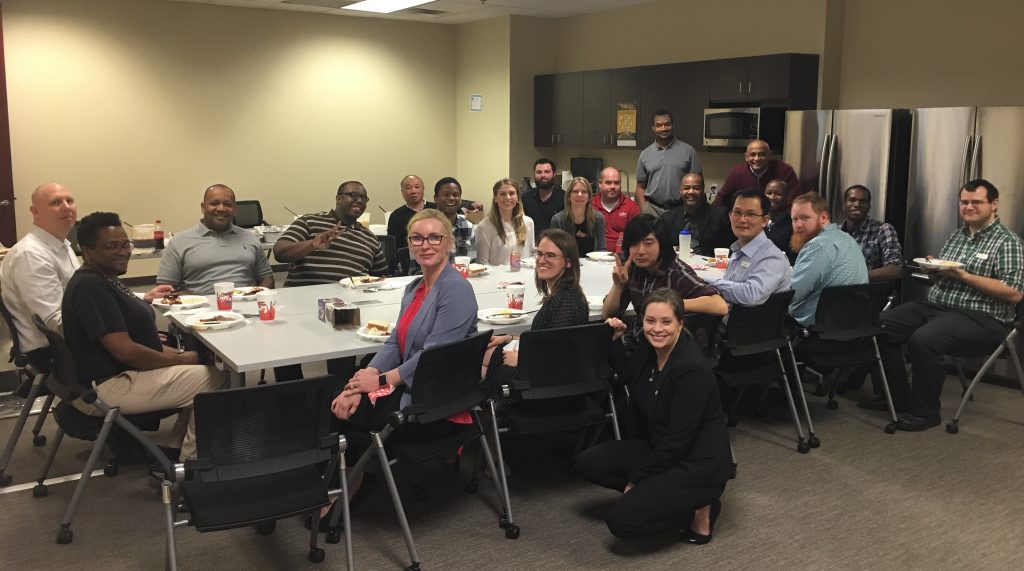 While adept with the most intricate technology, Wikramanayake never loses sight of the fact that there’s a human being behind every procedure; one who’s likely stressed by the upcoming ordeal.

“We’re well aware it’s an unpleasant experience, but from the first phone call to the reporting of results to the follow-ups, we’re with the patient every step of the way,” says Wikramanayake, who’s been applying his IT aptitude to some health care or humanitarian cause for virtually his entire professional life. “We’re here to enhance that experience so it’s as stress-free as possible. We’re warm and welcoming.”

When the affable Wikramanayake stepped into the Solis position, it was with the clinic’s intent that he’d take a progressive IT department to a higher level.

Online scheduling was already in place; the system having since expanded to 40 percent of appointments being made via the internet and without a physician’s referral—so long as at least a year has passed since the previous exam. Among Wikramanayake’s intentions is to see that percentage increase. And it likely will, with Solis emailing and texting reminders so patients know when another exam is due.

To ensure a high degree of satisfaction, patients are asked to complete a post-mammogram survey, with the results included on an iPad that connects directly to their comprehensive medical records. While federal law requires mammography results to be mailed to the patient within 30 days of being available, Solis now emails the information as soon as it’s finalized by the radiologist. Its communications system even determines whether the message is promptly read; if untouched after three days, the letter is mailed.

But, as Wikramanayake points out, there’s also a 2,000 percent increase in data that needs to be safely stored, but still accessible to responsible parties. Solis has invested in technology that allows the IT department to deploy smaller and more cost-efficient sites with normal internet connections.

“We’re changing the game on how we move files,” he says. “As a data set becomes larger, it becomes a problem to store and transport. One of things we do is invest in technology that’s cost-effective.”

Mammograms not being a high-value reimbursement, there’s even more need for streamlining, he says, adding that the Solis IT team just may be able to set an industry example for efficiency.

“One reason health care is so expensive is that health care entities and health care networks haven’t invested in the right IT infrastructure,” he says. “They go with safe methodologies and with no ROI (return on investment) in the systems that they use, the costs are passed on to the patients. Maybe I’m delusional, but I know there are things we do in half a day that take months for a large health care entity to complete. Most health care entities don’t even like to share data, but we’ve adopted amazing technology and I want to show them how to do it.”

If the odds look long for that cause, it won’t dissuade Wikramanayake, who’s used to undertaking improbable missions and coming out more than just OK.

Having grown up in a broken family, Wikramanayake never completed high school in his native land, but with the push of an enlightened grandmother, he still valued education, becoming a bookkeeper of sorts for the regional office of the nongovernmental organization Save the Children. Despite his lack of formal schooling, Wikramanayake says he still created metrics for efficiency and results, impressing Save the Children enough for the NGO to offer him a position at its office in Westport, Connecticut, in 1982.

“I came to the U.S. with $300 and a suitcase, but they had enough faith in me to train people from other regions and share my knowledge,” he says. “Two years later, when the first PC (personal computer) came out, I spent my last dollar on one and started dabbling. By 1986 I was a self-taught programmer.”

Enrolling in Norwalk Community College, he furthered his credentials with an accounting degree, but reverted to an IT role with a couple of Northeast publications—Brooks Community Newspapers and Weekly Reader—before joining FlexiInternational Software. His first health care position was manager of desktop and LAN operations for Oxford Health Plans. After an ecommerce stint with Columbia House, Wikramanayake went back to health care as IT director and then CIO at Advanced Radiology Consultants. Next came a move to the Pacific Northwest for six years as CIO of the medical imaging clinic, TRA-MINW, where he built a tech team and managed the strategic direction of imaging informatics for radiologists.

With over 150 projects successfully implemented, his professional reputation grew enough for Solis to make him an attractive offer. Wikramanayake and his wife of 24 years, Andrea, are now happily settled in the Dallas area, while their college-age son and daughter continue their educations in Washington State.

And how did this couple meet?

Well, as Wikramanayake explains, they were working out in a gym in Connecticut, and she noticed him fumbling with dials on a Stairmaster. Technology, just when one thinks he has it mastered…