His IT defense never rests

In retrospect, it could have been worse for Newark, New Jersey, in the spring of 2017.

Sure, the municipal computers were hacked and the Garden State’s most populous city held up for $30,000 in bitcoin by a couple of high-tech miscreants in the Middle East. 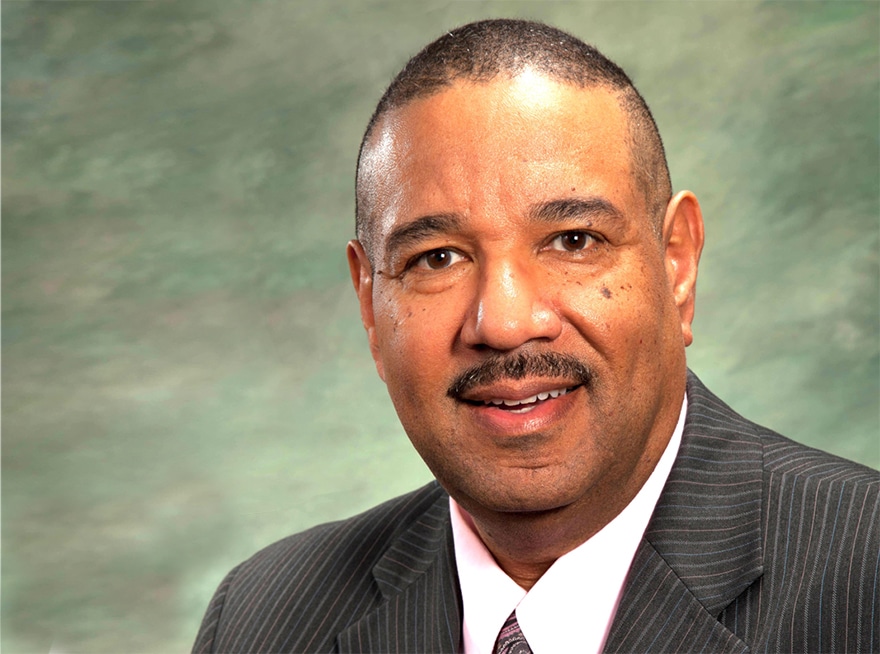 But that same duo likely extorted even more in untraceable digital cash from other municipalities, institutions and private entities. Lesson learned, Newark commenced with a strategy to preempt subsequent blackmail and last February brought aboard E. Steven Emanuel as chief information and technology officer.

“The issue wasn’t ‘something could happen’ but ‘something had happened,’” Emanuel tells Toggle in December. “The emphasis was on ‘what we must do.’ Any remaining issues had to be brought to the city’s attention and resolved. I had to move the needle from the most proactive perspective.”

Seasoned in all matters infotech from a lengthy career in the public and private sectors, Emanuel’s first impression of his new workplace was similar to that of so many of his colleagues who oversee IT on behalf of cities and towns.

For starters, there was a constrained budget, a need for more staff and limited fiscal resources. On a more encouraging note, capable and dedicated people were doing their best with whatever tools they had. Thus some in-house reshuffling, starting with Emanuel sacrificing the position of his own administrative assistant for a cybersecurity official.

“I’d rather have someone overseeing the security of the city than watching my email and managing my calendar,” the good-natured Emanuel goes on to say. “You’ve got to spend money where it’s most effective and leverage it to the city’s advantage.” 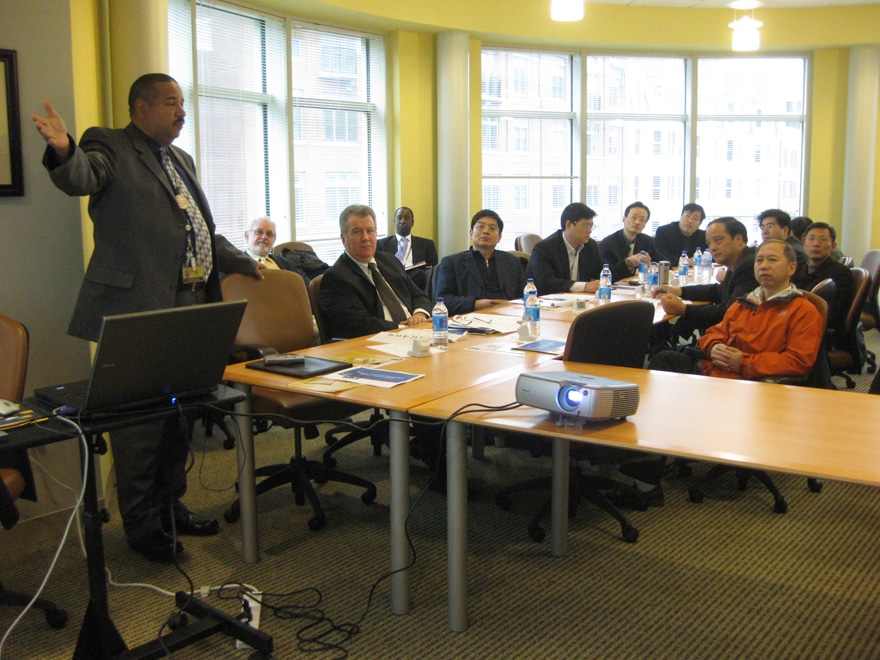 So Emanuel would entrust information security to Ken Novitsky, a former security auditor at Newark-headquartered Public Service Electric & Gas Co. Between Emanuel and Novitsky, there’s enough digital savvy to cover all bases, especially as they reassign and optimize the abilities of an IT staff of around 30 and a dozen others inherited from the municipal printing and mailing departments.

“Everyone here is comfortable wearing additional hats,” Emanuel says. “My conversations with the Mayor [Ras Jua Baraka] aren’t always direct, but the message is.”

The message isn’t just one of data security, it’s also about municipal efficiency and transparency, and public access to the departments of administration, communications, economic and housing development, engineering and finance. But even before Emanuel became Newark’s IT boss, he had already helped prepare that city—and other public entities—for the digital needs of today and tomorrow.

Emanuel’s career being one with private and public sector experience, he’s had an up-close look at the strengths and weaknesses of each. The private sector having more strengths and fewer weaknesses when it comes to IT, he’s long been something of an evangelist in upgrading the public’s capabilities.

Six years ago, when serving as New Jersey’s chief information officer and chief technology officer, he assembled disciples aplenty for this mission, bringing together 22 state and municipal CIOs, and almost as many from companies that provided cloud services. 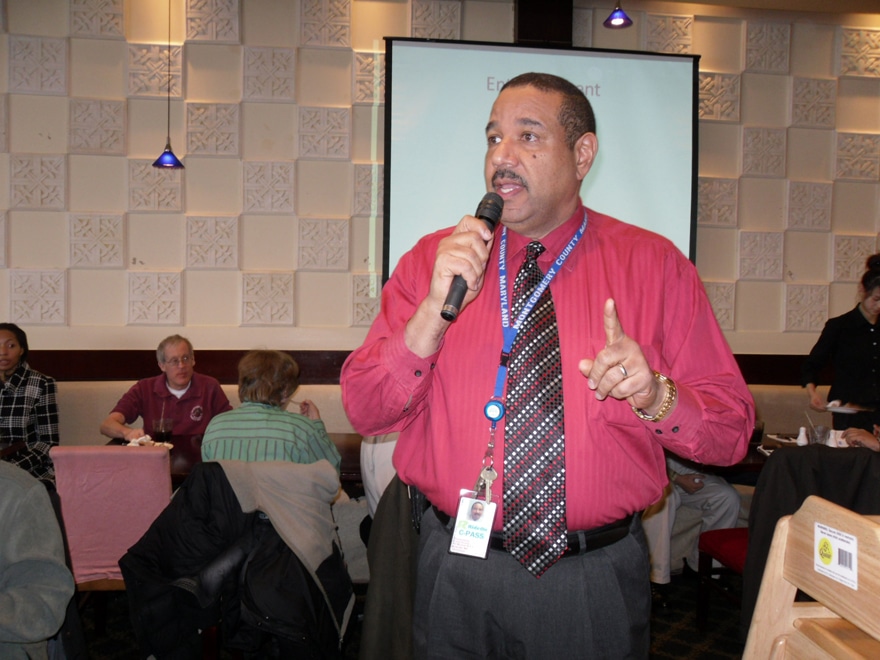 Government being behind the curve when it came to harnessing this new virtual platform, Emanuel and his IT soulmates saw how the gap could be narrowed. Among other solutions: afford government the same agility of a commercial entity when it came to procuring.

Their ensuing white paper, “Best Practice Guide for Cloud and As-A-Service Procurements,” remains a bible of sorts at the Center for Digital Government, a high-tech research department at e.Republic.

A living bible actually, it was updated in 2016 with renewed emphasis on security. Then there’s the set of 23 model terms and conditions for Infrastructure as a Service, Platform as a Service, and Software as a Service—all of which Emanuel says are standing the test of time.

The National Association of State Procurement Officers took early notice in 2015, creating a cloud marketplace request for proposal inspired by the consortium’s findings. Most states, including New Jersey, have taken to using the white paper for more cost-effective acquisition of products and services, and this efficiency has filtered down to the local level.

Now with Emanuel knowing the nuances of Newark after nearly a year on the job, the city seems poised for the kind of ongoing digital transformation that he deems most necessary.

“We may not always be on the front page, but we make ourselves relevant and available,” he says.

Considering what happened prior to Emanuel’s arrival, the front page may not be where Newark’s IT department would care to make another appearance. Indeed, IT departments rarely garner anything but the wrong kind of attention.

Though it might be remiss to not take note of that white paper and Emanuel’s actions to further IT expertise in the public sector.

“Our city is the largest in New Jersey, and like all government entities, constrained,” he says. “That puts the responsibility on me to save money so I can reinvest it, and a significant need is the training of employees. You can’t ask them to wear two or three hats unless you provide them with the necessary training.”

So he arranges and encourages them to attend free but priceless industry events in New York City and around New Jersey that focus on core technological improvements and modernization of old tools. He’s proud to say that Newark did a “Herculean job” after the 2017 ransomware incident, but is just as quick to remind that IT defense can never rest. 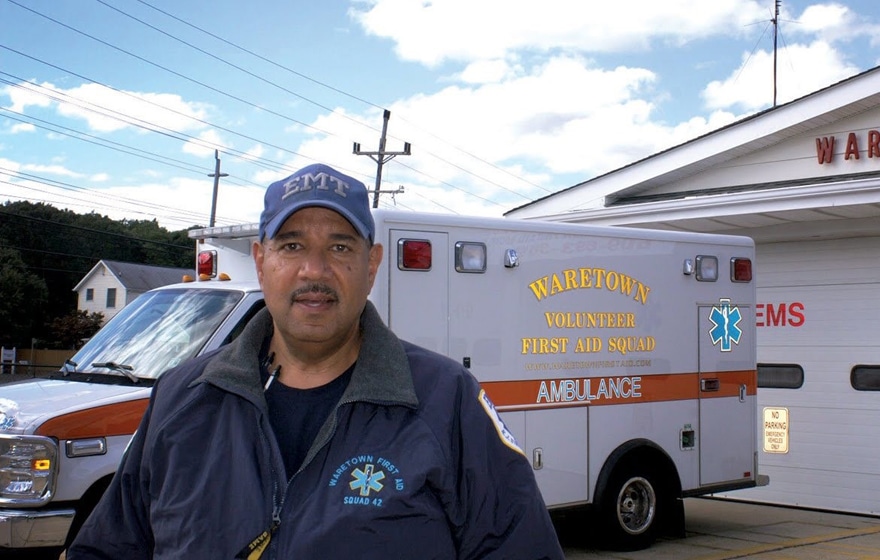 “You’ve always got to invest in continuity,” he says.

And Emanuel finds ways to invest in community as well. A youthful 65, he’s in his 44th year of volunteering as an emergency medical technician, including the last 16 years with EMS. Needless to say, the Newark area has its share of drugs and violent crime, but he’s one to soldier on in any meaningful pursuit.

“I’m enjoying myself, grateful to be healthy and a cancer survivor,” he says. “I’m also an ethical Christian man with willpower and strength. I also seem to find that people like me are public service advocates. As long as I can support my family and the community, I’ll continue being proactive and innovative.”