It’s game day at the University of Iowa and the Hawkeyes are nationally ranked and primed to play at Kinnick Stadium. The smell of grilled burgers fills the air as fans fill the parking lot in their black and gold gear, lounging outside RVs or tossing a football around before kickoff.

University of Iowa Athletics Director for Sports and Information Technology Eddie Etsey knows the fans are coming, and he is on a mission to make game day memorable from the time they leave their driveways until the moment they get back home. 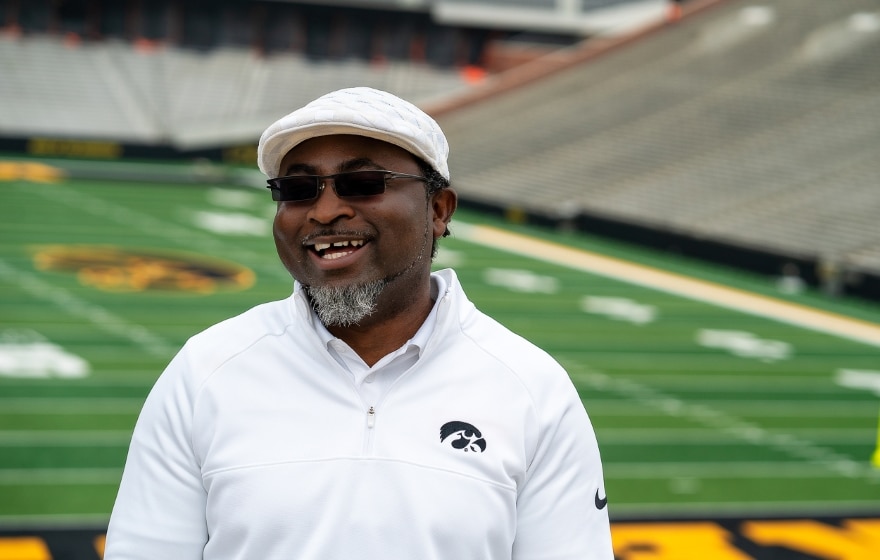 Etsey wants you back for more, too, and not just the football, because there are 23 other Hawkeye teams needing fan support.

“We want to be sure the fan experience is as awesome as it is when they are watching at home,” says Etsey, although a halftime show with a marching band or incorporating a cell phone into the light show during a basketball game are things that should not be tried in a den.

On any game day, the area around Kinnick Stadium is expected to draw 100,000 football fans. In the last couple of years, Etsey and his staff have embarked on a digital transformation to improve transportation, parking, and getting to your seats with all the food and drink you want.

It begins with online ticket sales, continues with apps alerting arriving fans about traffic conditions, and includes digital payments for parking either in advance or on arrival.

Outside Kinnick Stadium, the Hawkeyes plan to boost wireless signals, especially useful as perhaps a third of the gathered fans won’t come inside the stadium for the game, but will tune in outside on their devices, Etsey says.

There’s plenty more in the works, as apps in development will allow fans coming into Kinnick Stadium to preorder food and get alerts about which concession stands or restroom areas are crowded, thanks to the university’s use of heat maps. At the same time, Etsey and his staff are able to mine data from app subscribers so they can continue to improve the experience.

The University of Iowa is already working with ParkHub, a leading parking technology provider, to get fans into the events more easily and conveniently. 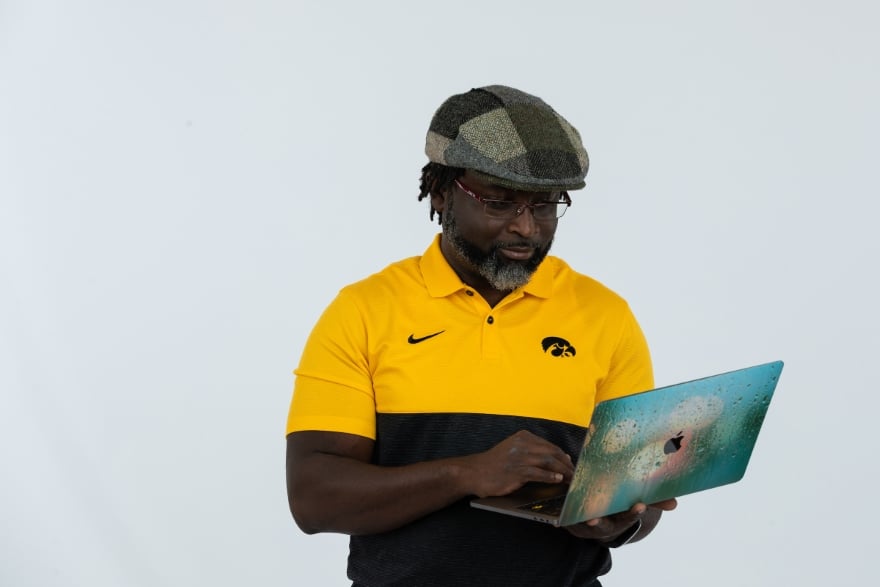 Elliston says the reward for ParkHub has been working with Etsey.

“It has been an absolute joy for us,” he says. “He’s energetic and forward-thinking—an ideal partner for an innovative tech company.”

More than one game in town

Etsey’s knack for forward-thinking goes beyond the gridiron.

“Whatever we do for football, we want to be able to replicate that for the other sports like wrestling, basketball and all our Olympic sports,” he says. “How do we engage the individuals while they are here to keep them coming back and have them tell their friends they had such a great experience?”

But to make that happen, the University of Iowa still needs some basics, including better Wi-Fi at some of its venues, he adds.

Etsey says there is an app for sports fans to help light up the games; it makes their cell phones part of a light show in the arena, right down to synching with the music. The fun is all-inclusive, too, from people in the regular seats all the way up to the premium seats and suites.

“Everything we do, we do it with a random fan that comes to a game in mind” Etsey says. “If you come to one game, we want to be sure we give the experience to want to come back.”

Etsey’s roots are far, far away from the crowds and excitement of sporting events. A native of Ghana who emigrated to the U.S. with his family when he was in his early teens, Etsey says a guidance counselor told him college was not a likely choice.

Etsey, 40, was admitted to the University of Iowa on a probationary basis, he says, but graduated with degrees in math and computer science in 2003. He added a master’s in informatics in 2015. 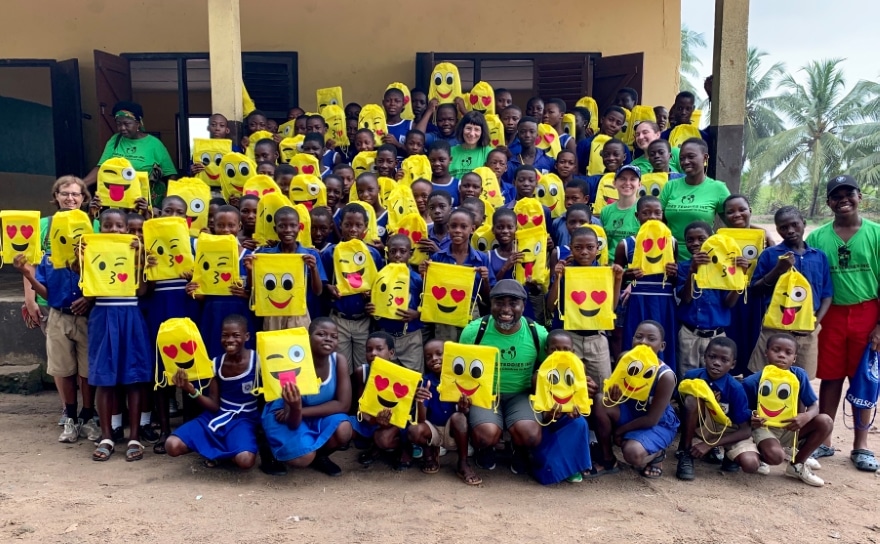 Until coming to work in the University’s athletic department in August 2017, Etsey worked in IT for the University of Iowa Hospitals and Clinics.

“I spent a lot of time putting out fires, so the opportunity to be creative wasn’t always there,” he says. “When I got to athletics, the time to be innovative and lead in the field presented itself.”

His passion for tech and innovation has also taken Etsey back to Ghana with his Eddies Teddies Inc. nonprofit. Once a year, Etsey and as many as 12 others journey to the African nation to set up libraries and computer labs while also providing basic school supplies. A crucial element to the journeys is how the groups vary each year, he says.

Etsey has been accompanied by high school students selected because of their leadership skills.

“They needed a life-changing trip where they can realize there are people with absolutely nothing who can be happy while we have everything and are not always happy,” Etsey explains.

In 2019, Etsey traveled with a group of professionals from varied fields, including a school principal and retirement home administrator.

Married with one child, Etsey says Sunday is the one day his family can be together and it is devoted to church and calling their relatives in Ghana before a long lunch. In the afternoons, the devices and phones are shut off in favor of long walks and reenergizing themselves. 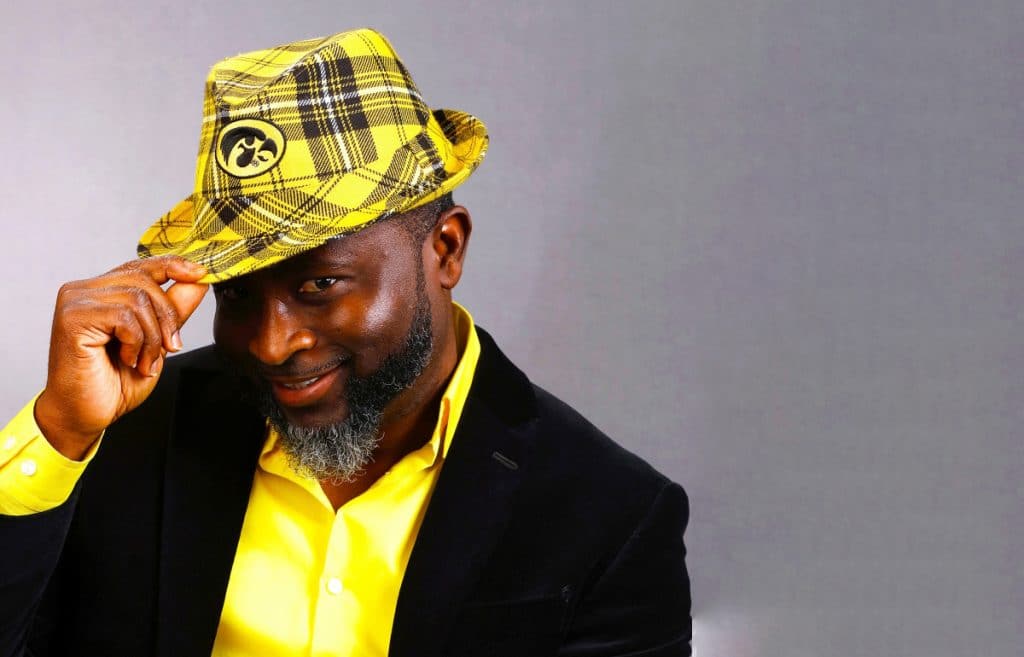 Then it’s back to the fun and games of collegiate athletics, even if Etsey’s work is far from all fun and games.

“I live in two different worlds, the sports technology and the great things we are doing in our venues to improve fan engagement and getting people to the games, and being an advocate for those without a voice in the community. All while being strategic enough to be ahead of the game in terms of what is coming down in two or three years,” he says. 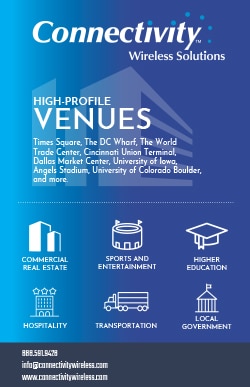