Beyond drag and drop

Elizabeth Collins remembers the early days of technology at the University of Colorado Foundation, teaching a co-worker how to use a computer mouse by doing the drag-and-drop game of solitaire on some recently installed software.

To say technology has changed since then is an understatement. Now savvy students and a legion of researchers walk across the University of Colorado’s Downtown Denver and Anschutz Medical Campus in Aurora every day, relying on rapid connectivity to everything in their lives via devices—aka mini-computers—in the palms of their hands, no mouse necessary. 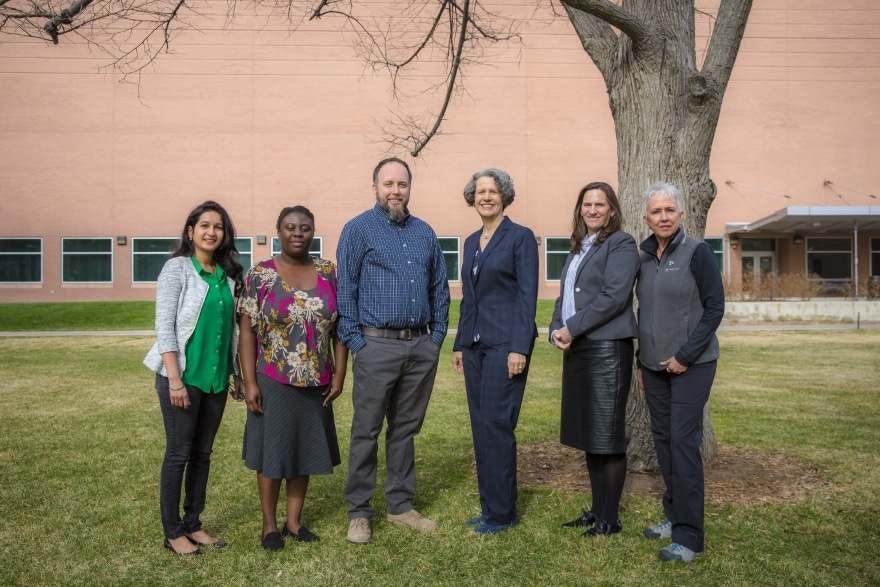 Still, there are times when a researcher needs to go “old school” to simply ferret out information quickly from the university’s website. Nothing is more annoying than trying to locate information, from current clinical trials to information on how to submit a research protocol or proposal—especially when you are in a hurry, or on a deadline.

To that end, Collins has been in her current role as director of research IT for the past 10 years with a team of 6.

She’s led the charge on the development of a new navigation model for Research Administration using a new content management system on the university’s website that affects the business systems and operations of the two campuses.

The entire CU system encompasses four campuses, 67,000 students, 9,100 faculty and 13,800 staff with research funding of $1 billion annually. CU Anschutz and Denver’s share of that is $535 million through submission of more than $1 billion of proposals. All research has to go through enterprise systems that Collins and her team support.

“We are interested in leading edge, not bleeding edge, and what could be of help to benefit people,” she says.

There are a lot of pieces and parts to the puzzle of a university-wide upgrade, from conception to selection, to testing and user-acceptance, and then rolling everything out and training the end-users. Across the educational spectrum, Collins is involved with all the schools and colleges on both campuses, especially those that conduct research, as well as with the Office of Information Technology.

To get a handle on what was most important to end-users, Collins had a lot of discussions with a lot of different people at a lot of different times to understand their scientific and business needs. She also wanted end-users to feel comfortable with the look and feel of the interface while building in time to communicate any changes in the process to better train people.

“More hand holding means better adoption for acceptance,” she says, noting it is time well spent. “Because we work at a research facility there is a wide variety of demographics from retirees and older researchers to young millennials—all of whom have a full range of experiences with computers and databases.”

To address the needs of a complex research environment and the volume of end-users funneling through their system, in 2017 Collins and partner business offices turned to the Fremont, California-based NTM Consulting Services, an experienced solutions provider for research institutes and organizations specializing in streamlining compliance and facility workflows. 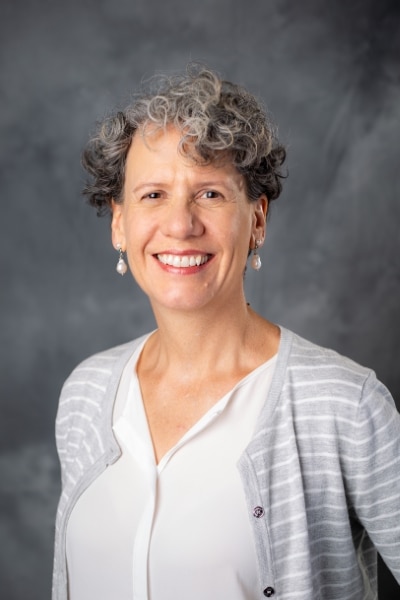 (In February of 2019 NTM was acquired by Portland, Oregon-based Cayuse, a research administration software company that provides a complete system for managing the entire research lifecycle.)

Collins says she was impressed when the CEO, CTO and lead consultant took the time to visit Denver to understand the university’s needs. Through discussions and site visits, Collins ultimately chose to implement the eSirius protocol management (now Cayuse IACUC and Cayuse IBC) and research facility suite, a web-based workflow software solution with nine applications, which went live in 2018.

“All I can say is that it has been an awesome partnership with a smooth integration, utilizing the software in the best way possible,” Collins says, commenting she particularly liked the “training the trainer” coaching provided by NTM/Cayuse. “They were really focused on the end-user experience and how to help us better communicate with them.”

Collins says the relationship between the university and NTM/Cayuse then evolved further. Post-project they were asked to provide their input on new modules being produced by the company.

“This is a long-term relationship, and, in the end, we will really benefit from that as well,” Collins says.

The first step in developing and delivering a new way of navigating the Research Administration websites was revamping the university website, a project now underway.

Collins explained that developing the new website is a two-prong process: restructuring the navigation of research administration and melding that with more than 20 different websites on the front end; and secondly, migrating and managing content data through new software on the back end from Massachusetts-based Sitefinity.

A goal of the new website, which is scheduled to go live this summer, is to restructure content and navigation from an audience perspective rather than an organizational one, which was how it was mapped out originally by organizational structures. Collins says the feedback she got was that people couldn’t find anything. Clinical trial information was one example, as well as the need for researchers to know where to find specific regulations on certain programs and projects.

“When our own associate vice chancellor is hearing from faculty that they can’t find things on our website, you know that has to be a priority to fix it right away,” Collins says. “The idea of doing a content management makeover was really her brainchild.”

Collins has always had two loves in her professional life: technology and higher education. She says it has been a remarkable journey, especially when those two worlds collide and enrich each other.

Over the years she’s watched the development of technology and the internet unfurl; initially it was a curiosity to most, but now it is a necessity to many. The latest advancements are not only intersecting the lives of native Coloradans like her, but also emanating out to patients around the world in search of, or in need of, the benefits and advancements at the university’s medical schools.

“All I can say is that it is amazing to work at a place I truly believe in; I see the strong purpose of higher education and I see the benefit of how it is impacting peoples’ lives in a positive way,” Collins says. “Here we see students turn into researchers and share their innovations to help cure diseases. What I want to do at the end of the day is to be of service to others—to be a part of this process is deeply rewarding.”