Merging the roles of academic coach and instructional technology specialist

Mostly, these changes would be implemented without much input from the teachers or building administration. In fact, the technology department and curriculum departments were often working in isolation from each other. 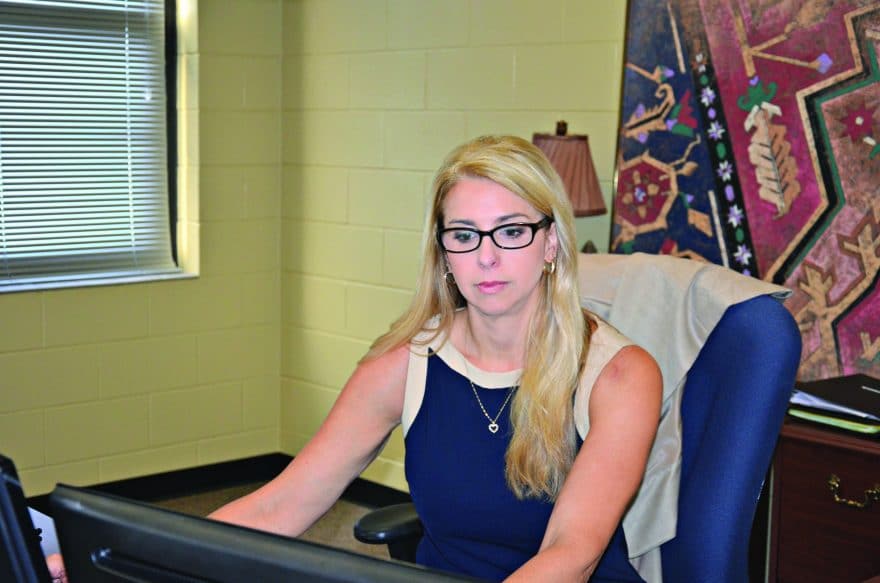 But no more. In the 2016-2017 school year, Colquitt is trying something different.

“This year we are doing something very proactive in that we are changing the mindset of technology and curriculum being separate,” says Emily Nichols, technical director of instruction and information services for the Colquitt County School District. “For the first time, we have hired unique academic coaches for our schools. Their job will be half curriculum and half technology specialist.”

Like previous technology specialists, these academic coaches will be responsible for implementing and teaching new technologies to the school instructors, but they will also work with the curriculum department to decide what technologies would be most beneficial to the school district.

One of the first projects for these academic coaches is helping the school district implement a 1:1 Chromebook initiative which will result in each student having a Chromebook computer. Although still in the beginning stages, this initiative will allow students access to educational programs required by the district as well as free web-based resources.

Nichols says this initiative is just one part of a much larger goal to advance technology in the Colquitt County school district.

As technology director, she is responsible for researching and ordering the smart boards, computers, tablets and visual presenters for each classroom. She also puts together all the paperwork for the district to qualify for the federal E-rate program, more formally known as the Schools and Libraries program, which gives schools discounts on internet and telecommunications.

With these infrastructure improvements, Nichols says Colquitt County will be able to bring in a larger array of devices and technologies for its students.

This funding will be important to the district implementing a plan that exposes students to different types of devices and operating systems throughout their education.

Through this plan, the school district wants students from pre-kindergarten to second grade to use iOS devices, such as Apple tablets. At third grade, those students will switch to Chromebook devices and Google applications. At eighth grade until high school graduation, the students will continue using Chromebooks and desktop computers, but also have access to Microsoft Office 365.

“We think it’s important that our students are career and college ready, [which means] a little exposure to all three platforms before they leave us,” says Nichols.

As Nichols and her team bring in new devices and applications, they must also instruct teachers on how to use and teach these new technologies.

“We have to teach [instructors] how to take all those traditional word documents and PowerPoints they have been using for years and years and teach them how to transfer those into interactive documents and upload them to an online platform or Learning Management System so the students can access them 24-7,” she says.

Teachers are sometimes resistant to new technologies, so one of the goals of the technology department, says Nichols, is to encourage teachers to think of “technology as a tool for instruction,” not a topic to teach.

Initially, Nichols gained her expertise through having an open mind.

After graduating with a degree in education from Florida State University in 1992, her first job was as an English teacher at a public high school in Fitzgerald, Georgia. At the time, the only computers in the school were in the business department. When the school decided to place computers in the classrooms, none of the teachers wanted them because they didn’t know how to use them.

“So they put the computers in my classroom because I was the new girl and [the administration] thought that I’d be able to figure them out,” says Nichols.

Because the school didn’t have an IT department, Nichols had to teach herself everything from basic computer maintenance to developing applications. “From that point forward I became the resident expert on computers and that began my pathway into technology,” Nichols says.

In 1996, she attended Valdosta State University for her masters in instructional technology. During that time, she learned how to budget and plan a school’s technology department and, more importantly, how to teach adults sequential computer skills. After graduating, she and her family moved to Moultrie, Georgia, so Nichols could take up the post of online learning coordinator at the Southern Regional Technical College in 1999.

“At the time there were no online classes. I was fortunate enough to be the first one there to develop courses that students could take online,” says Nichols. Today, this online curriculum has more than 100 different courses.

Nichols stayed in that position for five years. Then, she re-entered public education, accepting her current role at Colquitt County because, in part, she had two children and working in that area would sync her schedule with her children’s.

At Colquitt, she says it has been vital to communicate her philosophy.

“What I do is try to impress upon my teachers is that nothing will take [their] place,” says Nichols. “Nothing that I do, no toy that I bring in, no technology I implement, can take the place of a good instructor.  But, if they integrate technology, they can motivate students and begin to work smarter and not harder.”