By early Friday, August 12, 2016, rain had started to hammer Baton Rouge, Louisiana. Before emergency services were even activated, Eric Romero, director of the city’s Department of Information Services, knew he was in for a very long week.

“Because we’ve been through so many emergencies, I knew I needed to pack a change of clothes—or two or three, before heading to our emergency operations center,” says Romero.

Reports have since shown the storm dumped 7.1 trillion gallons of rain on the area—more than three times the amount that fell during Hurricane Katrina. The National Weather Service called the flood a one-in-a-thousand year event.

Typically, the Department of Information Services uses technology to make the day-to-day life of residents and city officials easier. However, when disaster struck, the IS department showed it could use tech solutions, both big and small, to help the city get back on its feet.

Doing whatever it takes to help

In the early and most violent stages of flooding, the IS department helped out by taking a hands-on approach. Though there’s nothing in Romero’s job description about being a dispatcher or secretary, his first order of business was to answer phones. He says that the neighboring parish, or county, was so overwhelmed with phone calls that it began to redirect callers to Baton Rouge’s Emergency Operations Center.

“I don’t know if it’s the community, or the way our emergency services work, but we’re very adaptable in this city,” Romero says.

Romero turned to one of his IS technicians and said, “just sit down and start answering phones. Then we’ll find out who we need to give it to.”

For Romero, working as a city official is about first performing whatever task is most needed, whether or not it directly involves his department.

Romero and his colleagues found an unexpected tech solution to the problem of overloaded phone lines—each time he answered a phone, Romero would write the message down by hand, then give it to a colleague who would take a picture of the message with his cellphone and text it to the cellphone of an official in the neighboring parish.

Romero says it wasn’t just him or his department that overcame the obstacles; all branches of the city and state government were involved.

“I don’t know if it’s the community, or the way our emergency services work, but we’re very adaptable in this city,” Romero says.

Once the phone lines were brought under control, the IS department set to work using some of its latest technologies and initiatives to create a comprehensive map of the flood’s effects. Geographic Information System (GIS) is a division within IS that uses data collected by the city to map things like traffic and crime patterns, among many other data sets.

Before the flood, the IS department and GIS division created smartphone applications with city data that let residents do things like request building permits, purchase orders, crime data and maps of traffic patterns—all online.

One of its major pre-flood projects was updating the city’s Redstick 311 service, a mobile app that lets residents request information about city operations without calling. Once the flooding began, Romero and his colleagues used data collected through the 311 app, such as reports of sewer backups and measurements of street flooding, as well as data from 911 calls, to create a map of the estimated flood damage.

The GIS team made the map available to emergency services staff as well as the public, which helped residents to see if their families were safe, and emergency workers to prioritize high-damage neighborhoods.

For Romero, one of the most remarkable aspects of the map was how willingly residents contributed to it. 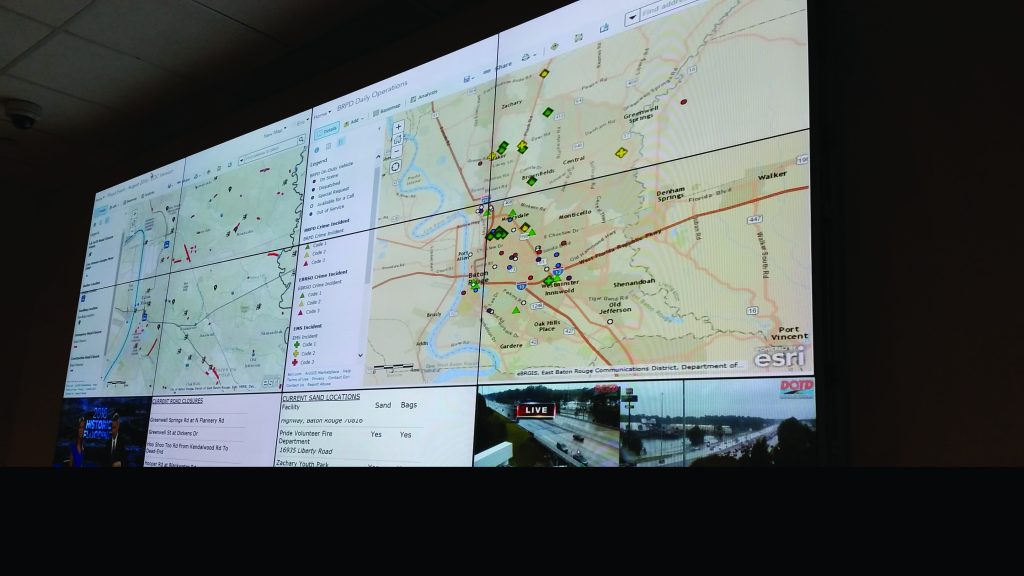 “We had so many people write in through Facebook and email pointing out areas of the map that needed to be adjusted. It was our first foray into crowdsourcing,” Romero says.

By reaching out to the city through social media, residents gave a more exact picture of the level of flooding in each neighborhood. Romero says participation was especially helpful during Baton Rouge’s flood because it was so sudden.

“What’s unique about this event is the water came up and then went down quickly. Unlike a hurricane, you can’t assess the damage of a flood by looking down from a helicopter because the water doesn’t leave much of a trace,” he says.

Once the worst of the flood had passed, the IS department mapped the locations of debris-collection trucks so that residents had advance notice of when to drag debris out onto the street to avoid clogging sidewalks or road shoulders.

For Romero, the flood is an affirmation of something he knew all along—that information services do not just improve day-to-day organization for the city government, but lay the groundwork for a more up-to-date and efficient emergency response.

Romero remembers what it was like to handle an emergency before Baton Rouge had progressive data policies that made online services feasible. In 2008, Hurricane Gustav made landfall in Louisiana and caused severe damage. Back then, the information services department had less data to work with and had to display it on paper maps that had to be printed and updated every few minutes.

“The second we printed it, it was out of date. We had old paper maps lying all over the place and nobody knew which was the most recent copy,” Romero says.

Romero plans to keep collecting data and creating maps and web applications that give users up-to-date information on their city. However, he also wants to improve the software used by all city offices. 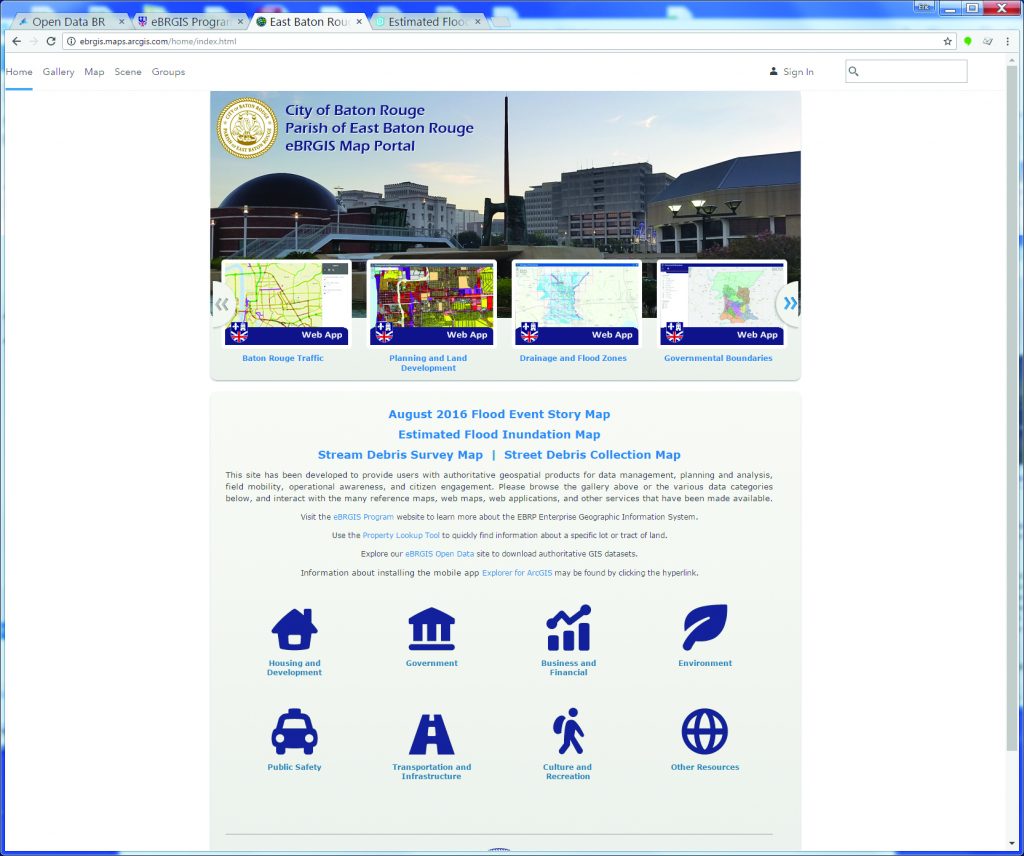 Romero says the city’s current financial and human resource software is 20 years old and out of date, making it hard to track paperwork like contracts and purchase orders as they progress through the city’s purchasing and legal departments and finally, the mayor’s office. The city recently bought an enterprise resource planning (ERP) system to replace these outdated systems.

“Currently I have to call three different places in order to locate a contract,” Romero says. With the new ERP system, he will be able to track contracts and requests, all from his computer.

These advances don’t just help administrators and office clerks with their daily work. As Baton Rouge recovers from the flood, it has to send reports to FEMA, detailing the cost of damages and the cost of labor to fix them. With the new ERP system, Romero says it will be much easier to find and send accurate reports and, as a result, receive more assistance from the federal government.

“This is a totally new way for us to have access to data and use it. It’s just going to be so much easier for us to do our work and provide better services to the public.”