Bringing students into the future by building connections

The future of higher education closely follows the appropriate and efficient application of technology. In a world more connected than ever, universities are taxed with offering students systems and networks that support academic success. An ongoing struggle is finding the money to keep pace with changes in technology. At Colorado State University (CSU) – Pueblo in Pueblo, Colorado, Erich Matola combines his professional network, the academic community and user-experience-oriented efficiency to strike a balance between budgets and the needs of users.

With more than 15 years of experience in a technology leadership position, Matola serves as the university’s chief information officer. He oversees a department of approximately 25 people. Together, CSU-Pueblo’s information technology (IT) staff provides administration, oversight and resolution of issues related to all school-owned hardware and software on campus. That includes networks, telecommunications, data storage and related interfaces — from installation to decommission and any necessary service and support throughout. 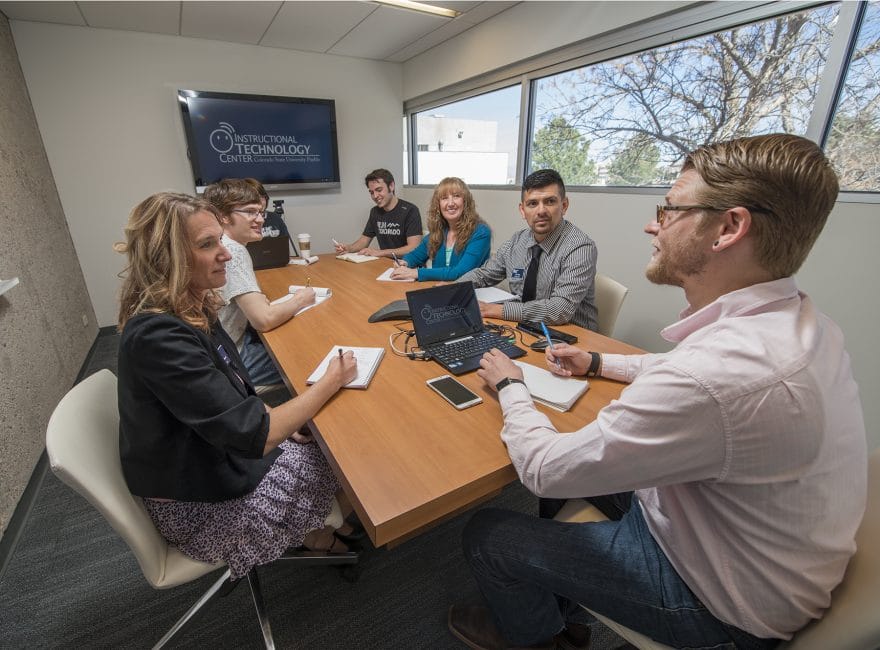 When Matola took the job in October 2012, the school’s IT infrastructure could be generously described as behind the times — though he wasn’t walking in blind to the issues. “Before I was hired, they let me know things were in disarray,” he explains. “That awareness was there — an interim CIO had been keeping the ship afloat and I was knowingly brought in to rectify a lot of things that hadn’t been taken care of.”

Campus leadership proved supportive, aware of the department’s capacity and budget limitations. They entrusted Matola with prioritizing fixes and finding creative solutions to compounding inefficiencies. A recent third-party analysis outlined many of the program’s shortcomings, helping to create an outline for the work ahead.

When he first came on the scene, collapsing drives and inadequate storage topped Matola’s to-fix list, along with connectivity and network issues. These, compounded with a meager maintenance budget, set him up for quite a challenge. With the assistance of his team, school leadership and IT industry partnerships, his progress has been stunning, bringing a campus from 10 years behind to future-proof within only a few years.

Bulking up storage with help from Dell

When it came to improving the school’s storage capacity and updating systems to support a range of necessary operational services, Matola knew immediately that the budget would be the greatest hurdle to achieving these updates. “I had to aggressively look for opportunities,” he explains.

Because of his experience with Dell, he was familiar with the computer giant’s loan program and knew the brand was looking to break into the Colorado higher education market where Hewlett-Packard Co. (HP) had a regional stronghold.

“I called Dell looking for a deal,” Matola recounts. “I said, ‘Give me the deal of the century and we’ll talk.’ They knew they had the opportunity to get our business from HP and they could use us to create an anchor in the territory. So we got the loan to buy our storage system. Of course buying the system doesn’t fix everything — to get things going, we added Dell’s Compellent storage area network system that they had just purchased.”

After installing, troubleshooting and fine-tuning the school’s new storage with only a few minor blips in progress, Matola moved right along to the next items on the to-fix list. New servers, firewall and backup disk system followed, made possible by another loan from Dell — at 0 percent financing—as well as a deep educational discount on hardware.

With higher education programs requiring students to be more connected than ever, bandwidth is a major concern for any institution. When Matola took the helm at CSU Pueblo, the school was sharing a single-gigabyte link with sister schools, CSU Fort Collins and University of Colorado at Colorado Springs.

“You can’t do anything with one gig nowadays, it’s a joke — and we didn’t even have that,” Matola notes with humor. “There were constant problems with slow connectivity, system overloading, even within that we found issues up north they hadn’t optimized.”

Once Matola and his team had mitigated existing issues, they added throughput and CSU’s network specialist started working on a long-term solution. The final solution is still a shared link, but CSU Pueblo splits a 10-gig connection with its sister schools, exponentially increasing connectivity while still enjoying a significant cost savings.

On campus, this increased bandwidth has been spread out to improve connectivity in the school’s numerous buildings and facilities. Additional data centers, connectivity points and other hardware and software have made it easier than ever for students, faculty, staff and administrators to get connected.

One of the school’s most significant partners in connectivity is Extreme Networks. “We work with them for edge and distributor switches and core switching between buildings,” says Matola. “We use their wireless as well: it’s really what the students live and die by with handheld devices; faculty uses it too. Students have them in residence halls and use them all over campus. We’re getting everything to 811 ac, the latest technology.”

Up until 2014, state funding came into Colorado state schools as a lump sum for all maintenance and improvement projects. Typically, these funds are sufficient for general upkeep and the occasional expansion project, but with the rising cost of technology — particularly for schools that were behind the curve — the money didn’t go far enough to keep students in step digitally.

“They made funding available for technological improvements two years ago and we were one of the first schools to do it,” says Matola. “We worked with our facilities head, Craig Cason, and our network guy, with the support of the CSU Pueblo’s chief financial officer and president. We got it through the joint technology committee, then the budget committee and we ended up with $1.86 million. This allowed us to fund the Extreme switches for all buildings, our initial wireless infrastructure and then the last half of it went to a new data center, which required additional funding for completion.”

CSU Pueblo currently has construction underway for the new data center and another round of funding is slated to cover the rest as well as additional upgrades. In fall 2016, work will begin on a total refresh of all classroom technology and a major hardening of the campus data network. “Our work is never finished,” says Matola.

With each of the upcoming projects, CSU Pueblo’s IT department has one goal in its crosshairs: improved user experience. Matola and his colleagues are constantly looking for feedback from student, faculty and staff users in order to continue improving technology on campus. Matola enjoys his work and plans to continue to improve user experience while attracting students to Colorado State University – Pueblo.