Connecticut is one of the nation’s richest states based on per-capita income, but that wealth is not distributed evenly across its school districts. While cities such as Hartford and Stamford spent $19,300 and $17,400 respectively per pupil, the comparably-sized Bridgeport Public Schools (BPS) has had to make do with less than $14,000.

This modest budget presents challenges for the district’s students, teachers and staff, who must make the most of their scant resources as they work to meet academic performance goals. In his role as chief technology officer, Erik Haakonsen is working to ensure that the district never feels hampered or technologically left behind due to a lack of funds. 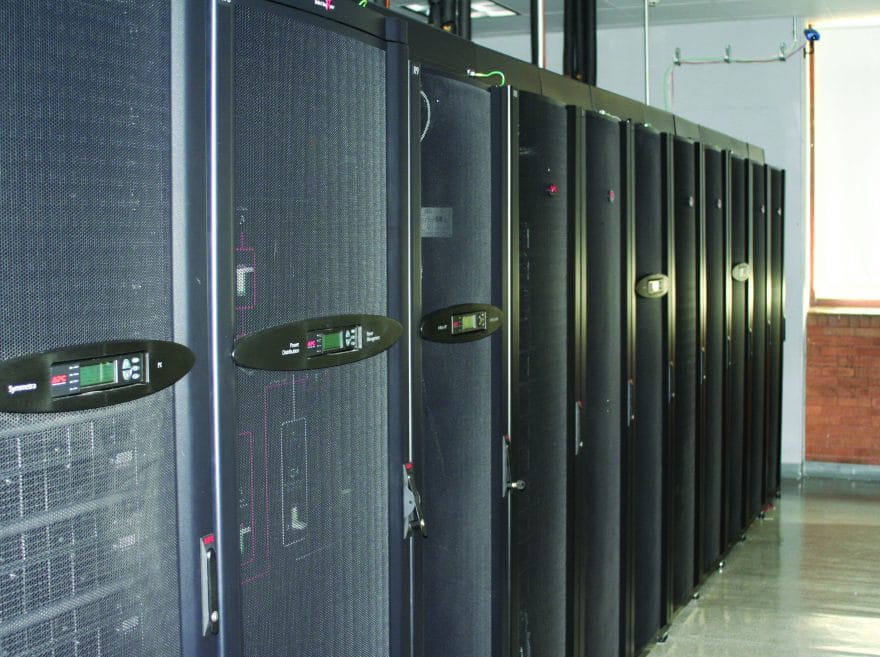 Coming to BPS after a stint as the director of technology at Weston Public Schools — one of the states’ most well-funded school districts — Haakonsen has seen both sides of the academic funding dichotomy. “I started at Bridgeport because I felt that I could make a difference,” says Haakonsen.

Today, in his role at the helm of BPS’s information technology department, Haakonsen is working to apply the lessons he has learned throughout his career to a school district striving to get the most value out of every dollar.

Having transformed Weston’s IT infrastructure over his seven years with the district, Haakonsen was eager to apply his unique skillset to a district where a lack of funding required a unique, cost-saving approach.

“We are committed to providing good resources at reduced costs while increasing our accessibility to rigorous curriculum,” says Haakonsen. “The most important part of technology is that it needs to support the instructional model.”

Haakonsen’s arrival marked a turning point for BPS’s IT department, as the CTO used his experience to reduce a $22 million infrastructure upgrade bid down to $3.9 million by breaking down the project into smaller jobs and soliciting bids from a number of specialized vendors “who were able to bring more value to the District,” he says.

“We strategically consider vendors based on the Gartner’s chart to determine what vendors were visionaries and leaders. We research the vendor’s equipment being offered and find many vendors do not recommend the correct equipment to the district because they aren’t concerned with the budget,” he says.

By thoroughly vetting vendors, Haakonsen has been able to pare down what was once a massive list to a more manageable database of experienced partners with a proven track record. “I worked hard to bring in vendors who have a vested interest in Bridgeport School District,” Haakonsen says.

Haakonsen was also able to maximize the district’s existing resources when it came time to upgrade the district to 10 gigabit ethernet. The project required the district to replace 550 switches in 38 facilities which is a time-consuming project that could not be performed during normal school hours. Haakonsen worked with the facilities department, the schools, and the vendor to prep closet cutovers at 1 p.m., take the closet down right after school, have the switches replaces, new patch cables installed, and systems back up before the custodial team left at 11 p.m.

A morning team arrived 30 minutes prior to the start of school the next morning to confirm all was operational.  The project took three months, but there was no overtime or weekend work which significantly reduced the cost of installation and allowed the project to be completed prior to the end of the school year so all systems in all schools were operational going into the summer.

In the past, such projects meant bringing in custodial teams on nights and weekends to perform the switch-outs, a costly process in terms of overtime pay.

“Instead, we went right after school and swapped out an IDF closet or two a night. We were able to do that within normal working hours for the custodial team, so we didn’t have to pay for overtime and all the switches were in place for the start of the summer so we could start on other projects,” he says. Using this process, Haakonsen and the IT team were able to replace IDFs in 38 schools in only three months.

With more than 21,500 students and 4,400 employees spread across 38 schools, BPS is Connecticut’s third-largest school district. In his role as CTO, Haakonsen manages an IT staff of 13, operating under a budget of just $1.1 million.

Since joining BPS in 2015, Haakonsen has put an emphasis on reinforcing the district’s IT infrastructure. When he first arrived, BSD offered a 1 gigabyte internet connection, a figure that has since been boosted to 10 gigabytes with plans to boost to 12 by the time students arrive for the fall semester.

The district currently boasts nearly a 2-to-1 student-to-device ration, a number that Haakonsen hopes to improve upon with the expansion of BPS’s bring your own device (BYOD) initiative.

“We have 40,000 to 60,000 BYOD mobile devices hitting the network every day, including adult education programs and some others that overlap in the community,” he says. “We are in the process of adding 1400 additional access points so we have coverage in all instructional spaces across the District.”

Building for the future

BPS is currently undertaking a major building effort that will see three new schools open in a four-year period, including a new K-8 school, high school and magnet academy. These projects represent an exciting opportunity for Haakonsen to integrate his technological goals into the very framework of the buildings, lending his IT expertise to the design process.

“One thing we’ve been doing as we look at the initial and electrical drawings is putting more emphasis on the mobile environment. We had networks and electrical drops in the back of classrooms to support four to eight dedicated desktops, but we’ve been removing a lot of excess cabling recently and going with laptops and Chromebooks. Pulling out 600 to 800 network drops has saved us a lot of money,” he says.

As Haakonsen settles into his role with BPS, he is looking to increase student’s ability to connect to the internet regardless of their proximity to campus.

Working with a local internet provider, Haakonsen and the BPS IT team hope to bring wireless internet to public housing and municipal buildings across the city, leveling the playing field for those students who might not have reliable internet access at home. “We’re in discussions with some groups right now to provide internet to students at home, but we’ve also already started to roll out Wi-Fi support from a cellular provider for about 3,000 of our devices,” he says.

Looking toward the future, there are a number of exciting technology initiatives on the horizon, including a large virtualization project with a major hardware manufacturer which will allow 5,000 concurrent users to access BPS’ online resources from any internet-connected device and an effort between the school system and city that will increase both the security systems as well as number of security cameras on school campuses.

With an ability to identify and enact cost-saving processes to meet the district’s IT needs, Erik Haakonsen, chief technology officer at Bridgeport Public Schools, will help prepare students, faculty and staff for success in their educational pursuits and professional lives.