IT takes a team: coping with COVID in Michigan schools

There may not be many school districts making their data centers a point of pride, but at Traverse City Area Public Schools in Michigan, it’s become a can’t-miss attraction. 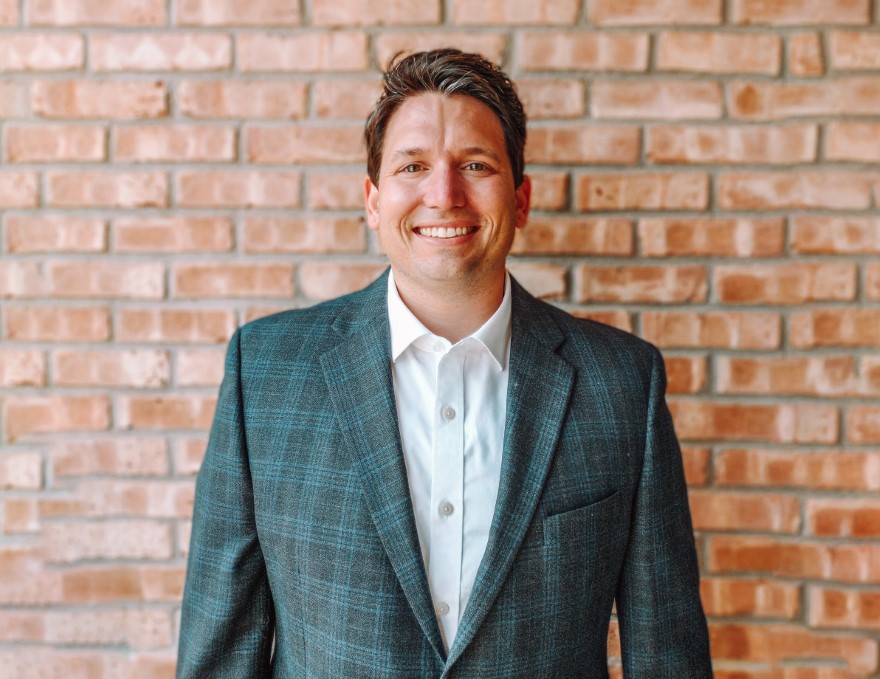 Packed into what was once the gym at a former elementary school, the servers and tech stacks—which local businesses and organizations co-locate with the school district—are the heart of educational innovation and progress at TCAPS, says Director of Technology Evan OBranovic.

“It operates in the background, as it should, but a ton of work goes into that to keep things up and running,” he says. “So we like people to get the shock and awe of seeing all the great things that are happening inside the data center and throughout the district.”

While the data center is closed to visitors during the coronavirus pandemic, it’s also a huge part of why TCAPS made a nearly seamless shift to e-learning—even as OBranovic was just getting his feet wet leading the IT department.

Located in the northwest of Michigan’s Lower Peninsula, close to the shore of Lake Michigan, Traverse City’s public school district—which will celebrate its 150th anniversary in 2021—consists of 11 elementary schools, two middle schools and two high schools, as well as an alternative high school, a Montessori school and pre-K programs. 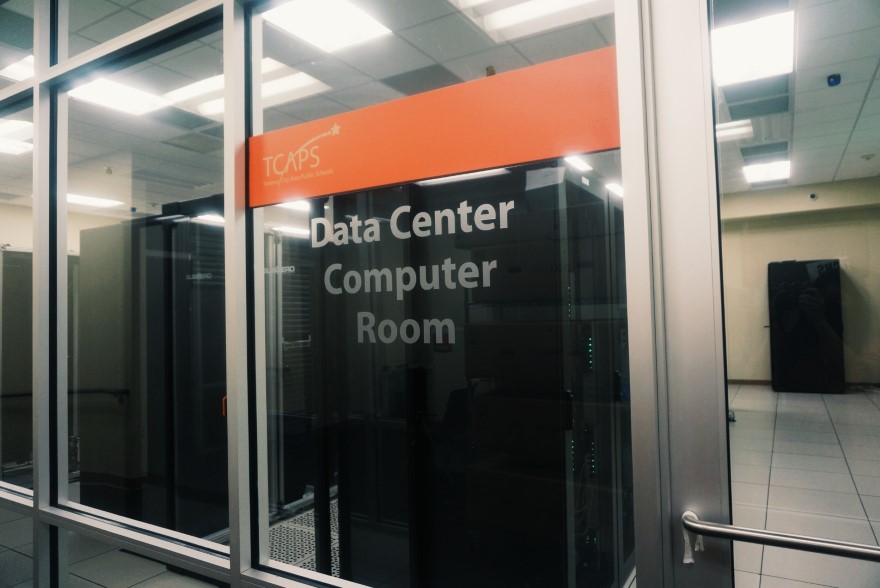 TCAPS serves about 10,000 students and has had a 1:1 device program since the 2010-2011 school year; nine years before OBranovic’s arrival. Chromebooks are provided to every student, with those in grades 6-12 allowed to take them home, while students in grades 3-5 use them in class. From K-2, the ratio is one Chromebook for every two students (also used in class). That’s being re-evaluated because of COVID-19, OBranovic says.

Going back to the days when the words “pandemic” and “remote learning” were less in vogue, OBranovic began 2020 knowing TCAPS had a solid tech foundation that could be bolstered with new “short-throw” classroom projectors that enable wireless links to the HP 1040 G6 touch screen laptops used by teachers, allowing faculty to move around the class as they taught.

Also in his plans was adding a new learning resource management software system to enable increased student participation and immersion. No choice had been made when COVID-19 turned everything on its head in mid-March, but OBranovic says it will be useful whether in-person classroom learning returns in the fall or a hybrid model is still in place.

“It was a hectic, terrifying and interesting few weeks as the executive orders and announcements were made,” OBranovic recalls.

G Suite for Education, Google Classroom and Google Meets platforms were in place to deliver content, and with so many district students already taking Chromebooks home, OBranovic and his team began by freeing up classroom devices and chargers for students in lower grades to take home on a per-request basis. 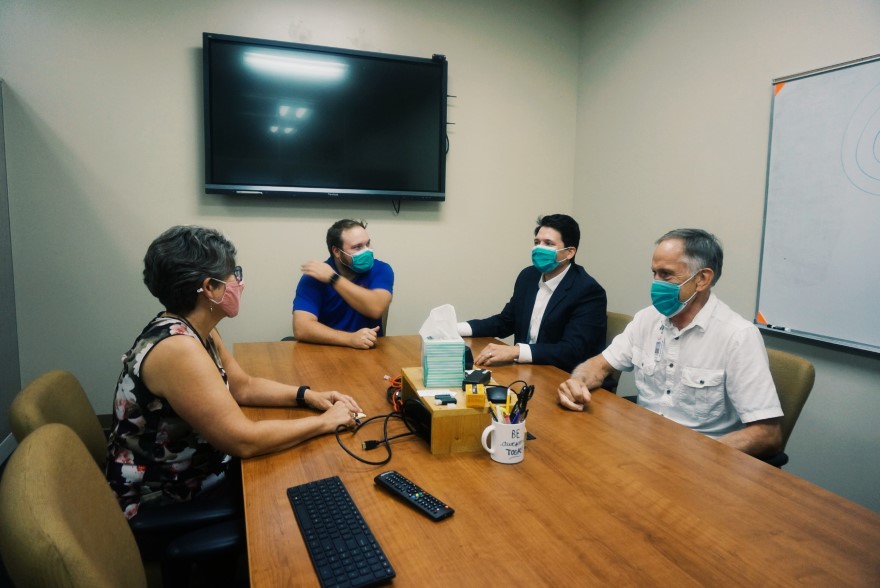 The first query from parents brought 300 requests in 30 minutes, he recalls, and the data center also became the device pickup site.

That was just when schools were expected to be closed for a month. When the closure order was extended, the IT team distributed another 2,000 devices. Even now, months later, it continues to offer them as needed, OBranovic says.

So much to consider

Devices are abundant; internet service, not always so much, OBranovic adds. At his department’s best estimate, about 15 percent of TCAPS households did not have high-speed internet, so the district helped connect families to providers offering free high-speed service, bought and distributed hot spots and is now looking at sending its own Wi-Fi signals in a point to point fashion. 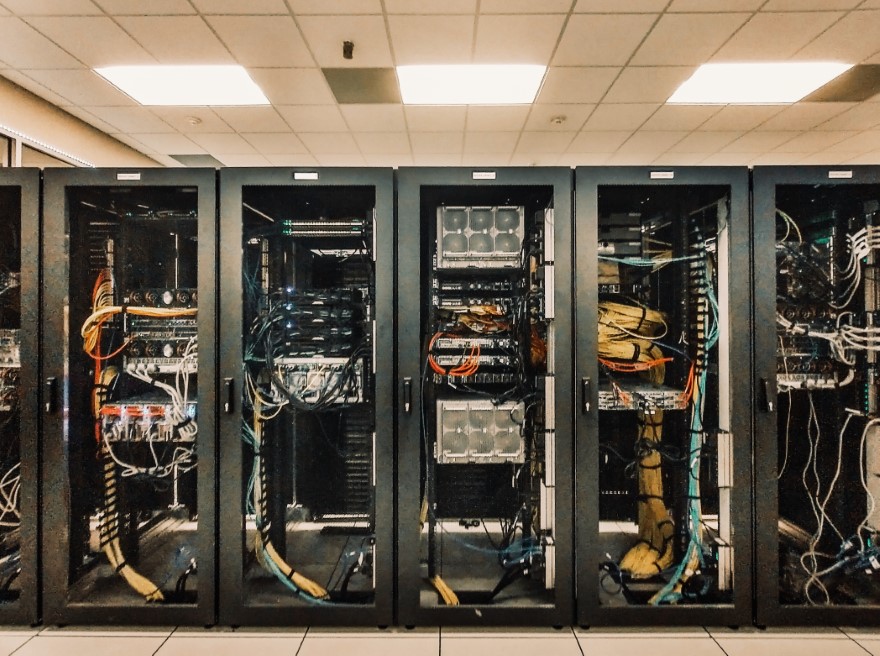 With less than a year of experience under his belt and new to a district far larger than the one he left, OBranovic could have been overwhelmed by all the tasks at hand. That he’s managed to keep up is a testament to his team, he says. As TCAPS shifted to e-learning, if there was something OBranovic hadn’t considered, someone was always there with a potential solution.

“It brought to light how great my team is and how they can address all the shortcomings I’m not thinking of,” he says.

Those were hectic and scary days, and it still hasn’t been determined how classes will be conducted this fall, but OBranovic and his department have earned much better than a passing grade in their responses.

“It was a little bumpy and a scramble but put us in a position where we will not be excited to go through a similar situation, but we’re ready for it,” OBranovic says.

Hailing from Novi, a city about 30 miles west of Detroit, OBranovic was always interested in a career in education—though he expected he might have to leave Michigan to pursue it.

He earned his bachelor’s in elementary education and a Master of Arts in Educational Technology from Michigan State University in 2007 and 2013, respectively. 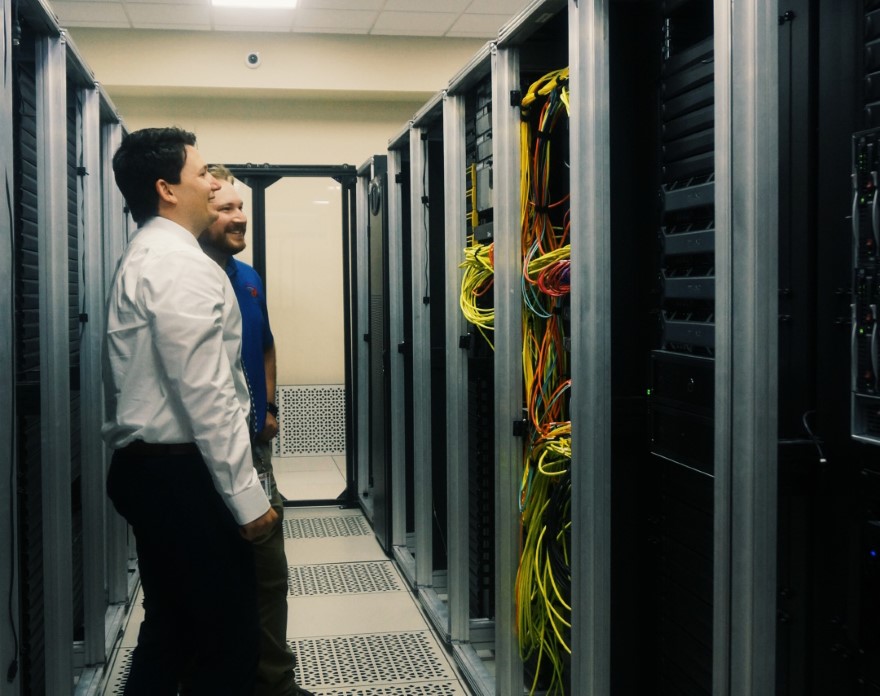 While earning his M.A., OBranovic was teaching fourth grade in Aspen, Colorado.

“I’ve always looked at the ‘why’ of things,” he says. “I’ve always had a knack for technology and have wanted to do more with it.”

That knack led him to become the technology integration specialist for Aspen schools in 2014, but with a growing family, he and his wife wanted to return to Michigan.

Traverse City may not offer Rocky Mountain vistas, but there’s no lack of outdoor activities to keep OBranovic and his family active. Since returning to Michigan, the family has added fly fishing, camping and hiking to the snowboarding and mountain biking they already enjoy. 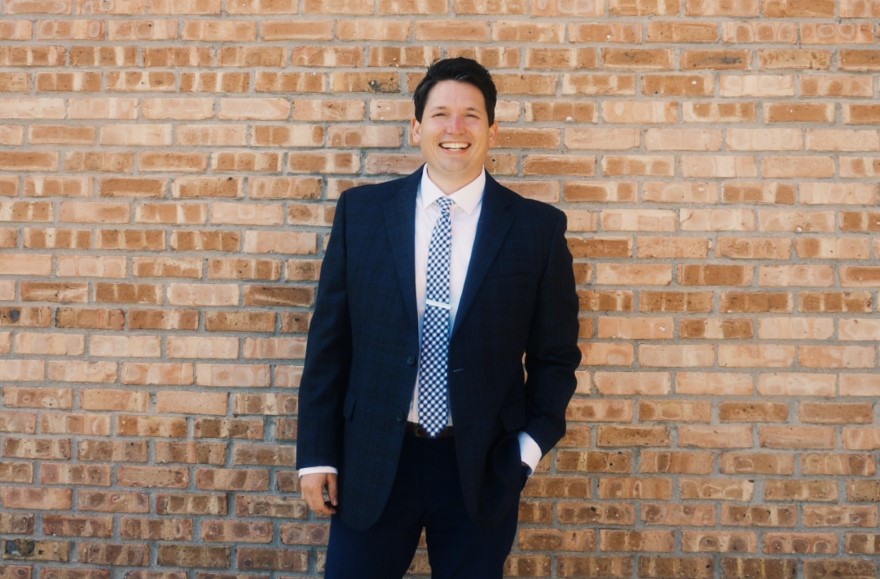 The move to Traverse City brought OBranovic to a much larger school district, but the reputation of its IT approach and team are well earned, he says.

“After talking with everyone in Traverse City, it was really an easy choice, even if leaving Colorado was not,” he recalls. “I was hugely impressed at what the tech department was doing and how everyone handled their different roles.”

That, and a massive data center in a onetime elementary school gym. 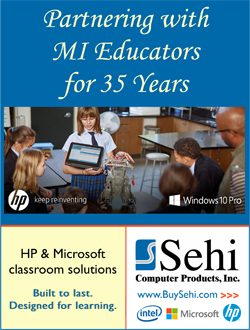