It’s safe to say very few tech leaders have worked in PR at a Pakistani hospital that treated victims of leprosy. But Feroz Merchhiya says it was an invaluable experience in his professional development—and a humbling one at that.

“My journey is not a typical journey for someone who ended up in technology,” says Feroz Merchhiya.

Now the CIO for Glendale, Arizona, a city of 250,290 just outside Phoenix, Merchhiya was recruited to join its municipal government. Specifically, to advance technology initiatives that will help make it a “smart city.” That includes using data to better manage resources and bolster operations in the city. 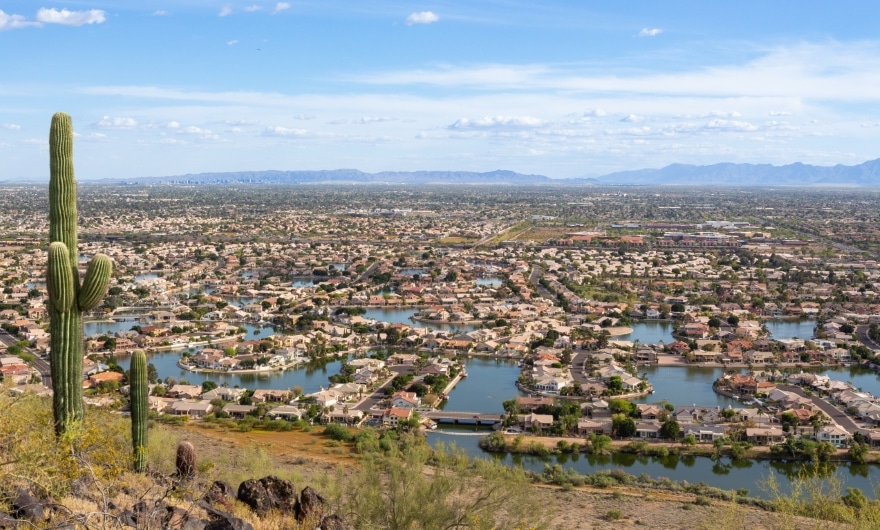 He’s done so by bringing Glendale’s Innovation & Technology Department together with other municipal departments, with the goal of assessing individual needs to determine how technology can improve the lives of residents.

Merchhiya and his team are also creating a dashboard enabling the city’s police to answer citizen’s questions about call responses quickly and effectively.

His efforts have made him a finalist for the Oracle Markie Futurist Award for Perseverance in Customer Support Challenges, which will be announced in October. However, Merchhiya says he’s scratching the surface of the possibilities technology can provide.

“In my opinion, a smart city is how you leverage technology to deliver services to the citizens in a most efficient and effective manner that improves the lives of the citizens,” Merchhiya says. “I have a phenomenal team behind me and we’re rolling out this strategic tech roadmap and vision for the city.”

Recruited by City Manager Kevin Phelps to execute the vision for a smart city, one of Merchhiya’s first steps was organizing a one-day 2021 tech summit at the Glendale Civic Center. Themes for the event included modernizing the city’s technology ecosystem and harnessing data use throughout municipal departments. Another theme was creating adaptive strategies to address the COVID-19 pandemic and cybersecurity.

As he had on so many projects throughout his career, Merchhiya relied on the principals of collaboration and education.

“‘Learn, teach, learn’ is a principal part of my makeup,” he says. “I believe a continuous learning and improvement environment is critical to today’s rapidly changing technology landscape.”

One thing Merchhiya learned was that the city’s use of data was more fragmented than it needed to be. To improve the use of data, he envisions a multi-cloud data platform that addresses needs of all the city’s departments. 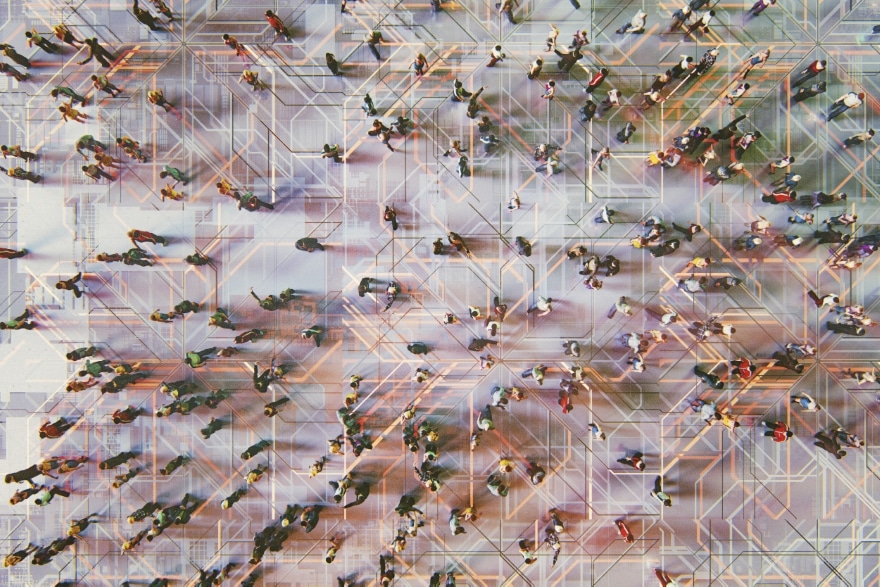 For instance, Merchhiya says the platform could help HR with workforce planning and “hiring decision-making without bias.” It could enable the city’s finance department to centralize, combine and analyze financial and operational data throughout municipal departments. The platform could also provide analytics on collecting and disposing solid waste costs, including labor.

To ensure Glendale fully recoups state sales taxes, which the state of Arizona shares with municipalities, Merchhiya and his team have worked with the city finance department to develop AZ Tax Central.

It’s a software as a service application that connects to reports and data provided by the Arizona Department of Revenue, and it enables searches including by business names, addresses and license numbers—from single local businesses to statewide locations.

AZ Tax Central reduces research times from an hour or more to five minutes or fewer—and it’s been sold to 10 other Arizona municipalities, Merchhiya says.

Analytics on the street

As Glendale upgraded its public-safety technology, including adding sensors in 2020 that detect gunshots and triangulate where they were fired, Merchhiya and his team have also worked to provide better information about police calls—and to do it more quickly.

He says police respond to an average of 21,000 events per month, which translates to 21 million data points. Through computer-aided dispatch and automatic vehicle location technology (known as CAD/AVL), information from a response can be automatically relayed to the police dispatchers. 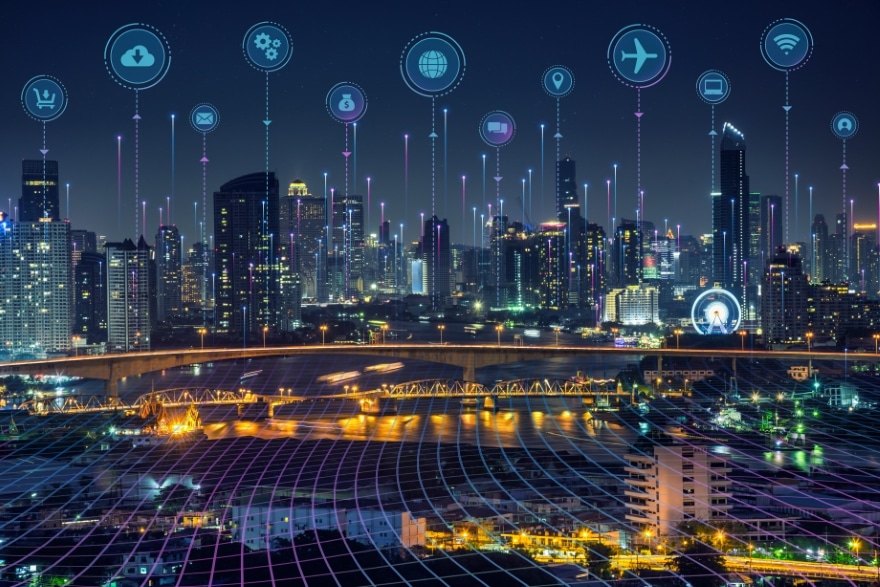 The dashboard enables police to instantly provide information on calls and responses when asked by citizens. A collaboration with the Arizona State University Cloud Innovation Center uses that data, as well as analytics and artificial intelligence, to help Glendale police optimize its 24 beat patrols.

The ASU Smart City Cloud Innovation Center (powered by Amazon Web Services) provided a prototype to the Glendale Police—as well as Merchhiya’s Innovation and Technology department—to build what’s called SmartBeats, which will be launched in the near future.

Merchhiya expected to go into medicine, earning his bachelor’s degree from Karachi University in Pakistan in microbiology. A year after earning it, however, he became a public relations manager for the Marie Adelaide Leprosy Centre in Karachi. That’s where he also found a role model and source of inspiration, Ruth Pfau.

Pfau, a native of Germany who was a nun and doctor, had worked with leprosy patients since the early 1960s, even driving to Afghanistan to bring them back to Karachi for care.

“That’s immensely powerful,” Merchhiya says. “When I look at a new job or opportunity, I think about how it will make a difference in somebody’s life. Can it save time, money and headaches?”

Merchhiya came to the U.S. to study for his MBA at National University in San Diego. He began his tech career as a principal consultant for Oracle, then QuickPivot while advising clients on setting up customer relationship management systems. 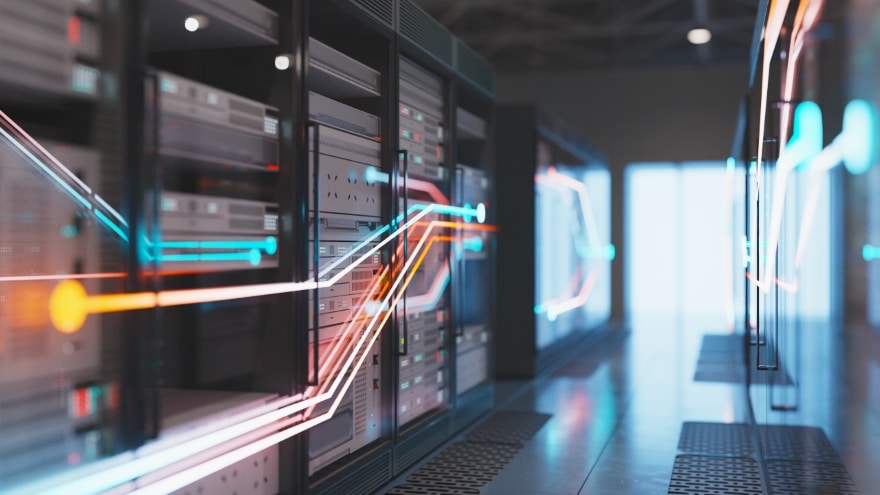 He also taught courses in technology and e-commerce and founded a company, Art & Technologies Inc., in Los Angeles.

In addition, Merchhiya served as chief technology officer and director of technology for the California Insurance Guarantee Association, the largest organization of its kind in the country. Serving more than 39 million residents, the agency assumes obligations to pay benefits when its member insurers become insolvent.

Before working for Glendale’s city government, Merchhiya worked as a consultant for IT governance and cybersecurity for the Los Angeles County Metropolitan Transportation Authority from January 2019 to August 2020.

Just as his work with Glendale’s public safety IT precedes the 2023 Super Bowl, Merchhiya’s work with the L.A. Metro helped the agency prepare for both the 2026 World Cup soccer matches and the 2028 Olympics.

“Glendale appeals to me because I’m driven by a challenge ahead of me,” Merchhiya says. “It’s a place rife with opportunities to do something that makes a difference in people’s lives.” 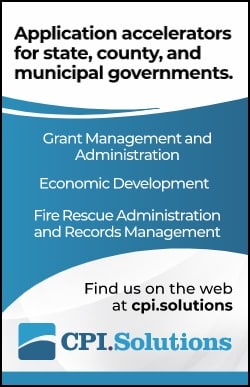 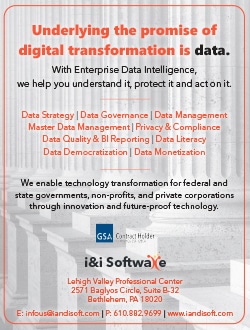