Frank Elston isn’t a family therapist but has the greatest empathy for them. They’re the frontliners assisting at-risk children, and his mission is aiding their cause. That he pursues from behind the scenes at Health Connect America, a private agency that now contracts with government agencies in five southern states to provide personalized services to those most in need.

“The therapists are my customers and I have to make it as easy as possible for them to treat the kids,” the congenial vice president of information technology tells Toggle in November from agency headquarters in Franklin, Tennessee. “Ninety percent of those kids have been in bad situations—victims of neglect or abuse or having been raised in a drug-using household. We’ve got to make their [the therapists’] jobs as easy as possible.” 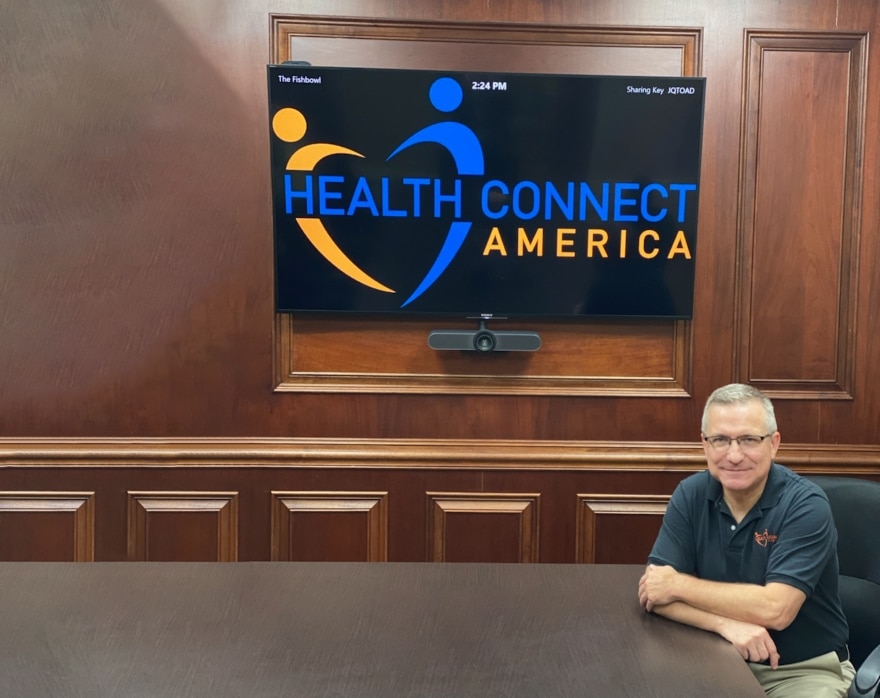 He and his team have been doing that through technological upgrades that include migrating all data into the cloud. In addition to distributing risk across multiple SaaS services, Microsoft 365 and AzureAD have provided robust management and monitoring of their identity services.

Elston acknowledges it’s well worth a substantial investment that could save the agency considerable money and headaches in the long run. Already it’s proven popular with his primary customers whom, of course, are the therapists.

“They shouldn’t need to worry about ransomware,” he says. “Let them concentrate on what they do best.”

If there’s a common denominator among therapists, Elston says it’s their inclination to assume good intentions, which can be exploited online.

Thus, his focus on data security. Elston’s team implemented Azure Information Protection and Advanced Threat Protection in addition to tutorials that he says have stopped between 18,000 and 20,000 phishing attempts per quarter. He constantly reminds staffers to be cognizant about suspicious emails and scam robocalls that, when answered, open the recipient to further attempts.

“Microsoft won’t be calling you and saying you’ve been locked out of your account,” he advises. “It all comes down to training the staff to be diligent and to assume fewer good intentions.”

It’s a message he expects to be reinforcing as Health Connect America expands its footprint. Now active in Tennessee, Virginia, Georgia, Alabama and Mississippi, the agency will be taking on clients in Florida, Kentucky and North Carolina, with South Carolina likely to follow. Its growth has come through acquisitions of other social service entities as well as what Elston calls its reputation for reliability that has government agencies calling. 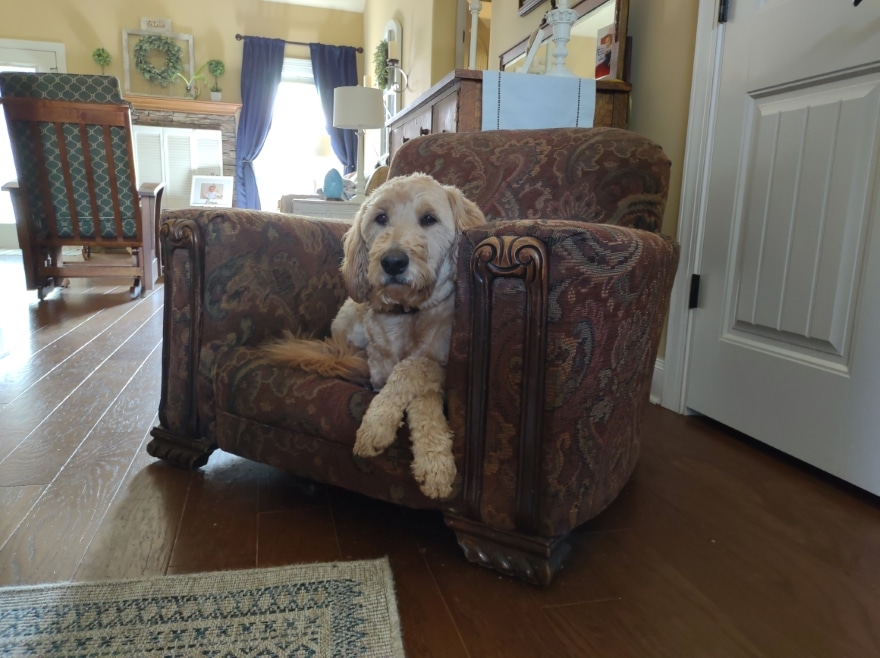 For that, IT gets due credit, Elston’s department enabling a telehealth transition from 10 percent of clientele to 45 percent during COVID-19. Around 95 percent of corporate and non-essential personnel have worked remotely with minimal disruption to operations. Many internet providers offering up to 60 days of free online service, the agency’s website has made it easy for users to contact one.

“While a lot of companies weren’t seeing patients during COVID, we were there for them,” he says. “Business has been very good—we’ve been getting more referrals and are staffing up.”

Now in charge of an IT department of 10, Elston might be doubling it by early 2022. Smaller agencies hard-pressed to comply with evolving regulations and secure affordable cybersecurity insurance, he says they’ve much incentive to go under Health Connect America’s umbrella. While it’s always a challenge to merge IT departments, Elston has been on all sides of the situation.

The longest stint of his career was 16 years in IT capacities with Providence Service Corp., another social service provider that contracts with governments. At times the company was either an acquirer or acquiree, with Elston among those sorting out the details.

Then came a two-year stretch as IT support center manager at American HomePatient Inc., one of the largest home healthcare providers and the based in Brentwood, Tennessee. When that company was acquired in 2016 by Lincare Holdings Inc., a respiratory care giant headquartered in Clearwater, Florida, Elston passed up the opportunity to go farther south. Health Connect America President and CEO Kristi Shain having known Elston since their years in prior positions at Providence Service Corp., she reached out to him for an overdue IT upgrade.

“When I came on board, it was about 30 offices that were being run like little franchises,” recalls Elston, a 1990 Middle Tennessee State University science graduate who’s spend his most of his professional life in healthcare IT. “There was a lot of shadow IT that didn’t work for this type of business. It was a tremendous effort to get to where we are today. It couldn’t have been done without an exceptional team, support of the CEO and the will of God.” 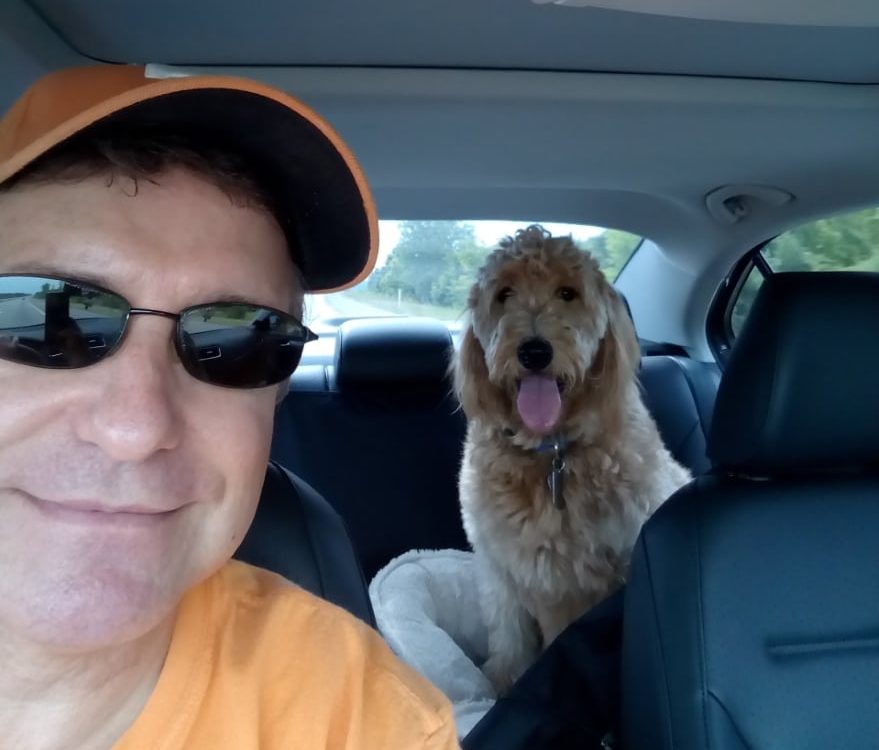 The agency has since progressed much on the IT front and in 2019 enhanced its operations by buying Electronics Recycling Solutions, a Nashville company that specializes in hiring people with autism and other disabilities. It’s an ideal fit, with Health Connect America being one of the few companies certified to recycle hard drives.

“These are young people in their 20s and 30s, and someday their parents will be gone,” he says. “You need to help them become independent on their own. We are doing our mission to help these people.”

And, Elston adds with a gentle laugh, he too has benefitted from somebody helping him.

Recently, one of his daughters learned of a neglected goldendoodle in a nearby town. Elston’s wife and their three other children keen on having a dog, they took in Samson, who at the time didn’t have the physical strength of the biblical character for whom he had been named. The poor pup weighed just 35 pounds and couldn’t walk around the block.

“We rehabbed together,” Elston says. “He gained 40 pounds and I lost 40 pounds. We run a mile and then walk a mile and a half. He keeps me fit. It’s a question of who rescued whom.” 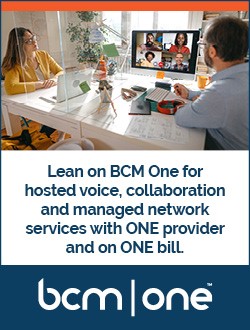