Five years after Frankie J. Jackson set out to make Cypress-Fairbanks Independent School District an IT exemplar in the Lone Star State, it might not quite be appropriate to say mission accomplished. That’s never the case when the ever-evolving matter of education is concerned.

But Cypress-Fairbanks, the third largest Texas school district, indeed continues to use the latest in educational IT to transform the way it’s preparing its students—about 116,000 in the 2017-18 academic year—for whatever awaits once they’re on their own. 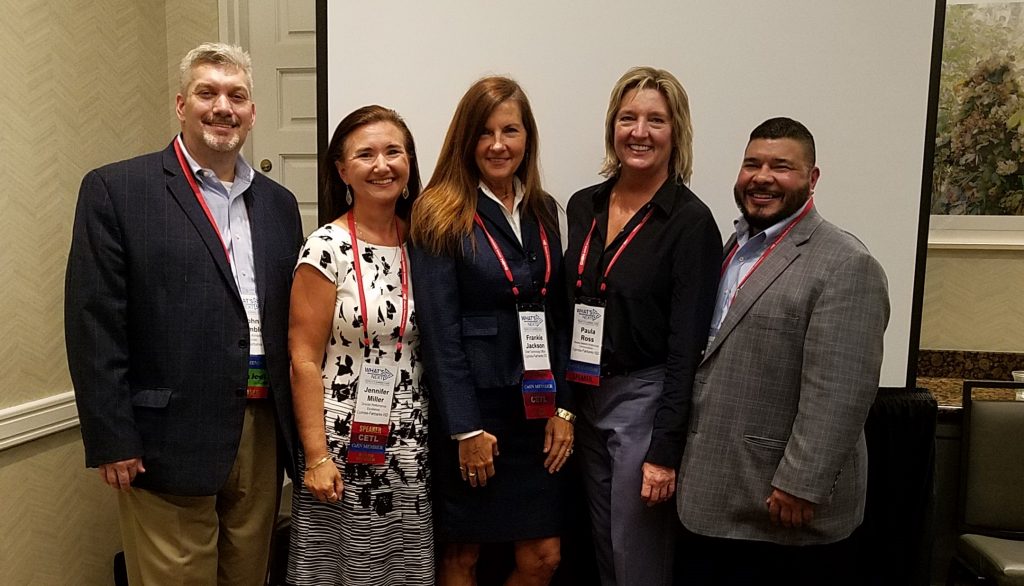 Jackson, who joined the district in 2013, is so proud of all of the district’s achievements, but she’ll be the first to share the credit.

“They didn’t need me to tell them that the infrastructure needed to be overhauled from top to bottom,” the software engineer by training tells Toggle in June, as another eventful school year draws to a close.

The district did, however, need someone well-versed in both technological and people skills to help make a convincing case for a $1.2 billion bond referendum with $128 million earmarked for the IT upgrade. Jackson helped do just that in the fall of 2013, with the measure passing in a 67 percent-plus landslide the following spring and the district known as Cy-Fair since wired to be among, if not the nation’s most progressive.

“LEAD is the vision,” the high-spirited Jackson says, in reference to the trendy educational acronym that stands for learn, empower, achieve and dream.

There would also be strategies borrowed from what’s known as the Baldrige Excellence Framework, named after a long-ago U.S. Commerce Department secretary named Malcolm Baldrige who found that high-functioning institutions, including schools, shared such common denominators as systems perspective, visionary leadership, student-centered excellence, value of personnel, organizational learning and agility, a focus on success and an eye on innovation.

That’s a lot of virtues that Jackson would  boil down to just a few broad goals, among them: Access to 24/7 learning and high-speed wireless capacity at the 100 campuses that comprise Cy-Fair, across nearly 200 square miles in Harris County just west of Houston.

Students now have access to Google Classroom, the free service that enables teachers to post lessons on a website which parents can also access. Interactive white boards and audio enhancement systems allow teachers to have as much vocal power in the seventh period as they had after the opening bell.

At the high school level, students can bring in three wireless devices that connect. Junior high students may bring in two while elementary students are limited to one.

Cy-Fair being diverse from economic and ethnic standpoints, it wasn’t necessary to place the latest gadgets in the hands of every student, but those in need are provided with the tech tools to succeed. Concern for students of lesser economic means even extended to Cy-Fair initiating a pilot program this past May, in which connectivity was extended to a mobile home village where around 150 Cy-Fair children dwell.

“We intend to level the field of learning,” Jackson assures.

That kind of leveling couldn’t have been done without a team of trusted vendors whom Jackson engaged in countless back-and-forths before giving the green light.

Layer 3 Communications, a national networks systems integrating specialist with a Houston office, did such yeoman’s work that Jackson still gets emotional while lauding its performance.

“Layer 3’s strategic partnership extends further than any would expect, performing with the mindset for doing whatever it takes to ensure customer satisfaction,” she says. “Their commitment to the project was outstanding. They, too, saw this as a way to change students’ lives by giving them the opportunity to see museums in Europe or to experience virtual vacations. The excitement they brought had us with tears in our eyes.” 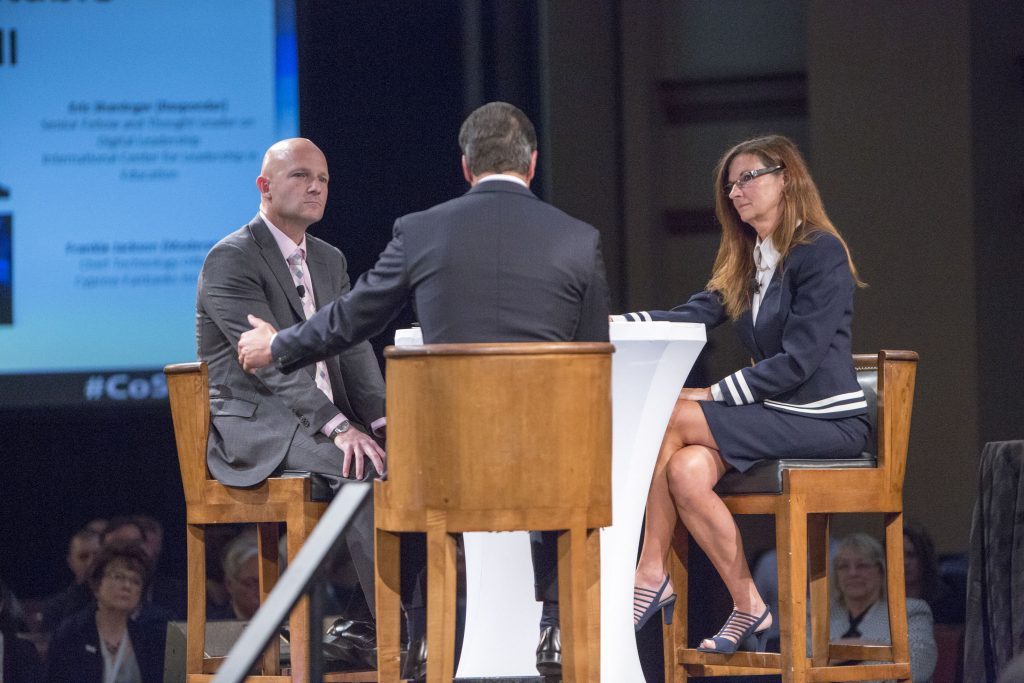 Her experience with another Houston company, PS Lightwave, has been just as positive. A telecommunications service provider, PS Lightwave has locked into a 15-year contract for aerial and underground fiber optic cable educational connectivity to three data centers, including one co-location facility.

Well-versed in serving school districts in seven counties within the Greater Houston area, PS Lightwave has a fiber optic cable network covering 5,500 linear miles and serving over 1 million students and staff. Its ability to provide high-capacity, high-reliability with resilient redundancy and to do so with GRIT (Growth, Respect, Integrity, and Trust) makes it a strategic partner for the district that spans beyond a K-12 generation.

“I have great respect for Frankie Jackson and her team at Cy-Fair ISD,” says Rhonda Cook, who founded PS Lightware in 2010.  “I consider that our relationship goes beyond considering them a customer, but as a partner. That partnership is a mutual commitment to the community that Cy-Fair ISD serves. I myself, graduated from Jersey Village High School within the Cy-Fair district and many of our PS Lightwave team members are raising their own children in the district. The relationship and the success of the district’s endeavors to benefit the students is aligned with our dedication to our communities future.”

But, as Jackson reminds, not by technology alone can any school district claim an unqualified success.

“You can have all the money and technology in the world, but when implementing a complex, state-of-the-art system, you need a blueprint and vision,” she says. “The human aspect of our leadership team is what I’m most proud of.”

Along with her 1984 Bachelor of Science in computer information systems, enhanced by a Master’s in instructional technology, both from the University of Houston, Jackson brought a unique background to Cy-Fair. Her previous duties include not just 19 years as chief technology officer with the Goose Creek Consolidated Independent School District, also in East Texas, but work on the space shuttle during a 1980s-90s stint with NASA.

She makes that last gig sound like one of her least challenging pursuits.

“An astronaut doesn’t have to go to outer space, but a child has to go to school,” Jackson says. “Everything’s running on IT infrastructure today, not just the educational part but the transportation, the food service, the building automation. We’re not here just to ensure the wireless is working. We are here to enable education with a vision to transform education by providing world-class quality K-12 technology systems.”

Thus, it’s a strategic position: technology leadership that puts a premium on skills that far transcend IT expertise. While Cy-Fair is poised for leadership in this area, Jackson knows it can’t stand still.

The state chapter of the Consortium for School Networking has a new education technology leader mentorship program in place for the next academic year. “As technology continues to evolve, the pace is faster than ever before. It will require a greater focus on professional development and a team of experienced mentors working to help one another if we are to survive and continuously improve.”

The industry has been rewarding for her. There are intangibles associated with working in K-12, to which a price can’t be affixed. High among them: Being a thought leader and sometimes hands-on molder in the transformation of education that seems to be going full throttle at Cy-Fair.