For more than 20 years, Gabriel Clivio has guided tech projects and upgrades for some major Argentinian companies. Now, he’s helping to bring automation and efficiency to Aeropuertos Argentina 2000, which oversees operations at 35 of the country’s airports.

Those changes will also be used by its parent company, Corporacion America Airports—the largest private airport manager in the world 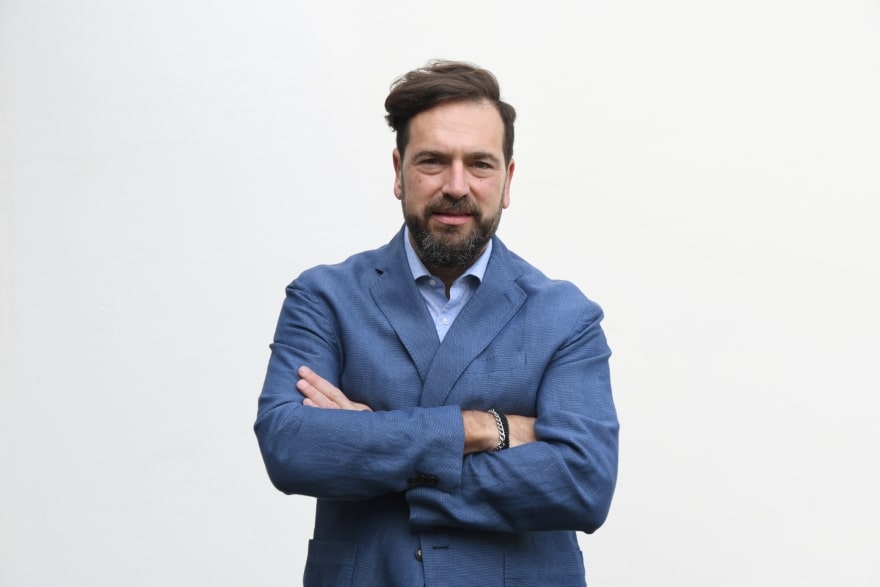 Though he manages IT and specializes in SAP platforms, Clivio says he focuses on people and processes, not just technology. In fact, he has a master’s degree in HR. As the corporate IT demand manager, he leads a team of 20 which is helping to prepare a company-wide upgrade of the current SAP enterprise resource planning system with the SAP S/4HANA cloud-based platform.

“I have a great deal of knowledge about business operations and implementing technology with a very close feel for the business needs,” Clivio says. “But I’m just as interested in applying soft skills to create good work teams. I need to ensure that the teams are motivated, understand the scope of their role and can meet demanding deadlines.”

The ERP implementation is scheduled to begin in early 2023 and could take two years to complete. The ERP will eventually be implemented throughout CAAP, which operates 18 airports located in Brazil, Ecuador, Uruguay, Italy and Armenia.

That means Clivio and his team will be coordinating the implementation with at least 30 other IT employees and end users from CAAP, with the support of external IT partners who bid on the project. 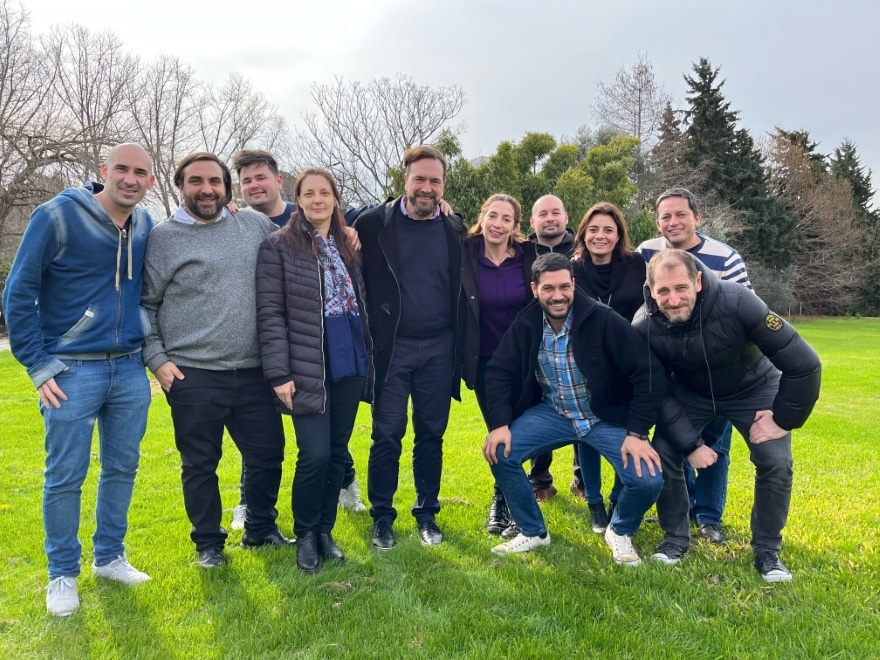 Once it’s done, however, AA2000 and the other CAAP airports will consolidate operations, including procurement, airport maintenance and supplier management. As an added benefit, they’ll do it with a platform that’s already familiar to the company.

“Nowadays, we have different implementations for each country,” Clivio says. “So, the idea is to standardize and follow corporate to better leverage what the system offers, and to have our own corporate fingerprint.”

The upgrade, which could save $1.5 million annually, will also consolidate CAAP’s financial information so it can be reported more efficiently to the U.S. Securities and Exchange Commission, which is required as the consortium is listed on the New York Stock Exchange.

Robots at the ready

On top of these benefits, Clivio says robots within the new SAP platform will perform tasks that are now done manually. This includes inputting billing information, which fits nicely with Clivio’s efforts to move AA2000 away from paper. Having robots take on manual tasks also frees up employees to do more analytical work and projects, he adds.

To measure the success of robotic operations, Clivio says he’ll implement a proof-of-concept tool iRPA, which is included in SAP’s business technology platform.

“It’s very important to apply agile methodology that lets us have results in a short time,” he says. “We need to measure, analyze, correct and go on within an iterative approach.” 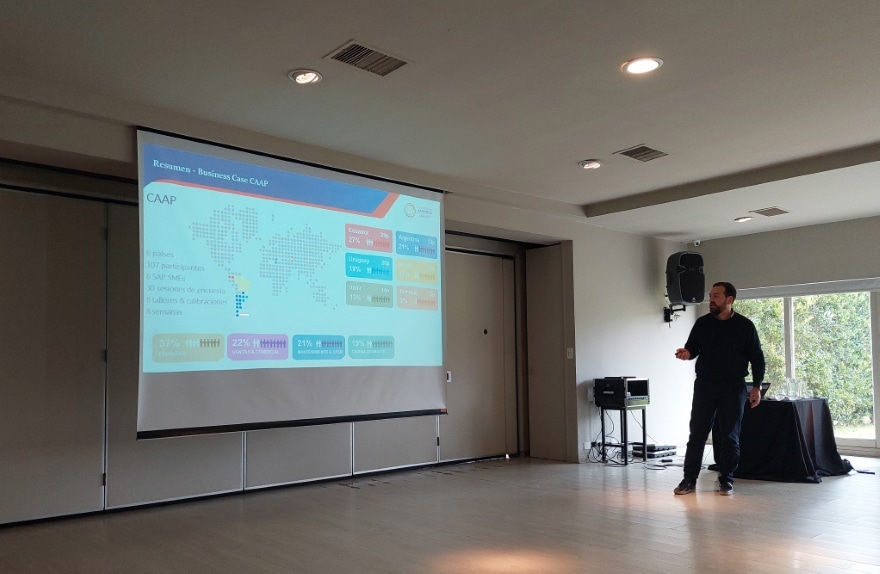 Clivio’s team is also working on two projects ahead of the S/4HANA upgrade, including integrating AA2000’s HR operations with Success Factors suite into the ERP. It’s a project he expects to be finished by the second quarter of 2023 and will improve how employees communicate with HR by using self-service activities and includes an app with real-time information and notifications.

Clivio and AA2000 are also digitalizing procurement processes with Ariba Sourcing to track and simplify sourcing and supplier relationships with Tema Consulting support, he says.

He also expects to complete adding an app for airport operations by the end of 2022. It’s already in use at 30 of the 35 airports AA2000 operates in Argentina and enables real-time notifications about operations activities and manages work schedules. Once fully implemented in Argentina, Clivio says he’ll help launch it in other CAAP airports.

Clivio was born and raised in Buenos Aires and is also an Italian citizen. He earned his bachelor’s degree in computer and IT administration and management from Universidad Centro de Altos Estudios en Ciencias Exactas in 1997.

After earning the degree, Clivio became a database associate professor at Universidad CAECE. While there, he also served as a project leader at Sistran Consultores S.A.

In January 2001, Clivio became a project leader at Telecom Argentina, and while there, earned a master’s degree in human resource management from Pontificia Universidad Católica Argentina.

“My HR background is important because it created the soft skills for leadership,” Clivio says. “It can help keep me close to teams and while I develop and manage relationships with other business units.” 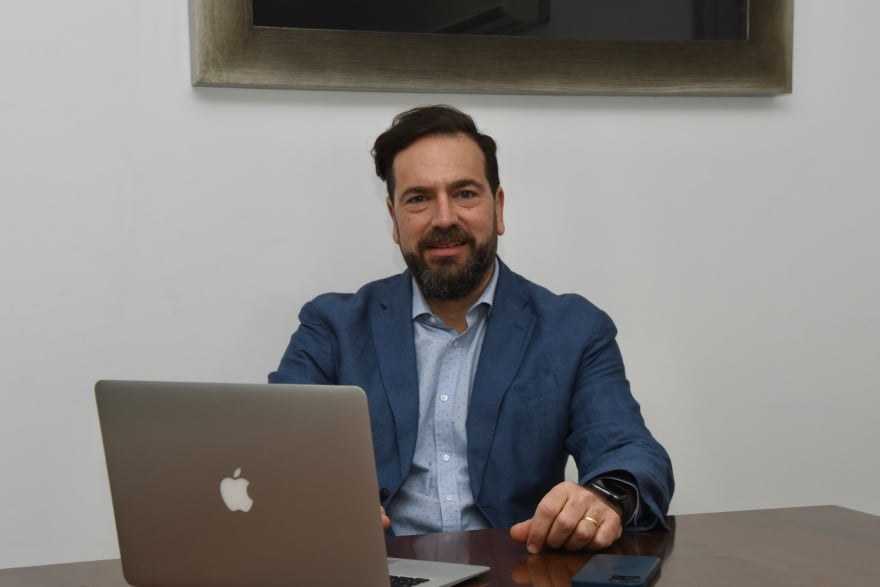 In 2006, Clivio joined MetroGAS, the largest natural gas distributor in Argentina and second largest in Latin America, as an IT development leader for nearly 800 users supporting more than 2 million clients and customers. In July 2009, he was promoted to project manager and became IT development chief in May 2012.

The scope of Clivio’s duties continued to increase as he guided implementation of software and platforms such as SAP and Click. When named user services manager in March 2014, he guided projects and help desk operations under the guidelines of the MetroGAS’ IT master plan.

Clivio was named IT manager in July 2015 and held the position until joining Aeropuertos Argentina 2000 in March 2020.

Outside work, Clivio enjoys mountain biking and riding his motorcycle.

“I love forming teams and creating solutions for companies by understanding strategy,” Clivio says. “My background is in change management. That means how to change the way people work, achieve technology adoption and balance their work and personal lives. I’m passionate about it and always learning more.” 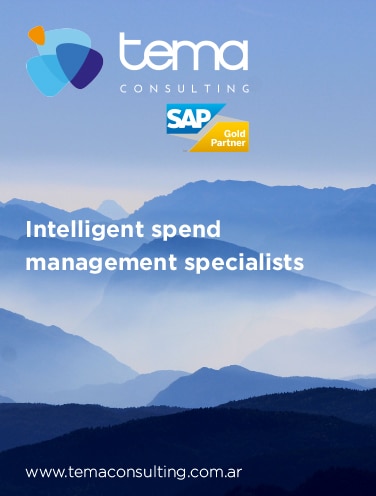