It may not be a deal Gary Jeter was born to make, but it’s one he’s equipped to steer after his years of military and civilian training and education. 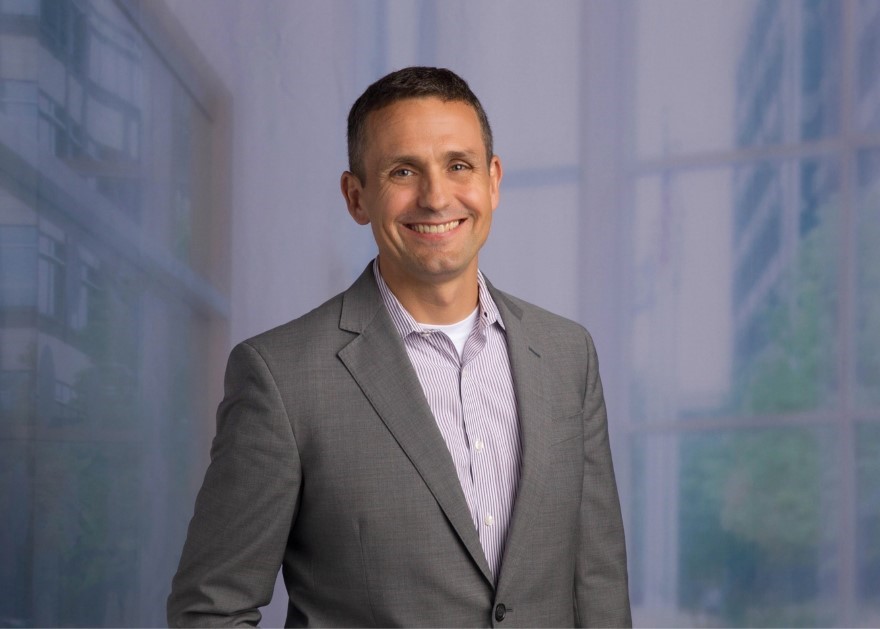 The merger between Firefly Credit Union and TruStone Financial Credit Union was not a done deal when Jeter, Firefly’s senior vice president and chief technology officer, chatted with Toggle. However, it was well on its way—even though myriad details remained to be handled before the anticipated official opening on March 1, 2021.

“This is the largest merger of equals of its kind,” Jeter says. “We’re just stepping into it. We have the plan in place, but there’s a lot of unknowns that will require agility.”

Though the devil may lurk in the details, it’s the approach that will smooth the path to completion as Jeter and TruStone Chief Operating Officer Hans Iverson lead the merger for their respective institutions.

“This merger will only make us stronger and deliver much more value to our members,” Jeter says. “There will be rapid decision-making and we can provide a more analytical approach. But none of this could happen without our amazing, super-passionate and knowledgeable IT staff. I’m very grateful about how well they’re respected and what we’ve been able to accomplish.”

Established in 1925 as a credit union serving postal workers, Firefly FCU has grown to about 80,000 members within the Twin Cities area of Minneapolis and St. Paul.

When completed, the Firefly name will change to TruStone, as the merger doubles the membership to 200,000, creating a financial network of 23 locations extending east into Wisconsin with assets of more than $3 billion.

The National Credit Union Administration and members of both credit unions still need to approve the merger and Jeter expects the legal entity to be established by Jan. 1, 2021.

Jeter and Iverson are also finding plenty of mutual benefits in the deal, especially on the complex technology side.

As Firefly shifts to Epysis, it’s also bringing along the 360 View customer relationship management tools used in its operations and marketing. Jeter says the CRM will provide a better data and information spread as the credit unions merge. 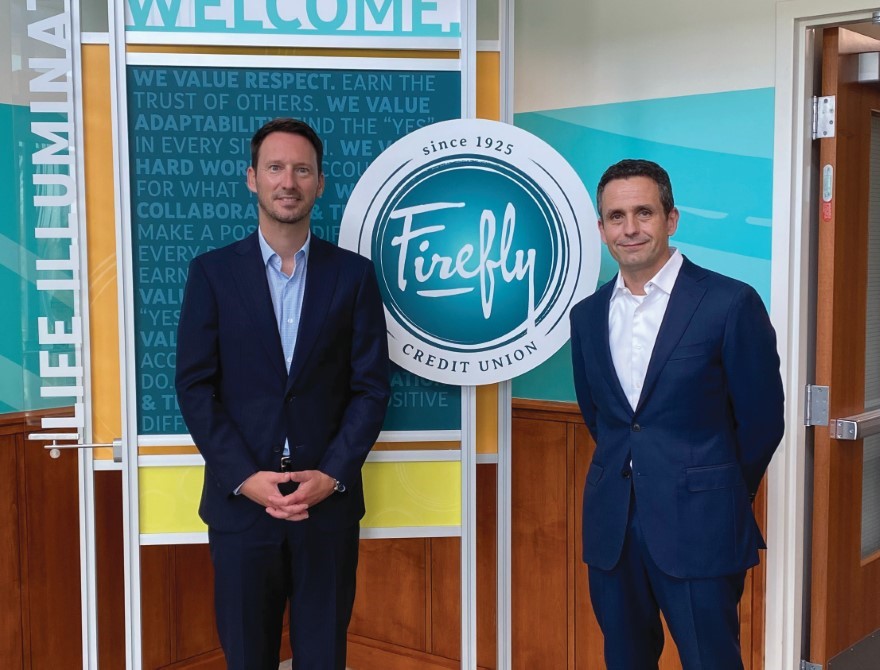 The merger also adds an expanded partnership with Entrust, used by TruStone, and Jeter is eager to see the benefits it brings.

“We’re very excited because all of our members will have the benefit and convenience of instantly issued new and replacement cards” he says.

Stuart Gaddy, the vice president of sales for Entrust, is also ready for big things in the partnership.

“Entrust is honored to be TruStone’s trusted partner to deliver our instantly issued contactless financial cards,” Gaddy says. “Together we will proudly serve their members with our convenient, secure and innovative solutions.”

While the intent is a seamless execution using the best technology available, Jeter and his team account for 300 different financial and tech areas—from data mapping to architecture—covering 27 different workstreams and almost 70 apps affected by the merger.

“What’s nice is as we’ve gone through this we’ve found synergies that have reduced costs by 33 percent,” he says. “That’s 33 percent we can invest back into our members through better technology and higher dividends.”

The credit unions’ teams are now executing the elements of the merger, and Jeter is leveraging his organizational experience—along with his tech savvy—to ensure proper training of employees.

To manage the tasks and workflow needed to complete the deal, the Firefly transition team is using the Kanban method. Developed by Toyota, the strategy maximizes workflow by prioritizing, leveraging Lean manufacturing principles, and detailing tasks at hand while also preventing potential bottlenecks. 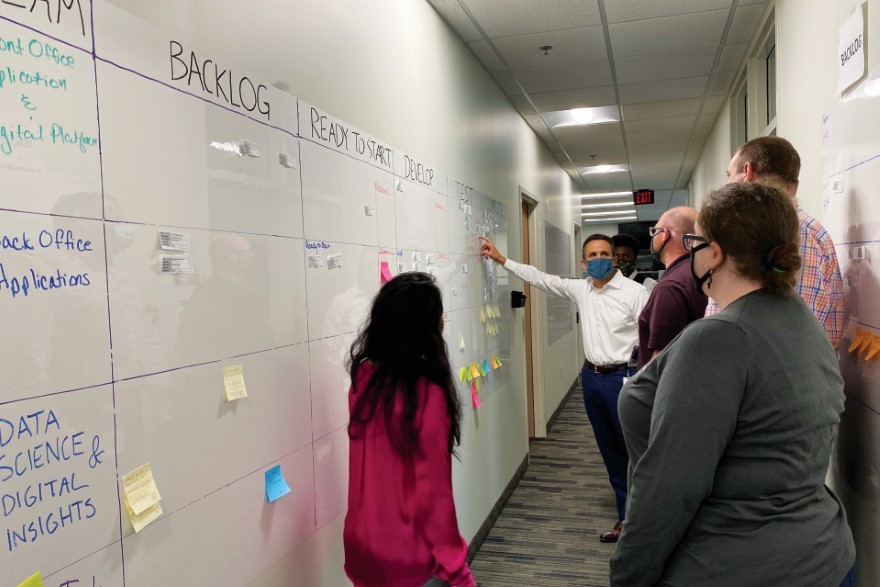 Jeter is adding his Six Sigma Master Black Belt certification to create a lean, but holistic process ensuring those closest to the work are in the best position to improve the processes.

It’s what he calls a “wing-to-wing” approach that also includes the metrics and dashboards needed to assess the progress being made in areas such as the implementation of technology.

Processes and results have been at the core of Jeter’s career—in both military and civilian life.

A native of Redmond, Washington, he lived in Japan while a high school senior and then entered the U.S. Military Academy at West Point, intent on majoring in physics and Chinese. Though he remained interested in physics, his knack for numbers eventually led to a bachelor’s in math with a minor in electrical engineering.

He graduated as a commissioned officer in 1991 and entered flight and Ranger schools where he flew and maintained Black Hawk and Cobra helicopters. This included service in Kosovo in the Balkans following the U.S.-led NATO air campaign in 1999. 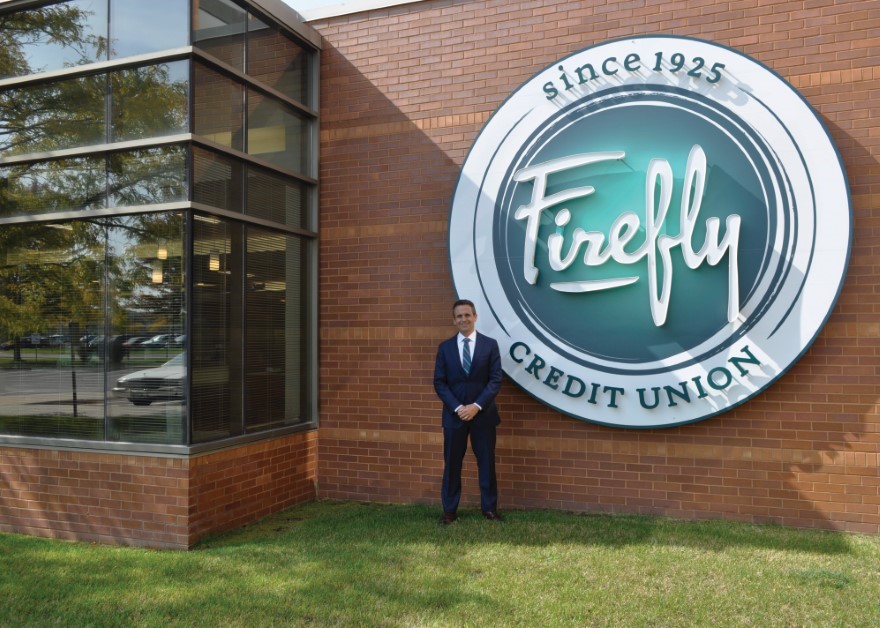 Upon leaving the Army in 2000, Jeter joined GE Aircraft Engines as a Sigma Six consultant, training employees of Thai Airways and All Nippon Airways while creating simulations and analysis models to predict failures and schedule services for Thai Airways aircraft engines.

“In the Army, I loved the maintenance role behind the scenes and keeping everything going,” Jeter recalls. “It was a natural transition to GE—I kept finding myself back in these IT backgrounds.”

Jeter then used his Six Sigma and tech skills while shifting to GE Capital in 2003, where he became IT director, supervising a team of 97 while implementing and supporting technology solutions.

In 2008, Jeter joined Ceridian—which provides software platforms for human resources including payroll, benefits and workforce management—as its vice president of quality. In 2011, he joined Optum as vice president of end user computing and support within IT, where he led a team of 1,300 employees supporting 250,000 employees of UnitedHealth Group.

His IT and leadership experience with Fortune 500 companies attracted the attention of Firefly CEO Dale Turner, who was implementing aggressive growth strategies and needed someone with experience in scaling organizations, Jeter says.

So in December 2019, Jeter became Firefly’s senior vice president and CTO. The merger with TruStone was announced in April—with Jeter on board and ready to fly.

“The leadership I learned in the military and at GE is that your success depends on the success of your employees,” Jeter says. “I make sure they have the tools, environments and recognition to be successful.” 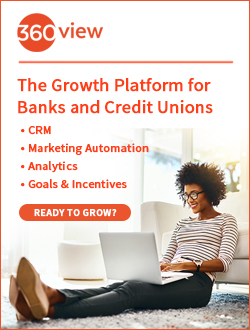 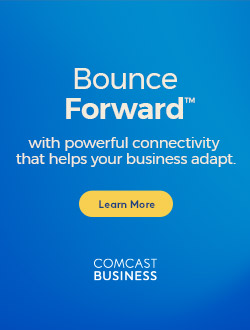 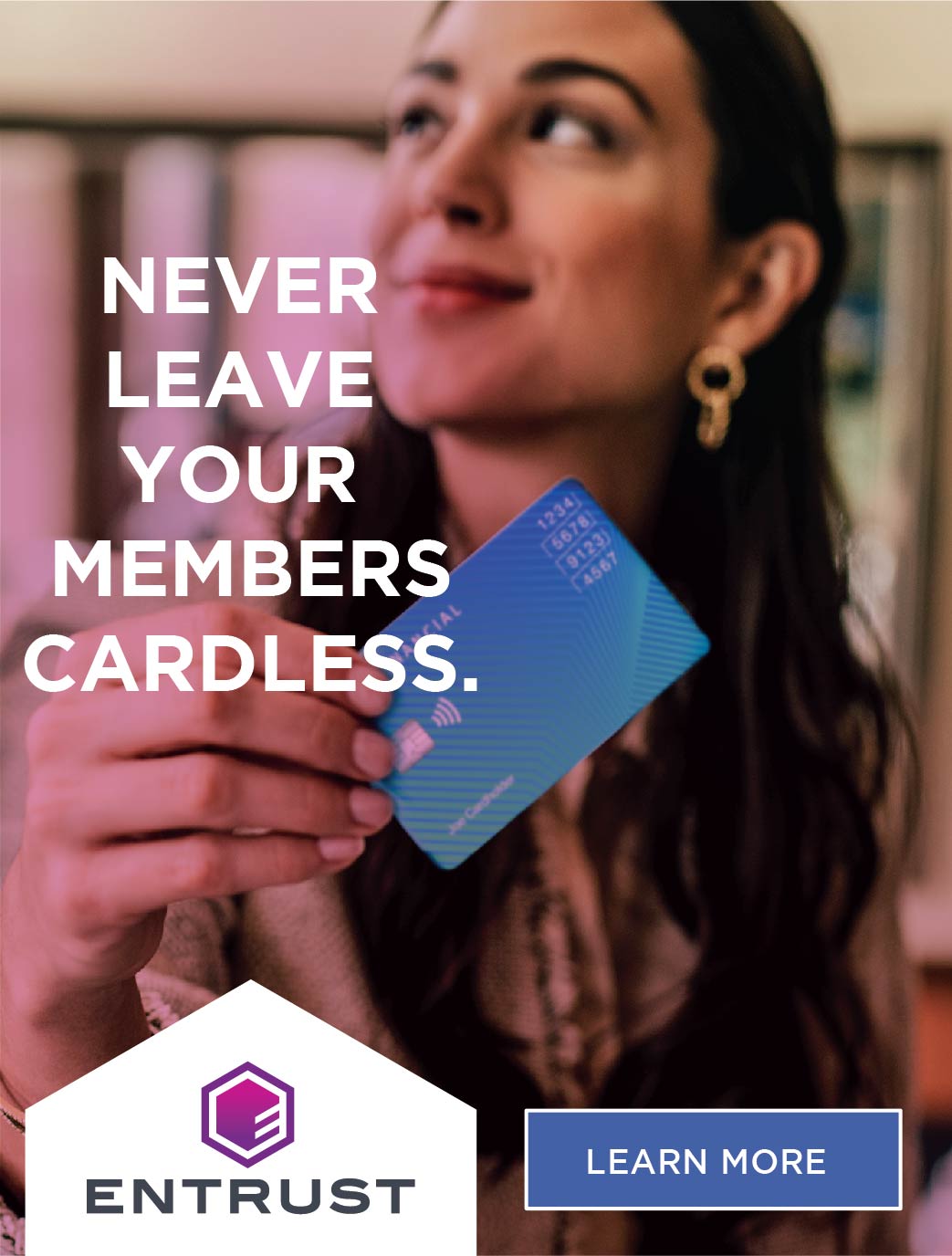 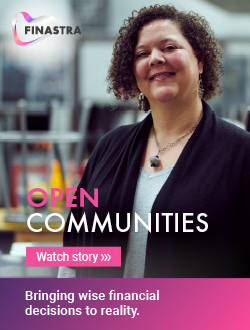