Gleaning trust one byte at a time

Football and baseball may be the first and second great American pastimes; the third may be coming up with sports analogies for them. Enter Arell Chapman to explain how this relates to the world of information technology.

“I’m not on the field playing often,” quips the vice president of information technology at Gleaner Life Insurance Society during a wide-ranging, at times philosophical, conversation with Toggle. “I’m watching my team out there doing the work they need to do and saying, ‘That was great, good job,’ or ‘That play didn’t go well.’” 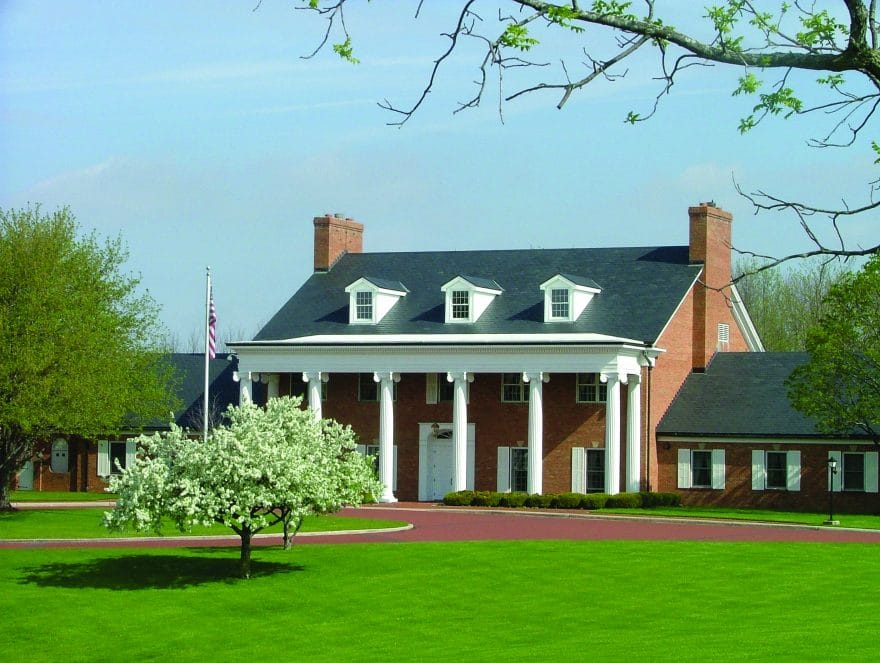 The latter type of conversation can be tough, but Chapman says he enjoys those talks the most. Being honest with employees, co-workers and executives about expectations and areas that need improvement leads to trust, which Chapman says is paramount to success in any business or department—especially IT.

“I need to gain their trust so that they become the best player they can be and the team becomes the best team it can be,” he says.

Insurance agents are perhaps too often lampooned as being snake oil salesmen, but Chapman points out that trust is what the entire industry was built upon back in the 1800s.

Fraternal insurers weren’t the only organizations selling life insurance at the time, but many groups of people were considered uninsurable by the larger companies. Fraternal organizations formed to provide life insurance to these groups through a cooperative spirit within their respective communities: Modern Woodmen and Foresters for lumberjacks, Knights of Columbus for Catholics, Sons of Norway for Norwegian immigrants, Thrivent for Lutherans, and Gleaner Life for farmers, among many other benefit organizations. 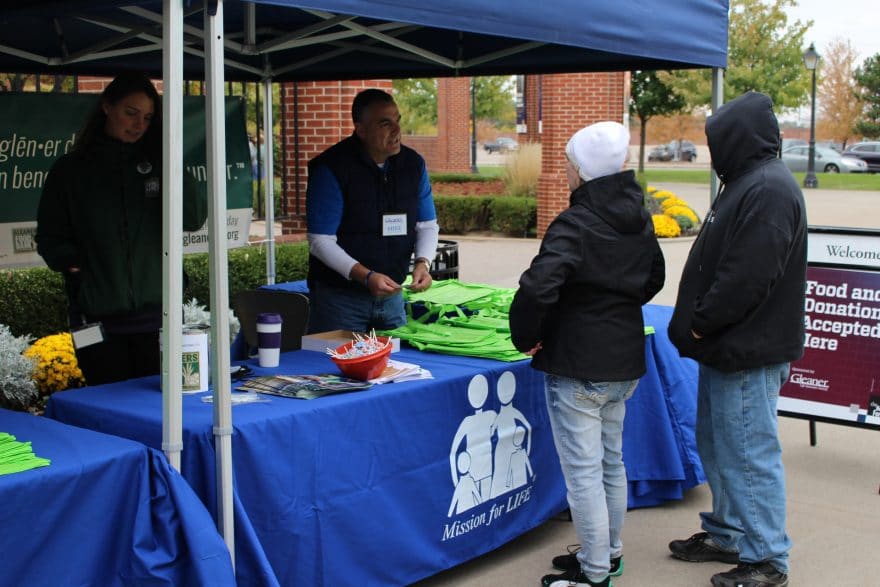 Gleaner Life, long ago known as the Ancient Order of Gleaners, was once one of those societies, and its founding dates all the way back to 1894. Even before Chapman was hired by this Michigan-based business in 2013, he knew the important roles that trust and communication play in accomplishing any business goals.

After starting in sales 25 years ago, he soon transitioned into an IT role, at numerous companies, and realized not only that the in-house technology was often lagging or lacking, but also that he possessed a unique ability to communicate this message to executives when other IT personnel could not.

All the way to the top

“The technology managers had a difficult time explaining why systems needed to be improved, or updated, or maintained,” he says. “My ability to communicate highly technical projects, ideas and requirements helped the business leaders bridge the gap of why an IT project is important and why the capital expenditures are necessary.”

Though there was some trust building with Gleaner Life’s execs, Chapman recalls getting off to a running start when he stepped into his role four years ago. His first act, in 2014, was an overhaul of Gleaner Life’s servers and a switch to private, cloud-based storage. Oftentimes in business, executives are wary when it comes to using the cloud, he explains, especially when they deal with sensitive data. Again, this often comes from a lack of understanding.

“Once the core systems were implemented, we began modernizing the software and additional systems we have,” he says, specifically mentioning Gleaner Life’s content and customer relationship management systems, as well as a new digital marketing solution.

But these updates didn’t occur without challenges, like when Gleaner Life began losing some of its programmers to retirement. They couldn’t simply be replaced by younger programmers, as COBOL, the programming language used by the company, was no longer being taught in most schools.

In a way, Gleaner Life got lucky.

“The company that owned the COBOL software began laying off their employees,” Chapman says, “and we began hiring them immediately.” This programmer group now includes three full-time employees and three contractors, in addition to 13 other IT workers.

“It would have been hard to survive without their guidance, direction and knowledge,” he adds, pointing out that a new system would have cost $5-10 million. With this increased stability, Gleaner Life is looking to build its own system to replace COBOL sometime in 2018.

Starting from scratch won’t be anything new for the IT team.

“In some instances, we had to completely gut and start over, like in our website,” Chapman says, explaining that not only was it restructured and modernized, but a third portal was added. In addition to sections dedicated to Gleaner Life’s members and agents, there is now a volunteer portal that offers information about the company’s charitable donations, scholarships and other volunteer groups, which it calls “arbors.”

A little help from my friends

Chapman is also a proponent of building relationships and trust with both new and existing vendors, referring to them as “partners,” specifically citing Infusionsoft and Scandia. The latter was a huge help when it came to the website revamp.

“They walked us through it initially, held our hand throughout and stayed in contact after the work was completed,” he says. 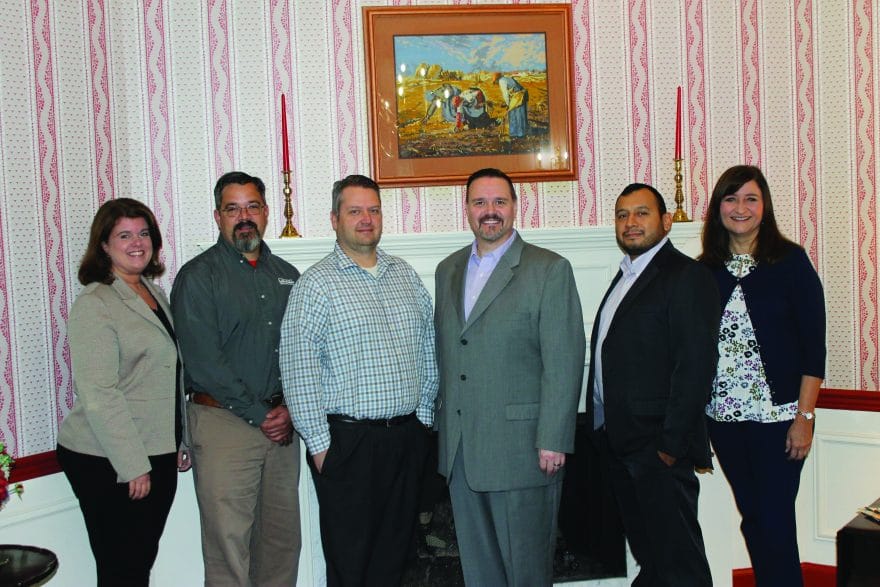 However, Chapman also believes that many companies lean too heavily on partners when the companies themselves might be best-equipped to tackle issues.

“We realized that we have to make sure we’re always still in control of our projects.”

Slow is smooth and smooth is fast

When a transformation needs to take place, managers will all too often attempt to put the pedal to the metal, which leads to accidents, Chapman says. Instead, he likens the appropriate progression of these changes to the turning of a dial.

“Everything I coach about the projects, the change, our individual improvement—it’s one click at a time.”

A goal might seem overwhelming at first, and the progress may appear slow, but steady, imperceptible tweaks can usher in large, sweeping changes.

But Chapman doesn’t measure success in product or monetary figures.

“Success to me is that we’ve opened clear lines of communication and we trust each other enough to figure out what went wrong and how we can get better at it,” he says. 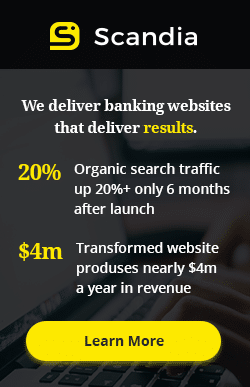