Now shining for a shopping chain

It’s an international operation that in some ways has seemed to be going against the tide of modern retail.

For Casaideas, one of South America’s dominant chains for household and design merchandise, has yet to fully embrace online shopping. It does sell digital gift cards online, but for the most part depends on customers visiting its 56 stores in Chile, Peru and Bolivia. 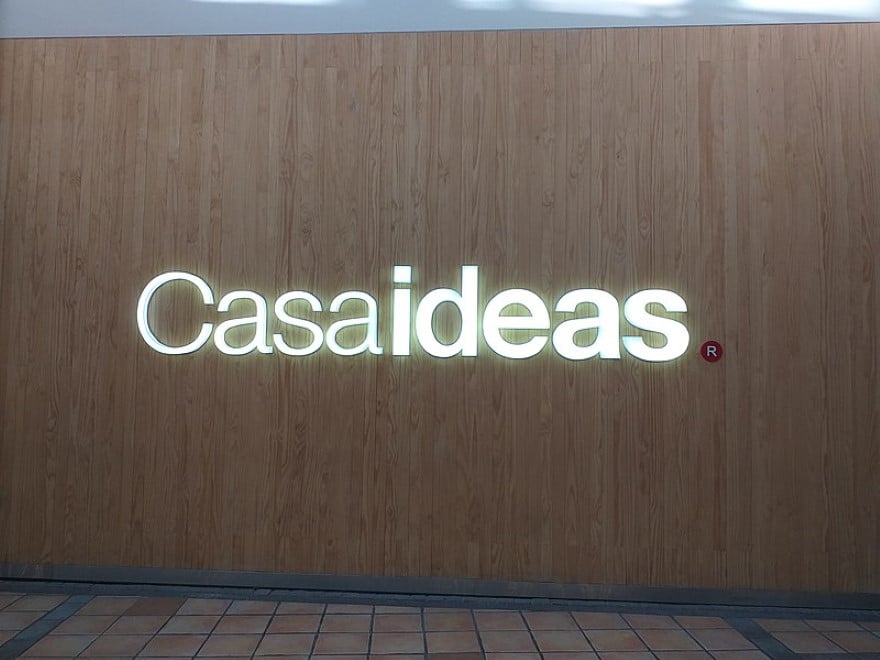 Given its rapid growth, huge inventory, extensive lineup of suppliers and vendors, and growing need for data security, it still requires a world-class info-tech department, and for the past year Casaideas has been making accelerated strides under the guidance of IT Corporate Manager Gonzalo Funes.

As for whether Casaideas will extend to selling online, well, that’s among the many subjects that the bosses will be taking up with Funes.

He’s an industrial engineer highly credentialed in technologies, information systems and portfolio management of investment capital projects. This past December, as he celebrated his first anniversary at Casaideas’ headquarters in Santiago, Chile, he spoke with Toggle about what had been a very eventful year on the job, and how he anticipates the IT department taking on more responsibilities as it prepares the company for bigger and better things in a very competitive industry.

Buying in to new industry

There’s one thing for certain: the retail market is a much different industry for Funes. His previous post of nearly a decade entailed various IT roles for the South American operations of the world’s largest gold mining company.

But, as Funes explains, a capable IT boss readily adapts to new surroundings, especially when he or she is afforded a seat at the table. That being the case at Casaideas, Funes is glad to have accepted the new challenge and he’s got some indispensable strategic partners in his corner such as another Chile-based entity, SONDA. 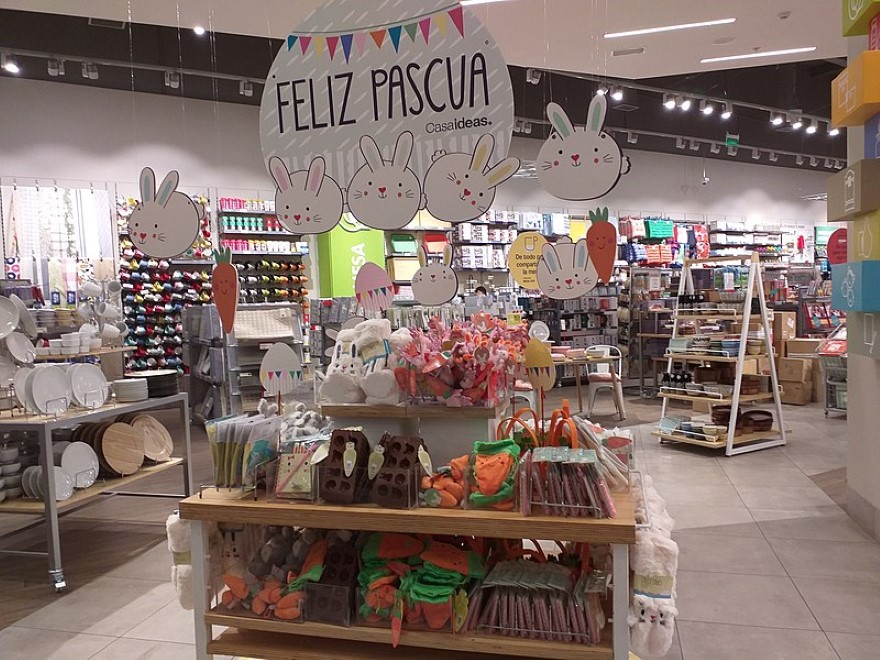 Latin America’s leading IT services network, SONDA’s interaction with Casaideas predates Funes’ arrival, as it had a six-year contract in place.

The bond has grown stronger in the past year, SONDA enhancing Funes’ initiatives with the introduction or upgrade of data center services, the transformation to the cloud, Office 365 and online security. The need for that latter provision has only increased as countries in every hemisphere borrow from the European Union’s General Data Protection Regulation and its processes for heavy penalties against companies that fail to comply.

Funes’ responsibilities include ensuring that no personal data is shared with third parties unless it’s about delivering new services that a customer has accepted by subscribing to the company newsletter and clients’ program.

After the gold rush

Funes also has the opportunity to make full use of skills garnered in his multiple roles with Barrick Gold Corp., a Toronto-headquartered company whose worldwide operations include mines in Argentina, Chile and Peru.

During his last couple of years there as an IT manager in Santiago, he was depended on for, among other duties, managing change with the leadership teams of Chile, Peru and Argentina for consolidation of the regional Oracle Enterprise Resource Planning (ERP) into Global Instance and its amenities for greater standardization. He also had a strong hand in IT projects for activities well outside Latin America, including in the United States where Barrick has mines in Nevada and Alaska. 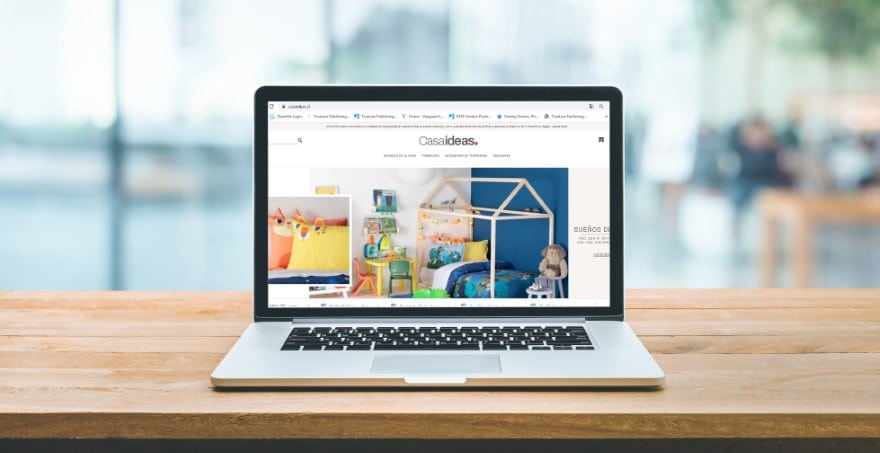 Funes came to Barrick in 2008 as a regional applications manager, meriting a promotion to IT regional manager in Santiago. Prior to joining forces with the gold miner, he had served 12 years as a project manager and principal consultant at Oracle’s facilities in Santiago. Before then were shorter stretches at—in reverse order—synthetic leather maker Caimi SAC in Casablanca and Price Waterhouse in Santiago.

A 1988 graduate of Universidad Tecnica Federico Santa Maria with a degree in industrial engineering, Funes enhanced his qualifications with a diploma in mining and mining management from Universidad Adolfo Ibanez in 2010. Being fluent in Spanish, English and Italian has aided Funes, and these abilities are being put to good use as Casaideas extends its reach across Latin America.

Which has always been home to Funes, who considers himself fortunate that so many of his jobs have been in Santiago Province. Lately Chile has been undergoing civil unrest, but he’s among the many hoping for a peaceful resolution of the issues.

Chile has long been considered South America’s most stable and prosperous nation, and one that Casaideas has taken pride in having among its economic and social anchors. 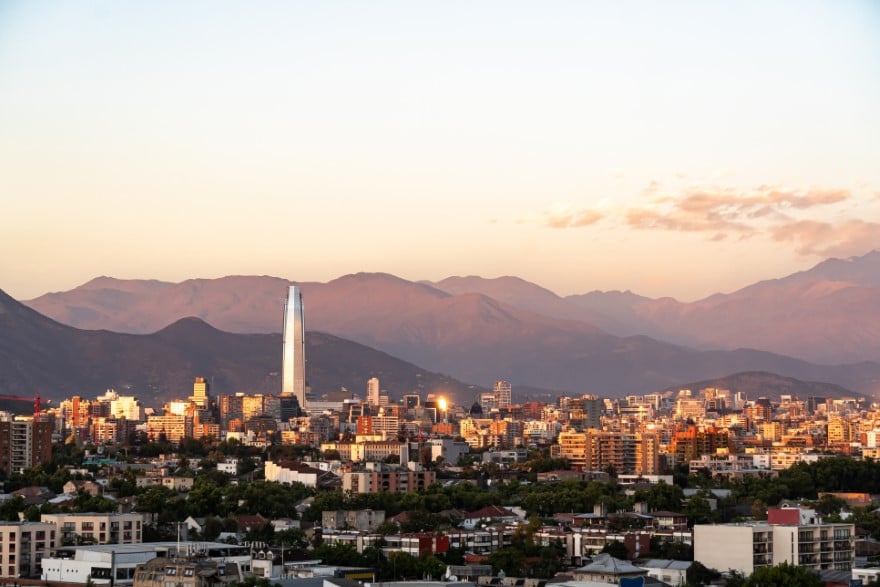 Founded in 1993 under the name Casa, it evolved to the first “Casa & Ideas” stores being inaugurated, with a change of name, rebrand and solid relationships with suppliers, vendors and customers.

Retail being such an evolving industry, it’s essential for the company to stay ahead of all curves, especially with competition from so many sources. Now in his second year in charge of IT, Funes has fully immersed himself in all matters technological while collaborating with the other departments in shaping Casaideas’ new economic model that retains the best of the past, but with an eye on the future.